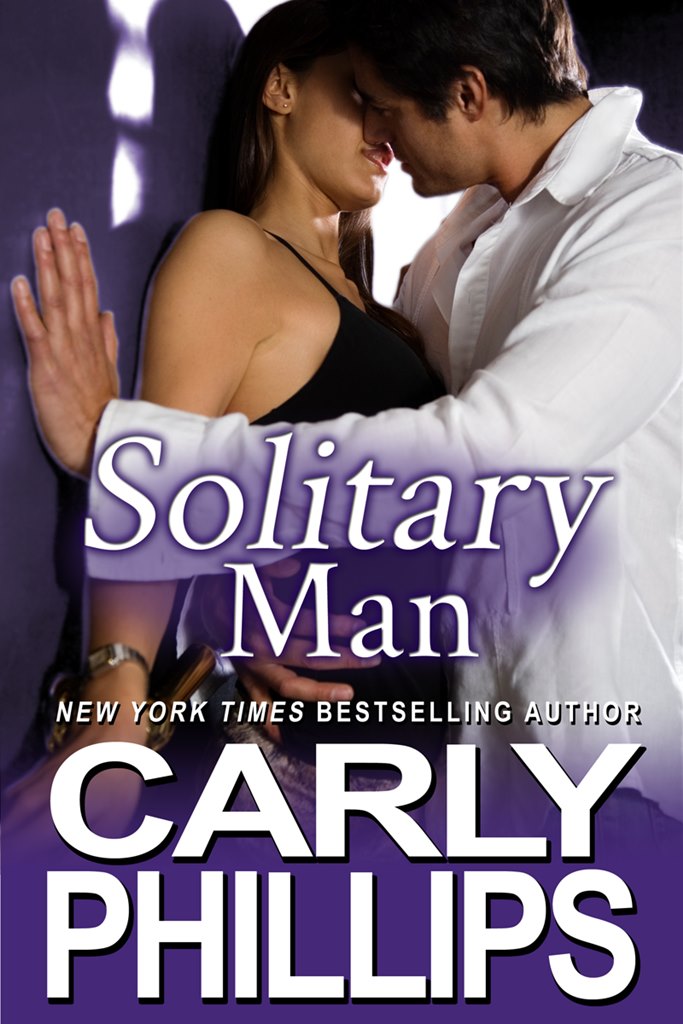 All rights reserved. No part of this book may be used or reproduced in any manner whatsoever without permission except in the case of brief quotations embodied in critical articles and reviews. This book is a work of fiction. Names, characters, places and incidents are either products of the author’s imagination or used fictitiously. Any resemblance to actual events, locals, or persons, living or dead, is entirely coincidental. All rights reserved. No part of this publication can be reproduced or transmitted in any form or by any means, electronic or mechanical, without permission in writing from the Author.

Keep up with Carly

H
e killed his partner. He might as well have taken the gun and pulled the trigger himself. Only forty-eight hours had passed during which he’d doubted anything would help him forget. How ironic it was that the woman in his bed had done what a bottle of scotch could not. She’d been a blessing, something he didn’t deserve.

She tossed and turned in her sleep. He understood the source of her distress; it was his as well. Grief washed over her in waves, burrowing into her heart, reaching deep inside her soul. He knew and felt her pain as if it were his own. He should, considering he was the cause. Yet she’d reached out for him and he hadn’t been able to turn her away. Not when she’d looked to him for comfort, and not, damn him, when comfort had turned to desire.

When he screwed up, he screwed up royally. He’d arrived on the scene too late to help, but in time to watch his partner die. He’d been too busy tending to his drunken father and Tony was dead because of it.

Then, when Tony’s sister had turned up on his doorstep seeking comfort, he had taken her to bed. If he were capable of real emotion, he’d think they had more than just sex. He knew better. Guilt weighed heavily because Tony was dead and he wasn’t. Because he’d let his partner down. Twice. Because Nikki, for all her bravado last night, was an innocent. He muttered a curse and allowed himself one last glance at the rumpled bed. Her black hair stood out in stark contrast against the white sheets and her soft skin beckoned to him. He wanted nothing more than to join her, to lose himself in her once more, because she’d brought him more peace than he’d ever known. More than he deserved. If he thought he could bring anything good to her life… He shook his head in disgust.

He knew what he was, who he was. Hadn’t the events of the past two days proven he wasn’t any good at caring for anyone but himself? He tossed his duffel bag over his shoulder and did what he did best: He turned and walked out the door without looking back.

K
evin Manning let himself into the rambling house he’d inherited a month ago. No sound greeted him as he entered, just the echo of his shoes on the hardwood floor. The quiet enveloped him, welcoming him home and leaving him alone with his thoughts. Not a pleasant place to be lately. Maybe he ought to get a dog. At least someone would get some use out of the grassy backyard. And he could use the company.

He tossed his keys onto the kitchen counter and grabbed a cold bottle of beer from the fridge. The steady red flicker of the answering machine caught his eye and he hit the play button, listening as the digital voice announced one message. He tilted the bottle to his lips and let a hefty sip of brew slide down his throat as the first call played.

“Hey, sonny boy. My birthday and you couldn’t be bothered to lift the goddamned phone.” A gritty, drunken chuckle followed. “If it weren’t for me you wouldn’t even be on this planet so give the old man a call. Better yet, stop by. I’m dying of thirst.”

The smooth taste turned sour in his mouth and he headed for the kitchen to pour the nearly full bottle down the drain. The old man might claim all Mannings were alike and Kevin might have proven him right only two short months ago, but he’d be damned if he’d willingly take another step toward hell.

On the way home, he’d stopped by the seedy apartment where he’d grown up, drawn by the continuing sense of obligation he lived with on a daily basis. Peering through the window, he’d seen his father passed out on the couch, bottle of scotch in hand. Visiting would have been useless and Kevin had given up trying to reform him years ago. He’d only gotten backhanded for his trouble. Instead he kept tabs on the old man and made sure he had a roof over his head, not that his father appreciated the gesture.

A persistent ring brought him out of the past and he glanced at the phone. Whether the answering machine picked up the call or he did, Kevin would have to deal with his so-called father. Might as well get it over with.

An hour later, he walked toward the Yuppie bar, wishing he’d let the machine screen his calls. Even dealing with the old man would be preferable to this. He’d only been back in town for a couple of weeks, and he’d planned on dealing with his recent past, but on his own terms. When he was ready to face the casualties his actions had caused.

Kevin pulled open the door with the word STARS etched into the fogged glass. He had no business being in a place like this but he hadn’t chosen the location any more than he’d wanted the meeting. He entered the upscale establishment and grabbed a seat by the bar. A club with fancy theme drinks and wall-to-wall suits wasn’t the place he’d pick to spend his down time, but he had to admit that it beat the empty place he now called home.

He ordered a club soda from the bartender, kicked back, and took in his surroundings. From his cushioned stool, he had a perfect view of the front door and, thanks to the mirrored walls around him, a sweeping angle of the back twenty tables which had yet to be filled. A seductive-looking waitress with dark hair and a bottle of cleaning fluid made her way between the tables, pausing only to spray and wipe before moving on to the next target.

Kevin watched her, appreciating the soft sway of her hips as she moved to the beat of the music. She leaned over the glass tabletops, giving him an enticing view of a firm behind enclosed in tight denim and long legs covered by black cowboy boots. As she headed for the next table, she paused, glancing back toward the bar and its growing number of customers before swinging around once more. Kevin choked on a gulp of club soda.

In the brief second during which he caught a glimpse of her face, the sexy waitress had reminded him of Nikki. He hadn’t thought of her in a while, hadn’t allowed himself the pain… or the pleasure. Except in his dreams where control deserted him and desire took over. In his more rational waking moments, he knew the night couldn’t have been as good as he remembered and even if it was, two months had passed, enough time to put her behind him. And he had. He wouldn’t be thinking of her now if not for an unexpected resemblance coming on top of tonight’s meeting.

Kevin focused on the waitress as she polished the brass railings above the booths. Small waist, just narrow enough for his fingers to span, and impossibly long legs. He shifted uncomfortably in his seat. Yeah, she resembled Nikki all right. He and Tony had been partners for eight years and during that time he’d come to know Nikki pretty well. Funny how he hadn’t thought of her as anything other than Tony’s kid sister, not until their last night together, when he’d learned she was more than he’d ever dreamed.

All the facts he knew about Nicole told him he wouldn’t find Tony’s sister working in a place like this. Last time he’d seen her she’d been one semester short of her teaching degree, not drink-serving 101.

He glanced at her look-alike. If his eyes had to play tricks on him at least he had a hell of a view. He downed the last of his soda and gestured for another, never taking his eyes from the long legs that sparked his memory. Of him helping Nikki lift her flowing skirt around her waist, of pushing aside the soft fabric and burying himself inside her warmth. Nikki had wrapped those legs around his waist many times that night. She might have been innocent when they started, but not when dawn finally broke and the night came to an end. She’d been eager, willing and he hadn’t thought to stop. He hadn’t thought beyond the driving need to block out the numbing grief and guilt over his role in his partner’s death.

For a few hours, she’d done the impossible. She’d allowed him to forget. Even now his body reacted to the thought of Nikki as if she were standing before him. As if time, circumstance, and his fatal error in judgment had never happened. But it had. Meeting Tony’s widow in this bar was proof of that.
What did Janine need to talk about?
he wondered.

Dark Eden by Beckett, Chris
A Pirate's Dream by Marie Hall
Doc Savage: The Ice Genius (The Wild Adventures of Doc Savage Book 12) by Kenneth Robeson, Will Murray, Lester Dent
The Pearl Wars by Nick James
To The Grave by Steve Robinson
Lotus and Thorn by Sara Wilson Etienne
Secret Scorpio by Alan Burt Akers
Jonquils for Jax: The Rousseaus #1 (The Blueberry Lane Series Book 12) by Katy Regnery
Wintermoon Ice (2010) by Francis, Suzanne
The Lady and the Duke by Olivia Kelly