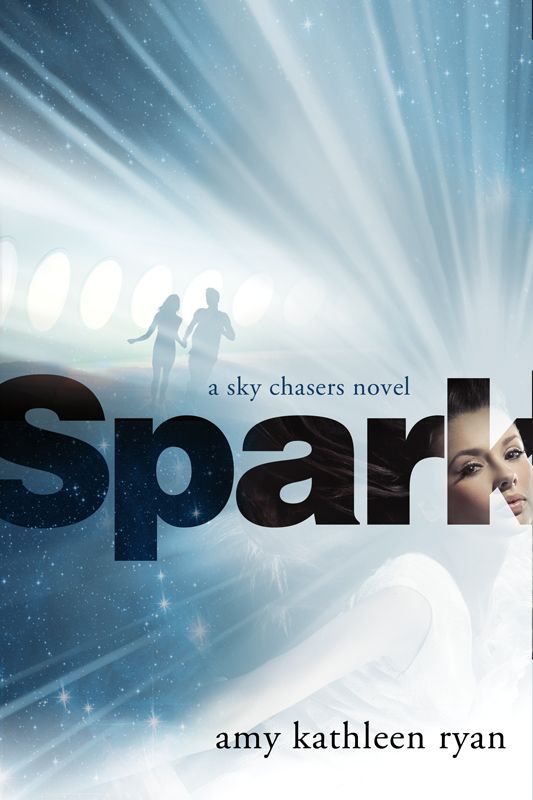 The Burdens of Leadership

It is error alone which needs the support of government. Truth can stand by itself.

All men make mistakes, but a good man yields when he knows his course is wrong, and repairs the evil. The only sin is pride.

Seth Ardvale wasn’t aware of what woke him; he only remembered the fading dream of a rumbling sound that shook his bones. He sat up on his lonely cot in the brig, deep in the bowels of the Empyrean, and rubbed his eyes. He listened for voices. Sometimes he could catch hints about what was going on from the chatter of his guards, but there was no sound at all.

This isolation was part of his punishment, along with the lights being kept on twenty-four hours a day. Seth had come to accept that it might be a very long time before he was out of the brig. If Kieran Alden stayed Captain of the Empyrean, Seth might never get out. He supposed he deserved imprisonment, not just for the failed mutiny he’d staged against Kieran. He deserved to be here because of who he was. “I’m my father’s son,” he said aloud.

The sound of his own voice startled him. He
hated
that he’d begun talking to himself, but that was how to survive solitary confinement. He had long, internal conversations, and he always imagined talking to the same person: Waverly Marshall. He would close his eyes and see her on the other side of the bars to his cell, sitting on the floor, her hands wrapped around an ankle, chin leaning on her knee. The conversation always picked up where they’d left off a month before, after he’d asked her to get him out of the brig. She’d only looked at him, a haunting hesitation in her deep brown eyes, the rest of her lovely features smooth and expressionless. He knew her well enough to see she didn’t trust him.

“Get me out of here,” he’d said, pleading, a hand on one of the cold bars between them.

She’d looked at him for a long time before finally saying through a long, exhaled breath, “I can’t do that.”

And she’d gotten up and walked away.

Could he blame her? He’d staged a mutiny against her boyfriend, Kieran Alden, had thrown him in the brig, withheld food from him, and, some would say, tried to kill him. It had all made sense to Seth at the time; that’s how crazy he’d been. The
time
had been crazy. Out of nowhere the New Horizon had attacked the Empyrean, taken all the girls, and caused a containment leak in the reactors that ended up killing Seth’s father. But that didn’t excuse him. All the kids on the Empyrean had lost parents or were separated from them; all of them had terrifying responsibilities to run the ship without a single functional adult on board. Among them, Seth Ardvale had the lone distinction of acting like a sociopath.

“Maybe that’s what I am,” he whispered, then covered his mouth with his hand.

Waverly had been right to walk away.

But he still imagined a million different things he could have said to get her to stay. “You’re right. You shouldn’t risk it,” or, “I understand you can’t betray Kieran,” or simply, “Don’t go.”

Then he’d imagine how she would look as she turned back to him, how he might make her smile or even laugh. How she’d tuck her hair behind her ear just before glancing away again—a small, demure gesture that pierced his heart every time she did it.

But he’d said nothing that day. In his shame he’d let her leave.

If he ever did get out of here, he’d show her he could be a good person. It didn’t matter that he could never have her. He just couldn’t stand the thought of her thinking badly of him. And maybe, just maybe, he could help her, too. Because whatever had happened to her on the New Horizon had pulled her downward, bent her back, hollowed out her eyes. If he could see her again, he’d take nothing from her. He wanted nothing. He just wanted to help—be a friend.

Seth curled himself into a compact ball. He felt heavy and lethargic. The sound that woke him must have been a change in the engines, another increase in the ship’s acceleration in a vain attempt to catch up with the New Horizon, where all the parents were being held hostage. It would never work, Seth knew, but he would never have a say in the decision-making process again. He would always be a pariah.

“Sleep, sleep, I can sleep,” he whispered. It sometimes helped. “I’m just a body, I’m not a mind. I’m a body that needs to sleep.”

Then he heard the whine of the ship’s intercom, and Kieran Alden’s voice: “Evacuate to the central bunker!”

The alarm light in the corridor started twirling in blue and red.

Seth threw aside his bedclothes, ran to the bars of his cell, and yelled down the corridor, “Hey! What’s happening?”

“You can’t leave me in here!” Seth stepped to his right to try and get a look down the corridor between the cells, and tripped over a plate of bread and miso spread that had been left for him. He saw only rows of cold iron bars, and shadows. “You have to let me out!”

In his panic, Seth pulled helplessly on the door of his cell.

He stared, dumbfounded, and took a stealthy step outside and looked down the corridor.

There was no one.

Slowly he crept down the passageway, past Max Brent’s cage, which also hung open and was empty. He went to the door that led to the outer corridor and listened, then inched it open.

Down the hall, a booted foot was sticking out of the maintenance closet. Seth approached cautiously, his eyes on the boot, looking for the slightest twitch that would send him running, but the boot didn’t move. He nudged the door open and saw his guard, Harvey Markem, lying on the floor. Seth leaned over him, his ear to unmoving lips, and waited until a warm puff of air escaped them. A clotted mass of blood showed from beneath Harvey’s wiry red hair. Seth took the boy’s walkie-talkie off his belt and pressed the call button. “Hello?”

From the other end he heard only static.

“I need medical assistance down here,” Seth said, and listened.

No response. He looked at the many channels and frequencies, trying to guess which one would reach Central Command. But he didn’t have time to go through them, not if he wanted to escape, so he dropped the walkie-talkie on the floor.

Seth started down the corridor, telling himself Harvey would be all right. When he reached the stairwell door, he turned again and looked at the foot. It hadn’t moved, not a centimeter. What if Harvey was bleeding in his brain? What if he died?

Sighing, Seth went back to the closet, dragged Harvey out, pulled the boy into a sitting position, then draped him over his shoulder in a fireman’s hold. When he stood up, the pressure of Harvey’s weight seemed to squeeze all Seth’s blood into his face, and he broke into an instant sweat. Swaying with the strain, he started down the corridor again. Harvey was big anyway, but with the additional inertia from the Empyrean’s increased speed, he felt as if he were made of wet cement.

Seth’s legs shook, and for a moment he considered taking the elevator up, but he’d be spotted by the security camera immediately, and if the doors opened to a group of people, there would be nowhere to run. So Seth struggled up the stairwell, where there were no cameras, sweat pouring down his face and pooling in the hollow at the base of his ribcage.

The stairs were endless, disappearing into a bleak vanishing point above. He had to get Harvey to the central bunker, which was so many flights up Seth didn’t have the energy to count. That’s where everyone would be during an emergency, and it would be the only place Harvey could get any help.

Twice Seth sank to his knees. But if he left Harvey in the stairwell, the boy could die there, so he kept on climbing, every step painful.

When he heard voices, he knew he was close. The last few steps were torture, but Seth threw his weight forward and forced himself up, knees popping, spine bent. He paused to listen at the doorway and heard two girls talking in the hallway outside the central bunker.

“Did they come back?” said a squeaky little voice on the other side of the door. “Are they coming to get us again?”

“If they are, panicking won’t help.” This sounded like that freckle-faced little spitfire, Sarah Hodges.

“What if the hull blew up?” the little girl fretted.

“If the hull blew up, you and I wouldn’t be here,” Sarah said.

Slowly, Seth lowered Harvey to the floor and bent over with his hands on his knees to wait until his breath came back. When he was sure he could run, Seth rapped his knuckles on the door and took off, sprinting down three flights of stairs before he heard Sarah Hodges calling into the stairwell, “Hey! Who’s there! Oh my God, Harvey!”

Seth had covered another five flights when he heard footsteps coming after him. He only needed another four flights and then he’d be home free. “Please, please, please.” Seth repeated the word in his mind, pushing away the pain in his limbs, sending his exhaustion outside of himself so that he could run.

When he finally reached the level he needed, he gripped the door handle. As quietly as he could, he swung the door open and slipped through it, then pelted down the corridor and ducked into the nearest doorway.

Immediately his senses were filled with the fresh, loamy air of the rain forest. God, he’d missed this. The humid air moistened his prison-dry skin as he ran through the coconut groves, past the lemon trees, where he turned into the undergrowth of the Australian species. He dove into a stand of eucalyptus and huddled there, his heart pounding on the wall of his chest, hands wrapped around his ankles, and he listened.

Not a footstep. Not a whisper. He’d escaped! Until he could find out what had gone wrong with the Empyrean, he would wait here.

His mind turned to Waverly. She’d never hurt Harvey or endanger the ship, but she could have found a way to let Seth and Max out. Then Max could have been the one to hit Harvey over the head and cause the explosions. Would Max do a thing that vicious?

When they’d shared a cell, Seth had listened to Max rave about all the things he’d do to Kieran Alden when he got out of the brig, how he’d lie in wait for him and pummel him, or use a knife, and then he’d go after his pencil-necked little friend Arthur Dietrich, and that traitor Sarek Hassan. The more he heard Max’s sick revenge fantasies, the more Seth wondered why he’d ever chosen the boy as his right-hand man.