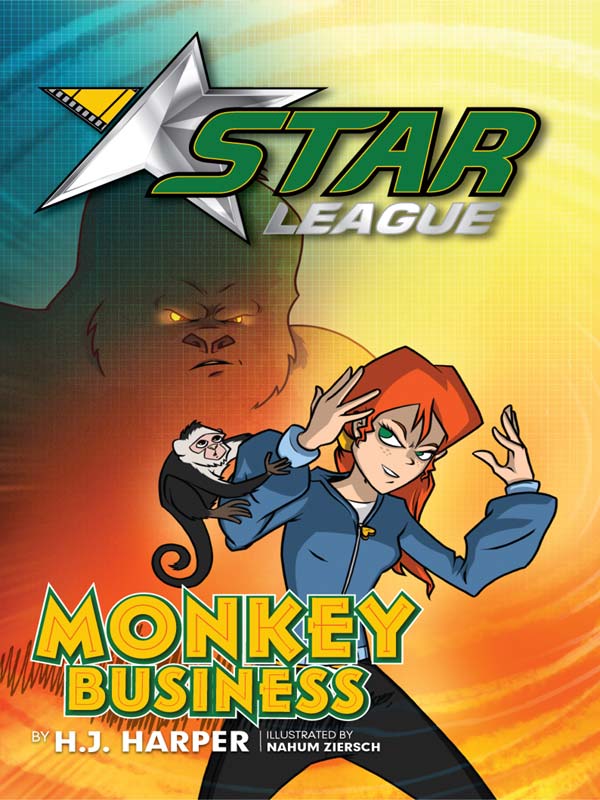 All rights reserved. No part of this book may be reproduced or transmitted by any person or entity, including internet search engines or retailers, in any form or by any means, electronic or mechanical, including photocopying (except under the statutory exceptions provisions of the Australian
Copyright Act 1968
), recording, scanning or by any information storage and retrieval system without the prior written permission of Random House Australia. 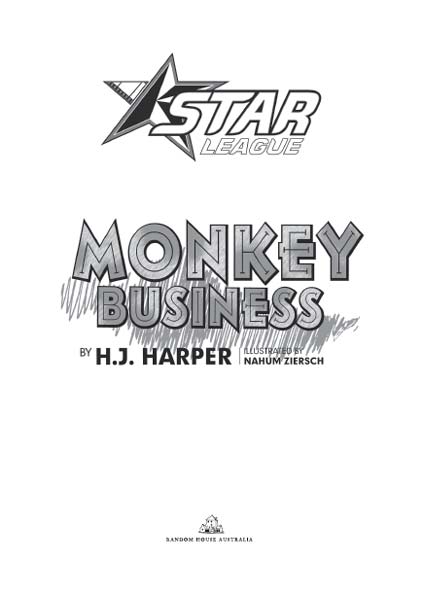 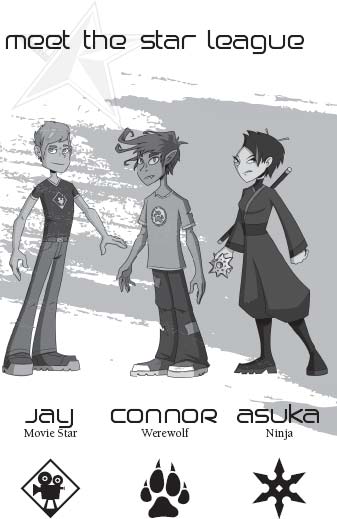 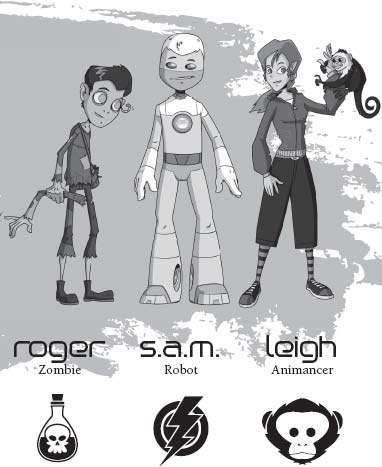 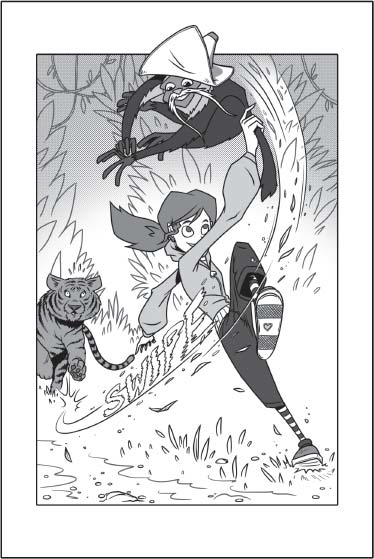 âI sure would like to get out of here,' I mutter, trying to twist out of the vines wrapped around my wrists, âbut my hands are tied â literally!'

I sigh and glance around the jungle. The wall of leaves surrounding me is alive with the shrieks and squawks of a thousand creatures. There's no sign of any humans, although that's probably a good thing since the last people I saw tied me to this tree.

âI am in some serious trouble this time!' I say to myself. âI'd better think of a way to get out of here before something comes along to finish me off!'

As soon as the words are out of my mouth, the undergrowth begins to rustle. I hear the unmistakeable sound of something large slinking through the bushes.

âUh oh!' I struggle against the vines, but that just seems to make them tighter. Then I hear a low growl and I freeze.

From among the trees I spot a pair of golden eyes staring at me. As the creature emerges from the undergrowth, my mouth drops open at the sight of his black and orange striped coat. The tiger pads quietly into the clearing and crouches in front of me.

The tiger opens his mouth and roars so loudly it feels like my bones are rattling. I shake my head.

âIs that your first name or your last name?'

The tiger glares at me and licks his lips. The bushes around me begin to rustle again, and I wonder if Mr Tiger has invited the rest of his family along for dinner.

But just as I'm about to say my goodbyes, a creature pops out of the undergrowth that
is definitely no tiger. He's small and furry, and he's wearing a sombrero and a drooping black moustache.

âSeÃ±or Monkey!' I cry in delight. âYou've come to rescue me!'

The tiger sees SeÃ±or Monkey too, but I don't think he's as happy to see him as I am. The tiger opens his mouth wide to reveal a set of very sharp teeth and roars again.

It doesn't scare SeÃ±or Monkey, though. The little brown and white monkey screeches and leaps into the air, landing with a thump on the tiger's back. The tiger snarls and spins around, trying to throw SeÃ±or Monkey off, but his little hands grip on tightly as he rides him like a rodeo bull.

While SeÃ±or Monkey is distracting the tiger, I bend down as far as I can and start chewing on the vines around my wrists. They taste like rotten cabbage but at least they aren't poisonous â I hope! I chew until some of the smaller tendrils snap and I
rip my hands away. Freedom at last!

The tiger rears up and throws SeÃ±or Monkey from his back. He spins around and opens his jaws wide, saliva dripping from his long teeth. If I don't do something, SeÃ±or Monkey is going to end up as an appetiser on Mr Tiger's menu!

I sprint towards SeÃ±or Monkey and pluck him off the ground by his tail. He screeches in annoyance, but I'm sure it hurts a lot less than a tiger bite. He clambers up onto my shoulder as I race into the jungle and we make our getaway.

âThanks for inviting us to dinner, Mr Tiger,' I yell over my shoulder. âSorry we couldn't stay for dessert!'

I burst through the thick trees and suddenly I'm no longer in a green jungle but standing in the middle of a film studio. 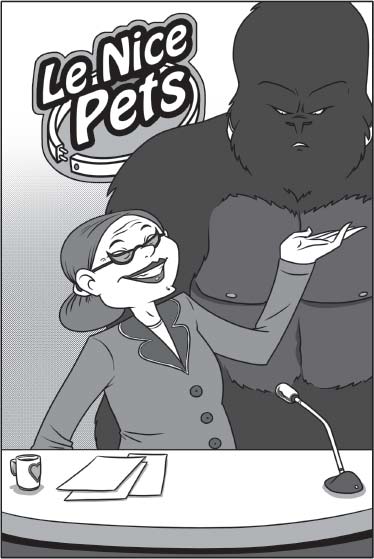 Elders and Betters by Ivy Compton-Burnett
Gladiator Clash (Time Hunters, Book 1) by Chris Blake
Two Moons of Sera by Tyler, Pavarti K.
The Crimson Shield by Nathan Hawke
Star Force: Starchaser (SF69) by Aer-ki Jyr
The Last Word by Lee Goldberg
MasterofSilk by Gia Dawn
When Chocolate Is Not Enough... by Nina Harrington
In the Arms of a Soldier by Makenna Jameison
La tormenta de nieve by Johan Theorin