Stories in a Lost World: Bridget 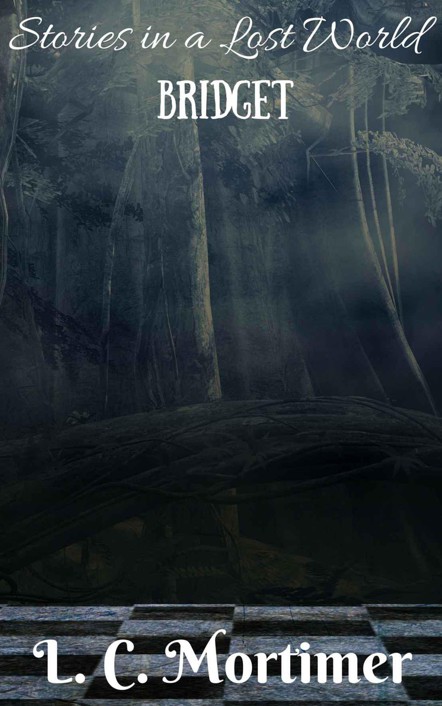 Stories in a Lost World: Bridget

For the boy who never gave up on me

Copyright: L.C. Mortimer
Published: 15th May 2015
Publisher: Amazon Kindle
The right of L. C. Mortimer to be identified as author of this Work has been asserted by her in accordance with sections 77 and 78 of the Copyright, Designs and Patents Act 1988.
All rights reserved. No part of this publication may be reproduced, stored in retrieval system, copied in any form or by any means, electronic, mechanical, photocopying, recording or otherwise transmitted without written permission from the publisher. You must not circulate this book in any format.

Bridget is an average college student when the new plague sweeps Kansas. Lost in this new world of pain, death, and creatures who return from death, she is left with her two roommates to try to make sense of everything happening around her.

This is her journal.

*This is the first book in a 3-part series.*

Other Books by L.C.

Kristy is the one who found the notebooks. There are three of them, all worn out and beaten up. Just like us. Three composition notebooks that would have once been used to take notes on subjects no one cares about, but now they're ours.

Even before the plague, before the infection, writing was never my thing. Before the world went to hell in a hand basket and came back as cannibals, I didn't like to write.

Unfortunately for me, there's nothing else to do in this dead world, so here I am.

It's been about a month since the infection started, give or take. A month of living in our tiny little house, eating canned chili, and playing board games that we're now completely sick of. A month. I don't even know what to say about all that. Our day-to-day is boring and pointless. We're all just sitting around waiting to die. Worst of all is that we know it.

Before everyone got sick, I was studying to be a teacher. Cliche? Absolutely. I don't really care. It's not that I'm dumb or that I believe education will change the world. None of that. I just always liked my teachers growing up and thought, you know, why not give something back to the world?

Well, now the world is giving plenty back to me and it comes in the form of decaying mass and people I used to know. Thanks a lot, world.

I still have my textbooks, of course. The world hasn't been dead
that
long. I thought, for awhile, that maybe things would get under control. I thought for awhile that maybe everything would go back to normal, back to the way that it was. So far, it hasn't.

But I kept the textbooks because, you know, what if I wanted to read them? What if everything was suddenly set straight again and I needed them for school? But it's been a month now. I don't think the lights are coming back on.

Last night, the girls and I were talking. We were talking about what we want to do with the rest of our lives. Kristy wants to move on. She thinks we should leave town. I'm not really sure why. No, nothing's happening here, but isn't that the point? There are only like, five zombies left here, and a couple of random groups of survivors. She's worried that the other survivors are going to go crazy on us.

It probably sounds stupid, but I mean, what if my parents come looking for me? What if they're still alive? I'd rather be in the same quiet town at the same rural community college so that they can find me.

The girls tell me that I'm stupid, that it's wishful thinking. Part of me knows that they're right. My parents are probably long dead, along with the rest of the world. Where's the good in thinking like that, though? Where's the hope? Where's the joy?

Yeah, I know. Go ahead and laugh, o journal of mine. It doesn't matter anyway. Kristy is the one who found the house to rent, so we all kind of look to her for guidance. In some ways, she's our queen bee, our leader. In others, she's just Kristy.

I don't really want to leave, but honestly, the other girls might not give me much of a choice.

Something happened last night, but none of us are really sure what. Kristy and Danielle were right in thinking that the other survivors were going to be our downfall. They were right, and I was stupid. Being hopeful is going to be my demise. I can already tell.

There aren't many of us left in town, just a few small groups. Most of it is college students, though. We all live in this one part of town and somehow, the infection didn't get us. Maybe because we were all passed out from partying when the infection first started? Maybe it's because none of us felt it necessary to get the stupid Artovax anti-aids vaccine. I dunno. All I know is that most of us were fine, so we stayed put.

Last night, everything changed. It started when darkness fell, maybe around 7:00pm. I'm not really sure. I don't have a watch anymore. That's just my guess. There was a knock at the door. Kristy stayed calm and collected as she went to answer it. We knew it couldn't be anything too bad, right? The undead don't knock.

It wasn't anyone dead. It
was
some annoying frat guy and his "brothers." The guy told Kristy that he wanted our food. She told him to fuck off, so he slapped her. The other guys laughed and he told her she could think about it. He'd be back tomorrow with his friends, and if we didn't give him our supplies, there'd be a much bigger "price" than just a slap.

We basically had two options. We could stay and try to fight, which was probably not going to work. First of all, none of us has any combat training. Danielle was going to join the Air Force, but she chickened out at the last minute. Kristy says she played sports in high school, but it's not like she took martial arts. And me? My asthma is so bad that I'm lucky to make it across the house without wheezing.

That only leaves option two: leave.

We all tossed and turned all night, trying to decide what to do, but Kristy woke us up before dawn.

"We're leaving," she told me. She had made the decision easy. She threw me a backpack and left the room, leaving me alone. So I packed.

It's weird, when you think about it: the idea of packing your entire world in a small bag. So much of our lives are in our homes. There's so much that won't fit neatly into a bag, especially when you also want to pack a change of clothes and a knife.

There wasn't much food left, so I didn't worry about that. Instead I packed my favorite photo album, an extra pair of shoes that fit me, some socks, a teddy bear, and a box of pads. I threw in an extra inhaler and the secret candy bar I'd been saving. I also packed this journal with two extra pens.

Then it was time to clear out the kitchen and leave.

Like I said, there wasn't much food left. Just a few cans of soup and a box of crackers. We had a couple of water bottles left from a recent scavenging trip, but that was it.

We managed to leave before the guys came back. Lucky us. Who knows what the hell they've done to our house? I hope they didn't do anything weird, like go through our underwear drawers or sleep in our beds. Somehow, I know I'm probably not so lucky.

Kristy is the one most familiar with this area of Kansas. She grew up here. She's practically a local. An orphaned local, but a local nonetheless. Me? I'm from Colorado. Everything here is foreign to me and makes no sense at all, but what can you do?

We left town, heading east, down a little abandoned highway that leads to nowhere. We didn't have any specific place we were going. We just wanted to get away from the creeps who were going to rape us if we stayed. We all realize how lucky it was that we got out. We all realize that not everyone has the same privilege of being able to leave.

My feet hurt, my head hurts, and my eyes hurt. I don't know how Kristy and Danielle do it without complaining. I'm definitely the whiner of the group, but it comes with the territory. I was always the dork who wanted to be a teacher. My roomies treated me like a crybaby, so I became one.

We walked for hours, stopped and ate some cold fucking soup, and started walking again. Just when it was starting to get dark, Kristy guided us off the main highway and down a side road. It's all gravel and dirt roads off the highway. That's fine. We managed to find an old farmhouse that looked abandoned. Just to play it safe, we decided to sleep in the barn. I want to save my flashlight battery, so that's all for now.

When we got up, we were all sore. Who wouldn't be after sleeping in a barn all night? The sides of the building were practically falling down. Didn't hear any undead, but that doesn't mean much. They can be quiet when they want to be. You have to be on your guard at all times. That's what I've learned.

"Come on," Kristy said. She guided us out of the barn and we looked at the farmhouse for the first time. There's no way we could stay here. Firstly, it was too close to the highway. If we were gonna stay somewhere, it couldn't be so close. We've all seen way too many movies to believe that bandits aren't real. Plus, our weapons suck. Knives? Get real.

The other problem was that there were no cars at the house and it looked like no one had lived there in years. The first floor windows were all intact and covered in dust.

"Let's see if there's any food, at least," Danielle said, eyeing me. She knew I was going to complain, like I always do, but I wouldn't give her the satisfaction. Not this time. Not when I was fucking starving.

"Good idea," I smiled sweetly and she looked shocked. It was totally worth it. I hate being the fussy one in the group, but someone has to do it.

We walked around the house twice, trying to figure out the best way to get inside. Finally, I decided to be the brave one and I checked under all the mats until I found a key. Voila. I unlocked the front door and we marched right on in.

Right into the arms of Mrs. Zombie.

The old woman was waiting for us. Maybe she smelled us, I don't know. All I know is that I screamed before I could stop myself, before I could think not to attract other zombies. Luckily, the woman was old and decaying and from the way she was missing her hands, I would guess she had been pawing at the front door for a long time, trying to get out.

Bloodwitch by Amelia Atwater-Rhodes
Camp Jameson by Wendy Lea Thomas
Husk: A Maresman Tale by Prior, D.P.
Walk on the Striped Side by Jessie Lane
La radio de Darwin by Greg Bear
Cold War by Adam Christopher
Black Flame by Ruby Laska
The Taxidermist's Daughter by Kate Mosse
The Earl’s Mistletoe Bride by Joanna Maitland
The Principles Of Lust by Sasha White