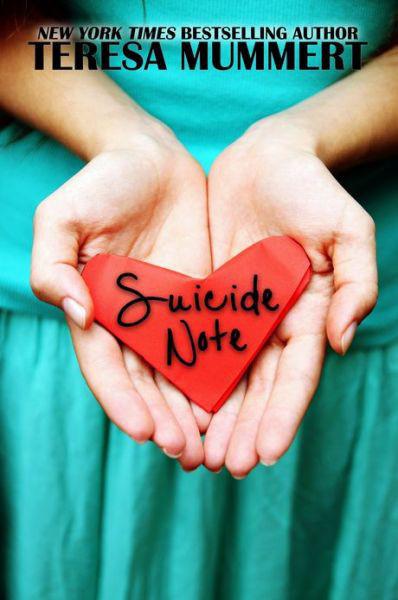 Things spoken can be forgotten and forgiven, but the written word has the power to change the course of history, to alter our lives.

I typed on my computer, tucked away in my cubical, invisible to the world around me. People stopped in periodically asking for favors, never once asking how I was or if I had plans for my birthday next week. If they had, I would have lied and told them I had a party out of town. In reality, I planned on spending the evening on the kissing bridge, finally finishing the last few chapters of the novel that had replaced any semblance of a social life. I lived vicariously through those characters. It was safer than opening up to real people who inevitably would hurt me or let me down. Where I went from there was still up in the air.

I planned on marrying on that bridge, overlooking the beautiful blue sparkling water below. Those plans began to take on life when I became engaged just three months ago. I spent two years of my life with Thomas. He woke me every morning with a kiss when I first moved in with him and even brought me breakfast in bed on occasion. As time went on, those kisses were replaced with an apology for whatever he may have said or done the night before while under the influence of his favorite whiskey after a late business meeting. Eventually, he stopped coming home.

I knew the stress of his job weighed heavily on him, and I tried my best to ignore the warning signs that everything was falling apart around us. That was until I found a pair of lace panties shoved under the pillow of our bed and I realized it was impossible to keep a relationship afloat when one of you was hell-bent on destroying it. I smiled sadly to myself as the overwhelming feeling of betrayal swept through my body. Holding my breath, I slowly began to count down from twenty as I released the air that filled my lungs.

Instead of planning my wedding, I watched as my older sister, Gail, planned
her
dream wedding. I wrapped my long brown hair into a bun and slipped my pencil through it to hold it in place before I clicked
print
. I hurried toward the printer on the other side of the office hoping to complete my work so I wouldn’t be stuck in the office until after the sun set.

“Woah, Jenn. Slow down there.” Howard gave me a toothy grin before sipping his mug of coffee. His light brown hair, in desperate need of a trimming, was slicked back in a greasy mass. His eyes danced over my chest, causing me to cross my arms over my breasts. The way he looked at me made me feel sleazy and cheap no matter how many articles of clothing I had on.

“I have work to do.” I shuffled nervously from foot to foot, glancing over Howard’s shoulder to the copy machine.

“Of course you do. Speaking of which, I need the Douglas report by Tuesday. I know that’s not much time but—”

I held up my hand, stopping him from finishing his sentence. I didn’t argue about having to work through the weekend. It was a sad fact that I never had anything going on in my private life. I welcomed the distraction.

“Oh, no,” I whispered in a panic as Jake Philips, the office manager, grabbed a stack of papers from the printer. I shoved by Howard and made my way to the machine. It sat empty.

“Just get it to me sometime Tuesday,” Howard called after me, raising his mug as he spoke before taking a sip and glancing around the office. His eyes fell on the new intern that started last week, and he grinned as he made his way to her desk.

“Damn.” Rubbing my hands over my face, I searched out Jake, who was reclining comfortably in his office chair behind his oversized mahogany desk. His dark, short hair brushed across the top of his forehead as he flipped through the stack of papers in his hand, his expression unchanging. I let my eyes linger on him for a moment. I never understood why he was so mean to me. He constantly barked orders and barely glanced in my direction while doing so. Over the last week it had only gotten worse, and I wondered how much more unkindness I could take from him before I finally snapped and quit my job. My goal was to be a partner in their advertising firm, but that dream seemed to slip further away with each passing dirty look from Jake or unsolicited come-on by Howard.

Maybe it didn’t print,
I thought, as I made my way back to my desk.

I pulled out the Douglas file as my fingers shook. My blue eyes danced over the typed print as I struggled to focus on what I was reading. I glanced back at Jake, who was busy filing papers, completely oblivious to the inner turmoil I was experiencing in my small, claustrophobic cubical. Feeling another panic attack begin deep in the pit of my stomach, I concentrated on the task at hand, hoping to keep it at bay.

As I began typing, visions of my sister’s upcoming wedding on the bridge flooded my thoughts. I wondered if my family would make a fuss about me not showing. They most likely wouldn’t even notice that the maid of honor did not arrive. It didn’t matter. I wouldn’t be there. I had to stand up for myself, even if no one else would.

“Jenn, pop this in a mailbox when you go for your lunch.” Jake held out an envelope addressed to APO.

“Yes, sir.” Taking the envelope from his hands, I slipped it inside my blazer pocket. I typed a few more lines before pushing my chair back from my desk and made my way quickly to the elevator, hoping to avoid Howard.

“Jenn,” Jake called after me, causing me to freeze in my tracks as I rubbed my clammy palms on my skirt. “Nonfat milk!”

I nodded my head but didn’t respond as I quickly slipped inside the elevator.

“That suits you,” Gretchen whispered form my left.

“Your dress, dear. The yellow makes your blue eyes glow. Very pretty.” Gretchen smiled, the lines of her face crinkling as she brushed back her silver curls from her face.

“Thank you. It was on sale.” I ran my hands over my A-line dress. It was a far cry from my normal attire of jeans and a T-shirt, but I needed to look professional at work if I ever wanted to move up in my career.

Gretchen nodded as the doors opened on the ground floor, and I hurried out to make my way down the street to the local coffee shop. I wrapped my arms around my waist to counter the chilly breeze, silently cursing myself for not grabbing the blazer that hung on the back of my chair.

“How can you sleep?” Pvt. Ryan Owens kicked the side of the worn-out mattress that I slept on, my arm thrown over my face.

“Kick me again and I’ll make you count, pretty boy.” I moved my arm and grinned at Owens before placing it back over my face to block the light from incoming helicopters. Owens ran his hands over his dusty blond hair as he laughed.

“You’re gonna pull rank, man? That’s not cool, Tudor.” Owens plopped down on the edge of the dilapidated mattress and removed his boot blousers that kept his pants from hanging over his boots.

“Get off my bed, O.” Months of deployment coupled with my home life falling apart had left me bitter and mad at the entire world. War had been a distraction, but now I was being thrown back into the real world.

“I can’t wait to get home, man. Beth is practically throwing a parade in my honor.” Owens slipped off one of his boots with a groan.

Ryan ran his hands over his face, coating in them in the fine sand that clung to everything in this place.

“Once she sees you, she’s gonna change her mind.” Ryan tossed his boots into the corner and grinned in a way we rarely did around this place.

Narrowing my dull blue eyes in warning, I pushed myself up into a sitting position. I ran my hand over my freshly clipped, dark brown hair and hung my head, stretching the achy muscles in my neck.

“Chelsea made her choice,” I replied angrily as I stood up and pushed open the flap of the tent.

“He’s a dentist. What the hell would she want with a dentist?” Ryan slipped off his other sock and replaced it with a freshly laundered one, sliding his foot back inside his boot.

“Dentists don’t deploy,” I groaned as I gripped the metal framing of the tent over my head and stretched my back.

I glared back at Ryan, who held his hands up, knowing he went too far.