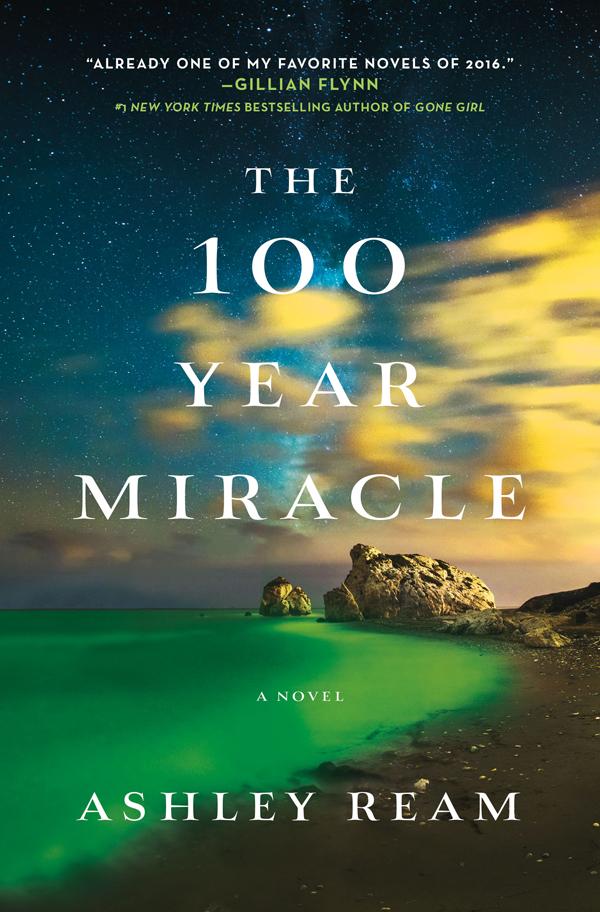 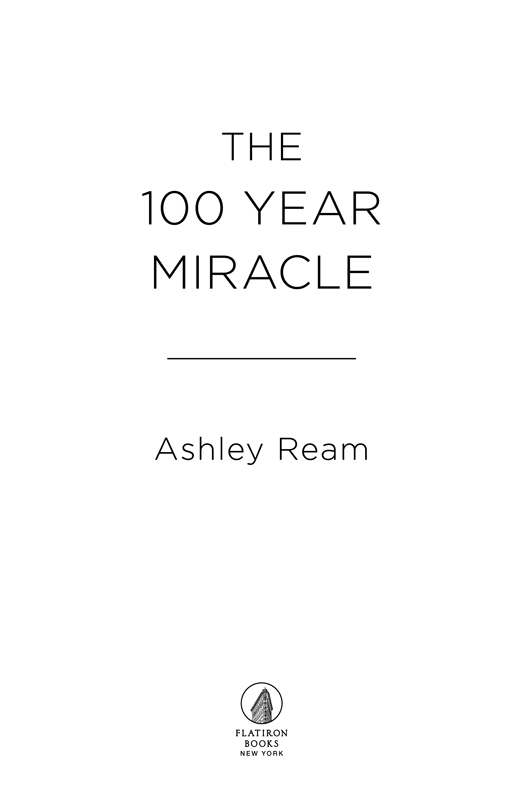 The Last Day of the Miracle

When Dr. Rachel Bell turned, she saw the man who had pushed her. She knew she would fall, and she knew why. The certainty was oddly comforting. The compound that she’d been testing on herself, ground and mixed into a tincture, caused “auditory and visual hallucinations.” It said so in her notebooks—not that anyone would be able to read them if she died. She’d had to write them in code to keep people from stealing them. “Possible paranoia” was written in those notebooks, too.

She had been clambering out in the dark and the cold to take one last sample from the waters of Olloo’et Bay, which didn’t look like any water anywhere else on earth. A bright green glowing ribbon encircled the entire inlet like a water-bound version of the aurora borealis. The light came from the bioluminescent bodies of tiny arthropods, millions of them that pulsed in the shallow water. Their six-day life span was about to expire, and they were signaling one final time for a mate.

The footing was unsure. The wind and freezing rain were blowing harder than she’d ever seen. The slime-slick rocks were sharp and treacherous, and it was almost impossible to hear anything over the growl and hiss of waves rolling in and breaking against the shore. The night’s high tide had made its stand and was beginning its slow crawl back out to sea, leaving pools of this glowing water among the rocky outcroppings. It was the very end of the very last day of the breeding, a thing that would not occur again for another century. It was so rare and so wondrous that comets and meteor strikes seemed workaday by comparison. Newspapers and television reporters had taken to calling it the 100-Year Miracle.

It did things to people, this miracle. Strange and not wholly wonderful things.

The First Day of the Miracle

The Department of Fish and Wildlife had cordoned off the beach, wrapping the small half-moon bay in yellow caution tape. The mayor and the governor in separate press conferences—because even for this they could not share—had warned people to stay out of the water. They feared islanders and tourists would gather up so many of the glowing
Artemia lucis
into glass jars to wonder at like fireflies that the breeding activity would be compromised, killing the species forever. This fear was not, in Dr. Bell’s opinion, unfounded.

She pulled the zipper of her waterproof jacket up a little higher. Gloves would’ve been nice, but she couldn’t work in gloves. Winter on the San Juan Islands was cold, but only occasionally was it cold enough to snow, which meant the persistent drizzle didn’t have to bother melting before it soaked into her clothes, boots, and skin. The light but unrelenting wet had not let up all that day and wouldn’t until June. Apparently, people got used to it, but Rachel, who grew up in Arizona where the sun baked and bleached your bones while you were still using them, didn’t think she would ever get used to it. She had been cold for two years running. It was a cold no wool socks and bulky sweatshirts could cure. It was the sort of cold that made a person irritable.

If it were not for the
Artemia lucis,
Rachel would never have considered such a place fit for habitation. But scientists have a long history of following their obsessions into the most unpleasant and treacherous places on earth, deep into jungles and out onto ice floes, so it would be a warm winter’s day on this godforsaken bay before she would breathe a word of complaint to any of her teammates, some of whom had been raised on drizzle and moss and seemed to thrive in it, as though it were some sort of growth medium.

Her research team was led by Dr. Eugene Hooper, who had headed the biology department at the University of Washington for long enough that no one remembered who had done it before him. Hooper, who hated his first name and wouldn’t answer to it, was a head taller than any other man in the department. Incapable of accruing body fat, his skin was shrink-wrapped to his frame, and he had deep lines carved around his mouth and eyes by too much sun on too many field expeditions. The work had taken its toll in other ways, too. A trip to Borneo early in his career had left him with a lifetime of reoccurring malarial bouts. It made for interesting “out of office” messages.

All of Dr. Hooper’s seminars, office hours, and meetings are canceled this week due to feverish hallucinations. Thank you for understanding.

Hooper’s team for this expedition had been assembled and waiting for a year. While the approximate time of the breeding could be estimated, the date could only be calculated within twenty-eight days, and even that was probability.

Each member carried a packed duffel bag in the trunk of his or her car. All the necessary laboratory and collection equipment was assembled and waiting at the university for transport. There had been training drills and practice scenarios and more meetings than Rachel cared to remember. No one, heaven forbid, let their cell phone battery die. It was as if they were all expectant fathers waiting for the water to break.

When the call had come that morning just after 5:30 a.m., Rachel, a biochemist, had been trying to bend over. Bending over was just one of the things that did not come easily to her. Everything tightened while she slept. No matter how many stretches she had done the day before, she had to begin all over each morning.

First Rachel pushed away the sheet, the comforter, the quilt, and the blanket and slid off the mattress like a woman balancing a glass of water on top of her head. Once on her feet, she let her head fall forward, which pulled at the ropey, knotted clump of shiny-looking scars at the base of her neck. She clamped her jaw tight and waited for the worst of that pain to pass before rolling her shoulders forward and letting her arms hang loose over her toes. With a series of deep, loud breaths that she pushed through her teeth, Rachel let her spine lengthen, one vertebra at a time. The thing here was not to pass out or throw up. Vomiting was a serious concern because she’d had her morning Vicodin, and it wouldn’t do to lose whatever remained undissolved in her digestive tract.

Rachel was still doing her Lamaze breaths when her phone began to buzz and vibrate. It was a jarring sound in the predawn quiet when even the dusky blue scrub jays were fast asleep.

Understanding her brain’s chemistry did nothing to control it. A jolt of epinephrine targeted her adrenergic receptors, stimulating the sympathetic nervous system and causing an involuntary start. She jerked up fast and phosphenes swam through her vision.

“Aargh.” Rachel bit down and punched her thigh.

Hooper often asked if she was okay, and Rachel always gave the same answer. The question and the answer had gone back and forth between them so many times that it no longer required a conscious thought. Rachel would, of course, never tell him about her scars because she would never tell anyone, but if anyone could ever be an exception, it would be him. This extreme hypothetical was the most trust Rachel had placed in anyone since she had been old enough to ride a two-wheeled bicycle.

She ended the call with her thumb but moved nothing else. “Dammit.”

The thing she wanted more than she had ever wanted anything was happening—it was happening right then—and Rachel had no choice but to wait. She wiggled her fingers, scrunched up her toes, made fists and then released them,
fist, release, fist, release, wiggle, scrunch, wiggle, scrunch,
anything to calm her nerves. As each millimeter of scar tissue relaxed, her breath eased and then quieted. When it was all the way quiet, the stretches were done. She stood up, pulling off the baggy T-shirt she’d slept in.

Her back from her shoulders to her waist looked like dripping, melted wax. Rachel knew the scars well enough to pick out shapes as a child might see animals in the clouds. There was a tree just to the right of her spine about halfway down, a raven in flight was on the left a little higher up, and the face of an old man was etched between her shoulder blades. They stretched as she moved, and though they never seemed to get any better, she wondered if they did not change slightly over time like stars moving across the sky.

While Rachel did not find them horrible anymore, objectively, they were. They were the sort of scars that made people clamp their hands across their mouths when they saw them. The sort of scars that frightened people. And although an adult might say to a child that they—that she—was nothing to be frightened of, that was a lie. Any rational person would be and should be frightened because her scars were proof that things that should not be survivable sometimes are and that this is not good news. It was better not to know these things. Rachel wished she did not know them, which was part of the reason no one ever saw her scars. No living person, apart from her doctors—and there had been a lot of doctors—even knew they existed.

Hurrying, she reached into one of the two small fishbowls that sat on the nightstand. White pills in one, orange pills in the other. The Vicodin was a mixture of acetaminophen, which had begun to damage her liver, and hydrocodone. By her own calculations, her dosage trajectory would lead to heart and/or respiratory failure in less than a year. There were, she thought, some advantages to her default mode of detached analysis, not many advantages to be sure, but some. This was one. She knew how long she had to fix things. She could make a plan.

Marching Bands Are Just Homeless Orchestras by Siedell, Tim
Redeemer by Katie Clark
Dragon's Desire by Delilah Devlin
The Wild Dark Flowers by Elizabeth Cooke
Sauce ciego, mujer dormida by Haruki Murakami
A Perfect Match by Sinead Moriarty
The Kiss of a Viscount (The Daughters of the Aristocracy) by Sande, Linda Rae
Lemons 02 A Touch of Danger by Grant Fieldgrove
Fragile Hearts by Colleen Clay
The Curse of Snake Island by Brian James