Read The Bonds of Blood Online

The Bonds of Blood 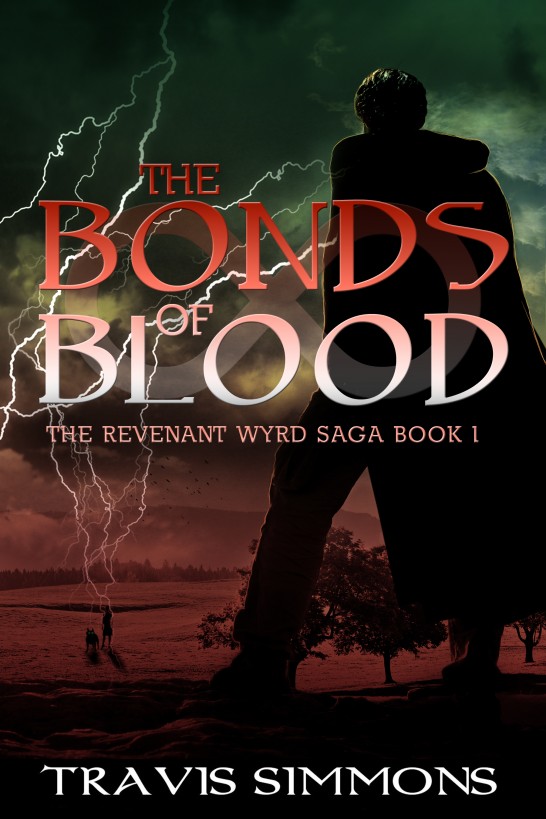 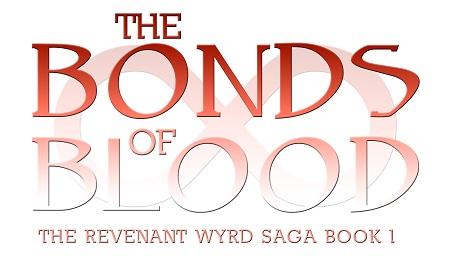 The Revenant Wyrd Saga Book
One:

The Bonds of
Blood

All Rights Reserved.
No part of this publication may be reproduced, stored in a
retrieval system, or transmitted, in any form or in any means – by
electronic, mechanical, photocopying, recording or otherwise –
without prior written permission.

This is a work of fiction.
Names, characters, places and events are either are the product of
the authors’ imagination or are used factiously. Any resemblance to
actual places, events, and people, living or dead, is purely
coincidental.

Thank you for downloading
this free ebook. Although this is a free book, it remains the
copyrighted property of the author, and may not be reproduced,
copied and distributed for commercial or non-commercial purposes.
If you enjoyed this book, please encourage your friends to download
their own copy at Smashwords.com, where they can also discover
other works by this author. Thank you for your support.

About The Revenant Wyrd
Saga

Grace paced back and
forth
at the front of the classroom. “So
tell me, who was Arael?” Her three students sat at their desks all
rubbing tired eyes in rebellion against the morning’s
lesson.

“I don’t understand why we have to be
in here when Jovian is off gallivanting around the countryside,”
Angelica complained, peering out the window into the sunlit fields
and budding flowerbeds beyond.

“He finished this week’s work last week
so that he could go; besides, you would not be allowed in the
hunting party,” Grace smirked. “I think it would be deemed
sacrilegious; after all, it is a manly time,” Grace scowled. “I
guess it would be the equivalent to you three getting together to
gossip over boys, except there is more itching and grunting in a
hunting trip, and less giggling and hair combing.” This prompted a
laugh out of Amber and Joya, but Angelica was still too busy
surveying the beautiful day beyond the window to hear much of what
Grace said.

“Angelica,” Grace’s voice resounded as
she walked to the window and shuttered it tight. “Tell me, who was
Arael?”

With a sigh, Angelica returned her
stare to the front of the room.

“Arael was the leader of the Fallen
Ones, with Samazahd as his second in command, who was thrown out of
the Ever After by the Holy Mother. It is said that his race mated
with female humans and created the first of the giants,” Angelica
repeated verbatim, leaning back in her chair and stretching her
legs. A smart smack on the back of the head as Grace walked behind
her brought her posture into more of a respectful, attentive
position.

“Good,” Grace said, and moved on to
Amber. “Amber, tell me, why was Arael removed from the Ever
After?”

Amber, loved history and often spoke as
though she had been there herself. “Arael was removed from the Ever
After because he refused to bow down to mankind when we were first
created by the Holy Mother. He said, ‘Why should I, a son of fire,
an angel in my own right and power, fall down before a powerless
human of clay?’ Back then, before he was removed, he was known as
Iblis, but it wasn’t until after he had been ostracized that he
became known as Arael, which means ‘impure.’ He stayed here on
earth for many centuries before the Goddess sent down the Twin
Flames—” Amber would have continued on and on if Grace hadn’t
interrupted her.

“Very good, Amber. As always, excellent
in your history; maybe you can catch Angelica up to speed.” Amber
stuck her tongue out at Angelica. “Now Joya,” Grace stopped behind
the black-haired child sitting patiently waiting. Joya, unlike all
the others on the plantation, resembled little of the
characteristics of her fair-haired sisters. “Tell me how it was
that the Twin Flames—Pharoh and Sylvie LaFaye—came to be
manipulated by the dalua Arael.”

Joya hastily flipped through her notes
before Grace snatched them away from her. “Try telling me without
the notes.”

“Arael sensed their power when they
came?” Joya ventured, taking up where Amber left off. There were a
hundred different thoughts racing through her mind, several
logical, but Joya knew this part of history was not exactly
logical. “He came to them in the guise of a friend and made them
trust him. In fact, the one ruled by wyrd and emotions, Pharoh,
fell in love with him.” Joya stopped, hoping that was all that
Grace wanted to know. The silver haired crone stared at Joya for
some time, and the younger girl sighed. When Grace leaned forward
on the desk at the front of the room, Joya realized she had to
elaborate. “By that time the name of Iblis was all but forgotten in
the Ever After, and when he supplied the Twin Flames with that
name, they did not connect him with name of Arael. It wasn’t long
before Pharoh and Arael—now wearing his old name Iblis—were
married, and Pharoh became pregnant with her first
child.”

Grace nodded and handed Joya’s notes
back to her.

“Very well done, all of you. Of course,
now it would be Jovian or Alhamar’s turn, but seeing how they are
both off hunting, we will start all over. Angelica, what happened
to the Twin Flames when Arael wedded Pharoh?”

“They also fell from grace and became
part of the Fallen Ones.”

“But they didn’t believe themselves
evil; in their minds they had done nothing wrong. Pharoh and Sylvie
had no idea that Iblis was a dalua, and didn’t realize that for
some time.”

Grace nodded. “What finally opened
their eyes to this truth?” she asked Amber.

“The night of Mourner’s Eve, when the
Goddess was entering the Realm of the Dead and facing Death’s Three
Wisdoms, Arael slew Pharoh high up on the Ivory Tower.” Amber
stopped then, not sure if Grace would cut her off or not. When the
old lady turned watery blue eyes on her, Amber continued, “Arael,
of course, didn’t know that Pharoh was pregnant with their child.
Then he turned on Sylvie, but he was too late; Sylvie took up her
sister’s Shin-Buto blade and killed Arael.”

Grace nodded, and walked back to the
front of the class.

“Of course you all know that this is
what caused the Splitting of the World?” They all nodded, but
seeing how they were having a test on this soon, Grace continued.
“The Goddess learned of this, learned that her two favorite angels
had been killed, and she damned the earth that allowed it to
happen. She removed the most coveted Realm of Spirit from the
world, breaking all contact of normal, everyday wyrd from the
people of the land. As punishment, she marked us all.” The three
girls flipped over their hands and peered at the round white dots
in their palms, announcing to the world that they were inhabitants
of the Holy Realm.

“Those marks would forever remind us of
our greed, our lust for power. After all, we were then all
struggling to be separate nations, and the war was really a
struggle for power, to see which one of all the realms was more
dominant, who could rule all the rest.” Grace looked at the girls,
now sitting solemnly watching her. “Joya,” Grace said, bringing
them all back to themselves, “tell me, why was it that Pharoh and
Sylvie were sent here?”

Grace moved on. “Angelica, how does the
Carloso describe Arael’s true form?”

“The Carloso describes Arael as having
several serpentine heads, seven in fact, each one bearing two
faces, numbering fourteen. On his back rests twelve sets of black
wings, allowing him to lift his gigantic body off the ground. Of
course, this was not how he looked before he was cast out. It is
said that he was one of the loveliest of all the angelic bodies.
And he did not appear this way when Pharoh fell in love with him.
It is said that at that time he had long flowing golden hair, and
large sapphire eyes, creamy flawless skin, and full sumptuous
lips—” Angelica’s voice took on a dreamy quality before Grace
interceded.

The Evil That Men Do: FBI Profiler Roy Hazelwood's Journey Into the Minds of Sexual Predators by Stephen G. Michaud, Roy Hazelwood
By a Thread by Jennifer Estep
The Fabric of the Cosmos: Space, Time, and the Texture of Reality by Brian Greene
Un puñado de centeno by Agatha Christie
Hallsfoot's Battle by Anne Brooke
Jayne Fresina by Once a Rogue
Rescued by the Brooding Tycoon by Lucy Gordon
The Novida Code by David, JN
Angel Warrior by Immortal Angel
The Satanist by Dennis Wheatley