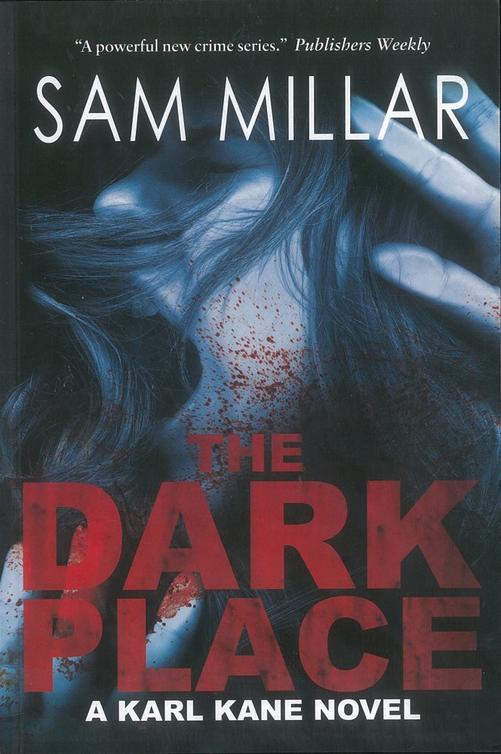 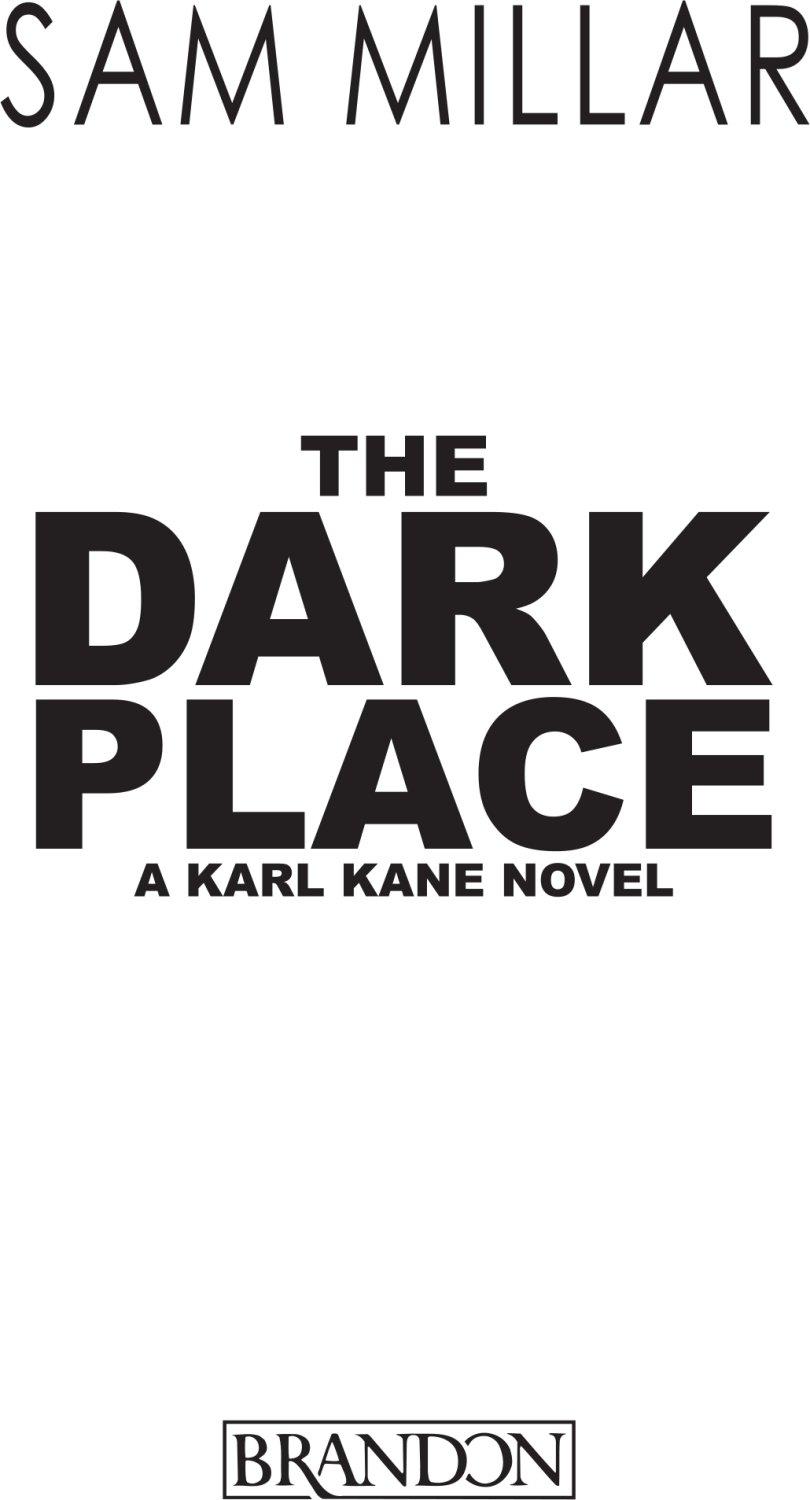 I dedicate this book to my great friend from the University of LK,
Gerry (Blute) McDonnell and his wife, Christine,
for their kind thoughts and deeds over the dark years of my life.

May your gods watch over you everlastingly.

“Y
ou smell so beautiful when you’ve washed,” said the woman, watching him towelling the watered beads from his body.

He smiled shyly, loving the way she studied him, her eyes moving slowly over the map of his naked body, making it tingle.

Moving beside him, she began sprinkling talcum powder generously over his skin, kneading it into the pores.

“Yes …” he managed to say, his voice a croak of anticipation.

He didn’t just like it; he loved it. Loved the empowering magic her probing fingers brought to his body; loved the smell and texture of talc on his skin, the way it made him feel brand new. Sometimes, when he had been very obedient and good, she used baby oil on his penis, making it glisten like a Greek warrior’s weapon preparing for battle.

Finished with the talc, she made him turn his back to her, his face
directed towards the slightly opened window with his ghostly reflection staring back at him.

Leaves were moving eerily on one of the many large oak trees stationed outside the house. A bird nestling between the branches was strangely silent, its voyeuristic eyes watching his every movement, seemingly fascinated. It was a raven, and it kept moving its beak in and out, as if secretly communicating.

Somewhere directly behind, he could hear the fabric of her dress rustling, his mind’s eye seeing her slip seductively out of it, panties and bra following obediently.

Gently she pressed against him, the roughness of her thick pubic hair feeling like a Brillo pad on his smooth buttocks, and began gyrating her body inwards, her hands clasped on his hips as if he were some flesh and bone bicycle to be ridden. He could feel the coolness of her pale breasts sponging into his back.

A small breeze suddenly entered the room and touched his nakedness. Like a dark whisper, tickling the pubic hairs rooted there. He could feel his penis slowly rising as the smell of freshly cut grass filled the room, mixing with the loving smell of the talc and her perfume, the one she used for special occasions. He could smell her other smell, also; the salty iron smell of menstruation.

“You’re beautiful. So exquisitely beautiful,” she whispered, the words on his neck making his skin tingle.

He continued watching his ghostly reflection in the open window; watched her distorted face stationed near his right shoulder. Slowly, her hands began sliding from his hips, down to his penis.

They both let out a sigh simultaneously – a dark percussion so soft it was barely audible.

“Nice?” she asked, pulling gently but firmly on the swelling penis.

“I … I can’t hold it in,” he said, his voice lost somewhere in the large bedroom.

“You can and you
will
,” she hissed, the tone of her voice suddenly changing while wedging fingers and thumb on the now fully erect penis, blocking its inevitable release. “Control is
everything
… it always brings its rewards … control is god. Repeat that.”

“Good. Now, listen very carefully,” she instructed, her voice slightly hesitant. “I need to tell you something. Something very important. We can no longer … do these things … the things we love. It has become … too dangerous. Do you understand?”

Her words stole his breath.

“But … you … you promised. Promised that you would always love me … always.”

“And I will.
Always
. But not like this. Not any more. Do you understand?” she asked, squeezing tighter on his penis. The pain was excruciating. It was beautiful, filling his eyes with dark red shadows.

“You
will
understand, eventually. It’s the way of things. For now, you will control all feelings concerning me.
Do. You. Understand?”
The last three words sounded threatening.

He could feel tears beginning to form in his eyes and immediately despised their weakness.

“Please please please! Always the please,” she admonished, shaking her head with disgust.

“Shhhhhhh. It’s okay. It’s okay,”
she whispered, kissing his neck, his back, guiding her lips down his spine. He could feel the lips mingling with the talc, her voice resting between his buttocks. “Just enjoy the moment … then we’ll get ready before the Thompsons and other guests arrive. I’m going to make this special …”

She reached for the oil …

The afternoon was beautiful, hardly a blemish in the normally moody Belfast sky. Perfect shooting weather. The gathering hunting party – chiefly though not exclusively male – was flawlessly kitted-out like a miniature army preparing for battle. Some of the participants were commenting excursively and confusedly, the good wine slowly erasing all common sense in their heads. For such a potentially dangerous situation, it was almost comically vaudeville. Bird dogs – pebbled leather
noses crayoned black – began barking, excited by the potential to have blood and flesh clamped between their eager mouths.

“Good hunting!” shouted the master of the hunt, and immediately the group cheered, spreading out, following the pattern of the zigzagging dogs that were awaiting their opportunity for first blood to come flying from hidden niches in the ground.

Wild heather was everywhere, mixing with the swamp of leaves and ferns. With little contrast, it was easy to get lost or disorientated.

“Robert? Are you okay?” asked Frankie Gilmore, the gamekeeper’s son. “You look a bit dazed.”

But he wasn’t okay.
She
was ignoring him, refusing to glance in his direction, her bawdy laugh contagiously making the men – and even some of the women in the hunting party – laugh along with her. She was good at that. Manipulating. Was she talking about him? Telling them how pathetic he was, crying like a child in the bedroom? Was that the big laugh?

He studied her face, one more time, before gently squeezing down on the shotgun’s trigger. The single blast abruptly cracked the sky open, its sound absorbed by the vastness. He watched the ejected orange shell parachute to the ground in slow motion, a split second after spreading tiny pomegranate seeds of black metal outwards like a swarm of flies.

The sound from the shotgun was immediate and demanding. She stopped laughing. They all did. It was over in a split second; a split second that was the culmination of a decision made in cold, calculating blood.

She turned to look at him, her face puzzled. Her mouth opened, but nothing came. Her hand went to the back of her head, probing. She stared at her fingers covered in thick blood, before suddenly collapsing into a tiny stream of murky water and warm dog shit.

Everyone began rushing towards her. Everyone except him.

A disturbing exhilaration of fear and wonder in equal measures suddenly flowed over him while watching her body twitching elliptically in the filthy muck. Almost immediately, her eyes began dimming. Eye sockets shadowed. The verdict was in. The penalty in his hands had spoken. Retribution demanded and received. The swift, fierce satisfaction he felt was almost sexual in its intensity.

It was truly beautiful.