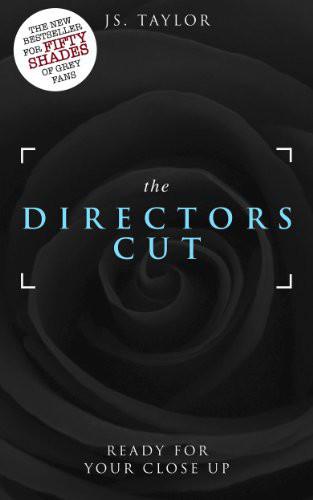 The characters in this book are fictitious. Any similarity to real persons, living or dead, is coincidental and not intended by the author.

Printed in the United Kingdom

“Natalie!” I race out of the chalet, letting the door slam behind me.

Part of me is frightened at what she may have just seen. Another part is furious. Natalie has made things difficult since she arrived. What business did she have, spying through my chalet window?

The idea
of what she may have deduced is racing through my mind.

Natalie is walking away,
towards her own chalet. Her back is to me, and she doesn’t change her pace, as though she hasn’t heard me.

My
mental images whirl over how James and I might have appeared. Director and actress. Alone together in my chalet.

“Natalie!” I shout after her more forcefully, breaking into a
faster stride. This time she noticeably picks up the pace. She’s heard me then. But she’s pretending she hasn’t.

I call her again, and when she doesn’t answer, I sprint the last few paces towards her and grab her tiny
wrist.

I use more force than I mean to, and Natalie whirls around in alarm. Her eyes glance
anxiously to where my hand is holding her arm.

“Why didn’t you stop?” I ask, letting her
wrist drop from my hand.

She looks a little frightened, but doesn’t reply.

“What were you doing?” I demand, “looking through my window?”

I don’t bother to disguise the anger in my voice, and Natalie’s eyes blink in
confusion.

“There’s no need to get so mad,” she manages finally. “I just wanted to know what got loaded into your chalet.”

I stare at her.

“There was a big truck,” she says. “Outside your chalet. Earlier today. I wanted to see what you had delivered.”

A big truck?
I let the words compute. James had filled my chalet with flowers. Likely they needed a large vehicle to drop them off.

“What b
usiness is it of yours?” I say, still angry.

After the last few days, I’ve reached the end of my patience with Natalie. But I realise I’m treading a dangerous path. If she’s figured out James and I are involved, I need to stay friendly. It’s my only chance of stopping her running to the press.

“I mean,” I add, aiming for a kinder tone, “you’ve got plenty of nice things in your own chalet. Why the interest in mine?”

Amazingly, this seems to strike a chord with Natalie. She lets out a sigh.

“I didn’t realise you and I were so similar,” she says, her cute beach-bunny lilt coming to the fore. “I like to decorate my own place too. We should be able to have expensive things delivered. James shouldn’t be trying to stop us.”

Natalie
pouts and tosses her hair. Her mouth twists.

“I know you’re mad because you’re embarrassed,” she adds.

My stomach tightens. I eye her warily.

What
exactly does she think was going on?

“But it’s cool, really,” she says. “James told me off too, for having big deliveries. He can be a real pig sometimes.” She rolls her eyes.

A little of my uneasiness fades away.

“We should stick together,” adds
Natalie, “so he can’t bully us.”

To my surprise, she reaches out her little hand and pats my arm.

“I’m glad it’s not just me he picks on,” she says, conspiratorially. “I thought those flowers you ordered were nice. Who cares some people might think they’re too extravagant? If you like flowers, you should be allowed. Same as I should be allowed to have my nice furniture from LA.”

I try not to let my mouth fall open in amazement. But I’m piecing together what Natalie thinks she’s seen.

It seems as though she thinks James was balling me out for having my chalet filled with flowers.

On reflection, this shouldn’t be so bizarre.
After all, Natalie Ennis is so completely self-absorbed. It makes sense she can only understand my experiences in relation to her own.

I vaguely remember the influx of huge furniture delivered to Natalie’s chalet. James must have told her she was being too extravagant.

“Yeah,” I manage, keeping my tone steady. “Well, I’m not used to this actress thing. But I thought it would be cool to order in flowers.” I aim for a light laugh. “Shame James didn’t agree,” I add.

Natalie nods vigorously. “People don’t realise how important the environment is to an actress,” she says. “We’re sensitive. It’s important we get what we want, so we can create.”

She waves her hands expansively at this last part.

“Think of all the joy we bring to people,” she says. “Well,” she moderates, remembering
it’s me she’s talking to. “You have that to come, with the fans and everything. But really. People love actresses. We should be rewarded for that.”

“Um. Yeah,” I agree, not really sure what I’m saying. The relief flooding through me is intense.

She doesn’t think she saw anything incriminating.

Then I remember what a good actress Natalie is.

What if she’s not telling the truth? I weigh this up, wondering how I can test it.

“I don’t think
the director should come to our chalets,” I say, keeping a careful track of her expression. “The crew might get the wrong idea.”

“They might think,” I press, “that there’s something romantic going on.”

Her face frowns in understanding.

“Oh no,” she says breezily. “You don’t need to worry about that. James never gets involved with actresses. Ever. It’s one of his rules. All the crew know it.”

She lowers her voice to a whisper.

James Berkeley. Gay
. It’s as much as I can do not to laugh out loud.

“Really?” I
don’t keep the surprise out of my voice. I can hardly imagine anyone less camp than the dark and brooding Mr Berkeley.

“Yeah,” says Natalie, nodding her head with certainty. “We were at a party one time, and I made a move, you know.”

She draws a finger across her throat. “Nothing,” she says. “No interest. And, you know,” her fingers sweep her tiny figure, “that does
not
happen with me and men. Ever.”

I can well believe this.
Natalie is undeniably gorgeous. I have to admit, I am thrilled that James resisted her advances.

“And everyone knows that Madison and he aren’t really a couple,” she adds.

“Really?” I do my best to load my voice with scandalised surprise.

“Yeah.” She leans forward, delighted to be spilling the secret. “Stage marriage. For Madison’s career.”

“Oh.” I feign shock, trying not to let the relief show. Natalie’s inability to think of anyone but herself has finally become an advantage.

I remember Callum saying that Natalie
wouldn’t guess about James and I for that reason. I didn’t realise just how right he was.

“Well, I’d best be going,” I say, affecting
nonchalance. “Mr Berkeley is still in my chalet. I’d better hear what he has to say about the flowers.”

“Say they help your creativity,” Natalie urges. “Studios can’t argue with that.
They need to get the best performance out of you.”

“Thanks for the advic
e.”

“Don’t mention it,” says Natalie, looking happier than I’ve seen her
before. “Hey,” she adds, “you’re alright Isabella. Maybe we could hang out sometime. Figure out a way to stop James telling us what to do.”

It takes all my power as an actress
to keep a straight face. But I keep my expression serious.

A way to stop James telling me what to do.
I’m not sure he’d like that.

And I turn on my heel, feeling a little sorry for Natalie. She might be a royal pain in the butt. But perhaps she’s just lonely.

“See ya,” calls Natalie, making for her own chalet.

“Yeah, see you,” I reply, breathing a huge mental sigh of relief.

I open the chalet door to see James standing there, like a man condemned.

“It’s ok,” I smile, “don’t worry. Natalie thinks you were telling me off for having flowers delivered.”

I smile again, but he doesn’t return the expression.

“James?” I walk towards him, confused. “What’s the matter?”

He’s holding his phone in his hand, and he waves it vaguely towards me.

“There’s been a leak,” he says. I’ve never heard his voice so serious. “Someone has been talking to the press. About us.”

I feel my stomach knot.
Someone has been talking to the press?

My first thought is of Callum’s fear when the paparazzi first arrived out
side the studio. Press could mean the movie gets canned. And maybe worse.

“I don’t know,” he says, “but it’s someone who knows a lot. It could only be one of the actors or one of the crew.”

One of the actors or the crew.

Immediately, I think of Natalie.
James has already told me she has an addiction to publicity. Although, having just spoken to her, I genuinely don’t think she suspects there’s anything between James and I. It’s confusing.

“What information was leaked?” I say finally.
Images of us dancing tango are playing through my mind. James went crazy when those pictures aired. I couldn’t stand for anything more incriminating to hit the press.

James runs his hand through his brown hair.

“That’s what I’m in the process of finding out,” he admits. “It only happened in the last few minutes. I have a hotline,” he adds with a half-smile, holding up his phone.

There’s no way she could have got a story to press in the few moments between leaving my chalet window and when I caught up with her.

“As far as I can work out, it’s just a rumour,” adds James. “No pictures. No proof. But someone has leaked that there could be something between us.”

He waves his phone,
maintaining his half-smile. “My press officers have good contacts in the newsrooms. They let me know the second a story is considered for publication. This leak only happened within the last few minutes.”

The mystery of it swirls in my brain.

The only other people who know about James and I are Will, Callum and Camilla. And I know for a fact that none of them would have leaked it.

Lorna is the only other person who
has an idea that we’re a couple. I’ve not been able to get hold of her on the phone recently. But I know she would never betray me to the newspapers.

“Could it have been one of the security who was hired to find the Lipstick Stalker?” I say finally, thinking out loud. From what I know of James, he’d only hire trustworthy crew. But the last-minute security might have tested his screening process.

Every Little Thing by Chad Pelley
The Secret Trinity Unearth by Jenna Bernel
Familiar Strangers by Standifer, Allie
Slightly Spellbound by Kimberly Frost
Fly Up into the Night Air by John Houser
Mama B - A Time to Dance (Book 2) by Stimpson, Michelle
Marrow by Preston Norton
Cecelia Ahern Short Stories by Cecelia Ahern
The Corrections by Jonathan Franzen
The Graves of Plague Canyon (The Downwinders Book 3) by Michael Richan