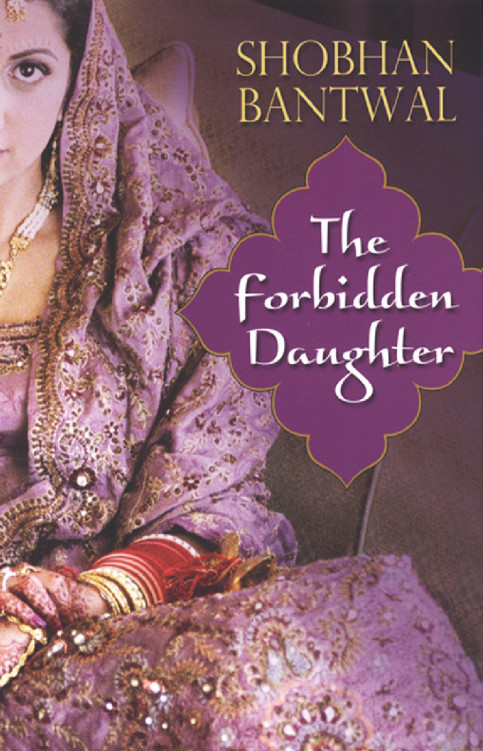 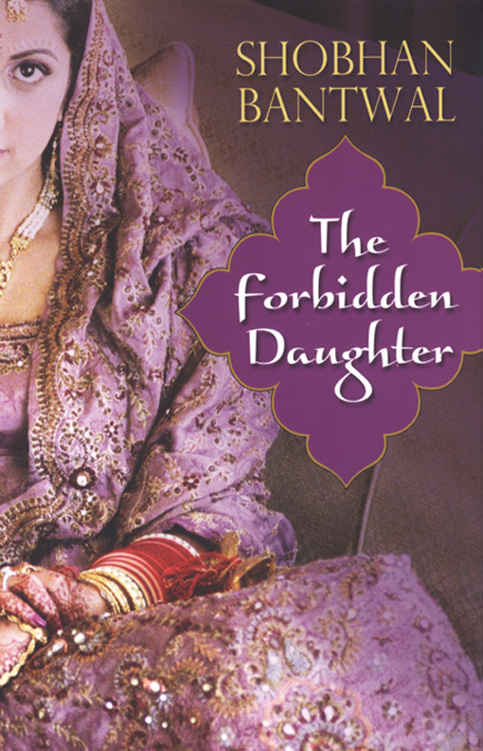 What reviewers are saying about

“
The Dowry Bride
is Shobhan Bantwal’s first novel, and it’s an incredible beginning. . . . Both the brighter and darker sides of India leap off the pages of this excellent, beautifully composed story. For a very exciting, enlightening, and entertaining way to start your autumn reading, do not miss
The Dowry Bride
. It’s a real page turner!”

“
The Dowry Bride
is an insightful look at India’s culture. . . .

The story line is incredible . . . a powerful discerning look at relationships . . . a fabulous look at the importance of a dowry in India in spite of laws protecting the rights (and apparently the life) of a bride.”

“It’s a beautifully written book. . . .
The Dowry Bride
will make you cry, laugh, frown and most of all think. . . . Bantwal takes a brave look at an old topic and delivers a piece of work that may just make an impact. Wonderful, Vivid, and Worth Reading.”

“
The Dowry Bride
is an amazing story of modern India . . . kept me up late, hoping for the best for Megha and the friend who hides her. . . . I nominate
The Dowry Brid
e as a Book Sense Pick.”

—The Kaleidoscope—Our Focus is You Bookstore

“
The Dowry Bride
is an eye opener to the challenges many Indian women face in a culture few foreigners comprehend.”

“Shobhan Bantwal has written a passionate, suspense-filled story of one woman and her fight to survive another’s evil greed and jealousy.
The Dowry Bride
is a fascinating look into an exotic culture and a story that I recommended to everyone.”

“This is one story that is a great read for any time of the year and one that should be read and shared. I hope Ms. Bantwal’s work brings hope to women everywhere.”

This one is dedicated to my little granddaughter,
Karina Uma—my fountain of joy and inspiration.

As always, I offer my initial prayer of thanks to Lord Ganesh, the remover of obstacles.

My heartfelt appreciation goes to my generous, warm and supportive editor, Audrey LaFehr, who has placed her faith in me once more. You are the best! The friendly and efficient edi-torial, production, public relations, and marketing folks at Kensington Publishing richly deserve my gratitude and praise for a job well done. I look forward to working with you on my future projects.

To my agents, Stephanie Lehmann and Elaine Koster, a huge thank-you for your invaluable help and guidance.

I am greatly indebted to my critique partners, Teri Bozowski and Carol Aloisi. They are gentle in their criticism but right on target. They cheer me on at every step.

The Writers’ Exchange at Barnes & Noble in Princeton, New Jersey, and the Writers’ Group at the Plainsboro Public Library deserve my thanks for their insightful comments and suggestions. I offer a grateful hug to my many other friends, who are my cheerleading group.

To my daughter, Maya, and son-in-law, Sameet, I owe more than I can ever repay. I also want to thank my talented sister and fellow writer, Nirmala, an infinite source of support and encouragement. She inspired me to step into the exciting world of creative writing.

And last but not least, to the love of my life, my partner, best friend, and husband, Prakash: I am deeply grateful to have you beside me, loving me unconditionally, and taking care of the business end, so I can write to my heart’s content.

We’re in this together, my dearest. I couldn’t have done it without you.

I fall at your feet time and again.

In my next incarnation, don’t give me a daughter;
Give me hell instead . . .

—Folk song from the State of Uttar Pradesh, India
July 2006

“Your child will come at the harvest full moon,” the old man said.

Jolted out of her dark, melancholic thoughts, Isha Tilak looked up and stared in astonishment at the man who had uttered the startling words. He was obviously addressing her, because there was no one else in the immediate vicinity.

His strange remark captured her attention, thrusting aside her private musings.

“It is called
Kojagari Purnima.
It is the night when Lakshmi, the goddess of wealth and abundance, descends from her heavenly abode to bless her devotees,” he added, stroking his luxuriant salt-and-pepper beard that more than compensated for the total absence of hair on his large, misshapen head.

He was supposedly a
sadhu
—a sage or holy man. He was certainly dressed for the part in his faded saffron robe—typical garb for Hindu holy men. The garment was darned in various places, a haphazard job that showed exactly where the holes 2
Shobhan Bantwal

had been. His teeth had the yellow-brown hue that told the world they hadn’t felt the bristles of a toothbrush in a long while. Perhaps never. His oral hygiene probably didn’t extend beyond the chewing of a
neem
stick, a twig from the bitter
neem
tree used by poor folks to clean their teeth.

His wide lips looked dry and chapped, like the parched, sun-baked dunes of the northwestern deserts of India. Then she noticed his dark, deep-set eyes. There was an intriguing quality about them, a mystical luminescence that compelled a person to meet them and hold their gaze.

He had never uttered a word to her before, never acknowledged her presence. She came to this particular temple often, the small shrine built for the elephant-headed god, Ganesh. He was a highly revered god in the Hindu religion, one whose blessings were sought before embarking on any venture or ceremony, large or small. No
pooja
—ritualistic worship—could begin without first invoking the Great Ganesh, because He was the remover of obstacles.

And Isha had obstacles, serious ones—more than she could count on her slender fingers.

No one seemed to know anything about the
sadhu
. He was an enigma. All he did was sit cross-legged on a threadbare blanket under the ancient, atrophying mango tree that produced no fruit. His eyes were shut in silent meditation. Or perhaps he dozed from the boredom of doing nothing. His dented steel bowl contained a handful of coins and some fruit that people gave in charity, probably his only source of income and food.

He’d been sitting in the same spot for years—right outside the walled temple compound. On rainy days, like today, he had an oversized umbrella mounted on a pole to protect him. Isha couldn’t even remember when he’d appeared on the scene. It seemed like he’d been there forever. He ordinarily spoke to no one, and no one disturbed him. The hundreds of devotees who came to pray at the temple each week accepted him as a permanent fixture, like the centuries-old shrine itself and the hill atop which it sat.

This was Palgaum, a small rural town in southwestern India, where
sadhus
were respected, and nobody questioned their presence, especially in the environs of a house of worship. And even the most impoverished worshippers thought nothing of giving a coin to a holy man.

She had never heard his voice before. It was muffled and raspy, an alien sound emerging from a voice box that was hardly ever used.

Perhaps because she continued to wear a baffled look, he smiled.

The simple motion transformed and softened his austere face, creating deeper furrows in his gaunt cheeks. “Yours will be a female child who will bring light and abundance to the people around her.”

She shook herself out of her stunned silence. It took her a moment to comprehend his words. Then natural curiosity took over, prompting her to goad him, test him. “How do you know my child will be a girl?”

He ignored her question. Instead he said, “Your daughter comes as a gift from Lakshmi, so she will enjoy prosperity and many comforts in her life, and, being generous, she will share them with others.”

“But my in-laws think she’s a curse,” Isha informed him, the bitterness in her voice hard to conceal and the despondency in her tear-swollen eyes a testimony to her despair. “In fact, they have forbidden me to have this child.”

“I know,” he said, with a thoughtful nod. “I am also aware that there is something which some evil doctors use to eliminate female children before they are born. It is one of the many scourges of
kaliyug
—modern society.”

She was amazed at what this man knew, and how much he knew. But how could he? Did he read about such topics or was it intuitive knowledge? “They call it selective abortion,” she told him.

“That’s the medical procedure my in-laws wanted me to have.”

The man barked out a laugh—a harsh, braying sound. Isha wondered if he could be a lunatic and whether it was safe for her to be conversing with him.

“What do they know?” he snapped. “They are ignorant people, steeped in greed and worldly desires. But it is not their fault.

They have yet to go through the many karmic cycles of life and death before they evolve into more rational beings.”

Perplexed even further, she frowned at him. “You know my in-laws?”

He shook his head. “I can see them in my mind, and your recently dead husband, too.”

Isha drew in a shocked breath. He even knew she’d lost her husband! How did he know so much about her? Was he really a
sadhu
or a spy of some kind? But why would he spy on her—a nobody, a recent widow with her life in shambles? Who was this peculiar man? And why was he talking to her all of a sudden when he’d never bothered before? He was beginning to make her uneasy.

She threw a fleeting glance around to make sure there were other people nearby and sighed with relief when she noticed several men and women inside the temple within hearing distance.

Perhaps reading her mind, he shook his head. “I do not mean harm. I am a prophet. I can see with my inner eye.” He pointed to his forehead, smeared with
vibhuti
or holy ashes. “I have watched you for a long time. You are a woman overcome by grief and you come here to seek solace for yourself and your unborn child, do you not?”

Despite the folds of her bulky sari, Isha’s large and distended belly told its own tale. She always sat in a sheltered but remote area of the courtyard, close to the mango tree, shedding silent tears. So he must have observed her. No surprise there. But the rest of what he was saying was astounding. Those were intimate details of her private life very few people knew about.

“Your first child is blessed by Saraswati, the goddess of knowledge and intelligence. She is a clever girl with a talent for healing.”

“You mean she’ll grow up to be a doctor?” Isha was reeling from the fact that he even knew she had another daughter.

“She will heal what is broken.”

Again he ignored her question. “Your late parents’ good deeds and your own have earned you sufficient
punya
.” Blessings.

“Punya!”
She dried her moist eyes with a handkerchief and suppressed the wry laughter rising in her throat. “Losing a husband at such a young age and having to raise two children that nobody but me wants, are considered blessings? If you ask me they’re a
shaap
.” A curse.

He raised his gnarled hands, with their blackened and over-grown fingernails curving inward, in a dismissive gesture. “Life in itself is a blessing. Your mother, father, and husband were your past blessings; your forbidden daughters are blessings for your present and future.”