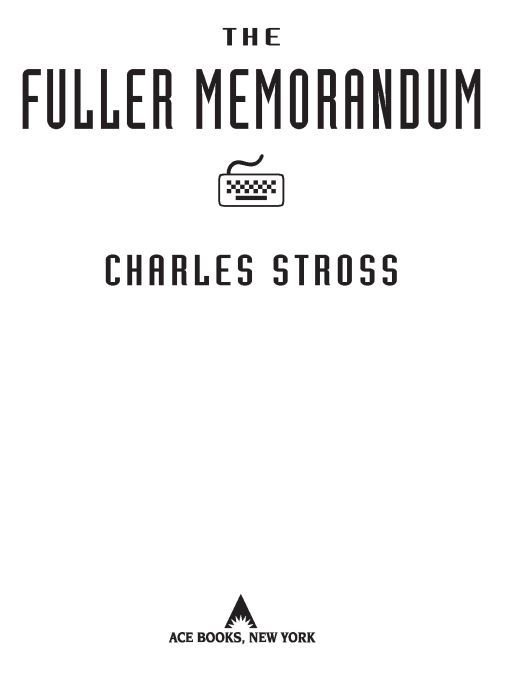 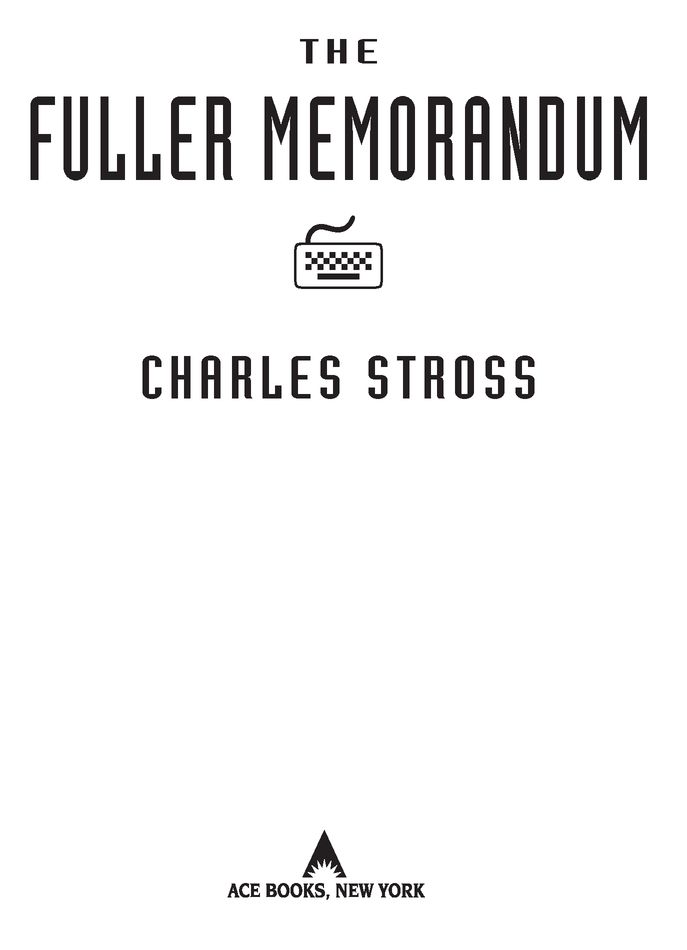 IN MEMORY OF
CHARLES N . BROWN AND JOHN M. FORD.
WE MISS YOU BOTH.
ACKNOWLEDGMENTS
Writers build on the shoulders of others. In particular, I’d like to single out three other writers, without whose work this book would not be as it is: Ferdinand Ossendowski, for his memoirs of events during the Russian civil war; James Palmer, for his portrait of the Bloody White Baron; and Anthony Price, who gave this book a skeleton.
Prologue
LOSING MY RELIGION

THERE CAN BE ONLY ONE TRUE RELIGION. ARE YOU FEELING
lucky, believer?
Like the majority of ordinary British citizens, I used to be a good old-fashioned atheist, secure in my conviction that folks who believed—in angels and demons, supernatural manifestations and demiurges, snake-fondling and babbling in tongues and the world being only a few thousand years old—were all superstitious idiots. It was a conviction encouraged by every crazy news item from the Middle East, every ludicrous White House prayer breakfast on the TV. But then I was recruited by the Laundry, and learned better.
I wish I could go back to the comforting certainties of atheism; it’s so much less unpleasant than the One True Religion.
The truth won’t make your Baby Jesus cry because, sad to say, there ain’t no such Son of God. Moses may have taken two tablets before breakfast, but there was nobody home to listen to the prayers of the victims of the Shoah. The guardians of the Kaaba have got the world’s best tourism racket running, the Dalai Lama isn’t anybody’s reincarnation, Zeus is out to lunch, and you
really
don’t want me to start on the neo-pagans.
However, there
is
a God out there—vast and ancient and infinitely powerful—and I know the name of this God. I know the path you have to walk down to be one with this God. I know his secret rituals and the correct form of prayer and his portents and signs. I have studied the ancient writings of his prophets and followers in person, not simply relying on the classified digests in the CODICIL BLACK SKULL files and the background briefings for CASE NIGHTMARE GREEN.
I’m a believer. And like I said, I wish I was still an atheist. Believing I was born into a harsh, uncaring cosmos—in which my existence was a random roll of the dice and I was destined to die and rot and then be gone forever—was infinitely more comforting than the truth.
Because the truth is that my God is coming back.
When he arrives I’ll be waiting for him with a shotgun.
And I’m keeping the last shell for myself.
A COUPLE OF YEARS AGO, ANGLETON SUGGESTED I START WRITING my memoirs. It seemed a pretty weird idea at the time—a thirty-year-old occult intelligence officer should take time off on the job to work on his autobiography?—but he had a point. “Bob,” he said, in his usual frighteningly avuncular tones, with a voice like dry sheets of parchment rubbing, “like it or not, that thick little skull of yours contains valuable institutional knowledge that has been acquired over years of service for H. M. Government. If you don’t start now, you may never catch up with the job. And if you don’t catch up with the job, part of the Laundry’s institutional memory might vanish for good.” He gave a curious little chuckle, as if he regretted having had to admit that there was any value to my meager contribution. “You might die on your next field assignment, or be turned by the enemy. And that’d be nearly ten years of work down the drain.”
Then he pointed me at the rule book that explained how all officers above OC2 rank are required to either keep a classified journal or to periodically update their memoirs, which would be stored under lock and key—automatically classified under the various keywords they’d been cleared for during the time period covered—the books to be opened only in event of their author’s death, retirement, or permanent disablement in the line of duty.
You know something? I
hate
writing. I keep having to distract myself, hence all the little jokes. It’s actually not as if the job is all that funny, when you get down to it. Especially as I have to write everything either in longhand or on a 1962 Triumph Adler 66 manual typewriter, and burn the ribbons and carbon papers afterwards in the Security Office incinerator in front of two witnesses with high security clearances. I’m not allowed to use rubber bands or paper clips to hold the papers together (although string and, ye horrors, traditional red sealing wax—and
don’t
get me started on how difficult it is to melt the stuff in a smoke-free building with fire detectors in every office—is permitted). My fingers are hardwired for the Emacs programmers’ editor and a laptop; this historic office reenactment stuff gets old real fast. But I digress.
This is the story of how I lost my atheism, and why I wish I could regain it. This is the story of the people who lost their lives in an alien desert bathed by the hideous radiance of a dead sun, and the love that was lost and the terror that wakes me up in a cold sweat about once a week, clawing at the sheets with cramping fingers and drool on my chin. It’s why Mo and I aren’t living together right now, why my right arm doesn’t work properly, and I’m toiling late into the night, trying to bury the smoking wreckage of my life beneath a heap of work.
It’s the story of what happened to the Fuller Memorandum, and the beginning of the end of the world.
Are you sure you want to carry on?
1.
GOING TO SEE THE ELEPHANT

Summer in England
THOSE WORDS ARE SUPPOSED TO CONJURE UP HALCYON SUNNY
afternoons; the smell of new-mown hay, little old ladies on bicycles pedaling past the village green on their way to the church jumble sale, the vicar’s tea party, the crunching sound of a fast-bowled cricket ball fracturing the batsman’s skull, and so on.
The reality is, of course, utterly different.
It’s an early summer afternoon in June, and I’m sharing an overcrowded train carriage with an assortment of tired commuters heading back to their dormitory suburbs, and a couple of angry wasps trying to drill their way out through the toughened glass. The hamster-powered air conditioning is wheezing on the edge of a nervous breakdown, it’s twenty-eight degrees and ninety percent relative humidity out there, and the asshole behind me is playing something very loud on a pair of tinny headphones.

Jean and Johnny by Beverly Cleary
Blade on the Hunt by Lauren Dane
Raising the Bar by Marie Harte
A Sky of Spells (Book #9 in the Sorcerer's Ring) by Rice, Morgan
Ties That Bind by Kathryn Shay
The Castle by Sophia Bennett
Vanishing Point (Circle of Spies Novella) by Laura Pauling
Eclipse: A Novel by John Banville
A Joyful Break (Dreams of Plain Daughters) by Craver, Diane
Breathe Me by Alexia Purdy