The Grave Thief: Book Three of The Twilight Reign 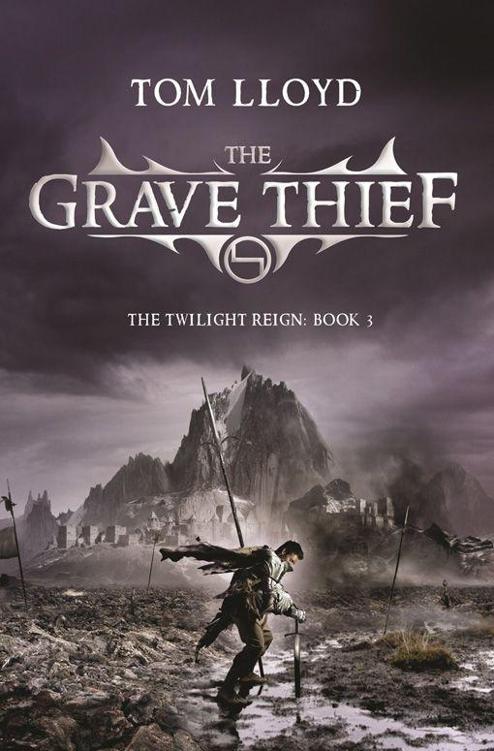 Orion
www.orionbooks.co.uk
A GOLLANCZ EBOOK
First published in Great Britain in 2008 by Gollancz
This eBook first published in 2009 by Orion Books.
Copyright © Tom Lloyd-Williams 2008
The rights of Tom Lloyd-Williams to be identified as the author of this work has been asserted by him in accordance with the copyright, designs and patents act 1988.
All characters and events in this publication are fictious and any resemblance to real persons, living or dead, is purely coincidental.
All rights reserved. No part of this publication may be reproduced, stored in a retrieval system or transmitted in any form or by any means without the prior permission in writing of the publisher, nor be otherwise circulated in any form of binding or cover other than that in which it is published without a similar condition, including this conditions, being imposed on the subsequent purchaser.
A CIP catalogue record for this book is available from the British ribraryo
eISBN : 978 0 5750 8777 4
This eBook produced by Jouve, France.
Orion Books
The Orion Publishing Group Ltd
Orion House
5 Upper St Martin’s Lane
London WC2H 9EA
An Hachette UK Company
www.orionbooks.co.uk
For Fiona, with all my love
Acknowledgements
Anyone who lives with a writer and puts up with them is a saint in my book; that Fiona manages to do so with such generosity and cheerfulness is rather humbling. Without your efforts, Fi, the book would have been all the poorer and I’d have struggled to enjoy writing it, so thank you.
Thank you also to the nice folk at Blake Friedmann who helped by accommodating my eccentricities, and my readers, Nat and Richard, yet again did sterling work pointing out all the stupid stuff I’d done. Thanks also to Nathan and Dave, for the cigarettes and philosophical musings. The last word, as always, goes to Jo Fletcher, whose efforts on my behalf go well beyond mere editing, but she does that bloody well, too.

My Splendid Concubine by Lofthouse, Lloyd
How to Get a (Love) Life by Blake, Rosie
Underdog by Euan Leckie
The Promise of Lace by Lilith Duvalier
Pixie The Lion Tamer (Shifters, Inc.) by St. Clair, Georgette
Man Eater by Marilyn Todd
The Restoration of Flaws (The Phantom of the Earth Book 5) by Zen, Raeden
Trapped by Alex Wheeler
The Curious Steambox Affair by Melissa Macgregor
Acceptance: A Novel (The Southern Reach Trilogy) by Jeff VanderMeer