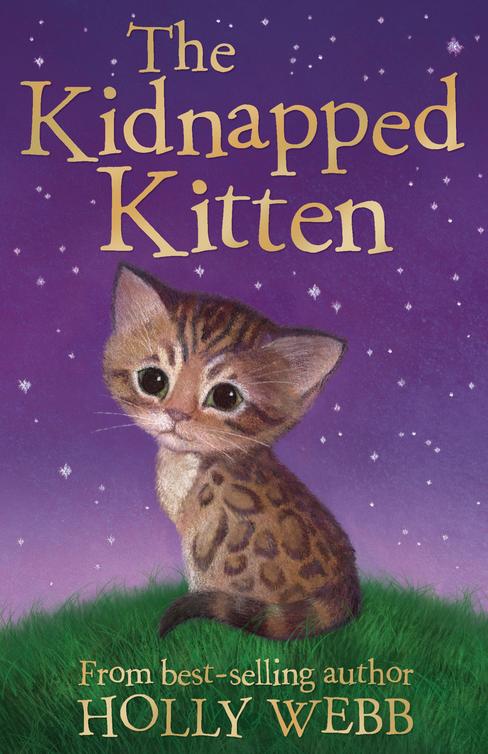 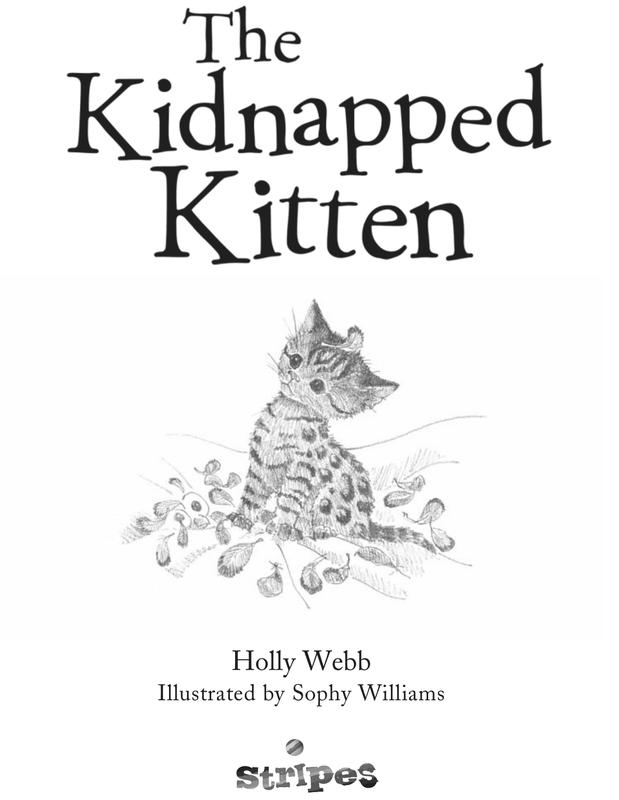 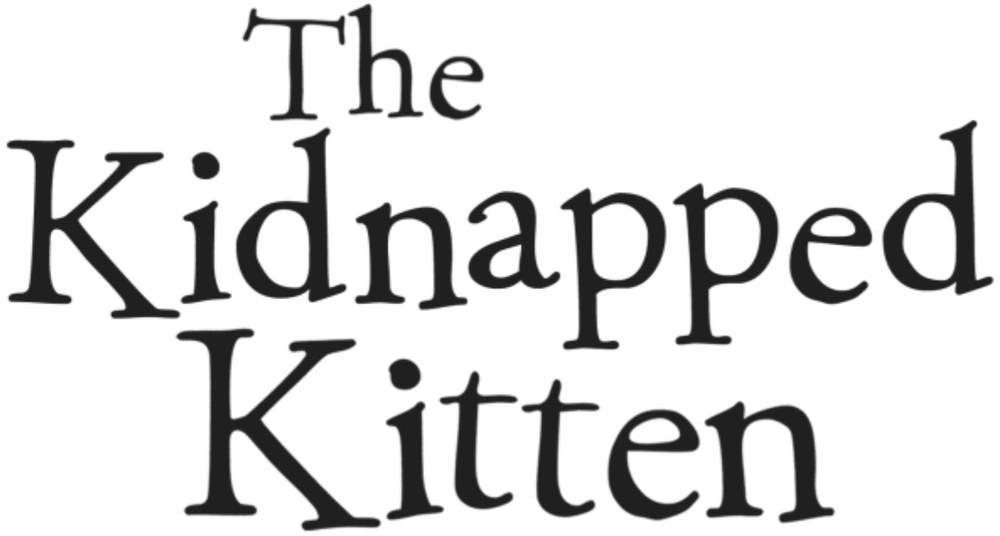 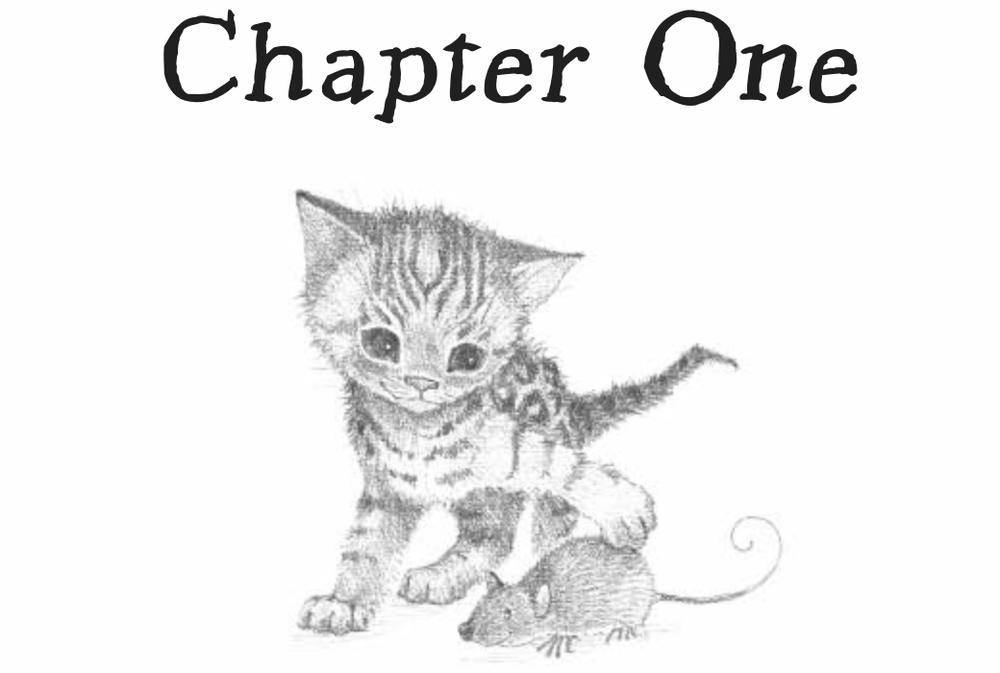 “Laura! Laura!” Tia waved, as she rushed down their street on the way home from school.

Her neighbour stood up and waved back. Laura was planting something in her front garden and her beautiful cat, Charlie, was sitting next to her, staring suspiciously at the turned-over earth.

Tia ran up and leaned over the wall,
and her little sister, Christy, followed, panting, “You went too fast for me!”

Tia nodded. “The best. Mum and Dad say we can have a cat!” 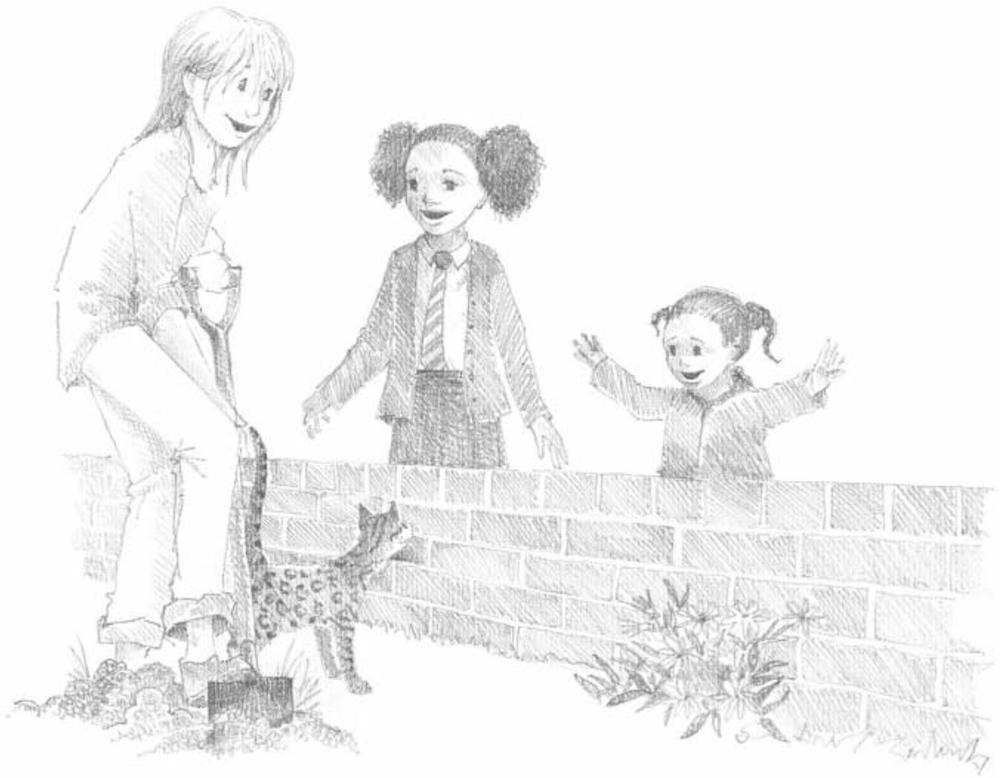 “Oh, that’s so exciting.” Laura beamed at them. “You’ll be brilliant cat owners. You were great when you came with your mum to feed Charlie while I was away. He looked quite grumpy when I got back – I don’t think I was fussing over him as much as you two were.” She looked up in surprise as Charlie suddenly pounced on the pile of earth. “Oh, Charlie! Stop it! You don’t want it, you silly cat.”

“What is it?” Tia tried to see what Charlie was patting at with his paw.

“A worm. No, don’t eat it! Euurrgh!” Laura picked up Charlie and dusted the soil off his paws, and the worm made a quick getaway.

“He eats
worms
?” Christy peered over the wall at Charlie.

Laura grinned. “He eats everything. Especially things that wriggle. Bengals are a bit like that. Really nosy.”

“Charlie’s a special breed of cat then?” Tia asked thoughtfully. “I’ve never seen another cat that looks quite like him. He’s like a leopard.”

“Exactly.” Laura nodded and put Charlie on top of the wall so the girls could admire him. He sat down with his tail wrapped around his paws and his nose in the air, posing. “Bengals are bred from leopard cats – little wild cats that live in Asia. Leopard cats are spotty like big leopards. But you can get Bengals with swirly stripes as well.”

Tia reached out her hand to Charlie and made kissy noises at him.

Charlie gazed back at her. He had his eyes half-closed, which made him look very snooty, but Tia thought it was actually because he was a bit embarrassed about not being allowed to eat worms.

He eyed her thoughtfully for a few more seconds, then stood up and stepped delicately along the wall to allow her to stroke him. 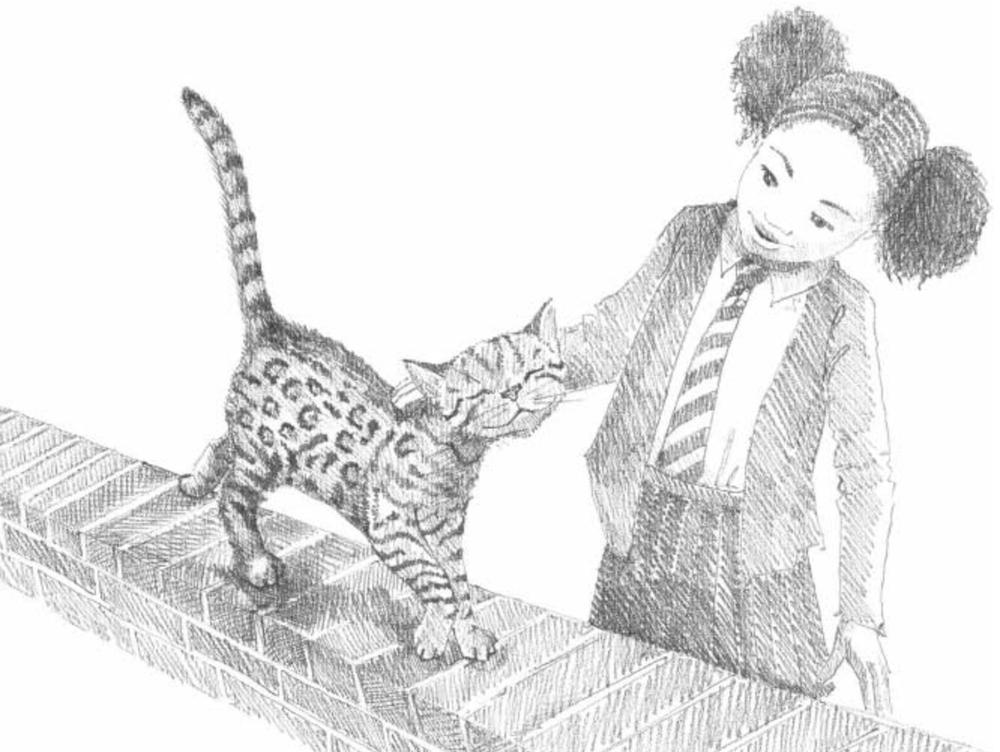 “You’re the nicest cat ever,” Tia murmured. She glanced up at Laura. “You know, his fur’s almost sparkly when you look at him in the sunshine.”

“It’s called glitter.” Laura nodded. “Lots of Bengal cats have it.” She rubbed Charlie’s ears. “It’s actually because some of his fur is see-through, but it looks like he’s covered in gold dust. He’s a precious boy.”

“Hi, Laura! I hope the girls aren’t bothering you.” Tia and Christy’s mum hurried up.

“No, it’s fine. They were just telling me their exciting news.” Laura smiled. “If you get a cat, then they can both sit in our front windows and stare at each other!”

Tia giggled, imagining it. Laura’s
house was just across the road from theirs, so the two cats really would be able to see each other. Charlie liked to sit on the windowsill and look out. Tia always waved at him on her way past.

Tia ran her hand down Charlie’s satiny back again. “Mum! Could we have a cat like Charlie?”

Her mum reached out to scratch Charlie under the chin. “I’m sorry, Tia, but I don’t think so. Charlie’s beautiful, but he’s a pedigree cat. He must have been really expensive.” She glanced at Laura, looking a bit embarrassed. “Sorry!”

Laura made a face. “No, don’t worry. He
was
expensive. But I’d wanted a Bengal cat for ages. I just loved the way they looked, and I’d read about
what funny characters they are. So I saved up for him.”

“We’ll probably go to the Cats Protection League and see if they have any kittens available,” Tia’s mum explained to Laura. “Even though you are gorgeous, aren’t you?” She made coaxing noises at Charlie, and he did his superior face back again.

“Lucy got Mittens from the Cats Protection League. Lucy’s my best friend from school,” Tia put in. “She’s got a really cute black and white cat, with little white mittens on the fronts of her paws. It’s all right, Mittens isn’t as beautiful as you,” she added to Charlie, who was looking outraged. “Sometimes I think he understands everything we say,” she told Laura.

“That’s the thing with Bengals,” Laura said. “They’re very clever. Lots of them have tricks, like opening doors – Charlie can do that. But it means they can be quite difficult to look after. When they get bored, they can be naughty. I wouldn’t be able to have Charlie if I didn’t work at home. He’d be lonely if I was out all day.”

“Cats need company,” Tia’s mum agreed. “But I only work afternoons, so we should be all right.” Tia’s mum worked part-time in the office at Tia and Christy’s school. “Anyway, we should leave you in peace. Come on, girls.”

“Bye, Charlie.” Tia gave him one last loving stroke. “See you tomorrow on the way to school!”

“You don’t mind that we can’t have
a cat like Charlie?” her mum asked, as she unlocked the front door.

Tia turned round and hugged her. 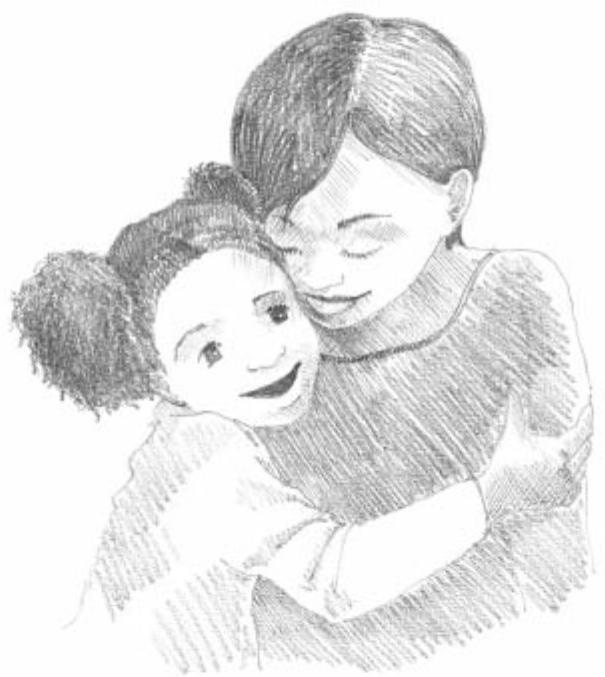 “No! I just want a cat of our own, that’s all. Maybe a black and white cat, like Lucy’s? Will we be able to choose between lots of cats?”

“That’s probably nicer for the cats,” Tia pointed out, as she took off her shoes.

“When’s our cat coming?” Christy asked. Christy was only four, and she didn’t really understand about the time things took.

“In a little while, I promise,” Mum said, and Tia gave a little sigh of happiness. Hopefully they wouldn’t have to wait too long…

They were on their way to school, and Tia had been daydreaming about what sort of cat they might get. She jumped when Laura shouted after her.

Laura was at her front door, with Charlie weaving himself possessively around her ankles. “Oh, I’m glad I caught you! Is your mum around?”

“She’s a bit further up the road, chasing after Christy,” Tia explained.

“I don’t want to make you late for school, but I really wanted to let you know…”

Tia stared at Laura, not really sure what she was talking about.

“Sorry! I’ll start at the beginning. The lady who bred Charlie called me last night – I’d sent her a photo of him, and she was ringing to say thank you. And she mentioned she’s got a Bengal kitten for sale!”

“But we can’t—” Tia started to say. Mum was right. They really couldn’t afford a pedigree cat.

“Oh, I know, but that’s the thing. This kitten won’t be very expensive. She’s got a bent tail. She’s still gorgeous,
but it’s what’s called a fault. It means she can’t be in a cat show, and no one would want her to have kittens, as they might have bent tails too. So I thought I’d tell you, just in case you want to go and see her. I expect lots of people will be keen to buy her – sometimes people wait ages for a Bengal kitten. I wrote it all down for you.” Laura darted back into the house and returned with a scrap of paper. “Here, give this to your mum. It’s the breeder’s phone number.”

Tia looked down at the piece of paper.
Glimmershine Bengals
, it said,
Helen Mason
, and a phone number. But somehow, for Tia, the scribbly writing seemed to say,
Your very own kitten…

Mage-Guard of Hamor by L. E. Modesitt, Jr.
Crazy Love by Tara Janzen
A Heart Bent Out of Shape by Hall, Emylia
Voices in Our Blood by Jon Meacham
Barely Undercover by Sarah Castille
Children in the Morning by Anne Emery
The Billionaire's Second-Chance Bride (The Romero Brothers, #1) by Shadonna Richards
Blindsided by Adams, Sayer
Star Wars - When the Domino Falls by Patricia A. Jackson
Ted Kennedy: The Dream That Never Died by Edward Klein