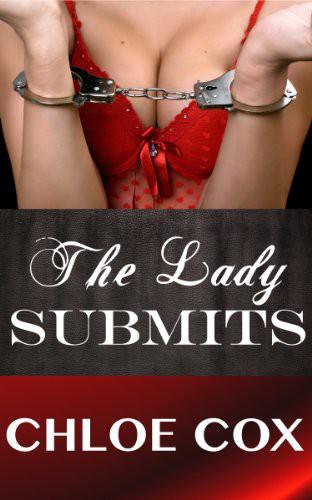 Sometimes a highborn Lady needs to be brought low…

It’s the decadent, raunchy holiday of Bacchanal, and the
Lady Lucrezia Grimaldi cannot find a man to satisfy her. Worse, she’s been
saddled with the brutish Carlo Castellan as her bodyguard for the last night of
Bacchanal. There’s only one thing to do: escape to the fabled House of the
Severille…

The imperious Lady Lucrezia expects to sate herself by
dominating some poor House slave. What she gets instead is the harsh touch of a
Severille Master who will stop at
nothing
to make the Lady submit.

It was a truth universally acknowledged, within the confines
of the city of J’Amel, that no woman should go wanting during the Bacchanal.
And yet the Lady Lucrezia Grimaldi wanted. She wanted very badly.

Lucrezia helplessly ground her hips into her hapless lover’s
face, desperately seeking her orgasm. She closed her eyes and grasped for it, only
for it to flash and dart away, just out of reach. Since the beginning of the
Bacchanal holiday, no man had properly satisfied her. She had one week of
complete sexual freedom each year — one week in which it was actually
sacrilegious
not
to indulge —
and she couldn’t come.

“Oh, this is hopeless,” she snapped, and shoved the
Chevalier’s head away. He looked up at her with some surprise, her juices
smeared all over his face. “You may go,” she commanded.

“But Lucrezia,” he complained, sitting up as Lucrezia
wrapped herself in a sheet and went to stand by the window, “look.” And he
pointed at his erection, purple with pressure.

“Then get a servant or something, Marc,” she said, and she
rang the bell for service. She didn’t even bother to look at him as he gathered
his things, muttering something about gratitude.

Lucrezia knew she was becoming unpleasant, even to those of
whom she was quite fond, like the Chevalier Marc
Sancre
.
But she couldn’t help it. No one could be pleasant all the time under such
circumstances. She felt as though she were swollen to the point of bursting,
and had inexplicably forgotten how to release the pressure.
Or ripe to the point of rot, with no one who
can properly eat me,
she thought with a grim smile. The streets of J’Amel
below her were still relatively quiet, with most of the citizens sleeping off
the previous night’s indulgences. Or, like Lady Lucrezia, indulging some more.
Only they probably got some satisfaction out it.

Tonight was her last chance, and yet it wasn’t a very a good
one. Ivy House was having its party, the last of the Bacchanal Society Dances, and
traditionally a boring, staid affair, a reminder for the upper classes that the
world would soon have to return to normal. Lucrezia was expected to
attend
as the representative of the Grimaldi family, while
her constantly scheming brother did whatever it was he found amusing, presumably
hatching another tired political plot or something similar. She had sent him a
pleading request that he go in her stead — for safety reasons, of course,
neglecting to mention that it was the safety of everyone else that would be at
risk if she were forced to attend — but she did not have particularly
high hopes.

“Antonia,” she said, turning to find her lady’s maid waiting
patiently by the door, “has my brother sent word?”

Antonia’s face told Lucrezia what her brother’s answer had
been. Lucrezia felt a pang of anger somewhere below the din of her frustrated
desire. She never should have asked; she should have just done what she
pleased, like a true Grimaldi.

“Oh, don’t say it, I know he was beastly about it,” she
said, and wrapped the sheet tighter about her shoulders. The soft material
grazed her nipple, and slid across her skin, stoking the fire in her core.
Which was absurd. She was having a conversation about her brother with her
maid. Sex should be the furthest thing from her mind.

Lucrezia slowly swiveled her head. “I told him I wouldn’t
have that brute in my guard.”

“He’s outside the door, milady. He wouldn’t wait.”

It was just like Carlo Castellan to barge into a lady’s
private chambers and skulk outside her bedroom door. Lucrezia swallowed.

Her sexual frustration had become a
constant presence, a low hum, steadily growing in intensity and volume, and the
vibrations were beginning to tear at her from the inside out. But now
it was joined by a chorus of equally impotent rage
, much of
it directed at that damned Carlo Castellan.

First, the man was common.
A common
soldier.
It was obvious from his manners (none), his breeding (none),
and his concern for social graces or standing (also none). Add to this that he
was a large man, a physically powerful man, and that he obviously knew it. He
didn’t hide his thoughts or feelings about the opposite sex, which were always
readily apparent, and usually…well, “carnivorous” was the word that came to
mind. Which would not offend if he restricted his attentions to members of his
own class, but Carlo Castellan never met a boundary he couldn’t violate. He was
basically a back alley tomcat, Lucrezia reflected, complete with a slight scar
on his brow.

And ever since Carlo Castellan had saved her brother’s life
in some faraway battle, he’d been a constant presence in her life. It was
rumored that he would be given a stake in the great Grimaldi bank soon, and
then she’d never be rid of him. Until then, he’d been charged with providing for
Lucrezia’s
personal security, something that became
more or less urgent with the waxing and waning political tides.

Lucrezia felt that this arrangement was beneath her, and, to
her eternal frustration, it was clear that Carlo felt it was beneath him, too.

“Send him in,” she said through gritted teeth, “and leave
us.”

“Does my lady want to dress…?”

If he wanted to surprise her, let him face the consequences.
He’d never approved of any of her assignations, with typical male hypocrisy. If
she couldn’t be truly satisfied, she could at least have the satisfaction of
Carlo Castellan’s discomfort.

She let her sheet fall a little, exposing one long, supple
leg, composed her face in a mask of haughty irritation, and pretended to look
out the window.

Carlo Castellan strode into her bedroom as if he owned it,
letting the door close loudly behind him. They were alone. He was dressed in
his customary unadorned black leather vest, all martial utility and monastic
simplicity, but his well-muscled arms and chest were bare to the heat, and
glistening with a slight sheen of sweat. It was…disconcerting. Lucrezia watched
his eyes fall on her rumpled, obviously
well-used
bed,
and then slide over to her. He looked her up and down without apparent
reaction, and without bothering to hide that he was doing it.

“What do you want?” Now she was even more frustrated. She
thought she’d at least annoy him.

“I’m here to discuss your plans for tonight.”

Lucrezia narrowed her eyes. A discussion implied that she
had some sort of say in the matter. But that was too much to hope for, and she
found the idea of Carlo Castellan’s condescension to be…humiliating. The
buzzing inside her grew louder.

“I will accompany you to the Ivy Dance this evening, my
lady.”

Lucrezia’s
lips fell open in
genuine surprise, and her sheet slipped dangerously off of one shoulder as she
snapped her head around, and looked him in the face.

“I believe you heard me, my lady. Per your brother’s
instructions, I will accompany you to the Ivy Dance.”

Lucrezia could not fathom it. It was…unfathomable. To be
escorted by
him
?
In
public?
Her mind raced as she tried to remember what she might have done
to so offend her brother. They were constantly sniping at each
other,
it was a game between them, almost traditional.
But this?
This?

She looked up to see the last remnants of a fading grin on
Carlo’s face.

That
was too much
to bear.

“Fetch me a glass of amberwine, soldier,” she said coldly.

Their eyes locked. Whatever Lucrezia thought of Carlo’s
station, it was certainly higher than mere servant.

Finally, Carlo dipped his head, and walked over to the cart
she’d had brought up earlier that morning. He even moved like a cat, she
thought, momentarily transfixed, with the grace and supreme confidence of a
predator. What did it matter to him if he served her a glass of wine or not? He
would still be himself as he did so.

Lucrezia shivered, and held out her hand imperiously to hide
it.

“My lady,” Carlo murmured, and handed her the glass. His
face was unreadable.

Lucrezia tried to calm herself. Her hand would
not
shake in front of this man. She was
a Grimaldi, and she would remind him of it.

“No,” she said, raising the glass to her lips. “I don’t
think I will attend.”

Carlo’s arm snaked out so fast she hardly registered the
movement before his hand was around her wrist. His grip was iron. Amberwine spilled
from the glass onto her chest, and she looked down to find that her sheet had
fallen, exposing her round breast. She was mortified to see her nipple hardening.

“No, Lucrezia,” Carlo said softly, “you
will
go to the Ivy Dance, and I
will
accompany you, even if you have to go wrapped in this sheet and thrown over
my shoulder. Your brother has asked me to do this. It will be done.”

She was unable to speak, her voice choked by the sudden
rapid beating of her heart and the insistent pressure of the pounding pulse
between her legs. Her skin flared where he touched her, and it was impossible
to think. She looked at him in wide-eyed fascination.

“Lucrezia, do you understand?”

Carlo only looked down at her exposed breast and aroused
nipple once, only for a moment. He said nothing. Then he released her wrist and
strode out of the room without a second glance.

Lucrezia’s
whole being throbbed.
This was unbearable. She could no longer distinguish between desire,
frustration, rage, and hate. She knew there was only one place where she might
hope to sate all of these things, only one place that might offer her any hope
of release, and it was
not
at the Ivy
Dance.

She needed the harsh edge of the Severille.

“Not that cloak. The burgundy. Yes. There’s no reason a
clandestine adventure can’t still be stylish,” Lucrezia said as she modeled her
carefully chosen ensemble in the full-length mirror. She was wearing, when it
came down to it, artfully arranged scraps of leather. She’d had it especially
designed for the Bacchanal season, and yet she hadn’t found proper occasion to
wear it until tonight. A series of fine straps over her shoulders, back, and
sides held the short skirt and miniscule top to her lush figure, leaving her
belly bare and giving her the general appearance of barely contained sex. The
overall effect was one of a particularly aggressive brand of sexuality. Even
so, it was more than she expected most would be wearing at Severille House.

Lucrezia had never actually been to the Severille Society House.
She was, like all members of the aristocracy, a nominal member, but unlike
most, she had a genuine taste for the Severille style. Her experience had so
far been limited to informal games with various lovers, but she found that she
enjoyed the power of it immensely.

If there were any place she could go to be thoroughly
satisfied in every way imaginable, it would be the Severille House during the
Bacchanal. And it would mean that Carlo Castellan would charge up to her
private rooms only to find her missing, and himself beaten.

She was very much looking forward to her escape.