Read The Mask of Atreus Online

The Mask of Atreus 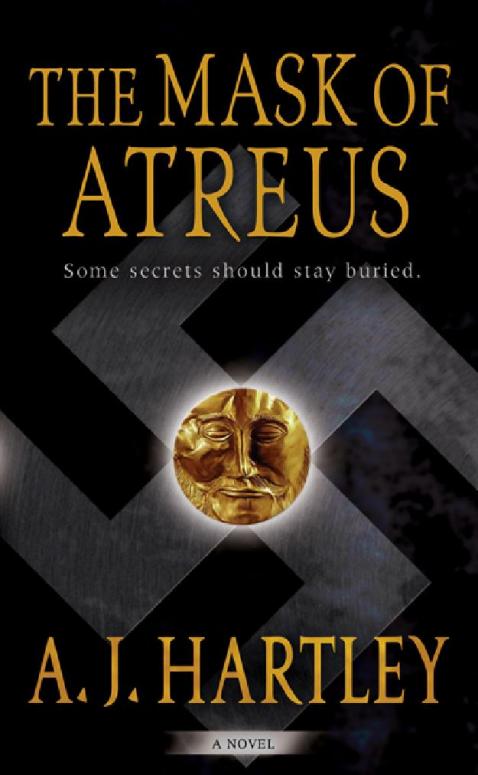 Tags:
Fiction, General, Detective, Fiction - Mystery, Thrillers, Mystery & Detective - Women Sleuths, Antiquities, Theft from museums, Greece, Museum curators
SUMMARY:
An obscure museum's dead proprietor lies in a secret room surrounded by one of the world's most astonishing collections of Greek antiquities. Only a priceless Mycenaean death mask has been taken, along with the bones of a legendary hero thought to exist only in ancient myth. Looted by the Nazis, the treasures are still being sought by those whose dreams of glory remain undefeated. The mask is an unparalleled discovery that will be a force for devastating retribution in the wrong hands. But by the time museum curator Deborah Miller learns the truth, it may be too late not only to save herself--but to reveal to the world the awesome secret she's uncovered. 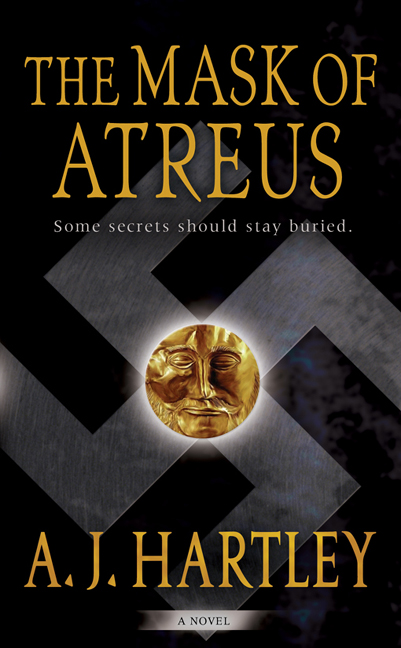 If they were what they appeared to be, this had to be the largest, richest collection of Mycenaean or Minoan artifacts outside the National Archaeological Museum in Athens. Its value was impossible to estimate.

A collection of this size just couldn't exist. Most of the Greek sites had been excavated or plundered centuries before. A collection like this, unknown to modern archaeological science, was unthinkable. But Deborah knew at a glance that what she was looking at were not copies or reproductions of known pieces. If this stuff was real, it had been stolen, kept secret, traded outside the purview of the archaeological community, squirreled away, its lessons and delights for private consumption. She felt only dread and a disappointment that left her drained and hollow, even stopping her tears with a sudden and emptying weariness.

Why didn't you tell me?

She remembered his old Indiana Jones-esque righteous indignation:
"This belongs in a museum."
Quite. She looked at him again, lying there, pale and unfamiliar, striped and splashed with the garish red of his blood.
You were my friend, my mentor . . .

Richard had been dealing with the worst kind of illegal artifact traffickers and they had turned on him. What other way was there to read the evidence?

The Mask of Atreus

"This is exactly the kind of archaeological thriller I love--from its gripping opening on a battlefield in the waning days of World War II to its roaring finish.
The Mask
of Atreus
is rich and dramatic--a compelling novel that will grip you in its swift, dark currents and sweep you over the falls . . . outstanding."

The Codex
and
Tyrannosaur Canyon

"
The Mask of Atreus
is the perfect debut--a high-octane thriller crammed full of long-buried secrets, treacherous betrayals, jaw-dropping twists, and a healthy dash of romance. Deborah Miller is an engaging, sympathetic heroine, who you can't help but root for. Move over Michael Crichton--A. J. Hartley is right at your heels."

"Intriguing. A labyrinth of history and mystery."

Penguin Books Ltd., Registered Offices: 80 Strand, London WC2R 0RL, England This is a work of fiction. Names, characters, places, and incidents either are the product of the author's imagination or are used fictitiously, and any resemblance to actual persons, living or dead, business establishments, events, or locales is entirely coincidental. The publisher does not have any control over and does not assume any responsibility for author or third-party websites or their content.

THE MASK OF ATREUS

A Berkley Book / published by arrangement with the author Copyright (c) 2006 by Andrew James Hartley.

No part of this book may be reproduced, scanned, or distributed in any printed or electronic form without permission. Please do not participate in or encourage piracy of copyrighted materials in violation of the author's rights. Purchase only authorized editions. For information, address: The Berkley Publishing Group, a division of Penguin Group (USA) Inc.,

Berkley Books are published by The Berkley Publishing Group, a division of Penguin Group (USA) Inc.,

first revealed to us by cyber-oracle in Delphi . . .

The author would like to thank the following: People who have supported my writing in the past: Jane Hill, David Raney, Jaime Cortez, Alan McNee, Douglas Brooks-Davies, Jonathan Mulrooney, and--

especially--Stacey Glick, who never gave up.

People who contributed directly to this novel by reading it or supplying valuable information:

My brother, Chris; my parents, Frank and Annette; and--above all--my wife, whose patience with my persistent scribblings defies description and belief.

Andrew Mulligrew clamped the radio's headphones tighter to his head. He must have misheard. Given the roaring of the Sherman's engine, it was amazing he could hear anything.

Mulligrew's heart sank. That was what he thought he'd heard. Even over the clank and squeal of the tank's wheels, he could hear the silence in the radio static. Somebody, maybe Williams over in
The Highwayman
to his left--the whole platoon had names stenciled on their hull noses--

asked what else was in the convoy. His tone was balanced between resignation and dread.

"Couple of trucks, a half-track, at least two other tanks, probably a panzer four and a panther."

Four Shermans, thought Mulligrew, one of them moving at half speed, and two Stuart M5s armed only with thirtyseven mill canons, against the finest German armor including one tank they couldn't hope to touch unless they got close enough to spit on it. Every one of the German tanks had guns that could stop them cold at five hundred yards. The Jagdpanther would rip them apart at three times that distance. What in God's name were the Krauts doing sending a prime platoon south like this when they were using every last man and machine to delay the Allied pincer in the north?

Berlin was falling, perhaps already had, but a crack unit had been allowed to hightail it south, straight--God help him--

Springtime of the Spirit by Maureen Lang
Prince Charming Wears a Badge by Lisa Dyson
Breaking and Entering by Wendy Perriam
A Pirate's Tale: The Only Solution Is Retribution by Saxon Andrew
Insidious by Aleatha Romig
Don Quixote [Trans. by Edith Grossman] by Miguel de Cervantes
Edge of Disaster by Hargrove, A. M.
Prince's Proposal (The Exiled Royals 1) by Ivy Iverson
Emma Jensen - Entwined by User
Duel by Richard Matheson