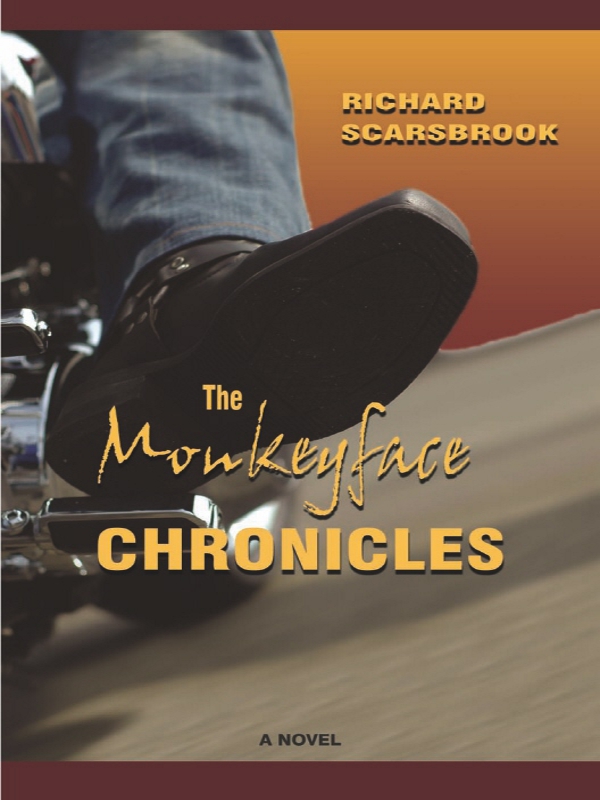 No part of this publication may be reproduced or transmitted in any form or by any means, graphic, electronic or mechanical, including photocopying, recording, or any information storage and retrieval system, without permission in writing from the publisher or a licence from The Canadian Copyright Licensing Agency (Accesss Copyright). For an Access Copyright licence, visit
www.accesscopyright.ca
or call toll free to 1-800-893-5777.

Thistledown Press gratefully acknowledges the financial assistance of the Canada Council for the Arts, the Saskatchewan Arts Board, and the Government of Canada through the Book Publishing Industry Development Program for its publishing program.

For Nicole,
with love and gratitude
and to
Mom and Dad,
for those very first words

Brown Is Not a Colour

The Meaning of Know

I
t is their first date.

The man holds the woman's hand as she steps over a pile of loose stones recently fallen from the cliff wall. “Worth the climb down?” he asks.

“Worth it,” she says, sighing. She looks again at the last orange embers of daylight blinking on the lake's choppy surface. Then they turn to face each other, legs pressed together, hips fused, chest against chest. She closes her eyes as they kiss. And then opens them and pulls away, “Oh, my God! Did you hear that?”

“Just the waves crashing,” he says.

She wriggles from his embrace, points up the shoreline to where the jagged cliffside curves away from the beach. “Over there!”

She scrambles over the shifting stones toward a metallic glint in the distance. He rushes after her. The smell of gasoline and burnt rubber push through the damp, fishy air.

It's a motorcycle. Or what's left of a motorcycle, its gas tank crushed and its frame twisted. The rear wheel turns one last slow orbit. Steam hisses from the engine, slapped by foamy waves.

The rider, or what's left of him, is twisted on the rocks like a tangled string puppet. His face is a smear of glistening crimson. “Jesus Christ,” the man says, “I think his chest is moving!”

A sound erupts from the bloody, pulpy face. A sound like an endless dry heave. The wail of a mournful ghost.

The man will fumble for his cell phone, punch 9-1-1. The woman will sit on a flat-topped stone, rocking back and forth and staring at the length of severed brake cable in her hands, until the emergency personnel wrap her in a blanket and usher her into an ambulance.

It will be their last date.

Everyone is necessarily the hero of his own life story.
â John Barth

T
he fluorescent lights hum ominously over our heads. Miss Underwood is hunched over her desk, her red pen tick-tick-ticking like a metronome as she grades our spelling quizzes. A girl clears her throat, and the sound resonates against the cement-block walls like a roll of thunder. Nervous coughs punctuate the silence.

I'm already finished my math sheet, so I just look out the window, where the sky churns shades of grey. Wind whistles at the cracks in the dried-putty caulking. A storm is brewing.

None of the back-row boys force loud farts, nor do they “accidentally” drop textbooks. Everyone just waits.

Welcome to classroom 8-C, the
unofficial
grade eight “dumb class” at Faireville Public School. Across the hall, classroom 8-A is populated mostly by kids who get A grades and play on all the sports teams and come from wealthy old-money families with big lace-covered homes in Victoria Park. The kids next door in 8-B are predominantly well-behaved, good-citizen types from the new subdivisions. The leftovers â the bullies, the idiots and the misfits â are tossed into 8-C. Most of them come from the junk-strewn trailer park by the highway out of town, or from that long row of bow-roofed shacks parallel to the railroad tracks.

I'm not quite sure what I'm doing here in 8-C. I get 100 percent on practically everything I hand in. I was the only kid in 8-C to make it to the school-wide spelling bee, and my project on genetic mutations won first prize in the Biology category of the Plympwright County Science Fair. I've read every volume from A to Z of the
World Book
and
Britannica
encyclopedias, so I can answer almost any question the teachers ask in Science, Geography and History class (although I've learned that it is better for my health to keep my hand down and my mouth shut).

Maybe someone at the school board office got wind of the fact that our school was disobeying the “no-streaming policy,” and they stuck me into 8-C in some vain attempt to balance the academic profile of the class. Maybe, because until this year I was home-schooled by my mother, the Principal just assumed that I would be behind the other “normal” eighth-graders. Maybe they didn't put me into class 8-A because that's the class my twin brother Michael is in.

The simplest explanation for my placement in 8-C, though, is my face. I suffer from a rather extreme facial deformity. A mutation in my IRF6 gene (which stands for “Interferon Regulatory Factor 6”) caused me to be born with a cleft lip, unusual teeth, and a flattened nose. Medical scientists have named my condition “Van der Woude Syndrome,” but most of my classmates just call me “Monkeyface.” They say it mostly behind my back now, since my twin brother Michael has offered to make their own faces look even worse than mine if he ever hears them say it.

Michael and I are not the only twin brothers in the school; Graham and Grant Brush are no longer allowed to be in the same class together, since they used to constantly distract each other and their classmates. Schoolyard rumour has it that, as a team, Grum and Grunt have driven at least one teacher into early retirement. Seeing their barrel-shaped shadows lurching toward you at recess is pure, cold terror. You are automatically outnumbered. They always work in tandem. When the beady black bulldog eyes of Grum zero in on you, you know that Grunt will be right behind him. And vice versa.

Unlike Grum and Grunt, who are identical twins, Michael and I are the non-identical fraternal kind. This is a fortunate thing for Michael. Unlike me, he has an architecturally perfect face: sky-blue eyes, wavy dark hair, strong cheekbones, square jaw, and a straight, chiseled nose. He is strong, smart, kind and handsome. Every teacher wants Michael in their class, every boy wants Michael on his team at recess, and every girl wants him to be her boyfriend.

Despite Michael's efforts to protect me from the recess chants of “Monkeyface! Monkeyface!” it would be naÃ¯ve to not see the comparison myself. The facial features created by that one messed-up gene are in fact quite simian, and my mess of dark hair and my big brown eyes just add to the effect. So, the kid with the monkey face got tossed into the classroom full of kids with monkey IQs. I'm sure it made sense to the Powers That Be at the Board of Education.

Classroom 8-C is so uncharacteristically quiet I can hear my pulse pounding in my eardrums. All of the jerks whose desks surround mine are pretending to work on their math sheets. Sam Simpson doesn't flick bits of eraser at me, or whisper threats of “Dead at recess, Monkeyface.” Trevor Blunt refrains from reaching stealthily across the aisle to scribble “ass fag” on my pencil case. The agitators are all silent.

But this is no peaceful quiet.

Grant Brush, the notorious Grunt, has been sent to the Principal's office by Miss Underwood. This is unprecedented. Teachers usually make deals with Grant. He enjoys a sort of diplomatic immunity at Faireville Public School, since his father is the Principal.

Grunt spent the morning spitting chewed-up bits of paper into Cecil Bundy's hair, but that wasn't the reason for his departure. Grunt sat there with pencils pushed into his nostrils, but that didn't earn him a reprimand, either, until, accompanied by a chorus of giggles from the boys seated around him, Grant Brush chanted, just loud enough to be heard: “
Miss
Underwood, Miss Underwear, wet underwear, wet underneath,
Miss Underwood.”

The scratching of chalk on the front board abruptly stopped.

“Did you have something to say, Mr. Brush?” Miss Underwood demanded.

This got a few laughs from Grant's minions.

“Did you have something to say then,
Grant
?”

“Nope. Do
you,
Miss Underwood?”

Miss Underwood's cheeks were tinged with red, but she returned to the chalkboard. “So, you carry the three, and be sure to move the decimal up . . . ”

Lifted Up by Angels by Lurlene McDaniel
The Gypsy King by Maureen Fergus
The Skulls by Sam Crescent
The Madonna on the Moon by Rolf Bauerdick
A Mind at Peace by Tanpinar, Ahmet Hamdi
The Heiress by Evelyn Anthony
Cry Baby Hollow by Love, Aimee
A New Resolution by Ceri Grenelle
Pretend It's Love by Stefanie London
Snowed by Pamela Burford