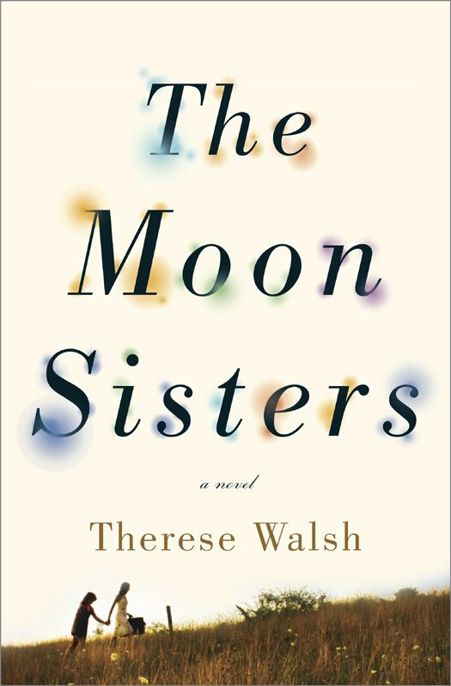 The Last Will of Moira Leahy

All rights reserved.
Published in the United States by Crown Publishers, an imprint of the Crown Publishing Group, a division of Random House LLC, a Penguin Random House Company, New York.
www.crownpublishing.com

CROWN and the Crown colophon are registered trademarks of Random House LLC.

This book is dedicated to Riley, for one hundred read-throughs and one-hundred-and-one sage comments; and to Liam, for one thousand rounds of laughter.

And to my sisters, who are as different as the moon and the sun.

What one commonly takes as “the reality” … by no means signifies something fixed, but rather something that is ambiguous.… There are many realities.

Action is the antidote to despair.

Ground Zero: The End of the Beginning

Chapter One: The Foolish Fire of Olivia Moon

Chapter Six: On Fate. Or Luck.

Chapter Nine: A Fascination with Death

Chapter Ten: Another Way to Look at Things

Chapter Eleven: A History of Oran

Chapter Fourteen: The Edge of the Periphery

The End of the Beginning

T
he night before the worst day of my life, I dreamed the sun went dark and ice cracked every mirror in the house, but I didn’t take it for a warning.

The day itself seemed like any other Tuesday at the start. Papa made pancakes, then went to the bakery to prepare for deliveries with Babka. My sister, Jazz, followed behind him shortly after that. Even though it was one of the coldest stretches we’d had that February, I chose a button-down shirt from the pile of clothes on the floor of my room instead of my wool pullover, because I planned to see Stan.

When I went to say goodbye to Mama, I found the door to the kitchen closed from the living room. She’d have the oven on to battle back the chill in our house. The kitchen, at least, could be warmed quickly this way, a small room shaped like a stubby number 7 that doubled as Mama’s office in the wintertime.

“What’s out there?” I asked when I stepped inside to find her staring out the room’s lone window. She wore her frayed blue robe, thick socks, and a ponytail that was just to the right of center. It was still cold in there; the oven had yet to warm the room.

I was hardly aware. Even though it was the middle of winter, my nose filled with the scent of clothes right off the line on a summer day, like sunshine itself. That’s what seeing Mama always did to me; it was my favorite part of having synesthesia.

Her voice sank low, looked like roots descending in a slow and seeking way into the earth, which told me she was in what she called one of her “up-and-downs.”

I sat at the table, littered with manuscript pages, a plateful of cold pancakes, and a typewriter older than my mother. She’d been working on a fairy tale called
A Foolish Fire
nearly my entire life but had yet to finish it. I knew this was what she was talking about.

“There’s nothing wrong with your dreams, Mama,” I told her. “Believe, believe.”

“Not everyone has your courage, Olivia.”

I might’ve suggested she take the trip she dreamed of taking, go to the setting of her story—a bog in our state of West Virginia called Cranberry Glades. But I knew a mention of the ghost lights she hoped to see there could send my mother’s mood up or further down, and that maybe this wasn’t the time to risk it.

“Maybe you’ll feel better after you take a nap,” I said, because Mama called
sleep
her personal tonic.

She said, “I take too many naps as it is,” which is when I pulled off a boot.

“I’ll stay home with you today. If you’re up for it, we can dream together for a while. We haven’t done that in a long time.”

When I was younger, we called it “the dream game.” Sometimes I’d describe life through my eyes—like the way thunder filled the air with a mustard-gold fog—because she enjoyed hearing about it. Sometimes we’d both poke our heads through the clouds, especially after math, when we were worn out from too much thinking. She’d lie on the couch with her eyes locked shut, and I’d fling myself
over a chair with my eyes wide open, and we’d unloose our wildest imaginings. Trees rained soft white buds the size of platters onto our shoulders and into our hair, covered us until we looked like exotic birds. We’d fly to Iceland or France or Russia or Brazil. Visit creamy blue pools and limestone cliffs and waterfalls that went on for miles.

Sometimes we’d visit the bog and see the ghost lights, which Mama said were like a vision of hope itself, and she’d have a revelation about the end of her story.

But it was all just dreaming.

She told me she wasn’t in the mood for that and urged me to go on with my plans. I took it as a positive sign that she sounded calmer when she said it, that the downward trek of her voice had stilled. I half expected her to say something about Stan—
Don’t let that boy into your knickers
—even though I was nearly eighteen and we lived in the middle of nowhere.

“Will you write today?” I asked, when she stayed quiet.

She nodded but never turned around. I pulled my boot back on. I told her to stay warm. I told her I loved her. And then I left.

I was the one who found her later—not moving, not breathing, dead with her head on the kitchen table. The gas on and the pilot light out, the windows and doors closed, sealing the room as tight as the envelope sitting beside her.

I have a hard time recalling what I did in those next minutes. Screamed. Felt for a pulse that wasn’t there. Called 911. Pulled her to the floor. Held my mother, and rocked us both, the way she’d rocked me over endless hours when I was a child.

“You’re not dead, you’re not dead,” I chanted, rocked harder, hoped harder, as cold air from a window I must’ve opened poured over us both. “Mama! Mama, please, wake up!”

She did not wake up. The ambulance came and took her away, and I saw no colors or shapes from the siren—the beginning of a landslide of change.

I hid the letter in the torn lining of my coat, where it dug at my heart like a spade, and I told no one. It was not a letter meant for
us—me and my father and sister. It was not
Goodbye, life wasn’t what I thought it would be. I’ve lived and dreamed the wrong things, and I no longer believe, so I am gone
. Mama had turned on the oven, and the pilot light flickered out because it was an old stove in an old house, and she’d fallen asleep with the door closed, because that’s what she did all the time.