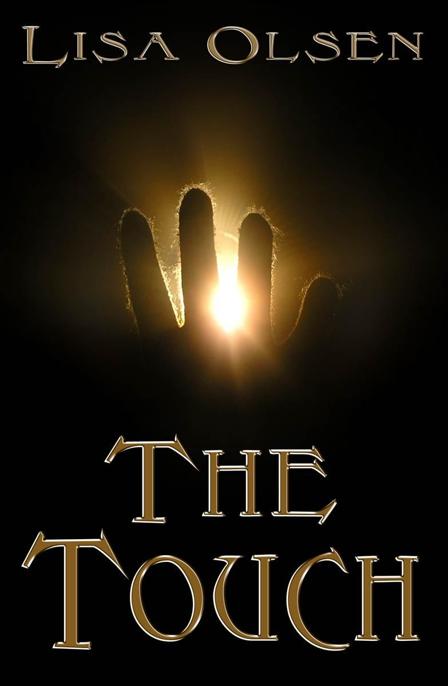 This book is sold subject to the conditions that it shall not, by way of trade or otherwise, be lent, re-sold, hired out, copied, or otherwise circulated without the publisher’s prior consent in any other format or changed in any way, including the author’s name and title, and without a similar condition being imposed on the subsequent purchaser.

This is a work of fiction.  Names, characters, places, and incidents either are the product of the author’s imagination, or are used fictitiously, and any resemblance to actual persons, living or dead, business establishments, events, or locales is entirely coincidental.  The use of any real person, company or product names are for literary effect only and used without permission.  The publisher does not have any control over and does not assume any responsibility for third-party websites or their content.

Thanks Mum, for all the wonderful support and comments on the first draft, they helped make this book into what it is today.  Thanks to my daughter Emily, who proved to be a fantastic proof reader (with very reasonable rates).

I’d especially like to thank my husband James for pushing me to polish this one up before I jumped into the next book, and designing the cover art.  Outstanding!

Despite popular belief, Lexi wasn’t a psychic.  She couldn’t tell the future or produce the winning lotto numbers (or she wouldn’t
be
driving a beat up VW bug a year older than
she was
).  Nor was she a medium who talked to the dead
or saw ghosts
.  Her talents were a
little
ambiguou
s for most people to understand; w
hat they did
recognize
was that Lexi
Morgan was a little
unusual.  She preferred quirky to bat-shit crazy, but people weren’t always that kind.

Peculiar,
weird
, strange, none of these were new to her ears.  Even for such a laid back place like
Santa Cruz
California
, Lexi was considered odd in most social circles.  Eccentric was her favorite one
;
it made it seem like it was a deliberate choice to be the way she was instead of being born to a set of circumstances completely out of her control.   Distracted, crazy, spooky even; those usually came from spending more than a few minutes in her company
, b
ut u
sually o
nly after she opened her mo
uth.
Even after years of practice
,
it was hard to keep track of what she
saw
and what people revealed voluntarily.  While it sounded easy enough to
promise
herself
to
keep
a muzzle on her outbursts,
time and again
things
she had no right to know
just slipped out in normal conversation
.

That very same quality
kept people calling Lexi when things hit the fan
,
though.  When something went missing
,
did you call the president of the PTA?  Nope, you called the weird girl
with
a knack for finding things.   So when the call came from her sister Allison, it didn’t take much in the way of deductive reasoning to figure out that she wanted something.

But at the third
text with “911 need u 2 come ovr fst
”,
Lexi
broke
down and
sent “b there soon” before setting her brushes to soak, muttering to herself the whole time
washing
up.
People had been begging her to help them find things
a
ll the way back to elementary school when it
was
actually considered cool to be special, as her Gran called it.  Growing up she’d always been the odd duck, unlike Allison
,
the very epitome of the perfect older sister.  Despite their differences and Lexi’s sometimes embarrassing peculiarities, the sisters
were
reasonably close growing up; especially after their mother’s sudden departure and the
ir move to Gran’s place
.

Her relationship with Allie
cooled somewhat since her older sister’s marriage to Neil Travers, even though they still lived
in the same town.  Neil, (
‘
the t
ool
’
, as Lexi called him behind his back)
was never
easy to get along with
.
Lexi
made
an effort
to keep her
opinions to herself though
,
or she’d never
get
to see her niece Chloe.

It was worry for Chloe that lent a touch of urgency to Lexi’s response,
pushing
the little
yellow
car though the busy streets until she reached
Branciforte Drive
.  There
the traffic thinned out; trees casting the winding road into perpetual shad
ow no matter the time of day.

The sun struggled to filter through the canopy of trees on the property, lending the house a darker
cast
than the faded white paint would normally allow, giving it a slightly foreboding appearance.  Or was that just her mood?
She
never fe
lt comfortable in the big house;
Lexi
attributed that to not getting along with Neil.  But now her imagination
supplied
an eerie pall to the house, as though the peeling paint was somehow something more sinister than neglect.

A
n unfamiliar
dark
blue
Lincoln Towncar
sat
in the long circular driveway
, drawing a pucker of worry to her brow as she noticed the government plates.  Whoever it belonged to, they were more than likely there in an official capacity since Neil worked for a software company and Allie
hadn’t worked since Chloe was born
.
A stab of guilt clenched her stomach into a hard little ball as Lexi hopped out of the car, each step that brought her closer to the front door filling her with a sense of dread.  Had something happened to Chloe and she’d been too selfish to stop her painting to come when Alli
son
first called?

With a quick knock of warning,
Lexi
let herself in to the old house, immediately uncomfortable as she stepped across the threshold, as though she was in enemy territory.  “Alli
e
?”
s
he called out
,
hoping like hell Neil wasn’t home.

“In here Lexi,” came the response from the front
living
room where her sister sat with a man who wasn’t her husband at all.  The
stranger
held a mug of coffee in his hand, his attention focused on Lexi from the moment s
he appeared in the archway,
dark eyes scrutinizing her from head to toe and back again.

Lexi knew exactly what people thought
of
her
on first sight
.  Not that her appearance stood out all that much in a city like Santa Cruz, where people came from all over the world to share in its unique atmosphere.  A liberal town, it wasn’t unusual to see people running around barefoot, dressed in hippy chic or the latest in clothing made from hemp
.  T
he Hare Krishna population could walk the main thoroughfares, tambourines and all, without even
raising a brow
.
Her personal style was hardly outlandish by these standards; Lexi preferred to dress for comfo
rt in soft
,
breathable fabrics.  S
he didn’t own a pair of skinny jeans or high heels.  Her long hair had been through just about every hue imaginable to man over the years.  Currently a respectable medium brown (her natural color) save
a
few blue streaks (not so much on the
respectable
side), Lexi preferred to leave it loose to spill over her shoulders, or pulled back into a simple pony tail when she was working
, as it was now
.  There were plenty of artist types in town who liked to get creative with their own style.  Enough so that her gloved hands often went without comment, even on the hottest summer days
, but the man’s
gaze
lingered there
before returning to her face
and Lexi could practically see the wheels turning in his head
.

“Lexi, thank G
od you’re here, the police won’t do anything at all,” Allie’s face pinched with
worry.  While
she
looked
polished
as usual in kha
ki slacks and a pale
pink
sweater set
,
as though she’d stepped out of the pages of a Macy’s catalogue, no amount of makeup could hide the dark circles visible under her eyes.

“
Now that’s not what I said
,
Allie
…” the man set down the mug of coffee, returning his attention to
Allison
.

Surprised by the familiarity between them, Lexi tried to decide what was more
unsettling;
the fact that the
cop
knew her sister well enough to call her Allie or the fact that the police w
ere
there at all.  “What’s going on?  Did something happen to Chloe?”

“No, she’s at gymnastics.
I thought it would be better to report this when she’s not here.  It’s Neil; he never came home last night.”

Lexi barely caught herself in time before she blurted out
oh
,
is that all
, mashing her lips together
before recovering
.
“Well
,
how long has he been gone?  When’s the last time you saw him?”

“Do you mind if I finish my questions first?”
t
he policeman
interrupted with a p
ained
look
that made her suppress a smile
.

“Ryan.  Thank you,” he r
eplied and the name clicked in Lexi’s memory.  Gabriel Ryan.  Allison dated him back in high school for about a month.  What an odd coincidence that he happened to be the one to respond to the call about Neil’s disappearance.  If that’s what it was.  Frankly, Lexi didn’t think her sister would get off that lucky.  The guy was probably just sleeping it off somewhere after a boys night out.
Her interruption seemed to
throw
the detective off of his game and he flipped back through his notebook
with a purse of the lips
before continuing his questions.

“So let’s see, where were we?  Oh r
ight, did you notice if any of
his clothes are missing?”

Allison paused to consider the question for a long moment, “I don’t think so, but I should probably check a little closer
,
”
s
he started to rise from the couch.

“Hold on, you can do that in just a little bit, let’s finish with the first round of questions
, shall we?
” Ryan offered her a genial smile.  “Do the two of you have
a joint bank account
?”

“Have you checked to see if any of the money is missing?”

“It’s probably a good indicator a
s to whether he left on his own,
” Ryan
said carefully.

“If he did take their money, is there anything you can do to get it back?” Lexi asked, not putting it past Neil to take off with their savings
if the situation warranted it
.

“Neil would never do
anythin
g like that,” Allison interrupted, her eyes narrowing
with
annoyance.

“No
,
of course not,” Lexi muttered, sinking into a chair.  This looked like it was going to turn int
o a much longer visit than she first
intended and now she regretted not stopping for a snack before heading over.

Ryan watched the sisters with interest before returning to his line of questioning.  “W
hat kind of car does he drive?
”

“
Do you have the license number?
”

A pucker appeared on her forehead as Allison thought it over.  “I think it starts with 2LAN… but I don’t remember what comes after that to be honest.”

“That’s okay Allie, most people don’t remember their spouse’s lice
nse plate number by heart,” Gabriel
reassured her gently.
“But the car is definitely missing too?”

“
I talked to his friend Larry at work; he said the lot was empty this morning when he got there.
You don’t think that he
…
?
” Allison left off the rest of the sentence
, unable to
bring herself to form the words.

Phone Calls From a Rock Star by Paul, J. L.
The Lullaby of Polish Girls by Dagmara Dominczyk
Meri by Reog
Ahe'ey - 1 Beginnings by Jamie Le Fay
Hot & Enchanting (De La Cruz Saga) by Macias, P.T
The Day of the Nefilim by David L. Major
Threads of Steel (Bayou Cove) by Fisher, Fran
A Minstrel’s Quest (The Trouble with Magic Book 4) by B. J. Beach
Poacher by Leon Mare
We Will Always Have the Closet by Natalina Reis