The Werewolf’s Bride: The Pack Rules #1 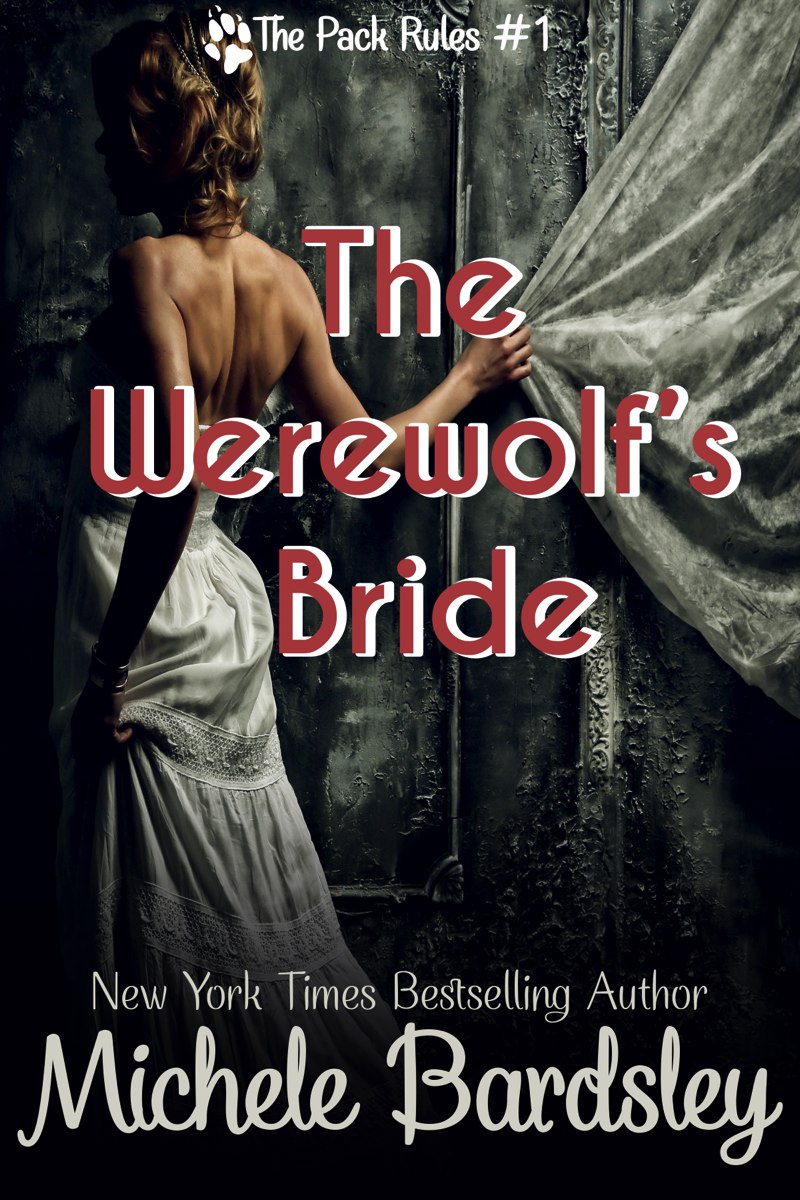 She will marry the alpha…

E
very 20 years
, the Shadow Pack arrives
in the small desert community of Bleed City, Nevada. To honor the pact made 150 years ago with the werewolves, the town offers up their eldest daughters for the Choosing--a ceremony where the shifters pick their virgin brides.

Like most werewolf packs, the Shadows need human females
for mating and breeding so they can replenish their werewolf bloodlines. Arabelle Winton considers the entire process somewhat barbaric, but as the oldest female in her family, she must take her place among the other women. What she doesn't expect is to catch the interest of Alpha Greyson Burke.

Yes, Grey can have her body any way he wants
... but Belle will never give her heart to a werewolf.

T
his story is meant
for mature audiences who are eighteen years and older. 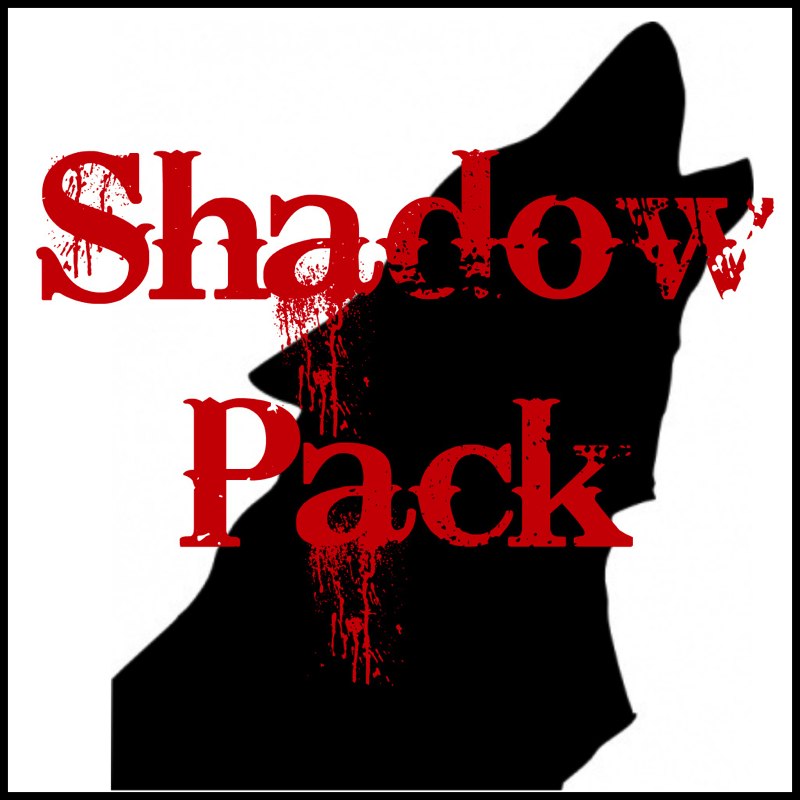 “
I
’M SO EXCITED
,”
said Cacie Lynn. “Just think, Belle! I could be engaged tomorrow!” She twirled around, her pink waitress skirt flaring and showing off her tanned legs. She wore her blonde hair in a single, long ponytail. She shone like the sun, that one, a pretty girl with a pretty smile.

And an empty head.

Cacie was sweet, she really was, but she wasn’t much of a thinker. Bless her heart. Barely eighteen-years-old, she hadn’t known much outside of our little desert community. At least I’d gotten in a few months of nursing school before I’d had to come back. I’d almost escaped—from this desolate patch of lonely earth and the destined fate of eldest daughters. But then Carolyn had died and as my bloodline’s next oldest female, I was obligated to return.

In Bleed City, Nevada, nothing was more important than family honor.

Cacie and I worked in the only diner in town, and town wasn’t much. The Road House Grill joined the Gas ‘N Go, Macpherson’s General Store, Aunt Lila’s Antiques, and the Bleed City Library as the sum total of occupied buildings. Our population hovered around 500 folks, give or take, and nearly all of us from families who’d lived in the area for generations. Bleed City was once a gold mining town—until the gold ran out and the miners moved on. Like so many of the ghost towns that populated the deserts of Nevada, Bleed City should’ve been left to rot and ruin.

Then the werewolves came.

The pact was made.

And that brings me right back to Cacie’s misplaced excitement about a possible engagement. Near as I could tell, the werewolves didn’t view courtship the same way humans did. They were ferocious and impatient. When it was time for the Choosing—every twenty years—a pack of young, full-of-themselves werewolves showed up, and Bleed City handed over their eldest daughters.

The pact that saved the town—the one that still held more than 150 years later—was simple enough. The werewolves protected its people, provided for every man, woman, and child so that no person would ever be without a roof over their heads or food in their bellies.

All we had to do was give them firstborn females for werewolf mating and breeding.

“I swear! You are such a Negative Nelly.” Cacie clucked her tongue. “For heaven’s sake, the alpha is looking for a mate. You know how often that happens?”

“It’s been sixty years.” She let loose a dreamy sigh. “Marrying the alpha sure would be something, wouldn’t it?”

All Cacie’s talk of werewolf marriage was making me testy. Several us would be at the Choosing tomorrow, and my nerves were raw from thinking about it. “Lord-a-mercy! Werewolf this. Alpha that,” I said. “Don’t you have anything better to talk about it?”

“Hmph! Some of us are
grateful
for what God’s handed us.”

If she thought God had anything to do with her being a werewolf’s barefoot-and-pregnant bride, she was even dumber than I thought.

“We need to get back to work, Cacie. Why don’t you go scrub down the coffee maker?”

She sighed in the deeply profound fashion reserved for drama queens, and then flounced off. Thankfully, the brew machine was on the other side of the diner, so I wouldn’t have to listen to anymore of her jawing.

I grabbed the cleaner and paper towels and started wiping down counters and tables. No one was in the diner tonight, not even old Mr. Sanders, who usually wouldn’t go home until we did. I had to admit I was worried he hadn’t shown up, but every so often he dealt with the gout and stayed home. I decided to check on him, though, after we closed up. I didn’t have a car, not many of us did, but there was no crime in Bleed City, no lurching, sex-starved killers jumping out of bushes. So, we tended to walk. Everything in Bleed City was within five miles of everything else. It took time to get from here to there, but it was no real burden.

Thirty or so minutes later, we’d finished our chores and prepped everything for the morning shift. Cacie had kept her mouth shut the whole time, and I was grateful. Truth was, I was a big ol’ anxious mess about the Choosing. They called us mates or wives or whatever, but it still sounded like slavery to me. And the kicker? Werewolves wanted their females as pure as the driven snow. That’s exactly what a young virgin needed—some big, hairy man driving himself into her with his … his
penis
.

I felt myself blush to the roots of my hair. I was raised chaste and virginal, same as my sisters. Sex was not something we discussed—ever. My parents were good people with kind hearts. They also had firm rules about behavior. Going to nursing school had opened my eyes about human bodies, but I was still uncomfortable with the idea of physical intimacy. I’d been raised in such a staid and proper household, it was difficult to think about the word
sex
without wanting to throw myself at a Bible.

“Ready?” Cacie had changed into jeans, a T-shirt, and Nikes. She put on her hoodie and heaved her purse over her shoulder. She studied my hair, some of which had escaped its ponytail, and then dropped her gaze over my stained waitress dress. She even took three seconds to judge my shoes, which were comfortable, but ugly. “Are you crabby about the werewolves because you’re afraid you won’t get picked? It’s not like you’ll have to take a scruffer.”

Scruffers were the weakest members of the werewolf pack. They had some uses, so they weren’t outright killed, but it was rare that they merited mates. They had to settle for whatever scraps were handed to them by the stronger members—whether it was clothes or food or women.

I put on my jacket and stuffed my wallet into a pocket. Cacie walked out first. I switched off the lights and then followed her, turning briefly to lock the door.

“Are you?” she persisted as we stood outside.

She sighed as if she’d been talking Calculus to a four-year-old. “Are you afraid you won’t get chosen?”

Her eyes widened. “Don’t say things like that, Arabelle Winton! I know you never expected to be part of the Choosing, but you’re doing right by the town. By all of us.”

Even though Cacie and I were only four years apart, I still felt like I was older, older than the whole world sometimes. I was exhausted, and all I wanted was a hot bath and a good night’s sleep.

“All right then. Bye, Arabelle.”

“Bye.” I watched her disappear down Main Street. I sighed. Despite the sturdiness of my shoes, my feet ached something fierce. The whole of me was bone-tired. Still, it would only take five minutes to make sure Mr. Sanders was okay.

I headed toward the Bleed City Library. Mr. Sanders had been the town librarian until arthritis and old age made the job too difficult. He still lived in the tiny cottage on the property, though. No one had the heart to make him move—not even the new librarian, Mr. Richards. He’d taken the room above Aunt Lila’s Antiques rather than oust Mr. Sanders from his home.

The little house was eerily dark and still. I swear the hair on the back of my neck stood straight up as I approached. I stopped, studying the square structure to see what had raised my hackles, but after a moment of listening and watching, I had no proof to sustain my worry.

I stepped onto the porch and knocked on the front door.

If it were possible, the strange quiet deepened, and I felt my stomach squeeze with trepidation.

Then I heard a long, harsh moan.

Crash!
Was that glass breaking? Had he dropped dishes or knocked over a table full of knick knacks? Well, that was that. I figured politeness would have to be sacrificed to make sure the sweet old man wasn’t hurt—or worse.

No one in Bleed City locked their doors. So I wasn’t surprised when the knob turned easily in my hand. The door swung open and I inched inside, waiting for my eyes to adjust to the interior darkness.

“Mr. Sanders?” My voice came out a whisper. Fear chilled me from the inside out and goose bumps prickled my skin. I cleared my throat and tried again. This time my voice was stronger. “Mr. Sanders?”

I pressed my hand against the wall, feeling for a light switch. My fingers skittered over a picture frame. It fell off the wall and clattered to the floor. The sound exploded like thunder in the too silent house.

I froze. My heart thumped in my chest, so fast and so loud, I was sure people in the next county could hear it.

I sucked in a shaky breath. It did no good to let fear rule my actions. Scared out of my wits or not, I needed to stop acting like such a ninny. My eyesight had adjusted, and complete blackness had given way to shadowy shapes. I edged away from the wall, holding my hands out as I moved forward.

My hands brushed against what I easily recognized as a lamp shade. I felt my way under the flimsy material and around the base until my fingertips slid over the switch. I twisted it, and breathed a sigh of relief when dim, yellow light chased away the darkness.

I pressed a trembling hand to my chest and took in the destruction. Good lord. The living room looked like a dust devil had whirled through it. The recliner near the hearth was overturned, the bookshelves on either side were divested of treasures, and the tall, antique bric-a-brac cabinet on the far wall had met a terrible end. Its glass planes were shattered and the contents inside hadn’t fared that much better.

My gaze dropped to the floor. I stared at the shredded books and busted objects. What had happened in here?

Then I saw Mr. Sanders’s bare feet poking out from behind the couch.

Oh no!
I hurried around the bulky piece of furniture and nearly lost my footing. I’d slipped in a widening pool of blood, blood that seeped from the gaping wound in poor Mr. Sanders’s narrow chest.

It only took the briefest of moments for me shut away the horror of what I was witnessing. Rusty training kicked in, and though I knew it was useless, I still knelt down and felt his neck for a carotid pulse. Nothing.
Of course there was nothing!
The hole in the man’s chest was the size of a bowling ball. I studied the cavity. His ribcage had been shredded and his flesh told the tale of claws and teeth. Worst of all, his heart was missing.