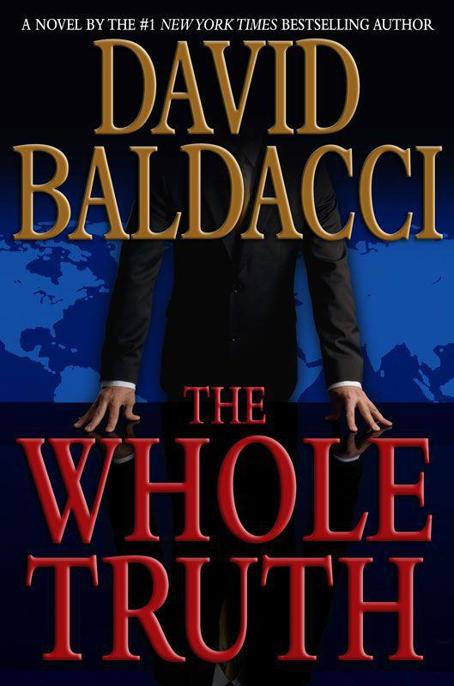 To Zoe and Luke

Why waste time discovering the truth when you can so easily create it?

— The person quoted above requested anonymity as he was not authorized to speak on the record as to matters of truth.

“It won’t be a typical conflict.”

“I never expect typical from you.”

“
But you have to sell it. You have to make them believe, Dick.”

“I can make them believe anything.”

A
T PRECISELY ZERO HOURS
UT, or midnight Universal Time, the image of the tortured man erupted onto the world’s most popular Web site.

The first six words he spoke would be remembered forever by everyone who heard them.

He was speaking Russian on the screen but at the bottom his tragic story was retold in virtually any language one desired with the press of a key. Secret Russian Federation police had beaten “confessions” of treason out of him and his family. He’d managed to escape and make this crude video.

Whoever held the camera had either been scared to death, drunk, or both, for the grainy film vibrated and shook every few seconds.

The man said if the video had been released that meant he’d been recaptured by government thugs and was already dead.

“There are tens of thousands just like me,” he told the world. “Their bones lie heavy on the frozen tundra of Siberia and in the deep waters of Lake Balkhash in Kazakhstan. You will see evidence of this soon. There are others who will take up the fight now that I am gone.”

He warned that while the world had focused on the Osama bin Ladens of the world for so long, the old evil, with a destructive force a million times greater than the combined Islamic renegades, was clearly back, and deadlier than ever.

“It is time the world knew
the whole truth
,” he shouted at the camera, then broke down in tears.

“My name is Konstantin. My name
was
Konstantin,” he corrected. “It is too late for me and my family. We are all dead now. My wife, my three children, all gone. Do not forget me, and why I died. Do not let my family perish in vain.”

As the man’s image and voice faded from view, a mushroom cloud lit up the screen, and superimposed on the bottom of this horrifying visual was the ominous tagline:
First the Russian people, then the rest of the world. Can we afford to wait?

The production values were rudimentary, the special effects amateurish, but no one cared about that. Konstantin and his poor family had made the ultimate sacrifice so that the rest of the world would have a chance to live.

The first person to see the video, a computer programmer in Houston, was stunned. He e-mailed the file to a list of twenty friends on his share list. The next person to view it seconds later lived in France and suffered from insomnia. In tears, she sent it to fifty friends. The third viewer was from South Africa and was so incensed at what he’d seen that he phoned the BBC and then did an e-mail blast to eight hundred of his “closest” mates on the Web. A teenage girl in Norway watched the video in horror and then forwarded it to every person she knew. The next thousand people to view it lived in nineteen different countries and shared it with thirty friends each, and they with dozens each. What had started as a digital raindrop in the Internet ocean quickly exploded into a pixel-and-byte tsunami the size of a continent.

Like a spreading pandemic, the video ignited a maelstrom worldwide. From blog to blog, chat room to chat room, e-mail to e-mail, the story passed. With each retelling it grew in proportion until the globe was in apparent jeopardy of being overrun at any moment by crazy, bloodthirsty Russians. Within three days after Konstantin’s sad proclamation, the world rang with his name. Soon half the earth’s population, including many who had no idea who the U.S. president or the pope was, knew all about the dead Russian.

And from the e-mail, blog, and chat room circuits the story was picked up by newspapers on the outskirts of the mainstream. And then the likes of the
New York Times
, the
Wall Street Journal
, and leading dailies around the world were sucked into the frenzy, if for no other reason than it was what everyone was talking about. From there, it hit the global TV circuit, with everyone from Channel One in Germany to the BBC to ABC News and CNN to government-run TV in China heralding a possible new doomsday era. And from there it became firmly planted in the world’s collective mind, soul, and conscience, becoming the number one story to such an extent that there were no other stories anyone cared about.

The rallying cry of “Remember Konstantin” was heard on the lips of people on all seven continents.

The Russian government issued emphatic denials to all of it. Russian president Gorshkov even went on international television to denounce it as a complete and total lie and offered up what he called “slam dunk” evidence that no such person as Konstantin had ever even existed. Yet not many people believed him. Gorshkov was ex-KGB. From top to bottom, the Russian government was filled with fascist demons; journalists across the world had been informing people of that for years. It was just that up to this moment no one had really cared, because, well, it hadn’t interfered with their lives. Now they had dead Konstantin and a mushroom cloud on the Internet telling them that it suddenly mattered very much.

There were certainly plenty of skeptical people out there who held serious doubts as to who and exactly what Konstantin and his video were actually supposed to represent. These same people would start to investigate the supposedly dead man and his story. Yet for many others they had heard and seen all they needed to unequivocally make up their minds.

But Russia and the rest of the world would never discover that Konstantin was actually a fledgling actor from Latvia, his “wounds,” and “emaciation” the result of clever makeup and professional lighting. After shooting his piece he’d washed up, removed all elements of his disguise, and had a nice lunch at, of all places, the Russian Tea Room on 57th Street in New York, spending part of the $50,000 he’d been paid to do the shoot. Since he also spoke Spanish and possessed dark good looks and a chiseled body, his chief ambition now was to win a major role in a Latino soap opera.

Meanwhile, the world would never be the same.

N
ICOLAS CREEL LEISURELY FINISHED
his Bombay Sapphire and tonic and put on his jacket. He was going for a walk. Actually, normal people went for walks. Billionaire corporate chieftains traveled high above the rabble. As he looked out the chopper window on the short ride across the Hudson to Jersey the skyscrapers below reminded him of how far he’d come. Creel had been born in West Texas, an area so big and barren with a seemingly endless flatness that it was said many who called it home were unaware there was any other place to live, or at least any way to get there.

Creel had spent exactly one year of his life in the Lone Star State before moving to the Philippines along with his army sergeant daddy. From there seven other countries had followed bang-bang-bang until Creel’s father was deployed to Korea and promptly blown to ash in what the army later described as an unfortunate logistical snafu. His widowed mother had remarried, and, years later, college followed for Creel, where he earned an engineering degree. After that, he cobbled together enough funds for an MBA run, but petered out after six months, choosing instead to learn the ropes in the real world.

The one valuable lesson his soldier daddy had taught him was that the Pentagon purchased more weapons than anyone and overpaid for every single one of them. And even better, when you needed more profit, you just asked for it and they gave it to you. It wasn’t their money, after all. And there was nothing easier to give away than someone else’s cash, especially since America had the biggest piggy bank in the world. It seemed a damn fine business to be in, because as Creel quickly found out, one really could sell the U.S. military $12,000 toilets and $9,000 hammers and actually get away with it under a mountain of legal trickery and congressional hearing mumbo-jumbo.

Creel had spent the next several decades building what was now the largest defense conglomerate in the world, the Ares Corporation. According to
Forbes
magazine he was the fourteenth richest person on the planet with over twenty billion dollars to his name.