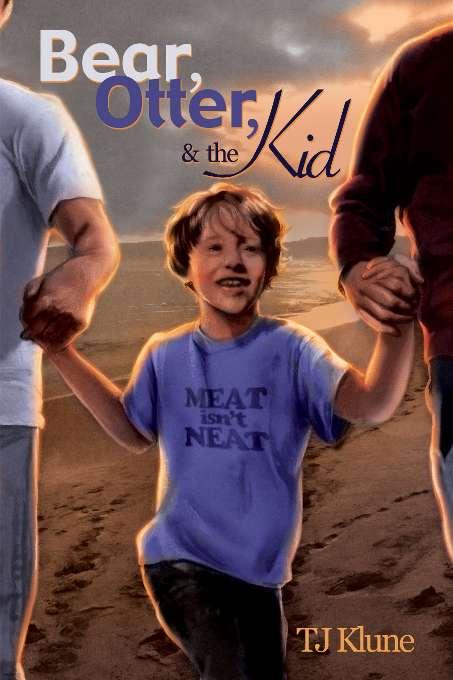 This is a work of fiction. Names, characters, places, and incidents either are the product of the authors imagination or are used fictitiously, and any resemblance to actual persons, living or dead, business establishments, events, or locales is entirely coincidental.

Printed in the United States of America First Edition
August 2011

For Mom, Tori, Mo-Mo, and Noah Monkey For Jimmy and Mal
Familys an awesome thing, isnt it? He didnt come out of my belly, but my God, Ive made his bones,

because Ive attended to every meal, and how he sleeps, and the fact that he swims like a fish because I took him to the ocean. Im so proud of all those things. But he is my biggest pride.

I shall go the way of the open sea, to the lands I knew before you came, and the cool ocean breezes shall blow from me the memory of your name. —Adela Florence Nicolson
Prologue
or
Where Bear Gets His Feet Wet
HIS
is the way my world ends. Watch:

I know this is going to be hard for yu to read, but I hope yull understand.
I have to leave, Bear. Tom got a job out of state and Im going with him. Im doing this becuz I think it will be easier on all of us if it is red rather then sed.
This is a chance for me to make something for myself. Tom sez there are a lot of jobs where we’re going which will be better then here in Seafare. Remember my last job? At the Pizza Shack? Remember how well that went? In case yu can’t tell from this just being a letter, I was being sarcastic. It didn’t go well at all. (At least we know my future is not in pizza!)
I know yu never liked Tom, but he treats me ok. Yu shoudnt worry about him and me, as we’ll be fine. Well, I know yu won’t worry about him, but still. Hes stuck around longer then yur father did, and don’t even get me started on Ty’s dad. At least Tom hasn’t hit me yet or anything. He even said that when I save up enouf money, he’ll let me get one of those online degrees from University of Phoenix Arizona, or whatever its called. Imagine me, with a college degree!
Speaking of that, I hope that yull get a chance to be a writer like yu want to. I know this kind of messes up yur plans about going to school next year, but why do u need college for that? Yuve been making up stories since you were a little kid n e ways so its not like they could teach yu anything else, right? But that skolarship thing will be there later, right? It’s not like yu could never get it again. It just cant be right now becuz I need yu to do something for me.

Tom sez that Ty can’t go. He sez that having the Kid around will just “freak” up his concentration. (Ok, he didn’t say freak, but yu know what I meant) I know this seems like I am making a bad decision but last nite I had a dream. It was all black around me and there was a flashing light really far away. I felt like I had to walk a long time to reach it. I finally got there and the light was a sign for a motel. Yu know what the motel was called, Bear? It was called the LAST CHANCE MOTEL. Do u see what that means? LAST CHANCE MOTEL. It means it’s my last chance! My dream was a message, I know it, and I think Whoever is watching over us knew I was having a tuff time making this decision and that’s why I had the dream.

But Tom does say that Ty can’t go. So I am going to leave him here with yu. Yu were always better at taking care of him then me. Remember when I was sick for like a month last year couldn’t move, and u took care of Ty becuz we couldn’t afford to send him to camp at the YMCA? Yu did a really good job then and I remember thinking yur going to be a good dad some day, not like yur dad. Now that I think about it, yu take care of Ty a lot more then I did anyways like a good brother should and yu were always better at it. That is why I feel ok about leaving him here with yu. I just think it would be better for him if he stayed here. What if something happens to me when Im with Tom? I don’t want him to see that.

I got sumthing I printed from the internet for yu. Its called a Power Of Attorney. It means that yu can do stuff for Ty without me. Like doctors and school and stuff. It means yull be in charge I guess. At least thats what I got from it. Denise from downstares told me about it. Yu would normaly have to be there with me to have it notterized, but Denise owes me for that time I gave her some smokes when she couldn’t afford to buy more. Her kid is a nottery public or something (do yu really have to go to school to learn how to sine and stamp papers? How hard can that be?) and she will cover for me and notterize it. Yull have to wait for yur birthday but thats real soon. Its my present to yu. I hope yu like it.

I am going to miss yu, so yu know. Yu grew up ok, despite everything. I hope yu don’t hate me or n e thing for this, but maybe Ill be back one day if this doesn’t work out. Maybe, I don’t know. Maybe, I was never meant to be a mom. I see yu sometimes and I think how much better it would have been for yu if yu were never born. But I remember yu as such a happy baby, not like Ty who cried all the time. Yur smile still makes it worth it and I hope yull still smile even after this.

Please make sure Ty gets the note I wrote for him.
I don’t know what else to say.
Please don’t try looking for me. I don’t want Tom to get mad. Mom
P.S. I left a little bit of muney to help yu out for now. I really

can’t give more becuz Tom sez we need to save for our future. Remember, Rent is due at the beginning of the month, along with the other bills. Yu paid those for me n e ways, but what kind of a mom would I be if I didn’t remind yu.

Yu listen to yur brother and do what he sez, ok? Mommy loves yu!
Mom

HAT
S
what I found when I came home from work that day. It was a

Saturday night. I didnt know where the Kid was.
She left $137.50 in an envelope with my name on it.
The next day, I turned eighteen. Three days after that, I graduated high

O
JUST
to be up front with you, my names not really Bear. Its actually Derrick McKenna, but Ive been Bear since I was like thirteen or fourteen. Its when Ty was trying to say my name as a baby and couldnt say Derrick. It came out all weird, like “Barick,” but once Mom heard that all she could focus on was how it sounded like he called me “Bear.” I guess it was a sort of divine comedy in its own way as I had done something similar to someone else when I was little. But Ill get to that later.

Anyway: Bear. So she started calling me Bear. Of course I hated it at first. There wasnt and still isnt anything
bearish
about me. But she insisted, and anytime I had a friend over or she answered the phone for me or talked to one of my teachers, she made a point of calling me Bear. I was just beginning high school then, too, and you know how that is: anything done as a freshman gets remembered forever. This was all thanks to my mom. The name stuck, she didnt.

Im not trying to sound all maudlin or anything. This isnt that kind of story. This isnt about poor old Bear and how his mom ran out on him, leaving him to raise his younger brother and how his life was totally screwed up by it, but in the end he learns A Very Valuable Lesson about life and shit. Its not going to be like that.

Well, okay, scratch that. I dont know what kind of story this is. I just hope its not going to be saccharine and make you gag or anything. Things like that make me queasy.

I just wanted to be up front with you about my name. I imagine, for some reason, when people hear my name as I get called now, Bear McKenna, that they assume one of two things: that Ill either be a really big, hairy lumberjack with a stern demeanor but a heart of gold or that Im pretentious as all hell. Usually its the first thing, until they see me and blink a few times, trying to associate such a name with what theyre seeing. As for the second part? Think about it: if you met someone for the first time named Bear, wouldnt you assume they were an exaggerated version of themselves? Yes? No? Well, I guess I dont think like most people. And I dont fight them about it anymore. My names Bear McKenna.

Well, most of the time it is. I look in the rearview mirror and see my little brother, Tyson, staring back at me with an expression on his face that I cant quite identify. Usually, he reserves calling me Derrick for when he is about to ask something serious, like if there is a planet of cows that have farms that milk people, then slaughter them for their tasty cutlets, or why Mom left and didnt come back. He asks a lot of questions.

I smile. I try not to think about where this is going. Understanding the Kids line of logic is an extraordinary exercise in futility. He thinks on a whole different level than the rest of us. Last week I explained to him, at his insistence, where babies came from. He sat with a look of dire contemplation on his face through the entirety of the conversation. When I finished, hed gotten up and gone outside to play without a word. Later, when I was tucking him into bed, he finally responded: “Bear, why on
earth
would any girl want to push a baby out like that?” I didnt know how to answer him then, as I sometimes dont. Not many people can make me speechless, but Ty manages it on a daily basis.

Asimov's Science Fiction: April/May 2014 by Penny Publications
When the Music's Over by Peter Robinson
One Long Thread by Belinda Jeffrey
Pretty Poison by Lynne Barron
To Be Seduced by Ann Stephens
Redeem Me by Eliza Freed
Lying Dead by Aline Templeton
Wynn in Doubt by Emily Hemmer
To Snatch a Thief by Cotton, Hazel
Night Shift (Grizzly Cove Book 3) by Bianca D'Arc