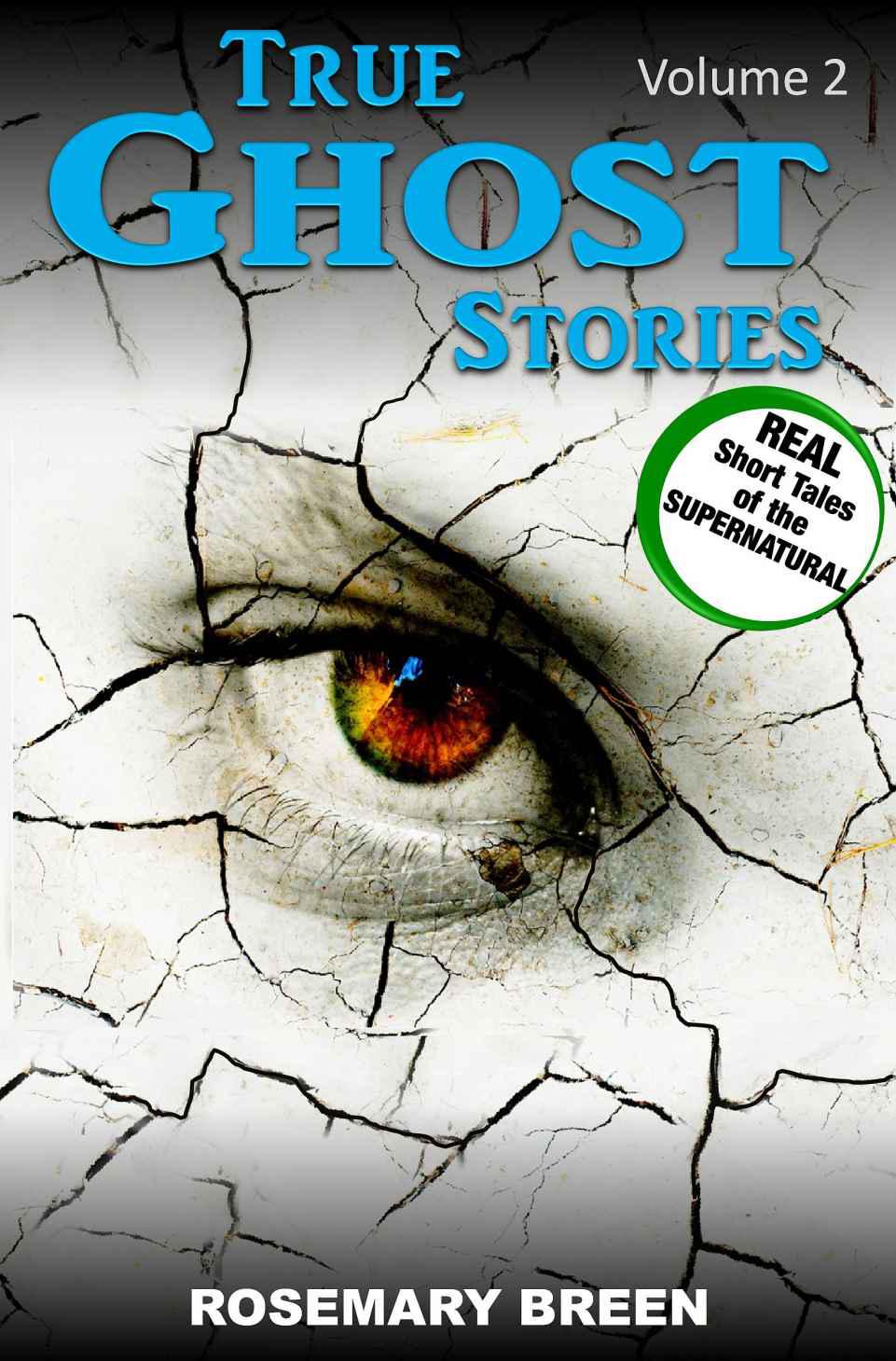 While every care has been taken in compiling this book it is possible that it may contain some inaccuracies. This work is for entertainment purposes only. The information in this book is subject to your own interpretation and any guidance given is not intended to be predictive.

The author does not know your unique circumstances and as such, this work should not be considered advice. The information contained in this book is given without warranty, either express or implied. Neither the author, nor its dealers or distributors, will be held liable for any damages caused either directly or indirectly by the instructions contained in this book.

Notice of Rights:
All rights reserved. No part of this book may be reproduced, stored in a retrieval system or transmitted in any form or by any means, without the prior written permission of the author, except in the case of brief quotations embodied in critical articles or reviews.

Note: This guide is for entertainment purposes only.

First Printing: 2012
This Book Is Dedicated To

All Those Who Share The Stories Of Their Own Paranormal Episodes In The Longest Running Parapsychological Survey On The Net
Your Encounters Are Important To The Researching Of The Supernatural.
Thank You For Putting Your Experiences On Record!
True Ghost Stories – an Introduction

It’s safe to say that encountering a ghost is probably the main paranormal experience that most people report. It’s also the paranormal encounter that excites the most people, and captures our imagination!

These ghostly experiences are not confined to sightings only. It seems ghosts have developed a broad range of rather ingenious ways of contacting us, and these embrace our five senses, our sixth sense, and modern and olden-day technology.

In each of the books in
The Real Paranormal Psychic Series
you’ll read first-hand accounts by those who’ve been touched by the dead, have smelt the presence of a departed loved one, have heard comforting words from beyond the grave, and have received welcome and unwelcomed visitations from the deceased. You’ll also read how technology seems to be playing an ever-growing role in this inter-world communication.

The experiences you’re about to read have not been hyped to make them sensational! They are written by paranormal experients, and I have only given their accounts a light edit. In my opinion, it is the ‘moderate’ tone in which almost all of these stories have been written that lends weight to their authenticity and the genuineness of their authors.

To reiterate: I have not altered these accounts to make them more spooky, hair-raising, spine-chilling or blood-curdling. I’m sorry if that disappoints you! These are not the ghost stories of old; the ones we read before bed to keep us up all night or the eerie tales we told around the campfire as the death hour approached. Such stories are wonderful, and they do have a place in the literary world; it’s called fiction.

As you read these eyewitness accounts of the paranormal at work in the world, rather than scare you, I hope they’ll make you think.

Who are we? What are we? Why are we here? What happens when we die? And, how paranormal is the paranormal, really?

For some, myself included, living with the paranormal is not ‘on the edge’. It is our normal way of life!

First, the stories in
The Supernatural Book Series
are from completed questionnaires collected by my online paranormal survey. The survey is still open and it’s open to all; it’s free and I invite you to participate here:

Second, I invite you to join my online community at Psychic Revolution and sign up for regular email updates at
http://PsychicRevolution.com

Over the years I've had many requests from people around the world asking to read my thesis. It's always been my intention to spread the word as widely as I can about my own parapsychological research and that of others in academia; hence this series of books and my website,
http://PsychicRevolution.com

If you're interested in reading part of my dissertation, at the back of this book there is an extract, and a link and password that will give you access to the second chapter.
TRUE GHOST STORIES

An Unusual Wake Up Call

Her Perfume Let Me Know She Was Here

The Ghost in the Cupboard

It’s Not for Us to Choose

Mirror, Mirror on the Wall

Me and My Shadow

Every Castle Needs One

Why A Sing-Song Voice?

Brotherly Help from Beyond

As One Dies, Another is Born

If Not the Dog, Then What?

A Ghost of Two

A Disturbance in Japan

An Overwhelming Sense of Calm

Thoughtful to the End, and Beyond

Books By The Author

Thank You
The Sixth Sense Revisited

I realised at a very young age I was able to see the ghosts of people who had died. I also realised that not everyone else could see the same things, although some people could.

At about 7 years of age I saw old men in the hallway of the house I grew up in. I was very frightened and didn't understand why my parents allowed them in the house. That is, I felt this way until I began to understand that they couldn't see them. Only I could.

I grew up in a haunted house and my parents and many others eventually came to have experiences of their own in that house. However, my experiences were typically distressing for the first seven years or so.

The first ghost (haint) I ever met was my Granny's brother. He'd died in a house fire along with two of his children some fifty years prior and, since then, he had appeared to my Granny who was psychic at various usually stressful times.

The day I first saw him I was just playing with my dolls and suddenly there he stood.

So real was he that I took him to be a living person. He appeared one hundred per cent three-dimensional. The only real fear that I felt was related the fact that here was a strange man in the room, who'd snuck up on me when I wasn’t looking.

I wasn’t sure what to do. Granny had always said ‘never talk to strangers’. In fact, she repeatedly warned me to run like hell if an adult, I didn't know, made friendly overtures towards me. But, this man felt different. He seemed familiar in a way I couldn’t really put into words. He also seemed overwhelmingly kind.

Anyway, he didn't say who he was, although he did call me by my name. At one point he held out his hand to me and I saw there was an awful scar across the palm.

Somehow, I just knew he was a good person, safe to talk to.

Long story short, the entire encounter could not have lasted more than five minutes. I did most of the talking, introducing the man to my dolls and prattling on about childish nonsense. When I turned around to fetch a toy buggy from another part of the yard, the man was gone as suddenly as he'd arrived.

I didn't tell Granny until bedtime that night about the man because I was scared she'd tell me off for talking to a stranger. However, my description of him, especially the scar confirmed to her that the man I’d seen was her late brother. So many years had passed since his death that she'd temporarily forgotten about the scar on his hand. He got that as a young boy, when he caught his hand in a steel trap of some sort.

Granny wasn't mad at me at all. I think she suspected I was born with shine (psychic ability) like her but she never wanted to put such an idea into my head. Rather, she waited for events to unfold and for this to be proven one way or another.

This incidence was the first of many for me.

When I was seven years old we moved to a new house. There, I saw a strange man sitting on the bed in the room at the end of the hallway. Not knowing who he was, I went downstairs to tell Mum.

She said no one was else was in the house and came back upstairs with me. Of course, by the time we got back up there he was gone. Mum distracted me with talk of this and that and we never spoke of this incident again. That is, until many years later.

By that time we had moved out of that house and I was an adult. Mum asked me if I remembered that night and what I’d told her. Of course, I did remember. I still remember that incident so clearly to this day. Mum told me that the previous owner of the house, an old man, had dies in that room at the end of the hall.

So, I now take it that I saw the old man in the place where he died.

I was about 1.5 years old. My family had moved to a nearby town and I accompanied my parents and brother while they cleaned and moved out the last of our belongings from our old house. I wanted to play but, of course, no one had time that day. In fact, my brother who would have been about 6.5 years old at the time, told me to go away.

Even back then, I loved animals.

There was a pen of hunting dogs down the common lane about 1/4 mile away from our old home. I wandered down there to see them. On my way, I passed a man who was sitting in a black car. He had on a dark suit and was wearing a dark hat (this would have been circa 1957-58, so hats on men were common then). He asked me where I was going, and though I'm sure I wouldn’t have been able to talk very well, I swear to you that I talked to him.

I remember he told me to be careful. But he made no attempt to stop me. The dogs were so excited when I got there that they jumped on the wire fence and knocked me down. I remember I was crying a little bit, probably scared by the dogs’ exuberance and I wanted to go home.

Then, I saw the river, sparkling further down the lane. It was so pretty! I started walking toward it. At that time, a very old man came walking toward me. He was walking with a cane. He yelled at me, and told me to go back, to go away. I turned around, crying, scared, and I started back the way I had come. Suddenly, there was a ‘child’, bigger than me, with no hair, blue skin, and large black eyes that reached out and touched my face. His hands were very cold, but I was not afraid.

I remember I stopped crying; the old man kept walking towards me and I continued on my way back to the house. Soon I could see my father across the field, calling to me, and my brother further away, also calling out to me. I tried to call back to them but somehow they couldn't hear me. Finally, my father saw me, came to me and took me back to the house.