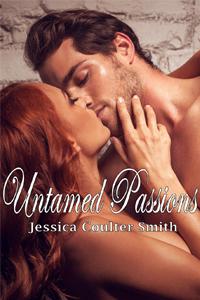 ALL RIGHTS RESERVED.
No part of this book may be reproduced, stored in a retrieval system, or transmitted, in
any form or by any means, without the prior permission in writing of the publisher, nor be otherwise circulated in any
form of binding or cover other than that in which it is published and without a similar condition including this condition
being imposed on the subsequent purchaser.

Publisher’s Note: This is a work of fiction. All characters, places, businesses, and incidents are from the author’s
imagination. Any resemblance to actual places, people, or events is purely coincidental. The image of the building on the
cover was derived from a photo found at freedigitalphotos.net and is in no way the property of the publisher. Any
trademarks mentioned herein aren't authorized by the trademark owners and do not in any way mean the work is
sponsored by or associated with the trademark owners. Any trademarks used are specifically in a descriptive capacity.

Sienna sat in her window seat enjoying the view. It was a beautiful day in Southern California
and she had a perfect view of the beach. If she opened her window, she would be able to smell the
salt in the air and hear the ocean waves as they crashed upon the sand. As she watched the gulls
dive and swoop through the air, a figure on the beach caught her eye.

Logan was walking along the beach, bare-chested and dripping with salt water. Fresh from a
swim in the ocean, the man was mouthwatering. Sienna felt her heart kick into over-drive. She
knew better than to feel this way. Logan Drake was notorious for breaking women’s hearts. It was
best to admire him from afar; an easy task since they’d never been introduced. She didn’t exactly
travel in his social circle.

Sienna Blake wasn’t anyone’s ideal. Short and pudgy, she’d been on few dates in her life. She’d
been told by her best friend that her green eyes and long red hair were striking, but she wasn’t sure if
she could believe him. It was a toss up on what her worst feature was – her freckles or her weight.
Regardless of the diets she had tried, the gym memberships she had gone through, and any
gimmicks she had found along the way, Sienna just could
not
lose weight. As a small child, she had
once tried spot remover to get rid of her freckles. Needless to say, it hadn’t worked and they were
there to stay.

Sighing, she tore her gaze from Logan’s fine figure. It was a shame that men like that didn’t fall
for women like her. Then again, why
would
a hunky guy look at her? Logan had it all – a successful
career, the face of a god --- not to mention the body to go with it, and usually had a model on his
arm, or at least a woman who could be a model. It was ridiculous to even dream of being with a
man like that, and yet dream she did.

Deciding to cure her sudden case of self-pity the usual way, Sienna headed into the kitchen.
Opening the freezer, she dug out her half gallon of chocolate ice cream. Forgoing the bowl, she
grabbed a spoon out of the drawer and dug in. Regardless of what her doctor thought, chocolate
really did cure whatever ailed you. At least that was Sienna’s philosophy and she was sticking to it!
Okay, so if she stopped her chocolate addiction in its tracks she could probably lose a few pounds.
Sienna didn’t think that life without chocolate was worth a few pounds. Now if she could lose
about thirty pounds by not eating chocolate, she might seriously consider it… maybe.

Plopping onto the couch, she drug out her favorite romance novel and sat down to read. Sienna
scooped spoonfuls of the heavenly chocolate into her mouth as she read the well-worn copy of
A
Love for All Time.
She practically had the book memorized, but she loved it each and every time.

Before she knew it, the sun was setting and the ice cream was gone. Sienna sighed as she put her
bookmark inside her book and set it down on the couch. After putting her empty ice cream carton
in the trash and her spoon in the sink, she went into her bedroom to change clothes. Maybe a nice
moonlit walk on the beach would cheer her up.

By the time Sienna had figured out what she wanted to wear and had made it out of her house,
the moon and stars were shining brightly. As she stepped onto the beach, the cool sand covered her
toes. There was a light breeze that lifted the strands of hair away from her face. Sienna turned her
face into the wind and inhaled deeply. There was nothing she loved more than the feel of the sand
under her feet, the salty air on her face, and hearing the sound of the ocean. No matter what mood
she was in, a walk on the beach always made her feel better. Well, as long as a bathing suit wasn’t
required. Just the thought of having to wear one made her shiver.

Setting off down the beach, Sienna walked near the water. The waves gently lapped at her feet
as she slowly meandered down the shore. Pretty much everyone had gone home for the night so
she had the beach to herself. Or so she thought… No sooner had Sienna thought she was alone
than she saw a figure heading her way. As the person drew nearer, she could see that it was a man…
and not just any man, but
the
man – Logan Drake!

Sienna’s heart jumped into her throat. What would she say? What should she do? What if he
spoke to her? Her mind was in a whirlwind, her pulse beat erratically, and her breath was coming
out quick and shallow. First things first, she closed her eyes and tried to take some calming breaths.
Otherwise, she was going to faint from a lack of oxygen. Once her nerves felt a little more settled,
she opened her eyes. Logan was only a few yards away. Deciding to act as nonchalant as possible,
she continued her leisurely stroll down the beach. What she really wanted to do was turn and run
the other way!

As Logan approached, Sienna gave him a hesitant smile.

“Hello,” she said, half way hoping he would just nod and continue on his way, but the other half
wanted him to talk to her, the insane part of her obviously.

Logan looked at the woman who had spoken to him. She wasn’t his usual type, but she was
pretty. “Hello. Enjoying your evening?”

Sienna mutely nodded. Mentally she cringed. Here was her opportunity to speak to the man
and she was blowing it!

“It’s nice to meet you, Sienna. Do you live nearby or did you drive over for your nightly stroll?”

“Oh, um, I live down the beach a ways,” she said quietly, gesturing towards the homes behind
her.

Logan nodded. “I prefer a home on the beach myself. I find that a walk on the beach, especially
at night, is a good way to clear my thoughts; living nearby just makes it that much easier to do.”

Sienna mutely nodded her head in agreement, unable to untangle her tongue long enough to
speak to the man.

Logan gave her a gentle smile. “Well, it was nice meeting you, Sienna. Maybe we’ll run into
each other again sometime soon.”

“It was nice to meet you too,” she murmured, a slight blush staining her cheeks.

Logan nodded and continued on his way down the beach. He had found Sienna’s shyness to be
refreshing and sincerely hoped he would see her again. He briefly wondered how many chance
encounters he would need before asking her out on a date. It was obvious that she was nervous
around him. The thought of going out to dinner on a date would probably terrify the woman. He
knew he had a reputation, but it hadn’t been deserved. Well, not all of it had anyway.

Sienna looked over her shoulder and watched Logan walk away. She felt like such an idiot!
When she talked to her neighbor and good friend, Robert, he was definitely going to give her a hard
time. All it had taken was a smile from a gorgeous guy and she’d gone mute!

Sighing, Sienna continued down the beach. Her thoughts were chaotic after running into Logan.
He had not only been nice, but had seemed genuinely interested in her. Oh, not in a romantic way!
Sienna wasn’t foolish enough to consider the notion. But there had definitely been some sort of
interest showing in his eyes. She only hoped that if she ran into him again, she would be able to put
together a coherent sentence or two. Otherwise, he was going to question her intelligence. It was
bad enough that she was starting to question her sanity.

Later that night, tucked into her warm bed, Sienna still couldn’t get Logan Drake off her mind.
It had obviously been way too long since her last date for such a brief conversation to merit this
much thought. Then again, it had been even longer since she’d had sex. She wasn’t sure which one

was to blame for her stupid brain having stupid thoughts about Logan, the lack of a date or the lack
of sex. Then again, they were probably both to blame since one generally had to go on a date in
order for sex to be involved. Well, unless you were getting paid for sex and Sienna certainly wasn’t
getting paid. If anything, she might have to look into paying someone to have sex with her if she
didn’t get a date soon; there was only so much a woman could do on her own.

After an inordinate amount of tossing and turning, Sienna finally fell asleep. Her dreams were
pleasant, but not sweet. Instead of acting like a simpleton when she had met Logan, the Sienna in
her dreams was brave and bold. She flirted and smiled. Logan took her into his arms and kissed
her, running his hands to her hips and pulling her tightly against his body. Sienna felt his erection
pressing against her and leaned further into him, wanting to imprint him against her skin.

The dream was just starting to get good when Sienna jerked awake to the sound of the phone
ringing. Glancing around her room, she felt disoriented. What had just happened? With a groan,
she realized that she had been dreaming.

Hearing the phone ring incessantly, she climbed out of bed and answered it.

“Someone had better be dead,” she grumbled, glancing at the clock that read six o’clock in the
morning.

On the other end, Robert laughed. “Did I wake you up Cinderella?”

Sienna groaned. “Robert, do you know what time it is? You know I don’t get up before eight
o’clock.”

“Yes, I know sleepy head. But I thought you might want to know that Logan Drake will be at
the grand opening of his newest bookstore. The opening starts at eight o’clock, which gives you two
hours to get ready and get over there.”

“Robert, what are you talking about?”

“Logan Drake… you know, the man you’ve been crushing on since you moved into that house?
Come on, Sienna. It’s now or never. It’s time to stop hiding and go meet the man.”

Sienna bit her lip. Should she tell him? “I, ah, kind of already met him.”

“I already met him. I went for a walk on the beach last night and he stopped and introduced
himself.”