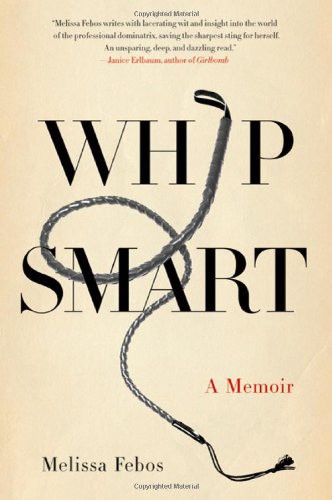 EVERYTHING IN THIS BOOK
is true to my memory of it. Most characters’ names and many identifying characteristics have been changed. In some instances, time was compressed or altered slightly to facilitate an economical telling of the story. I had to leave a lot out. Transforming actual people into literary characters is unavoidably reductive, and for that I’m sorry.

I am Human, let nothing human be foreign to me.

I
HAVE ALWAYS LOVED SECRETS
. Growing up in rural Cape Cod, I used to bury household objects in the woods behind our home, or on the banks of the pond we swam in all summer long. I drew maps with crayons, detailing the locations of my buried toys, or random kitchen utensils, and then cut out the insides of my books to make hiding places for the drawn plots. Those ravaged books on my shelf comforted me. To think of their secret contents, and the hidden knowledge in my own mind, gave me a surge of joy. The point was not that anyone would realize that something had gone missing. What thrilled me was that I was the keeper, I alone possessed the knowledge of a thing that was hidden away. Over time these secrets carved out a space in me—a tiny part of reality over which I had full control. Those parts of me, unknown by other people, felt stronger, safer, removed from the perils of an unpredictable world.

As a teenager, I traded the fantasies of books and daydreams for
mind-altering substances and social landscapes as far from my own as I could get. The allure of dark undersides pulled my life toward a future of increasingly fractured extremes. I pursued older lovers, intoxicated by their attentions, and soon found that seduction promised the greatest high of all. I had experienced a happy childhood and I was generally disposed to a calm and gentle demeanor, but underneath I craved the polarities of unmitigated power and total submission. I took drugs to control my world and subjugate my mind. Then I took drugs to escape them. There was no gray area, no middle way; it was always all or nothing.

It made sense that I ended up in New York City, where this story begins, though in the beginning it felt like waking from one dream to another. At twenty-one, I still knew how to be good; I was a college senior with a 3.9 GPA, a prestigious internship—and a new secret life as a professional dominatrix. I was also addicted to drugs, although the craving for that kind of high would prove less tenacious than what I found at the upscale S&M house where I spent the next four years. I walked through the door a self-described cultural anthropologist, and then watched every self-description I’d ever had dissolve.

I was a student of human behavior long before I had the words to articulate what it felt like to be a watcher. For as long as I can remember, I
saw
people, their needs and worries and motives, as people assume children cannot. I thought for a long time that my driving force was my intrinsic curiosity about strangers and all the illicit things that other people do. I thought I sat on the outside, observing, manipulating, and drawing conclusions. I was wrong.

What began as a job became a life, and my most captivating secret of all. Behind that unmarked Midtown door, I uncovered hiding places that I hadn’t known existed in me, and whose contents weren’t easy to behold. Ultimately, though, when I did, it surprised me to find that my own dark underside wasn’t so strange or sick as I feared.

This book is that story.

STEVE KNEW TO BE KNEELING
when I walked into the Red Room, his torso bent over his knees, forehead resting on the rug. He knew to be clean. He knew to undress, and to fold his clothes neatly behind the door, so that I walked into an immaculate room, nothing between me and the softly folded fist of his body but anticipation. While desire rose off Steve in fumes, steeping the whole room in its cloying vapor, I reveled in its absence. Just minutes before entering the Red Room, I adjusted my garters before the dressing room mirror, wrapped my fingers in electrical tape, and felt that happy absence, whose vacancy made room for some other, unnamed thing to fill me. I felt it already, the way you can smell autumn coming. Steve was into heavy flogging, and the tape protected the clefts between my index and middle fingers where I would soon clench a flogger handle in each hand.