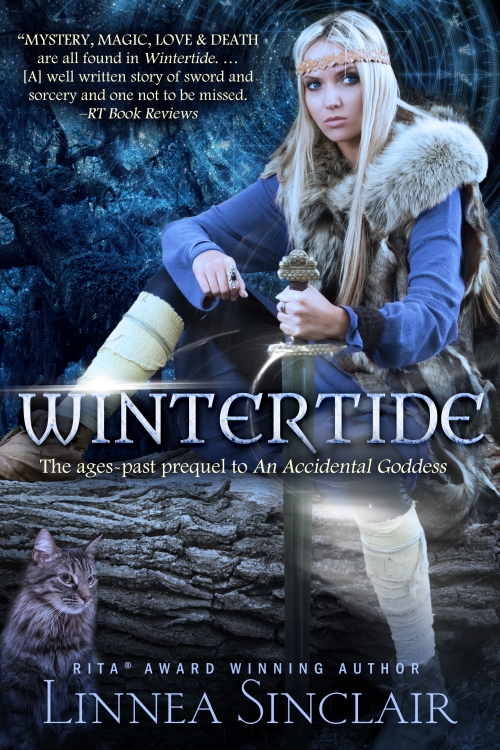 To Rob, husband of infinite patience,

who believes in me.

It was well past midwinter. The deep snows had thinned, their ice-crusted shells sparkling in the bright morning sun. Already a few green shoots poked brazenly through the ground. Yet, the Healer felt a chill in her bones as she walked down the rutted path into the village. She drew the embroidered shawl more tightly around her shoulders, and carefully scanned the familiar horizon for the baneful shape of a black crow. She saw nothing. Only smoke rising hopefully from chimneys into a clear blue sky.

Just my old bones
, she chided herself. Old bones, weary from winters spent in the damp cold of Cirrus Cove. Ninety winters of tending to minor ills and life passings, and ninety summers of harvest blessings and plague wardings. Healer’s work. But watching, ever cautious, for things beyond the ken of an ordinary Healer.

In the small square that was the center of the coveside village, cart ponies plodded steadily, hauling their burdens for the first time without their woolen blankets. She touched their essences as passed. Dark magic wore many disguises. But all seemed to be as it should.

Miles to the south, hooves pounded. The ominous thunder of their approach was still distant and the Healer heard nothing but the shrill cry of sea-fowl.

She followed the wheeling birds towards the pier. The Covemen were out in their square-rigged boats seeking the first harvest. Tradition demanded the Healer greet their return, sprinkle their catch with herbs specially chosen for the First Harvest Blessing. She had a few hours yet. The Healer drew in a deep breath of the pungent sea air and felt, as always, the presence of Merkara, God of the Sea. It was his blessing she would seek, though not without a prayer of thanks to the Sky Goddess, Ixari, for a mild and uneventful winter. Storms had been few.

Though a last one might yet be on its way. That wouldn’t be unusual for Wintertide. Perhaps that’s what she felt in the sharpness of the air, what she glimpsed in the murky shadings darting through the waves. It was still a winter sea: muddy-gray and crested with white foam. The air was crisp; the Healer could imagine the shouts of the Covemen framed by frost. They’d be working their nets with frozen fingers, anticipating warm ale brewing for tonight’s hearth side celebration.

More than ale would soon spill across the carefully polished wooden floors of their cottages. But the Healer saw only the pattern of the sails splashed across the horizon like clusters of low-lying clouds.

A young woman in a long, yellow dress stood at the far end of the beach, watching the largest boat swing gracefully about. The Healer recognized Drucilla, the Captain’s daughter. The wind was shifting. The colorful ribbons on her dress fluttered in the same direction as the sails. Drucilla brought her hands to her hair, pushing it out of her face as she turned towards the pier. The Healer was about to raise her hand in greeting when a searing pain shot through her thin body. She doubled in half, gasping.

From across the frozen marshlands there came a deafening rumble; steady and relentless. It echoed through the icy pines. Snow cascaded from branches, icicles dropped like daggers tearing slender wounds in the whiteness below.

The Healer leaned unsteadily against a rope-bound piling, its pine-tar coating sticky against her skin. Bile rose in her throat. She blinked forcibly, focused on the thundering sound and saw them coming, saw the dark-clothed men on dark horses, raised swords glinting hard and cold in the Wintertide sun. She cried out to Drucilla in warning, but the young woman, blinded by fear, was already running towards the dunes. Her long dress whipped out behind her, its brilliant ribbons contrasting sharply with the sand and snow under her feet. She clutched her short woolen cape against her breast. Her boots dug a desperate trail into the sand.

A group of riders broke away, wheeling their horses after Drucilla. The Healer watched with sickening certainty as they quickly closed the short distance. The rest continued towards the village, shouting oaths, shouting wardings. The mystic words were clearer now. The Healer understood them.

She pushed against the piling, trying desperately to stand. Tar-coated splinters raked down her hands. But something far more heinous burned her soul, and tried to strip her of her essence.

Then the sound of screams filled the air, mixing with the acrid smell of burning timber and canvas. And something else. The thick, cloying scent of dark magic that only the Healer could smell. She cried out against the pain, thrust her hand into the amulet pouch threaded to her belt. Stiff fingers trembled over the stones. She palmed two, knowing their essences as she touched them. She struggled to stand.

“
Tal tay Raheira
!” The Healer drew strength from the ancient words, felt her essence generate its own protective fire. Heat against heat scorched at the magics. Then the air cleared. She stepped haltingly back from the piling, and cast a worried glance down the beach. The horses were riderless. She was too late.

She stumbled off the pier and ran for the village. Her destination was solely practical. She could save dozens there. Behind her she could no longer save even one.

Far out to sea, the Covemen perceived a blackish tinge on the horizon. But it wasn’t until the red glow of the flames crested like scarlet breakers against the deep blue of the winter sky that the Captain shouted the order to return to port.

They found Drucilla, the Captain’s daughter, at the far end of the frozen beach. Her colorful dress torn, her porcelain complexion mottled with bruises. The bright ribbons still fluttered in the biting wind, streaming over the snow and sand. She lay in a pool of blood from the wound in her shoulder—a gash that crossed towards her right breast, now bared from where her blouse had been ripped from her body. She’d been beaten and raped by the raiders, the Hill people from the West. But she was alive.

The village itself was a mass of smoldering rubble. The gusting wind wailed through the charred timbers as if the dwellings mourned their occupants, many now dead. Abused and mutilated bodies littered the cart paths and rutted roadway.

The burly Covemen cried out in anger, shouting oaths to their gods. Their anguished voices echoed, broke. Then in the silence that followed, the first of the children who’d escaped crept silently out of hiding from the thickness of the forest’s edge. It would be days before the eldest— a lanky lad of twelve—would be able to relate, haltingly, those things he’d seen. The bright glitter of silver daggers slitting flesh like butter, the intense crimson of the flames that licked through the shattered windows of the small thatched houses. Many would never be able voice those atrocities. But they’d hear forever in their nightmares the sickening thud of Hill stallions’ hooves on the lifeless bodies of their friends and kinsmen.

Other children stumbled forth, ten in all, some clinging to the skirts of their mothers. The Covemen rushed forward. Tears of joy ran down faces taut with grief.

The last child was a toddler, his hand grasped firmly by the Healer.

The grizzled Captain, his bushy white hair stiff with salt spray, scooped his small nephew into his arms. “Why, Healer? Why now?” In the forty years he’d ruled the village, the Hill people never attacked in Wintertide; the ground too slippery and treacherous for their slim-hooved stallions.

The old Raheiran woman met his gaze levelly, but her fingers trembled as she traced the ancient runesigns embroidered into her shawl. “Come to my cave, at moonrise. I will have answers for you, then.”

The Captain suppressed a shudder as she walked quickly away, amulet pouches swinging from her belt. Hearth side legends told of times when the mysterious Raheira had ruled the Land, altering its form and enchanting it with spells. But now they were few and many villages no longer used the services of a Healer. Nor cared to, for the Raheiran were viewed with equal amounts of distrust and suspicion, as well as respect.

But at moonrise he found himself at the cave in the foothills, where the green and gold of the dunes intermingled with the browns and grays of the mountains.

Three times Bronya the Healer cast the stones into the mage circle scratched in the sandy surface of her cave. And three times she shook her head and told the despondent Captain there was no choice. It had to be.

The old man clutched his short hunting knife and struck out at the heavens daring the Sea God, Merkara, to explain these actions. But neither the God, nor the Healer, had anything further to say.

In late summer, the Captain brought Drucilla, swollen with child, to the cave of the Healer. Again, stones were cast into the mage circle.

“I won’t tolerate a halfling in my house!” The old man’s dark eyes blazed.

Drucilla said nothing, her face ashen even in the rosy glow of the fire.

Bronya retrieved the round objects. “If the child is to be who the stones say she will, it’s best I raise her. She will live with me.”

A low rumble of distant thunder penetrated the stillness of the cave, echoing off mossy gray walls. The Healer’s gaze darted around the room as if searching for something she didn’t want to see.

The Captain toyed nervously with his blade, his expression softening. “Well, perhaps a girlchild should be raised in a house, Healer. I wasn’t thinking the child would be a girl. The foothills are too…”

“I will raise her.” Bronya’s voice held a note of anger. “The stones say this is the chosen child. The child he will want. Your village offers no protection to such a child.”

Thunder resounded, sounding closer this time. The old woman stood abruptly, knocking the smooth stones out of her lap and onto the floor. She shook a gnarled fist towards the heavens, her metal bracelets clanging almost as loudly as the approaching storm.

A wind whipped through the cave extinguishing the fire, chilling the occupants of the dark hole. The Captain grabbed his daughter’s arm and quickly guided her towards the entrance into the failing daylight.

“We’ll send word when it’s her time!” His voice echoed back into the darkness. Wrapping his long cape around his trembling daughter, he carefully led her away from the mountains to the safety of their own gathering on the dunes.

Bronya stared defiantly into the storm, her coarse green dress buffeted about in the winds.

Suddenly all was quiet. The yellow light of the night sky cast an eerie glow into the cave of the Healer. She followed its shaft to the floor. The outlines of the circle, now covered in dust, were barely discernible. The stones were as they had fallen from her lap. Their pattern was unmistakable.

The Sorcerer claimed the unborn child for himself.

The thin, dark-haired young boy scurried through the foothills to the cave of the Healer. Mounds of gold and orange leaves, crisp from autumn’s influence, swirled in his passing. Drucilla’s time was near.

“Aye, Tavis. This I know. Everything’s ready.” She ruffled the hair of the smith’s only son then sent him careening back through the leaves with word of her arrival.