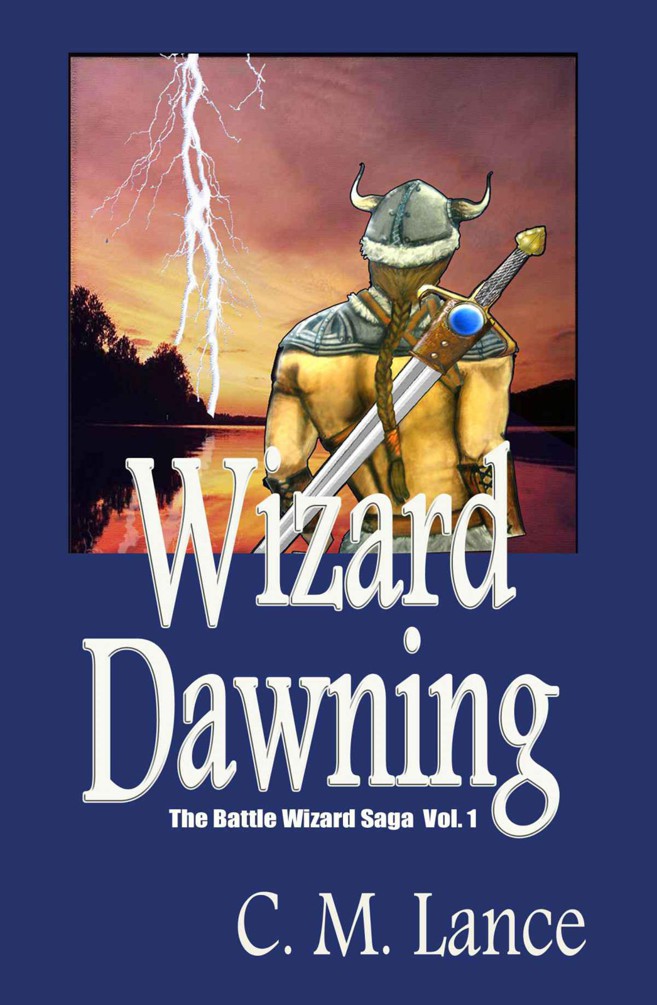 Book One of the Battle Wizard Saga

This is a work of fiction. Names, characters, places, and incidents either are the product of the author's imagination or are used fictitiously. Any resemblance to actual persons, living or dead, events, or locales is entirely coincidental.

The following names are used in the saga you are about to read. They originated in the Old Norse language which has evolved into Norwegian, Swedish, German, Finish, and Icelandic.

Late in the first quarter of the twenty-first century, the effect of climate change made magic stronger, forcing it out of the shadows.

The weight burden on the earth's crust shifted as icecaps and glaciers melted, flowing from land to sea. Magma flow increased, altering magnetic flux. Earthquake and volcanic violence and frequency grew. The earth's axis wobbled and shifted through a two-degree arc.

While scientists focused on climatic and geologic upheaval, others became aware of consequential changes to rivers of magical energy flowing through the earth.

Untrained people began to sense the flows and to exhibit magic randomly. Witches finally ventured into the open to inform scientists about the changes and dangers. Ley flows, rivers of magical energy, increased significantly and some even shifted like rivers changing course. Comparing the strongest Ley lines to rivers, their currents surged from the trudging Mississippi to become the torrent of the Amazon. And dark magic became easier to wield.

Despite those ominous headlines from ten years ago, for most people little changed in everyday life.

The effects of magic, like climate change itself, were slow and inexorable. The fortunate found themselves gifted by the rising tide of magic with the equivalent of ocean front property. Others were overtaken and lost everything. Most carried on, however, oblivious to changes reshaping the world.

Sig's footsteps, crackling through the thin snow crust, broke the morning silence. No clouds floated in the brightening blue arc of sky stretching across the Minnesota prairie as he headed for the barn.

Static electricity sizzled in the air. Hair on Sig's forearm stood up. How would his horse react to a zap on his big, velvety nose? Sig smiled at the vision, but up close, the response from a three-quarter-ton horse wouldn't be funny to watch.

Just outside the barn, he felt the hair on the back of his neck bristle. The uncomfortable feeling wasn't caused by low humidity. An involuntary snarl shaped his lips. He rotated his head to the right. Arrayed in an uneven line behind the white rail fence of the farm across the road, seven men stood motionless holding, or leaning on farm tools as they watched him… again.

Did that farm grow anything besides handymen? Long past having enough to run the farm across the road, every time he looked there were more.

The Watchers. It seemed that they spent more time watching him than they did working.

Sig had excellent vision, but the men across the road seemed out of focus. The headache behind his eyes that erupted whenever he looked at them began to simmer.

He stared at them until they turned and moved away one-by-one. Turning his back on them felt like the wrong thing to do.

When they were gone, he rubbed his aching temples and turned back to the barn. He still had to feed the horses.

He glanced back across the road before he opened the barn door. They were gone, but a scent like decaying meat lingered.

When Sig opened the barn door, his horse poked his head out over his stall door, huffed, and nodded his head. Sig laughed despite the pain still throbbing in his head, remembered to touch metal to dissipate static charge, and reached up to rub Bjørn's nose and scratch his ears. "I guess the Watchers don't bother you, big fella."

At eighteen hands, or six feet at the withers, he stood the same height as Sig.

Starship Eternal (War Eternal Book 1) by M.R. Forbes
Héctor Servadac by Julio Verne
Goldest and the Kingdom of Thorns by Joanne Durda
Cain at Gettysburg by Ralph Peters
Ghost Reaper Episode 2 by Adams, Drew
The Princess Predicament by Lisa Childs
Super Schnoz and the Booger Blaster Breakdown by Gary Urey
The Runaway Settlers by Locke, Elsie
The Distance from Me to You by Marina Gessner
The Vampire Stalker by Allison van Diepen