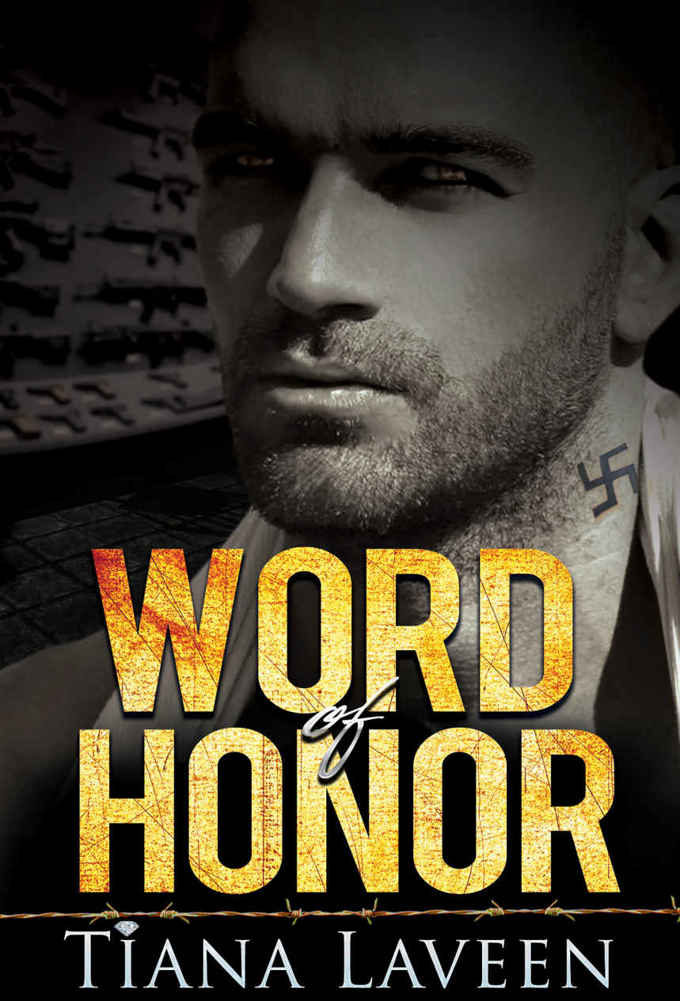 IN OTHER WORDS: If you steal this author’s work and illegally share it, you are no better than a thief that breaks into someone’s house while you think they are away.
You are a criminal.
You don’t work for free, so why should writers? IF YOU STEAL, ILLEGALLY SHARE, UPLOAD OR PIRATE OUR LITERARY WORK, YOU SUCK. PERIOD. POINT BLANK. Thank you and goodnight.

PLEASE NOTE: This book is the
SECOND BOOK
of a two-part series. (There are two books in this series.)

The book had to be divided due to a high page count. However, the SECOND BOOK, ‘Word of Honor’, is being simultaneously released with ‘The ‘N’ Word’. Therefore, there is no wait time for the reader and no lingering cliffhanger. Thank you.

This book is dedicated to Demita Usher.

One of her favorite quotes was,
“Do Not Go Where The Path May Lead. Go Instead Where There Is No Path And Leave A Trail…” – Ralph Waldo Emerson

…And this is exactly how she lived her life. Demita, AKA ‘Brown Betty’, spoke her mind. She was talented, opinionated, humorous, and had the inner strength to push herself forward, even during times of adversity. She was a talented author, and an avid reader of mine, but she passed away suddenly, leaving many of us reeling and saddened. I dedicate this book to Demita because she supported my writing, encouraged me with funny ‘writer-isms’, and let the world know that she loved my stories. I will miss you so much.

Until we meet again, sister.

Important Information for the Reader

A ‘Thank You’ to the Readers

Important Information for the Reader

A short version (a novella) of this story was written and published in the Cross Climax series, written by Tiana Laveen in 2009 and published in 2010. That story appeared in, ‘Cross Climax II’, entitled, ‘The ‘N’ Word’. If you purchased that book and read that particular story, please note that though the premise is the same, this full-length novel tackles the subject in a much more in depth manner and there are MANY changes that essentially make this far more than a revamp of the original story. This book is significantly longer due to there being extensive character development, changes in many of the original details, background information, flushed out scenes, many added scenes, etc. Therefore, it will be a different experience from beginning to end.

They say there are two sides to a story. And two sides to every man… Aaron Pike is one of those men. Aaron is a white nationalist, a Commander in the organization and Nazi who grew up in Frisco City and Gordon, Alabama. He considers himself an activist and purist for the white race in America and offers no pretenses or excuses for his controversial views, affiliations, machinations, and sometimes violent behavior. Despite the common theory or belief that the majority of white supremacists are void of any aptitude and acumen, Aaron is not only intelligent, but also sometimes charming, witty, and funny. He has the power to disturb and fluster with merely a look. Much to no one’s surprise, including his own, he ends up in the prison system, serving a stint for beating a man nearly to death in what is perceived as a racially driven assault.

While serving his term, the recidivist Aaron believes as he’s always done that he will serve his time and be right back out on the front lines of the movement. However, fate ushers him down a different path altogether…

A new prison psychiatrist is assigned to Holman Correctional Facility, and Mr. Pike is forced to delve deep and discuss in detail situations regarding not only his tumultuous past, but his not so clear future. …And the future holds a strong desire to meet a woman he is not only compatible with but one he is determined to make his wife…

Mia Armstrong is an elementary schoolteacher from a conservative, Christian background. She also volunteers at the prison, and is asked to help spread the word about a prison pen pal program. In that process, she runs into Aaron, and before long, the two hit it off. Only there is one problem… Mia Armstrong is African American. The two forge an alliance and that friendship flourishes into pure, unadulterated love.

How will Aaron deal with the truth of his feelings? Can he force himself to hate a woman he adores and loves based on her race alone? Will Mia be able to stay by his side after discovering the darker edge of the man she’s fallen helplessly in love with? Will she be able to offer forgiveness and redemption or will she turn her back on a lost soul who is used to not giving love, or receiving it? Step inside of this explosive novel, ‘The ‘N’ Word’, to find out how this story of unlikely love unfolds.

Please be advised that this novel delves into topics of an adult nature.

Though this is a love story in every sense of the word, this book covers a gamut of topics that some readers may find objectionable.

These include but are not limited to:

4.   Realistic language, which means there are gratuitous profanity in dialogue, bigoted mantras, xenophobia, and racial slurs.