Read A Teardrop on the Cheek of Time: The Story of the Taj Mahal Online

A Teardrop on the Cheek of Time: The Story of the Taj Mahal 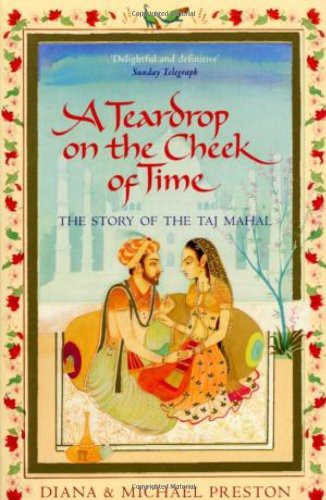 In 1631, the heartbroken Moghul Emperor, Shah Jahan, ordered the construction of a monument of unsurpassed splendour and majesty in memory of his beloved wife. Theirs was an extraordinary story of passionate love: although almost constantly pregnant – she bore him fourteen children – Mumtaz Mahal followed her husband on every military campaign, in order that they might never be apart.

But then Mumtaz died in childbirth. Blinded by grief, Shah Jahan created an exquisite and extravagant memorial for her on the banks of the river Jumna. A gleaming mausoleum of flawless symmetry, the Taj Mahal was built from milk-white marble and rose sandstone, and studded with a fortune in precious jewels. It took twenty years to complete and involved over 20,000 labourers, depleting the Moghul treasuries. But Shah Jahan was to pay a greater price for his obsession. He ended his days imprisoned by his own son in Agra Fort, gazing across the river at the monument to his love. The building of the Taj Mahal had set brother against brother and son against father in a savage conflict that pushed the seventeenth century’s most powerful empire into irreversible decline.

The story behind the Taj Mahal has the cadences of Greek tragedy, the carnage of a Jacobean revenge play and the ripe emotion of grand opera. With the storytelling skills that characterize their previous books, in this compelling narrative history Diana and Michael Preston succeed in putting a revealing human face on the famous marble masterpiece.

THE STORY OF THE TAJ MAHAL

Diana and Michael Preston have asserted their right under the Copyright, Designs and Patents Act 1988 to be identified as the authors of this work.

This book is a work of non-fiction.

Acclaim for A Teardrop on the Cheek of Time

Also by Diana and Michael Preston

6 Chosen One of the Palace

8 ‘Build for Me a Mausoleum’

10 ‘The Builder Could Not Have Been of This Earth’

14 ‘Sharper than a Serpent’s Tooth’

15 Fall of the Peacock Throne

16 ‘His Own Tomb on the Other Side of the River’ 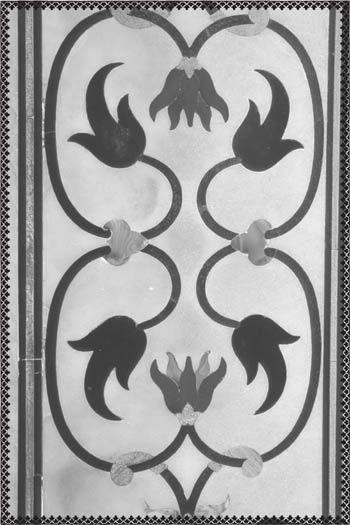 For friends and family 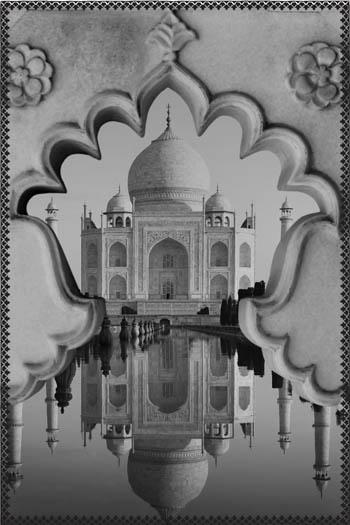 Acclaim for
A Teardrop on the Cheek of Time
:

‘The Prestons’ delightful and definitive book tells the monument’s full, extraordinary story, not only of the vast undertaking of the building itself, but also the operatic sweep of the dynastic and romantic convulsions behind the project … Combines tremendous scholarship with a host of cracking stories well told’
Sunday Telegraph

‘Although Diana and Michael Preston’s book is centred on the Taj, it is largely taken up with an enthralling history of extraordinary kings and their peerlessly cultured and opulent lives … truly unforgettable’
Daily Mail

‘Considerable research leavened by colourful story-telling … every page offers a vivid image or telling detail that captures the deeply weird and violent world of the Moghuls. We're given internecine rivalry; the paranoia, poisonings, tortures and killings; the flaying, blinding, knifing, the general destruction of life but, above all, the luxury’
Spectator

‘The Prestons tell the story engagingly and well, providing a lucid narrative sweep that extends from the arrival of the first Mughal invaders to the manner in which Lord Curzon’s obsessive determination to preserve India’s past ensured the restoration of the Taj’Charles Allen,
Literary Review

Diana Preston
’s most recent books are
Wilful Murder: The Sinking of the Lusitania
(now also a major BBC1 drama documentary),
A Pirate of Exquisite Mind
and
Before the Fall-out
(selected for the Samuel Johnson Prize longlist and winner of the
Los Angeles Times
Science and Technology Prize). Her new book,
Cleopatra and Anthony
, will shortly be published by Doubleday. Her co-author is her husband Michael Preston, an historian and traveller.

Also by Diana and Michael Preston

A P
IRATE OF
E
XQUISITE
M
IND
: The Life of William Dampier

Bonnie Prince Charlie and the ’45 Rebellion

B
ESIEGED IN
P
EKING:
The Story of the 1900 Boxer Rising

B
EFORE THE
F
ALL-OUT:
The Human Chain

Reaction from Marie Curie to Hiroshima

We could not have written this book without spending considerable time in India – a country that, despite the many times we have travelled there, still overwhelms our senses. In New Delhi Professor R. C. Agrawal, Joint Director-General of the Archaeological Survey of India, gave generously to us of his own time and facilitated our visits to the Taj Mahal and other sites associated with the story of Shah Jahan and Mumtaz Mahal. In Agra we were very grateful for the expert advice of Superintending Archaeologist Dr D. Dayalan and of his deputy Mr A. K. Tiwari and to Dr R. K. Dixit, who, in his atmospheric office perched in the southern gatehouse to the Taj, briefed us on recent excavations and future plans. He also led us extensively around the Taj complex and the excavations of the waterworks, helping us see things both figuratively and physically in a new light. Dr K. K. Muhammed, Superintending Archaeologist of the ASI in Bhopal, made possible our visit to the palace fortress of Burhanpur, where Mumtaz Mahal died, and the lonely site where she was temporarily laid to rest. We are also grateful to many others whom we met in India, especially Lucy Peck for her knowledge of the Moghul monuments of Delhi, Vibhuti Sachdev for insights into Hindu architectural principles and Dr Giles Tillotson for advice on Moghul architecture.

The many Moghul chronicles were key to our understanding of this story. We must especially thank the staff of the Indian Institute of the Bodleian Library and those of the British Library, the London Library and the School of Oriental and African Studies for helping us access the sources of the period. We are equally indebted to many individuals. In the USA, Julia Bailey, editor of
Muqarnas
, advised us on architectural sources. In the UK, Philippa Vaughan guided us to material on the depiction of women in Moghul paintings.

Our research in India entailed travelling long distances to sometimes inaccessible places. Mehera Dalton and Tanya Dalton of Greaves Travel International (UK and USA) expertly organized our itinerary and in New Delhi Mala Tandan of Greaves gave us invaluable support. We are also very grateful to the Imperial Hotel in New Delhi and to Prince Richard Holkar of the Ahilya Fort, Maheshwar, for their generous hospitality. Explore Limited gave us the chance in Uzbekistan to compare the tombs and palaces of the Moghuls’ aesthetic ancestors and in Iran to trace the Persian influences discernible in the Taj Mahal.

The advice – and criticism – of friends was invaluable. In particular we are grateful to Robin and Justina Binks, Robert Binyon, Charlie Covell, Kim and Sharon Lewison and Neil Munro. We must also thank our family for their encouragement, especially Lily Bardi-Ullmann for her research in the New York Public Library and our parents Leslie and Mary Preston and Vera Faith.

We have much appreciated the help and advice of our publishers. At Doubleday in London we are grateful to Marianne Velmans, our editor Michèle Hutchison, and also Sheila Lee and Deborah Adams. In New York, we are grateful to George Gibson and his team, including Michele Amundsen and Peter Miller, of Walker Books. In Delhi, Vivek Ahuja of Random House India gave us hospitality and encouragement and fresh insights. Finally, we thank our agents Bill Hamilton of A. M. Heath in London and Michael Carlisle of Inkwell Management in New York for their enthusiasm and support throughout. 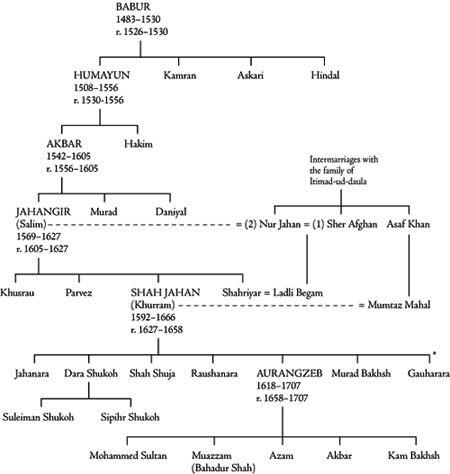