Read A Wild Ride Through The Night Online

A Wild Ride Through The Night 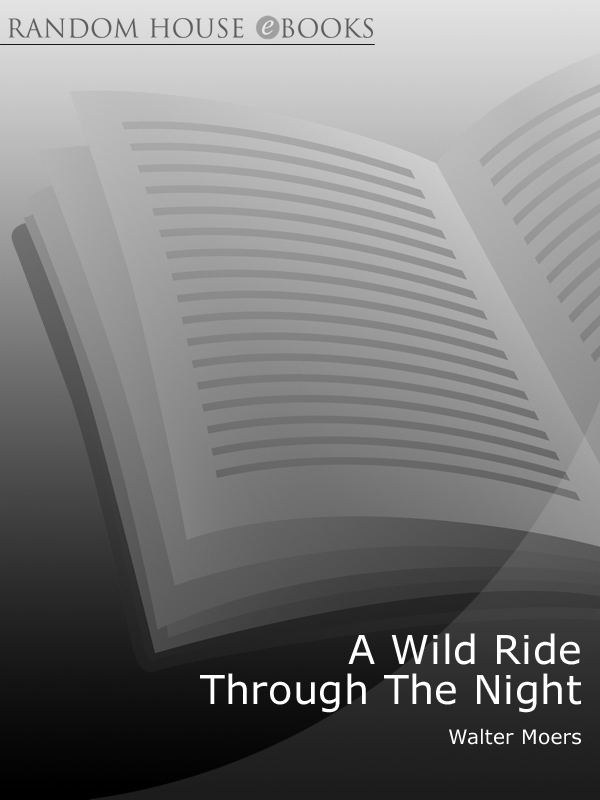 Using twenty-one drawings from the work of Gustave Doré, the most successful illustrator of the 19th century, Walter Moers has created a wondrous and utterly delightful tale. In a world between legend and dream, in a time between childhood and adulthood,
A Wild Ride Through the Night
describes the exhilarating and comic adventures of 12-year-old Gustave, a boy who aspires one day to be a great artist. But before he can achieve this, Gustave must first tackle Mysterious Giants and a Siamese Twins Tornado; he also finds himself encountering the Greatest Monster of All, freeing a maiden from the claws of a dragon, riding through a forest full of ghosts, navigating a Galactic Gully and meeting a dream princess, a talking horse, scantily-clad Amazons and even his own self. Having made a wager with death for nothing less than his life and his soul, he must travel from the earth to the moon and back in a single night.

Walter Moers was born in 1957 and is a writer, cartoonist, painter and sculptor. He has refused to be photographed ever since his comic strips The Little Asshole and Adolf were published, the latter leading him to be declared persona non grata by the political right in Germany. The
13½ Lives of Captain Bluebear
was published to superb reviews and has sold 250,000 hardback copies in Germany. Walter Moers lives in Hamburg.

The 13½ Lives of Captain Bluebear

GUSTAVE DORÉ, French painter and illustrator, b. Strasbourg, 6 Jan. 1832, d. Paris, 23 Jan. 1883, displayed an outstanding talent for drawing as a boy and lithographed sketches for a history of manners in his tenth year. He moved to Paris at the age of thirteen and was employed as a caricaturist by the
Journal pour rire
two years later. In 1854 he published his earliest illustrated work, Rabelais’
Gargantua and Pantagruel
. This was only the first of the numerous series that made him one of the most popular, prolific and successful book illustrators of the mid nineteenth century. His inexhaustibly fertile imagination and exceptional facility led ultimately to the grotesque lack of moderation that marred his last major work, the drawings for Ariosto’s
Orlando Furioso
. 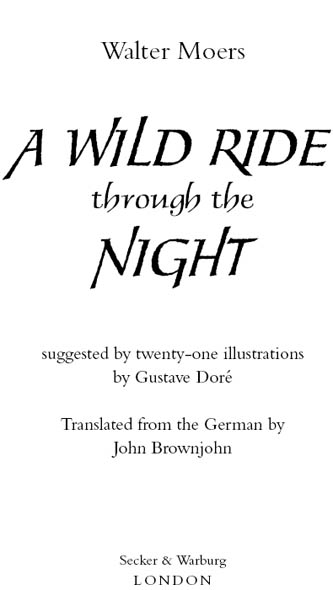 IT WAS DARK
when Gustave put to sea. He preferred to travel by night. In any case, visibility seemed unimportant to someone who had no idea where his voyage would take him. The sky was enshrouded in clouds as black as ink. Now and then a star or the moon’s pock-marked face would peep forth, shedding just enough light for him to see the ship’s wheel in his hands. Gustave had read somewhere that it was possible to get your bearings at sea by observing the position of the stars. He wanted to master that art some day, but at present he had to rely on his instincts.

‘Hard-a-port!’ he shouted, and spun the wheel to the left. Was ‘port’ on the left or the right? Did a ship turn right when you turned the wheel to the left, or was it the other way round? Temporarily brushing these questions aside, Gustave spun the wooden wheel vigorously so as to give his crew an impression of grim determination.

‘We’ll never outrun it, Cap’n!’ Dante, his trusty, one-eyed boatswain, had come up behind him. The experienced seaman’s voice was trembling with fear. ‘ We can’t possibly outrun it, can we?’

Although Gustave was only twelve, the crew of the
Aventure
looked up to him as if he were a giant—even though they had to bend down to do so. Kneading his cap in his calloused hands, Dante regarded his young skipper with a look of hope in his lone eye. Gustave turned to face the wind and sniffed it. The air was as warm and moist as it tends to be before a violent storm.

‘Outrun it?’ he called over his shoulder. ‘Outrun what, my faithful Dante?’

‘The storm?’ said Gustave. ‘What kind of storm do you mean?’

‘I mean a
Siamese Twins Tornado
, Cap’n. It’s hot on our heels, too!’ Dante levelled a trembling forefinger at something beyond the ship’s stern, and Gustave followed the direction of his gaze. What he saw there was terrifying indeed: two enormous waterspouts had arisen from the sea. Their whirling shafts towered as high as the dark clouds overhead, sucking the water and all its contents into the sky. Roaring like maddened giants, they sped towards the
Aventure
at a rate of knots.

‘Oh, so it’s a
Siamese Twins Tornado
,’ Gustave said in a deliberately casual tone. ‘An unpleasant phenomenon, but absolutely no reason for anyone to lose control of his knee joints.’ He cast a reproachful glance at Dante’s trembling legs.

‘Take in sail!’ he ordered briskly. ‘Steer three—no, four degrees to starboard!’ The boatswain pulled himself together and saluted, shamed by his imperturbable young skipper’s death-defying composure. ‘Aye-aye, Cap’n!’ he cried. He clicked his heels and strode off, stiff-legged.

Gustave’s own knees did not start knocking until Dante had stalked off. His hands gripped the ship’s wheel tightly. A
Siamese Twins Tornado
, eh? Great! The most dangerous natural phenomenon anyone could encounter anywhere on the seven seas! A pair of tornadoes, two meteorological twins who seemed to communicate by telepathic means and hunted ships as a team. If one failed to sink you, the other finished the job.

Gustave looked back at the roaring waterspouts. They seemed to have doubled in size in no time. He could see huge octopuses, whales and sharks being plucked from the sea and hurled through the air. Shafts of lightning darted back and forth between the gigantic, whirling tornadoes, creating a dazzling white network that lit up the
Aventure
like a ghost ship. 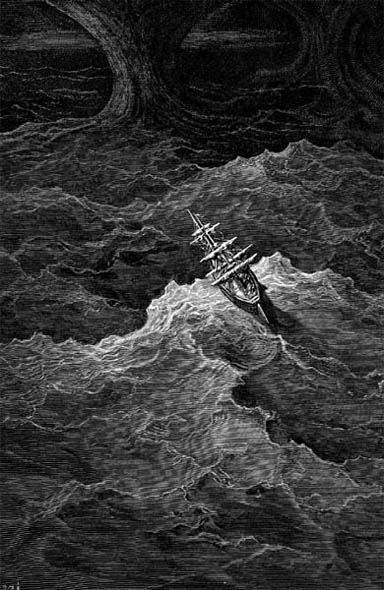 Drowning to Breathe by A. L. Jackson
2SpiceRack_bundle by Karen Stivali and Karen Booth and Lily Harlem
Miranda's Dilemma by Natasha Blackthorne
His to Possess #1: The Seduction by Carew, Opal
Pirate's Price by Aubrey Ross
Accession of the Stone Born: The Vigiles Urbani Chronicles by Ken Lange
To Love by Dori Lavelle
Ralph Compton Death Rides a Chestnut Mare by Compton, Ralph
Three Coins for Confession by Scott Fitzgerald Gray
Stella by Siegfried Lenz