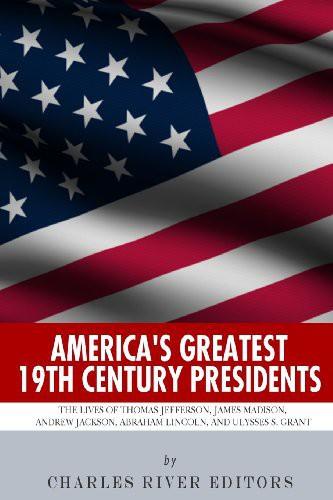 Charles River Editors
was founded by Harvard and MIT alumni to provide superior editing and original writing services, with the expertise to create digital content for publishers across a vast range of subject matter. In addition to providing original digital content for third party publishers, Charles River Editors republishes civilization’s greatest literary works, bringing them to a new generation via ebooks.
Signup to receive updates about new books as we publish them
, and visit
charlesrivereditors.com
for more information. 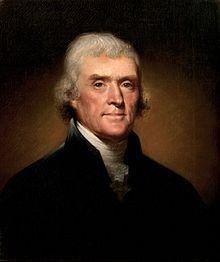 The story of the United States of America is one of a nation founded upon the loftiest ideals of representative government, attempting to fulfill its goals while encountering competing domestic and global forces.  From the beginning, Americans debated how their national government should govern, balancing powers between the federal government and the states, which led to the establishment of the first political parties. At the same time, the nation has struggled to reconcile its guarantee of universal rights and individual liberties with several stark realities, including the presence of millions of slaves at the time of the Declaration of Independence.

Nobody spent more time in the thick of these debates than
Thomas Jefferson
, one of the most famous and revered Americans. Jefferson was instrumental in all of the aforementioned debates, authoring the Declaration of Independence, laying out the ideological groundwork of the notion of states’ rights, leading one of the first political parties, and overseeing the expansion of the United States during his presidency.

But for all of his accomplishments, Jefferson’s reputation and legacy are still inextricably intertwined with the divisive issues of his own day. As the slaveholder who wrote that all men are created equal, and his relationship with one of his slaves, Sally Hemmings, Jefferson’s life and career are still sometimes fiercely debated today.

America’s Greatest 19
th
Century Presidents
discusses these accomplishments and controversies, while also humanizing the leader whose words literally created a new nation, and whose hand guided the political debates and Manifest Destiny of the nation he helped create. Along with pictures of this Founding Father and other important people and events in his life, you will learn about Jefferson like you never have before, in no time at all. 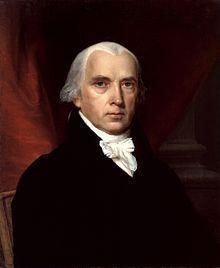 The Founding Fathers have become so revered by Americans in the last 200 years that the “Father of the Constitution” himself is often overlooked among the rest of the pantheon. Today James Madison’s legacy mostly pales in comparison to the likes of George Washington, Ben Franklin and his closest colleague, Thomas Jefferson, but Madison’s list of important accomplishments is monumental. A lifelong statesman, Madison was the youngest delegate at the Continental Congress from 1780-83, and at 36 he was one of the youngest men who headed to Philadelphia for the Constitutional Convention in 1787. Despite his age, he was the Convention’s most influential thinker, and the man most responsible for the final draft of the U.S. Constitution. Along with Alexander Hamilton and John Jay, Madison was one of the most persuasive advocates for ratifying the Constitution, authoring some of the most famous Federalist Papers, and he drafted the Bill of Rights that was later added to the Constitution. But his work was far from done; along with Thomas Jefferson, Madison was one of the founders and ideological cornerstones of the Democratic-Republican Party that guided the young nation in the first 30 years of the 19
th
century. That included his own presidency, in which he oversaw the War of 1812.

Like the other Founding Fathers, Madison is better known in word and deed than as an actual person.
America’s Greatest 19
th
Century Presidents
covers Madison’s incredible accomplishments, but it also humanizes the classic thinker who idolized Thomas Jefferson  and had a loving relationship with wife Dolley, who helped mold the position of First Lady as debutante. Along with pictures of Madison and other important people and events in his life, you will learn about the Father of the Constitution like you never have before, in no time at all. 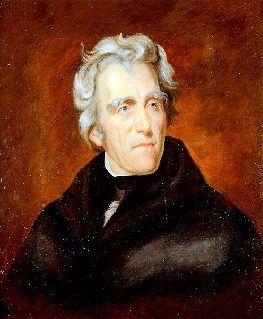 The United States of America has had many presidents that Americans agree were either great or awful, while some fall into a mediocre category of irrelevance. In many cases a national consensus has been reached on men like Abraham Lincoln and James Buchanan. But the president with the most controversial legacy might be “Old Hickory”, Andrew Jackson.

In his lifetime, Jackson came to represent what middle class Americans viewed as the quintessential American. Jackson had a modest upbringing, served as a teenager during the American Revolution, became a war hero during the War of 1812, and championed populism and the common American during his presidency. He also embodied courage and manliness, famously carrying a bullet from a duel in his body for decades until his death.

On the other hand, critics continue to charge that Jackson’s legacy is irreversibly stained by his stances on slavery and Native Americans. Jackson opposed the idea of secession but helped keep the antebellum slave system in place, but he is most notorious for his forcible removal of thousands of Native Americans, the best known being the Cherokees’ “Trail of Tears”. When the Supreme Court ruled that the state of Georgia could not impose laws upon the Cherokees, Jackson is popularly quoted (though apocryphally) as dismissing the decision, “John Marshall has made his decision; now let him enforce it."

With Jackson as controversial today as ever before, the dueling narratives over his legacy often overshadow the man. America’s Greatest 19
th
Century Presidents discusses some of the popular legends of Jackson and covers his career and presidency, but it also humanizes a feisty teenager yearning to fight, and ultimately the aggressive man with a short temper who comprehensively shifted the country’s direction and set it down an irreversible course, for better or worse. 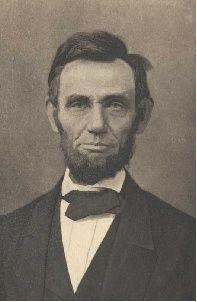 Abraham Lincoln
(1809–1865) is one of the most famous Americans in history and one of the country’s most revered presidents. Schoolchildren can recite the life story of Lincoln, the “Westerner” who educated himself and became a self made man, rising from lawyer to leader of the new Republican Party before becoming the 16th President of the United States. Lincoln successfully navigated the Union through the Civil War but didn’t live to witness his crowning achievement, becoming the first president assassinated when he was shot at Ford’s Theater by John Wilkes Booth on April 14, 1865.

In the generation after the Civil War, Lincoln became an American deity and one of the most written about men in history. With such a sterling reputation, even historians hesitate to write a critical word; in
Team of Rivals
Doris Kearns Goodwin casts Lincoln as an almost superhuman puppet master in control of his Cabinet’s political machinations and the war’s direction, juggling the balancing act flawlessly. As a result, Lincoln the man is far less known than Lincoln the myth.

America’s Greatest 19
th
Century Presidents
humanizes the leader who rose from humble roots to the highest office in the land, discussing lesser-known facts about Lincoln while tracking his rise, his monumental presidency, and his legacy. Along with pictures of Lincoln and other important people and events in his life, you will learn about Lincoln like you never have before, in no time at all. 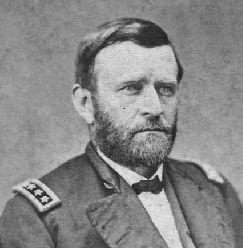