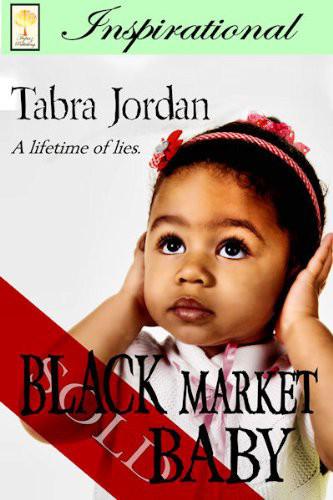 Reading
Entertainment for the Entire Family

This is a work of fiction. All characters and events
portrayed in this novel are fiction or used fictitiously. All rights are
reserved, including the right to reproduce this book or portions thereof in any
form except when quoted briefly in reviews.

This book may not be reproduced in whole or in part by
any means without written permission from the publisher. Contact
[email protected]
for further details.

NOTICE: Book pirating infringes on the rights of all
parties involved in the publication of this e-book. This act is illegal, and
punishable by law.

A
Lifetime of Lies

Jillian grew
up in a wealthy and loving interracial family. All her life, she suffered with
debilitating nightmares. During these dreams, Jillian is stolen from the safety
of her crib. Something is awry. Jillian’s skin is much darker than her siblings;
however, no one seems to notice or care.

After six
years of marriage, Jillian’s husband wants a child. How can she have a baby with
thoughts of kidnapping looming in her mind? She needs closure, and she’ll go to
any length to find the truth. Inspirational, Interracial, Christian Romance,
Drama, Mystery. Tabra Jordan,
http://www.topazpublishingllc.com
Available in E-Book, and Kindle

Thank
you for buying a product of Topaz Publishing

Quality
Reading for the Entire Family

“I
love you,” Jillian whispered, as she draped a red necktie around her husband’s
neck. “You work too hard, Lake. You know—we really need to get away.”

Lake
fixed the collar on his white shirt. “It’s hard to believe you don’t have a job,
and yet your social calendar is tighter than mine.”

Jillian
beamed. “Mother keeps me busy with garden parties, and tea parties. I swear,
those women will celebrate anything.”

“I
know.” He smoothed his tie into place. “Secretly, your mother is a closet party
animal.” A chortle rumbled in his chest. “She’ll find any reason to break out
the champagne.”

“Lake.”
Lake always had a healthy dose of humor. But this time, Jillian saw sincerity
in her husband’s emerald eyes.

Pretending
to be angry, Jillian marched to the window and opened the drapes. Immediately,
the sunshine revealed their tousled and unmade bed. “Don’t ever let her hear
you saying that. Mother is sensitive.”

“Okay,”
he teased, throwing his voice toward the window. “Mother Ester, you’re a lush,
sweetheart. Go to rehab.”

“Stop
that!” Jillian shook her head. Delighted by her husband’s bad jokes, she
gathered his terry robe from the floor.

“All
right.” Half dressed; Lake sat down on the lounger, and then pulled his wife
upon his lap. She tumbled about him with a giggle. “You win,” he admitted, with
a half-smile. “Try to relax today.” Lake placed his fingers beneath his wife’s
chin and studied her weary face. “Are those bags under these beautiful brown eyes?”

“I
don’t have bags.” She pushed his hand away.

Wringing
her hands, Jillian became anxious. She turned from her husband’s suspicious
gaze. “Mother isn’t working me too hard, Lake. It’s the dreams. They’ve come
back.”

“Oh,
darling. I’m so sorry.” He pulled her into his arms and kissed the top of her
head. “Just look at you. You’re a nervous wreck.”

Jillian
moved from her husband’s grasp and stood up. “I’ve been seeing the therapist,
again.” She closed her long silk robe, and then turned off the lamp beside the
bed.

Appearing
miffed, Lake got up and swaggered toward the bathroom. “I told you that woman
was an impostor. You need professional help. I’m not paying her a mint just so
you can wallow in and out of nightmares almost every night?”

“I
know, sweetheart.” With a hopeful glint, she turned to face her husband. “You’ve
never had faith in Dr. Vega. But this time, we’re on to something. I think we
know why I’m having these crazy nightmares.”

Lake
picked up his dress shoes, then sat down on the side of the bed. “It’s the same
dream over and over. You dream some man is taking you from your crib, right?”

“Yes,
Lake. I keep dreaming some man is taking me from my bed.” Instinctively, she
covered her nose. “He smells terrible. If I ever encountered that horrible odor,
I’d remember. Mother assured me, I was well protected as an infant. I have no
idea why I’m so petrified in those dreams.”

“Perhaps
the gardener heard you crying and came into the nursery.”

“Jesus
doesn’t scare me. Plus, he doesn’t smoke.”

“So,
there was smoke?” He slipped on his shoes and stood up.

Jillian
walked to the window. “Yes. I distinctly smelled smoke.”

“Was
there a fire, perhaps?” Lake reached on the bed for his belt.

“No.”
She stroked her forehead, then picked up her hair brush. “We’ve ruled that out.
But, it was a strange odor—like burning rags. It’s an odor I just can’t
forget.”

“Honey.”
Lake gently pushed Jillian onto her padded dressing chair. “I’m not saying that
something didn’t happen to you. Apparently, you were very young. But right now,
you’re fine. You’ve completed your degree, and you're learning about the firm.
What more do you want?”

Jillian
widened her eyes. “None of my siblings suffer with these wild dreams. Why me?”

“I
don’t know.” Lake removed his blazer from a hanger and slipped his arm inside. “You
have to admit, your sister is a certifiable nut. Sometimes mental illness is
like that.”

“Yeah.”
Looking in the mirror, he ran his fingers through his neatly cropped brunette
hair. “She looks like your dad—in drag. There’s no wonder he’s so taken with
her.”

“You
kidder.” Lake was standing beside her; she pinched his slacks between her
fingers and shook them. “You’re so mean today.” Jillian got up from her
dressing table and folded her arms.

“I’ve
been in this family for six years,” he declared. “It takes a wacky sense of
humor to survive around here. I have your dad for a boss, a mother-in-law who
cares nothing for her liver, and a sister-in-law so spoiled, she can’t wipe her
own golden butt.”

“Darling.
My parents are fantastic. And don’t you say another word about them.”

“I’m
just being mischievous, honey. Your family is okay. But, I really like your brother
most of all.”

“That’s
because he introduced us. Right?”

“Yeah.
He did
you
a huge favor. Paid me to go out with his homely big sister.”

Jillian
grew quiet. “I do feel like the black sheep of the family.”

“Don’t
go there, Jillian. Sometimes, bi-racial children can take the dominate gene. There
is nothing wrong with your being darker skinned. You have a smooth color, like
a delicious dark caramel bite.”

“Lake.
Mother is Caucasian. Father is African American. I look nothing like my
mother.” She picked up a long strand of raven hair. “There is nothing blonde
about this. Celeste’s hair is reddish blonde.”

“Not
today, honey.” He rolled his eyes toward the ceiling. “I’ve told you. There’s
nothing wrong with the texture of your hair, or the color of your marvelous skin.
I happen to love them—and I happen to love you.”

“I’m
not saying I want to be Caucasian, Lake. I’m saying I don’t feel as if I belong
in this family. Something is wrong.”

Using
a roller, Lake removed fragments of lint from his slacks. “The dreams are affecting
our lives aren’t they? Maybe you’re having them because you’re too scared to
have children. Sweetie, you’ll be thirty soon. Your clock is ticking. Don’t you
want children? You love children.”

“I’m
terrified something awful will happen to my child. The dreams could be an
omen.
Maybe someone will take him from his crib. You do understand, don’t you?”

Lake
lowered his gaze to meet hers. “If my wife is afraid to give me a son,
something is wrong.”

“Please
don’t say that.” Jillian strolled to the walk-in closet. “I want to give you a
son, but I’m so very frightened.” She pointed toward the doorway to their
bedroom. “Don’t mind me, sweetheart. You’re going to be late for work.”

Lake
raised a brow. “Do I need to check on you today?”

“I’ll
be fine.” She pulled a dark suit from the closet and placed it on the bed. “I’ve
got an appointment to see Dr. Vega this morning. She said, I’m having repressed
memories. Please don’t get angry. No one else has been able to help me.”

At
the country club, Jillian helped her mother prepare for a Cancer Research fundraiser.
She straightened the lace tablecloth, then placed the pink pastel petit fours
just so. Afterwards, she stepped aside to admire her handiwork.

Ester,
Jillian’s mother, placed a crystal punch bowl on the decorated table. “It’s
going to be splendid,” she said, placing the ladle beside it.

The Journal of a Vicar's Wife by Viveka Portman
Depending on the Doctor (Nevada Bounty Book 2) by Margaret Madigan
Harvest of Blessings by Charlotte Hubbard
Climb the Highest Mountain by Rosanne Bittner
The Chronicles of Riddick by Alan Dean Foster
A Trip to the Stars by Nicholas Christopher
Down The Hatch by John Winton
Tyrant's Stars: Parts Three and Four by Hideyuki Kikuchi
Shifting Calder Wind by Janet Dailey
Bright Lights, Big Ass: A Self-Indulgent, Surly, Ex-Sorority Girl's Guide to Why It Often Sucks in the City, or Who Are These Idiots and Why Do They All Live Next Door to Me? by Jen Lancaster