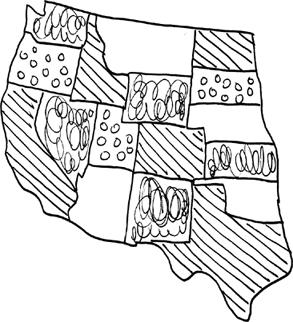 18. HAPPINESS AT WHAT COST?

Thanks to Julian and Jen, my spectacular editor and agent respectively. You continue to ensure I keep writing and that what I write isn’t total pap. And again, thanks to the scientists included in this book and the ones I chatted with, but whose work I couldn’t find a way to bastardize into the framework of a short, usable tip. Any offbeat humor and gerrymandering for practicality herein is a testament to these scientists’ willingness to both perform the world’s greatest science and then allow it to be humanized in a way that makes it seem the stuff of offhand dinner-party conversation. Humor aside, I’m humbled by the opportunity to punch into your world, if however briefly. And my wife, two kids, and Labrador haven’t yet thrown me out on my ear after hearing yet another totally fascinating conversation recapped over the breakfast table, and for that they deserve not only thanks but medals. And thank you, whoever bought this book! Because of you, I am right now basking on my yacht off the Croatian coast, eating salty caviar and sipping wine of a year whose digits sum to something other than three or four. Or I am at least in the backyard shed insulated with cardboard that is my office, watching in the early morning as hot-air balloons rise from Boulder and squirrels mate on the back fence, while planning my next book. Cheers.

GARTH SUNDEM
is the bestselling author of
Geek Logik, The Geeks’ Guide to World Domination
, and
Brain Candy
. You can find him at
garthsundem.com
, as the bimonthly puzzlemaster at
Wired
’s
GeekDad
blog, at
TED.com
, and/or by using a searchlight to broadcast the periodic table of the elements into the night sky (or by baking berry pie). Garth and his wife live in Colorado with their two kids and a large Labrador.

Tastier than a Twizzlers yet more protein-packed than a spinach smoothie,
Brain Candy
is guaranteed to entertain your brain! These delicious and nutritious pages are packed with cutting-edge brain science, puzzles and paradoxes, and eye-opening perception tests and hacks.
BRAIN CANDY
$14.00 paper (Canada: $17.00)
978-0-307-58803-6

Sorry, beautiful people. These days, geeks rule the world. And here is the book no self-respecting geek can live without—a guide jam-packed with 314.1516 short entries exploring the essential joys of science, pop-culture trivia, paper airplanes, pure geekish nostalgia, and much, much more.
THE GEEKS’ GUIDE TO WORLD DOMINATION
$13.95 paper (Canada: $15.95)
978-0-307-45034-0

Available wherever books are sold

Facing the Tank by Patrick Gale
The Magic's in the Music (Magic Series Book 5) by Susan Squires
The Color of Your Skin Ain’t the Color of Your Heart by Michael Phillips
Ambush Valley by Dusty Richards
Their Soul Mate [The Hot Millionaires #5] (Siren Publishing Ménage Everlasting) by Zara Chase
Andy Warhol by Arthur C. Danto
The Secret of Spandau by Peter Lovesey
Take a Bow (The Perfect Plans Series Book 2) by C.J. Wells
Silent Prey by John Sandford
All They Ever Wanted by Tracy Solheim