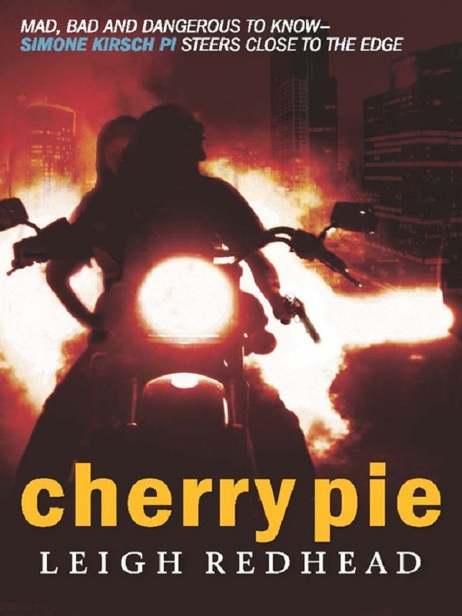 To Anthony, who did the hard yards in the ‘hostility’ industry
and was always there for me.

It was dark and cold when she opened her eyes and her right leg throbbed with pain. Stars streaked and swirled in the sky above, like a sci-fi flick when the spacecraft hits warp speed.

Where was she? How the hell did she get here?

The ground beneath her palms was hard packed earth, studded with gravel. Sharp air stung her sinuses, smelling like leaf mulch and cold. Dust coated her tongue. A night bird screeched.

Every time she thought she’d caught it her memory skipped away, just out of reach. Had she taken drugs? Her right nostril was blocked and there was a powdery, alkaline taste at the back of her throat. Bad coke? Some rapist spiked her drink?

Didn’t feel like she’d been raped. Jeans zipped, coat still on, but her head throbbed and there was something seriously wrong with her right leg. The pain was in her shin, pulsing and expanding like red globs in a lava lamp, with a splintery sharpness at its core.

Light exploded through the darkness, punching her eyes.

Alien abduction, she thought, going weak and waiting for the sylph-like silhouettes with crustacean fingers and bulbous heads.

Her eyes adjusted and she lifted her neck. It was a car, headlights on high beam. It was a car, and she was lying on a dirt road cut into a mountain. The hillside to her right was tangled with slender trees and vines. Ferns struggled out of the exposed earth. To her left the road dropped away. She couldn’t tell how far. Pebbles cast long shadows like rocks on the surface of the moon. And her right leg was twisted at an unnatural angle.

She waved at the car. The light was too bright to see the make or colour, or who was driving.

The car started. She smelled exhaust. She thought of that Stephen King book about the demonic vehicle, Christine.

How come she could remember all that crap when she couldn’t even remember her own name?

The engine revved. The gears shifted.

She rolled on her side, pushed her palms flat to the ground and hoisted herself up, balancing on her good leg as the car jerked forward, a rock released from a slingshot. She threw herself to the side but not fast enough. The bonnet clipped her hip and instead of pain she felt only pressure and then she was flying through the air, over the slope, and nothingness gave way to slapping branches, then something solid and her head cracked, a burst of pain and she was gone.

I kicked off denim hotpants with flames appliquéd over the arse, shook my long dark hair and shimmied in a red spangled bikini. A Warrant song blasted from the pub speakers and a bunch of tradies and smattering of lunchtime suits bellowed along with the chorus.

The Royal was on Punt Road, opposite the Richmond Cricket Ground and not far from the MCG. With its multicoloured carpet and topless barmaids the hotel was delightfully retro and I wondered why all the inner-city thirty-somethings hadn’t discovered its ironic joys, the way they had lawn bowls.

I swung my hips exaggeratedly to the left, then right as the lyrics suggested, unclipped the back of the bikini top and held the fabric to my breasts, squishing them together to create a cleavage. Not that I had a hell of a lot to work with.

‘Take it off!’ yelled a guy in dark blue King-Gees.

It was a strip show. That was the general idea.

The crowd formed a rough circle, perching on stools, lounging in vinyl armchairs, leaning against the bar. I went to each guy in turn, flashed a nipple and they stared, mesmerised, pupils dilating. Amazing what the sight of a B-cup could do to a grown man. Still, I wasn’t complaining. Those puppies were financing the Simone Kirsch detective agency. I twirled the bra around my head and flung it onto the stage. One of the suits waved a ten buck note so I sashayed over and danced close.

Although it was a cold September day the pub was heated and I felt a line of sweat snake from the nape of my neck to the small of my back. The suit, balding and pasty, sat in one of the low chairs with his legs apart and I rested my red platform stiletto on the arm and indicated he should put the money in my garter. Thick fingers fumbled in the sequined elastic as I ground my pelvis in time to the beat. I had just turned my head to smile at the other punters so I didn’t see the sneaky fucker reach for my pussy until it was too late. Still swaying to the music I whipped my leg down, grabbed his hand and moved in close, holding it to my chest and resting my knee lightly on his crotch.

The other blokes thought I was a top sheila, pressing myself against the guy and letting him cop a feel of my tits while I whispered sweet and dirty into his ear. What they didn’t know was, I had his middle finger bent back at an unnatural angle and was increasing the pressure of my knee on his balls as I said,

‘Sweetheart, you try that again and I’ll snap this thing off and shove it up your arse, understand?’

His face flushed puce and he nodded, vigorously, so I let go and skipped off.

I hadn’t always been such a tough chick. There was a time when I might have giggled sweetly and told him to stop being so naughty, but a year of various scumbags trying to waste me with assorted weaponry meant I wasn’t going to take any shit from a smarmy suit with wandering digits.

A pissed guy with plaster dust in his hair was doing a little dancing of his own. I grabbed him and we fell into a sloppy waltz, got a laugh, then it was onto the stage to squirt Nivea on my boobs, unclip the g and pretend to take it off a couple of times before finally removing it with a flourish. In the last thirty seconds of the song I got down on my fluffy white rug for what some girls delicately referred to as floor work, but I liked to call the money shot.

Over the other side of the bar a punky looking girl with chopped-up short brown hair and a pixie face was ordering a beer. She wore a red sleeveless ski jacket over a black and white striped top and I was sure I knew her but couldn’t figure out where from. She grinned when she saw me looking and gave me the thumbs up. My first instinct was to respond by crossing my eyes and sticking my tongue in the side of my cheek but I suppressed it, maintaining the illusion that humping a carpet offcut in front of a bunch of baying drunks seriously got me off.

Inside the change room a young blonde in a school uniform was tying her hair into bunches with plastic bobbles.

What was that song? Only the most famous stripping anthem of all time.

She stared at me blankly as I pulled on black lace knickers and a matching bra.

C’mon, they were huge in the eighties.’

She laughed. ‘I wasn’t even born till eighty-eight.’

‘Holy shit, what does that make you—five?’

‘Eighteen, silly. How old are you?’

She slapped her dainty hands on her cheeks. ‘That’s almost …’

‘Wow.’ She turned back to the mirror, knotted the white shirt under her boobs and adjusted the blue and red striped tie. ‘No way I’ll still be stripping when I’m that old. I’ve got a five year plan, gonna open my own day spa.’

She must have caught my look in the mirror. ‘Not that you look old. You could pass for, like, twenty-six. Easy.’

I quickly dressed in jeans, boots and a black V-neck sweater, shrugged into my denim jacket and wound a scarf around my neck. Hefting my bulging backpack over one shoulder, I told the blonde to have a good show and pushed through the door into the bar.

The chick in the striped top was still sitting on a barstool.

From that side I could see she wore ripped black jeans with a studded belt, and was tapping her red Converse High-Tops to some internal rhythm and drumming her fingers against her glass. Her skin was tan and her eyes were big and brown, fringed by long dark lashes. She had a snub nose, a wide mouth and when she smiled at me again I saw a gap between her small white teeth. Where the hell had I met her?

I asked the topless redhead behind the bar for my usual and sat on the stool next to the girl. ‘Let me guess, the Shaft peepshows?’

She shook her head, gulped her beer and wiped a froth moustache from her upper lip.

‘Way off. No one would want to see my hairy bush.’

The barmaid handed me a glass of cheap champagne and my pay from the jug strip. Seventy bucks. I wouldn’t be retiring in a hurry.

She turned to face me. ‘Andi Fowler. Joy’s daughter? Our mums are mates. We all shared a house in Potts Point years ago.’

I slapped my forehead. Of course. After Dad shot through in the late seventies Mum had gotten involved in the women’s movement, met Joy and we’d all moved in together. My brother Jasper wasn’t born then, he had a different father, so it was just us girls, and a steady stream of militant feminists assembling in our decrepit terrace, making up slogans and preparing placards for the demonstration de jour. The last time I’d seen Andi was at a barbecue at my mother’s eight years before. Just after Mum moved back to Sydney from northern New South Wales to teach women’s studies at Sydney uni.

‘Remember that barbie?’ Andi asked. ‘Bored shitless by all those old farts talking politics so we locked ourselves in the bathroom and did half a gram of speed, then stole that hundred dollar bottle of shiraz and skolled it in the park?’

Firebird by Helaine Mario
The Trouble with Tulip by Mindy Starns Clark
The Alienist by Caleb Carr
Battlefield of the Mind by Joyce Meyer
Voluptuous by Natasha Moore
Beneath an Opal Moon by Eric Van Lustbader
The Cowboy's Secret (Cowboys After Dark: Book 3) by Maggie Carpenter
The Battle of the Crater: A Novel by Gingrich, Newt, Forstchen, William R., Hanser, Albert S.
Carousel Seas by Sharon Lee
Catwalk by Melody Carlson