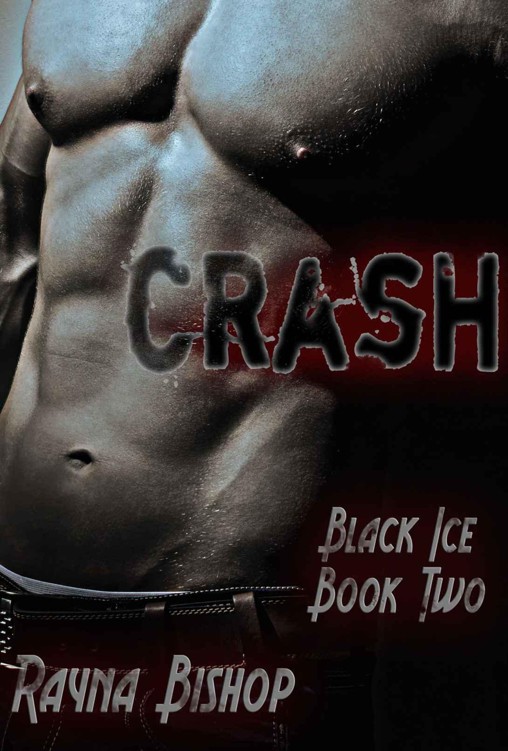 This story is a work of fiction.

All characters are products of the author’s imagination and any resemblance to actual events is purely coincidental.

Edited by Delilah Fox – Find her work on
Amazon
.

Cover design by Davida Lynn - Find her work on
Amazon

I would like to thank my amazing friends and family who supported me through the writing of this story and continue to support me every single day.

I would also like to thank
Davida Lynn
who’s constant teaching and understanding has helped me reach the place where I can write stories like this.

I also want to thank each and every one of you for reading this story.

Writing is a lonely process and I keep my spirits up knowing there are folks in the world that appreciate what I do.

Thanks for supporting an independent author.

Please email me and let me know how you’re doing.

Before reading this story, make sure you read Book 1 in the Black Ice MC Series

T
he sun was setting behind a forest of pine trees.

Danni held tightly to Mercer as he took the corners fast.

She loved the sensation of speeding around the curves.

She felt alive and scared at the same time.

The smell of his leather jacket and the glow of the sun through the brightly colored trees made her think this was more dream than real life.

Mercer sped around another corner and Danni’s stomach leapt into her chest.

She laughed, then put her lips next to his ear, and said over the rumble of the engine, “I’m hungry.”

Mercer nodded and sped up even more.

A few miles down the road, they found a diner attached to a small motel.

It had green trim on dirty white walls and big neon sign out front told them it was called the Sleep ‘N’ Eat.

Sipping coffee and looking over the menu, Danni asked, “How much farther until we get to Rawlins?”

“Just about four hours,” answered Mercer, without looking up from his menu.

“You excited to get back?”

He put down his menu.

I need to get back.

There’s a lot of work to do.

Me and Doc, we’ve got to rebuild Black Ice.

Make it something I can be proud of again.”

The waitress came by and asked what they wanted to eat.

Mercer got a hamburger but Danni wanted French toast, even though it was late evening.

After the waitress walked away, Mercer didn’t finish his thought.

He just stared out the window.

Lately, he’d had been doing that sort of thing a lot.

Physically, they were closer than ever.

After wanting each other since high school, they were finally together.

Their time together had been spent exploring each other.

Danni and Mercer agreed that nothing was off limits, no matter how dark the desire.

They would try anything once, without fear of judgment.

But there were still moments when Mercer would become withdrawn and quiet.

She asked him to talk about it, and he did–somewhat.

Late at night, in a little hotel room somewhere in Illinois after a night of vigorous lovemaking, he told her that while fighting the men sent to kill them, one of them had said something he couldn’t shake.

A man named Bingo had called Mercer a coward.

He said Mercer didn’t like the direction the club was going, so he stole a bunch of money and ran away.

The problem was, Bingo was right.

He had run away.

Just like he had all those years ago after his best friend—and Danni’s boyfriend—Specs had died.

He had been running his entire life, but now, Mercer knew it was time to stick around and build something for himself.

It was time to stop running.

After dinner, they were both full and the sun was too far behind the trees to travel any further, so they got a room in the attached hotel.

It was a small room with a small bed and a dirty tile floor.

Despite being no more than sixty-five degrees outside, the air conditioner still blew, and neither of them could find a way to shut it off.

After taking turns in the shower, they got under the blankets and wordlessly found each other in the dark.

Danni’s lips met Mercer’s and his hands ran over her body, paying special attention to her breasts.

He loved fondling her breasts and she love him doing it.

She loved anything he did to her.

After years of dating timid men too afraid to ask for what was on their mind, Danni knew Mercer took what he wanted.

He looked her square in the eyes and she whispered, “Do it.”

His rough hands were all over her and she found his cock in the darkness.

He was already hard.

It made Danni feel so good that he was ready for her.

That was the chemistry between them.

They just needed each other.

Mercer got on top of Danni and pinned her down.

She loved how powerful he was.

She wanted him to consume her, take her in the darkness without a word.

Instead of entering her, Mercer kissed down her stomach and spread Danni’s legs.

His mouth found her wet pussy.

He ran his tongue up her slit.

He found her clit and worked her with his tongue.

She ran her hands through this hair and pushed him harder into her.

When she could take no more, he came back up her body and pushed his thick rod into her.

She wrapped her legs around him buried her face between his neck and shoulder as he pumped her over and over.

Their bodies became one, each thrust sending waves of pleasure through them until they couldn’t help themselves, their control over the rhythm was getting lost in the ecstasy.

Soon Mercer was slamming in her fast and hard, bringing them both to the breaking point.

Afterward, they laid quietly in the dark, with his arm around her, and her head against his muscular chest.

Her hand ran up his tight stomach, and like every other night, her fingers found the long scar that ran from his waist around his side, stopping just short of his arm pit.

She knew his past had been violent, and he had brought violence to her when Tank, the former Black Ice president, had followed Mercer back to Tennessee.

Danni wondered how much more violence waited in their future.

“Make me a promise,” she said.

“I know you’re going to have a lot of work to do when we get to Rawlins, but let’s keep some time for us.

We’re just getting started together.

I want to keep up the momentum we’ve built.”

I can’t wait to show you around.

You’re going to love it there.”

Mercer kissed her and tightened his arm around her.

He fell asleep a few minutes later, but Danni couldn’t sleep for a while.

She stared off into the dark room, hoping what he said was true.

Danni let out an enthusiastic whoop as they rode past a sign letting them know they had now entered Rawlins, Montana.

It had been a long ride, with the air getting colder around them as they made their way north.

She marveled at the snowcapped mountains and the expansive forest around them.

Their hometown was a small place in a rural setting, but it was nothing like this new place.

The sun broke through the clouds and some of Danni’s worries burned away.

All of Rawlings looked like it was made of pine.

As they got further into town, more houses lined the road, then gave way to little shops.

They rode through the center of town, past a large courthouse and police station.

An older man in uniform peered at them behind mirrored sunglasses.

Mercer waved to him, but the man stayed stone- faced and motionless.