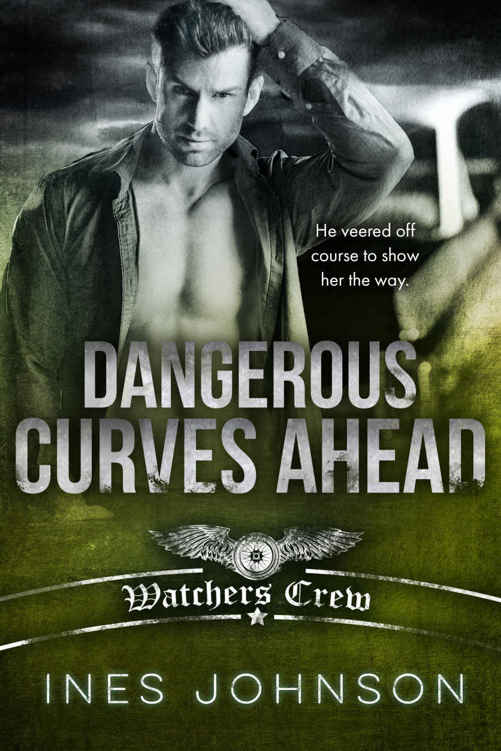 This is a work of fiction. Names, characters, places, and incidents are the product of the author's imagination or are used fictitiously, and any resemblance to actual persons, living or dead, business establishments, events, or locales is entirely coincidental.

All rights reserved. No part of this book may be reproduced, stored in a retrieval system, or transmitted in any form, or by any means, electronic, mechanical, photocopying, recording, or otherwise, without prior permission of the author.

Sign up for the Newsletter and be the first to know about new releases, giveaways and bonus material. Just visit my website at
ineswrites.com
to get on board.

Or you can sign up directly by typing in
http://bit.ly/InesErotica
.

The tapping of raindrops on the window was intermittent; sometimes a steady pitter-patter, then in the next minute, a reluctant deluge. The thick droplets dried up immediately after impact when they hit the glass pane. The disappearing act was likely due to the brilliant sun shining above.
It was the kind of day my grandfather would’ve called God weeping for mankind. It was the kind of day my father would’ve called God pissing on mankind. In my opinion it was a great day.

The winter was over. I was out of the knits and sweaters that added bulk to my curvy frame. Today, I was in one of my favorite sundresses. Sundresses allowed me to come out of my shell and show off my best assets; my calves and shoulders. Though most of the time, the male gaze stayed focused on the double D’s on my chest.

I sat in a pretty floral dress, my wedged heels crossed at my ankles. My toenails were done in a fun design that matched my fingernails, which also matched the ribbon I’d tied in my hair, which also complimented the floral earrings dangling from my lobes. Because I was never comfortable showing too much skin, I may have been prone to over-accessorizing.

I wasn’t a flashy person. Though I did often use my clothing to reflect my mood. And today, I felt a rainbow of optimism on the horizon.

Also on the horizon, across the street in an office building, I spied a man in a business suit and a woman in a blouse and skirt making out. The man had the woman pressed up against the closed door. My eyes widened as his hands went up her shirt.

From this distance, I saw the divot of her belly button. I’d seen any number of belly buttons in my lifetime; on the beach, in the girl’s locker room, walking down the street on a Saturday night. But in this context, there was something wicked about it.

I wasn’t wicked. I was a good girl. But I couldn’t look away.

The man’s palm traveled under her blouse up higher and higher on her torso. My eyes kept in step with his fingers. My hand clutched at my chest at the sight of her bra; lacy and fire-engine red. He pulled the bra cup down and exposed her nipple. The contrast to the red lace and the pink areola was stark.

A crack of thunder split the air, darkening the skies and scattering the raindrops. The two broke apart. They looked out the window, up at the darkening sky. At the same time, I jumped in my seat. I averted my gaze, doubtful they saw me.

I pressed a hand to my cheeks to feel them flaming. Then reached down to finger the rosary beads at my heart. The texture of the beads calmed me. When I looked up, the couple was gone. The office was empty.

I took a deep breath and turned from the window. Glancing up at the utilitarian wall clock, I noted that my appointment should’ve started fifteen minutes ago.

My fifth book in Hera Publishing’s inspirational romance line had just reached into the top 10,000 on Amazon. There were over a million books available for sale at the online retailer. That was a big deal for an inspirational author like me who ended each book with the hero and heroine approaching first base. It proved that readers wanted more of my self-assured heroines who met their heroes inside church groups instead of the stepbrother down the hall or the werewolf who threw her over his shoulder.

My first series,
Righteous Calling
, was comprised of twenty-something, career women who returned to their small towns, and then back to their roots in church, to reconnect with their Creator. Along the way, they each found love amidst the pews. I sat in my editor’s office waiting to pitch my next series.

The series I hoped to write next was called
Tender Kisses
. For this series, I planned to go with the tide of the market and write new adult characters. These love stories would be about Christians meeting at Bible college. I was also debating pitching a future series called
Love’s Calling
about missionaries finding romance while abroad.

I wasn’t making a killing selling sweet romances, but they paid the bills. It was enough so that I didn’t have to rely on my parents for money. My mother would love nothing more than to have me back home. That was the last thing I wanted; being the buffer in my parents’ marriage.
Til death do us part
was less a vow and more a threat in my parents’ case.

The pitter-patter of the rain died down, and I heard the striking of heels across the floor. Moira Young walked into her office in fire-red stilettos and a black designer pantsuit that fit her size six waist like a glove. Her face looked professionally made up as though she’d walked off a high-fashion shoot. Her lip-gloss was perfect for her dark skin tone. She could’ve been Tyra Bank’s more attractive sister. Sitting in my flower dress and hair bows, I felt like anything but
America’s Next Top Model
.

I sucked in my size twelve gut which caused my double D’s to rise. I’d managed eyeliner and gloss, but that was the extent of my makeup collection. Most of my advance and royalties went to my closet, which I used to hide my chubby flaws.

Moira had taken over the publishing house after my third book had been published. My last editor had left, gone off to a big New York publishing house. She’d taken a few authors with her. I hadn’t been included.

But that was fine. I was loyal to Hera Publishing. This company had given me my first break. I planned to stay with them for the long haul.

I forced a smile. I hated when people truncated my name. But I wanted to start this meeting off on a positive note.

Moira looked up at me with a thousand-watt smile that didn’t reach her smoke-lined eyes.

“I’m excited to talk about your future with the company,” she said in an even tone.

Her even tone didn’t alarm me. Moira never spoke in exclamation points. Only periods and semi-colons.

“We’re making some changes,” Moira continued, glazing over my expression. “You’re a valued author for Hera Publishing. You have a loyal, but small following.”