Cells resembling cages rise in tiers. Prisoners chant and bang against the bars as the bound GRINDELWALD is transported upstairs, suspended magically in midair.

A hearse-like black carriage, drawn by eight Thestrals, waits. AURORS 1 & 2 climb into the driver’s seat, the rest force GRINDELWALD inside.

Do not underestimate him.

Mr. Spielman, we found his wand hidden away.

He hands over a black rectangular box.

And we found this.

He holds a vial of some glowing gold substance in the palm of his hand. SPIELMAN reaches for the vial, which hangs on a chain, and after a moment of hesitation, ABERNATHY
releases it.

Inside the carriage, GRINDELWALD raises his eyes to the roof as the vial is passed to SPIELMAN.

SPIELMAN climbs into the carriage. AUROR 1 driving, AUROR 2 beside him. The door closes. A series of padlocks emerges from the carriage doors. An ominous drumroll of clicks
as padlocks fasten themselves in place.

The Thestrals take off.

The carriage plummets, then soars away through torrential rain. More AURORS follow on broomsticks.

ABERNATHY steps forward, holding the Elder Wand. He looks up at the carriage, growing ever smaller. He Disapparates.

The underside of the carriage. ABERNATHY Apparates, clinging to the wheel shaft.

SPIELMAN holds up the vial, dangling from its chain.

But GRINDELWALD is transforming . . .

ABERNATHY adjusts his grip underneath the carriage. His face too is changing. His hair is turning blond and lengthening . . . he is GRINDELWALD. He raises
the Elder Wand.

GRINDELWALD’S rapid transformation into a tongueless ABERNATHY is almost complete.

Now fully transformed, GRINDELWALD Disapparates from the underside of the carriage . . .

. . . and Apparates next to the driver’s seat, where he is spotted by AURORS 1 & 2. GRINDELWALD points his wand at the carriage reins, turning the black ropes
into living snakes that ensnare AUROR 1 so he falls from the carriage, back through the night sky, past the broomstick riders.

GRINDELWALD casts another spell so the black ropes of the reins bind AUROR 2 like a chrysalis, launching him forward in the air, then slingshotting him back to knock AURORS
3 & 4 from the rear of the Thestral-drawn carriage. They fall away into darkness. 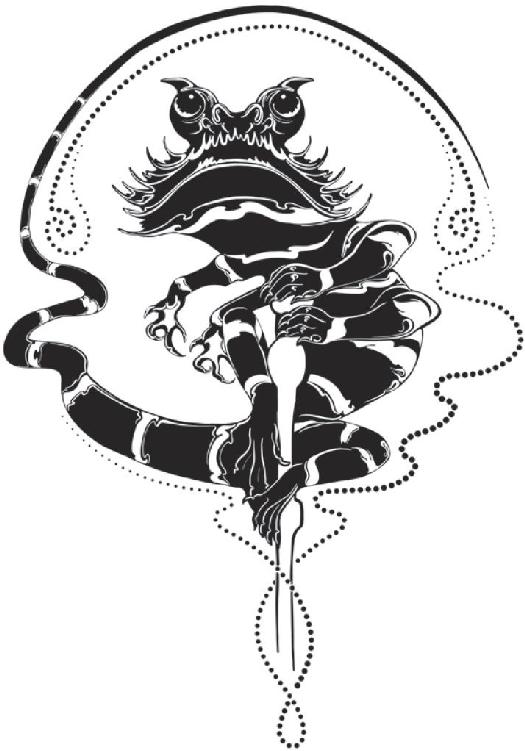 All wands reverse their direction to jab dangerously at the necks of SPIELMAN and the two remaining AURORS. SPIELMAN watches as his wand melts into dust.

The carriage rocks dangerously, both doors open. As GRINDELWALD’S head appears at the window, the panicking SPIELMAN opens the wand box on his lap. The Chupacabra
leaps out and sinks its fangs deep into SPIELMAN’S neck. He wrestles it. The vial falls to the floor.

GRINDELWALD drives the carriage down onto the Hudson River, chased by the AURORS on broomsticks. The carriage wheels graze the surface of the water. The broomstick riders
are catching up.

GRINDELWALD touches the Elder Wand to the river and at once the inside of the carriage begins to fill with water.

He lifts the carriage back up into the air.