Read From Pack to Pride Online

From Pack to Pride 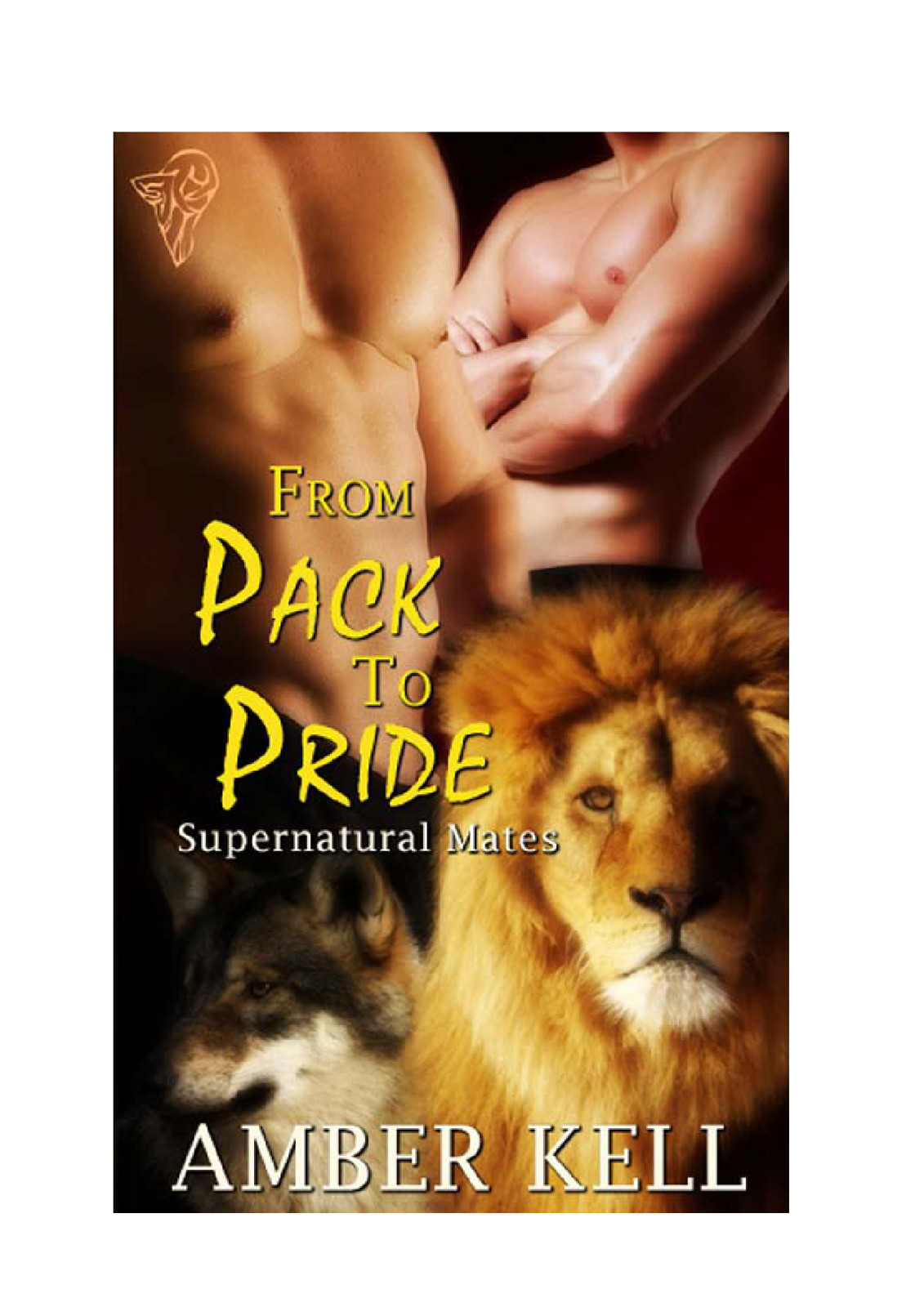 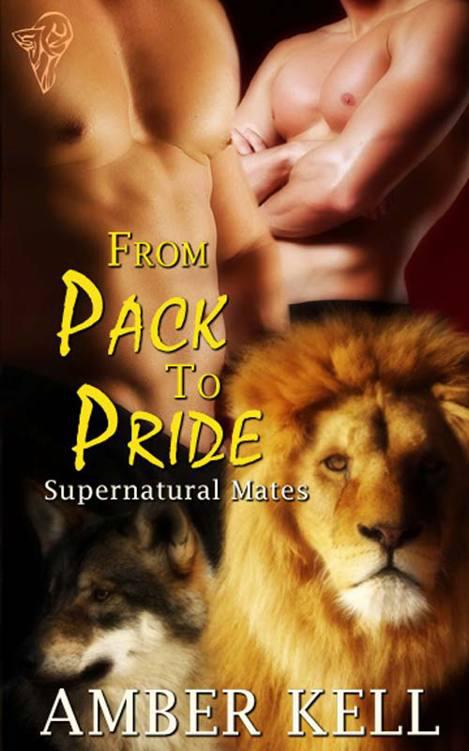 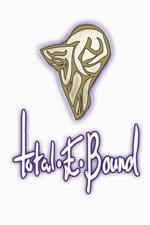 From Pack to Pride

Warning:
This book contains sexually explicit content which is only suitable for mature readers. This story has been rated
Total-e-burning.

For my fans who encourage me to keep writing.

“I can’t believe you did that.” Adrian stared at his brother as if he’d never seen him before. He looked around Kade’s office, his head spinning as he absorbed this sudden shift in reality.

Nothing was out of place in the masculine wood panelled room. Same soft throw rugs, same desk their father had used before Kade. No changes because his brother was a fanatic about traditions. Traditions he was breaking by sending his wolf shifter brother to go live with the lions.

Maybe he fell asleep after his heavy meal and he was dreaming. Yes, that must be it.

Surely his brother wouldn’t sell him off to a bunch of fur balls. He could see maybe another canine pack, wolves or coyoteshell, he’d even take the group of dog shifters that lived in the alley behind the ice cream shop downtown.

He was in hell.

Adrian examined Kade carefully hoping to see some external sign that his brother and alpha had completely lost his fucking mind.

His day had started out so marvellously too with a nice run with his fellow pack mates that resulted in taking down a wounded deer. He couldn’t think of a nicer way to start the day.

Now his evil brother had ruined it.

“What? It makes perfect sense.” Kade looked innocently back at him. A look the powerful alpha wolf totally couldn’t pull off.

“You sold me to the pussycats!”

“You’re exaggerating,” Kade protested. “I made a peace agreement between two packs.”

“Well Mr. Peacekeeper. Lions packs are called prides,” Adrian sneered. “If you’re going to sell me out at least know something about the creatures you’re sacrificing me to.”

“Sacrificing is such a strong word,” Kade said with an infuriating smile.

As usual the alpha mate was dressed in a pair of paint splattered denim capris and a loose white smock top. Adrian always thought of that outfit as her work uniform. As an artist Helen almost always wore some version of the same outfit. She said in order to create she had to be comfortable. Before she mated with Kade she used to work in the nude, but the protective alpha had put an end to that practice. A fact she complained about daily just to give Kade a hard time.

“Brain trust here made a pact to give me to the lion pride in exchange for peace between the lions and the wolves.”

“Have some respect for your alpha,” Helen snapped. Her golden brows formed a frown on her smooth forehead as she looked from brother to brother.

Kade flashed him a smug smile. The impact was lost when his mate smacked him across the back of the head.

“What were you thinking?” Helen demanded.

“I was thinking I could get my brother out of danger and find him a mate to protect him from Olson. That wolf has it in for you, bro. He won’t be happy until you’re belly up beneath his fangs.”

“I can take care of myself,” Adrian said through gritted teeth. “I do know some self-defence.”

“Olson is twice your size and three times as vicious,” Kade said. “I’m not going to stand by and let that bastard rip you apart. After you turn twenty-five, pack rules say you’ll have to fight him if he challenges you and there will be nothing I can do.
Nothing
. Next week you turn twenty-five! If I get you out of here before then, he can’t challenge you.”

“Oddly enough I know both the pack rules and when I turn twenty-five. I can take this guy,” Adrian insisted.

“He’s right, Adrian,” Helen said. “I might not agree with my wonderful husband’s technique, but I have to admit I am worried about Olson. Besides, the lion alpha is completely gorgeous,” she added with a wicked smile.

“I know, honey.” Helen patted his chest, but her eyes were focused on Adrian. “I know it will be hard being away from the pack, but your brother made this pact out of love and concern for you.” She turned back to her mate. “What exactly was your agreement?”

“That I would give them Adrian and in exchange Adrian would be able to mate with the lion of his choice, barring previous mating agreements between lions.”

“What, didn’t they reach their quota of lion/wolf hybrid freaks? What would you call that combination anyway? Liowolf? Wolfli?” Adrian asked.

“You did tell them Adrian is gay, didn’t you?” Helen interrupted. “I mean you wouldn’t really sell your brother as a stud wolf or something. I might be only human here, but that’s all kinds of wrong.”

“Hah,” Adrian said, pointing a finger at Kade. “At least you had the good sense to pick a reasonable mate. Couldn’t you at least send me to some other wolves?”

“My reasonable mate can stay out of this,” Kade growled.

Adrian could see his brother was reaching the end of his limited patience. The fangs were starting to come out, literally.

“As much as I’m enjoying the tarring and feathering process, I would appreciate a moment to defend myself. First, I did explain that my brother was gay and apparently that was a selling point. They are looking for a companion for their alpha who is also gay, but having problems finding a mate. After giving them the entire catalogue of pack members, the alpha insisted on Adrian. I saw a chance to save my little brother from Olson and took it.

Sorry if that makes me the bad guy. Second, I only agreed if they promised to let Adrian leave in six months if he was unhappy or didn’t find his mate. Since you are gay I think we can rule out the wolf/lion mutant hybrids you’re so anxious to create. Any questions?”

“Nope. Not for me,” Helen said, turning to her brother-in-law, “Adrian?” Adrian sighed. “Fine. You’re the best brother ever. I’ll go play nice-nice with the kitties.

Maybe I’ll bring a basket of yarn and some radio controlled mice as an offering.” At least there was time limit on this thing. He’d rather go feral and live life as a wolf than stay with the damn kitties forever. Snooty cats didn’t know anything about having a good howl.

Kade rolled his eyes and was about to speak when knocking on his office door interrupted him.

Adrian sniffed the air, letting out a low growl.

“Behave, Adrian. Pack your bags and go play with the big kitties. Shifters need to start banding together if we’re going to survive against the humans.” Adrian nodded, biting back the comments he yearned to make. His brother was right about that at least. Humans were starting to encroach on pack and pride lands. It benefitted everyone if shifters learned to work together instead of tying up their resources fighting over territory disputes. Even though Adrian knew he could handle Olson, he didn’t want to cause his brother any further problems.

It was hard enough being the alpha of a large pack; Kade didn’t need the added burden of his gay brother causing difficulties. As much as it hurt to leave his family behind, Adrian was willing to give the lions a try. He wasn’t finding a mate among the wolves. Maybe it was time for him to expand his horizons. Besides it wasn’t that he hated cats, he just didn’t understand them. Not to mention the lions were known to be particularly vicious.

Adrian decided to look at it as if he was going on a vacation. He’d just finished a large project and could use some time away. When he got back, he’d start circulating to the other wolf packs. A gay wolf wasn’t unheard of, you just had to find a pack that didn’t rip them open and leave them for the vultures.

Pleased with his plan, Adrian gave his brother a reassuring smile knowing it would freak Kade out more than any amount arguing.

With a cautioning glance at Adrian, Helen opened the door. “Good evening, Olson.”

Olson’s voice was properly respectful, but Adrian knew he would rip out her jugular in a second if he thought it would get him one step closer to the alpha position.

The shifter walked into the room, stopping when he saw Adrian. His eyes glowed a bright yellow as his wolf peeked out from behind his polite human façade. After a moment of staring, he gave Adrian a stiff nod. Adrian had to admire the other man’s control even as he disliked him.

Olson was biding his time, but Adrian had seen that look before when pack members were culling the weakest animal in the herd. The older wolf wanted him dead and Olson wouldn’t be too particular about how it happened.

“Evening, Olson,” Adrian said. He made sure to look Olson straight in the eyes, knowing it would make Olson want to slash Adrian open with his bare claws.

Pleased with his night’s work Adrian left the room with a spring in his step. A bounce he quickly lost as he realised he was leaving behind everything he’d ever known to go live with a bunch of cats.

“I bet they get fur balls,” he said, morosely.

Talan sprawled on his massive couch staring at the picture in his hand. His eyes faithfully traced the glossy black hair and piercing green eyes of the man in the photo.

Due Process by Jane Finch
First Ladies by Caroli, Betty
Clarissa Harlowe; or the history of a young lady — Volume 6 by Samuel Richardson
The Orchid House by Lucinda Riley
Kendra Kandlestar and the Box of Whispers by Lee Edward Födi
Young Annabelle Series: Young Annabelle, the Truth About James, What My Heart Wants by Sarah Tork
Dragon Rule by E. E. Knight
Blood Brothers by Ernst Haffner
1512298433 (R) by Marquita Valentine
Fire and Rain by Lowell, Elizabeth