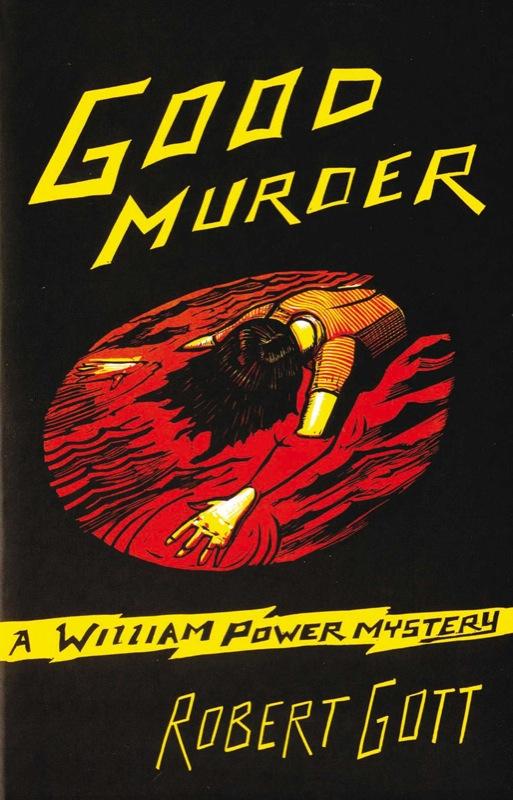 Robert Gott was born in the small Queensland town of Maryborough in 1957. He has published many books for children, and is also the creator of the newspaper cartoon
The Adventures of Naked Man
. He lives in Melbourne. This is his first novel for adults.

For my parents, Maurene and Kevin Gott, who raised a family in love with words, and for Ed and Sheila Rooney, who provided generous access to their phenomenal memories.

All rights reserved. Without limiting the rights under copyright reserved above, no part of this publication may be reproduced, stored in or introduced into a retrieval system, or transmitted, in any form or by any means (electronic, mechanical, photocopying, recording or otherwise) without the prior written permission of the publisher of this book.

This is entirely a work of fiction. All of the characters are products of the author’s imagination, and they bear no relation to anyone, living or dead. Only the streets they walk down are real.

Look round about the wicked streets of Rome
And when thou find’st a man that’s like thyself,
Good Murder, stab him; he’s a murderer.

THE WATER TOWER IN MARYBOROUGH
sat on the corner of Adelaide and Anne Streets. It held one million gallons of water and, for two weeks in August 1942, it also held the body of a 24-year-old woman named Polly Drummond. Afterwards it was impossible not to be appalled by the realisation that each time we drank a cup of tea we were imbibing Polly Drummond, and that each time we took a bath we were splashing ourselves with Polly Drummond. As she slowly dissolved up there, bloating and exuding the corrupt gases and liquids of the dead, we in the town strained her through our teeth, gargled her, washed our hair with her, and imbedded her in the very clothes we wore.

I was among the gawkers who gathered at the bottom of the tower when word was passed around that her body had been found. My interest was not entirely voyeuristic. I was, after all, the main suspect in her murder.

She had been discovered by two city council workers who had climbed the 52 feet to the top of the tower to fix a faulty indicator. They knew immediately who it was floating face down in that reservoir. The
Maryborough Chronicle
had been publishing almost daily accounts of the search for the missing woman. In a small town like Maryborough, everyone knew Polly Drummond, and everyone had a theory about what had happened to her. Many of those theories featured me.

Getting Polly out of the tower and down to the ground was no easy task. I can understand the reluctance of those helping to simply sling the body across the shoulder and climb down. Eventually, using a block and tackle, Polly’s body was clumsily lowered to terra firma. This took more than two hours, and by this time most onlookers had given up and gone home. I hung well back, in the grounds of the Christian Brothers school opposite. There was no one from Polly’s family to accompany the body to the morgue. Her brother, who I knew slightly, had himself died two days previously, and her mother was barking mad. I did not believe my presence would arouse anything more than further suspicion. Under cover of the gathering darkness I walked back to the hotel where my company and I were staying.

There was a war on, don’t forget, and I was doing my bit. That’s why we were up there, in Maryborough. The William Power Players were boosting morale all over rural Queensland by bringing Shakespeare to the barbarians. We had played Gympie before coming to Maryborough. It had not gone well, to be perfectly honest. We had underestimated their readiness for a daring tilt at
Troilus and Cressida
. It was an artistic triumph for those with eyes to see and a heart to feel, but Gympie was a bit light on in those departments. It didn’t help that the crowd had been agitated by the news that there had been heavy losses in the Solomon Islands and that the Germans were advancing rapidly on Stalingrad. The progress of the war often had a detrimental effect upon how our performances were received. Only a handful of people turned up for the second night’s performance. Gympie is a small pond, and I had overestimated the population of pond life that might wish to drag itself out of the slime for one evening. We decided to move on to Maryborough and mount a challenging new take on
Titus Andronicus
.

Despite Annie Hudson’s frequent suggestion that, in view of its personnel, playing a scene with the Power Players was like working in a field hospital, we were a professional outfit. Everybody had been connected in some way with the business before the war. Theatre was in our blood, no matter how small or large our parts had been. Tibald Canty, to choose just one of the troupe — the largest one, as it happens — had had quite a successful career in radio, although his real love was the kitchen, and he had trained under some of the best chefs in Europe. Unfortunately he couldn’t appear as his character when it was mooted to put his radio show on the stage. Listeners thought he was a 25-year-old dentist, lean and smouldering, with coal-black hair and crisp blue eyes. The sight of a 40-year-old obese man with thinning, dirty yellow hair was considered too disillusioning, even in the early days of the war. He was replaced on stage, and afterwards his replacement slipped into his radio part, too. That freed him up to join my company.

In 1942, I was in my prime. I was a serious actor. Whether I was a great actor is for others to judge. I have learned, though, to take the judgements of others with a grain of salt. I have presence. I can hold the stage. I can drag an audience to its feet with the lift of an eyebrow. I have elegant eyebrows, shaped by nature, not by tweezers. I looked like Tyrone Power (no relation) only finer, not so swarthy, higher-browed, bluer-eyed.

When the Power Players arrived in Maryborough, the war was going badly. American soldiers were everywhere down south and causing trouble. A man named Leonski had been charged with the brownout murders in Melbourne. He’d strangled three women and was going to hang. We all talked about it, and I thought the time was right to do a Grand Guignol piece of our own devising about the wickedness of human nature. The mass murderer would be a Eurasian with impeccable credentials. He wouldn’t be unmasked until the final scene when we learned that his mother was Japanese and his father was German. No-one in the troupe thought it was a very good idea. Annie Hudson, who I thought might jump at the chance to play three different victims in the one piece, said it was a particularly lousy idea. I suspected she realised that it was outside her range.

The Power Players travelled everywhere by truck. We had been allocated fifteen thousand miles annually for travel, and we had to be careful not to exceed them. With theatrical runs that were much shorter than expected we found ourselves on the move a great deal, and it’s surprising how quickly we ate up those miles. Strictly speaking, it was Annie’s truck. She’d paid for it with the money she’d made from her advertisements, and she’d made quite a few. They were print advertisements, mostly, and drew on her resemblance to Greer Garson — a rather low-rent version of Greer Garson, but she certainly resembled her. She’d also done a couple of radio spots. You only had to ask her and she’d tell you all about it. In 1942 she peered out at you from every magazine and newspaper you picked up. She was Connie, the bad-breath girl in the Colgate advertisement. There she was, looking all wide-eyed and lonely in the first frame and saying, ‘I’d like to go places and do things.’ That would be OK, she is advised, ‘but first check up on your breath’. All it takes to turn poor Connie into a social success is a quick brush with Colgate Dental Cream. I’m in that ad, too, in the last frame where Connie is pictured smiling at two tuxedoed admirers, apparently breathing in the mint-masked effluvium from Connie’s mouth. I’m the one with his back to the camera. The moron who managed to get his face shown gave the photographer a blowjob. There are some things I won’t do. It’s a matter of class.