Tags: #an ER Nurse and an orphaned boy flee danger and must work together to survive., #A wounded FBI agent 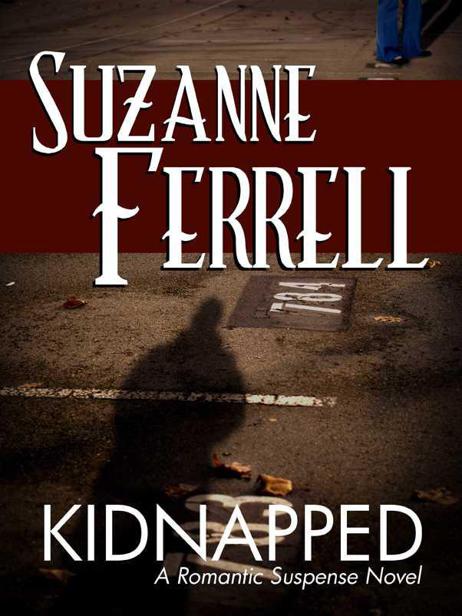 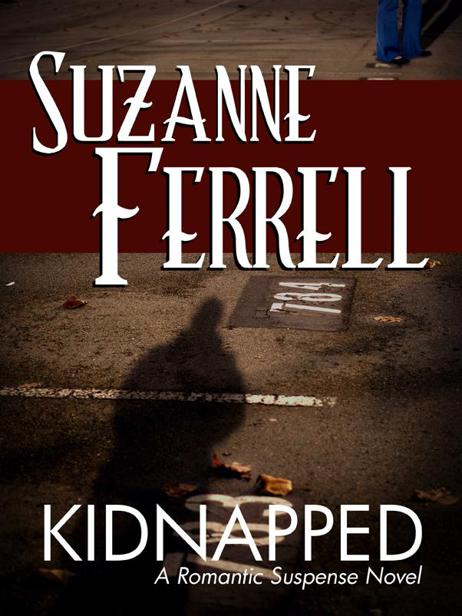 This book and parts thereof may not be reproduced in any form, stored in a retrieval system, or transmitted in any form by any means—electronic, mechanical, photocopying, or otherwise—without prior written permission of the author and publisher, except as provided by the United States of America copyright law. The only exception is by a reviewer who may quote short excerpts in a review.

In the dark night the fluorescent emergency room lights called to the injured and sick like a lighthouse beacon on a stormy shore. The promise of medical aide lay one hundred yards away. It might as well be a thousand.

A cutting wind whipped around the cars in the deserted parking lot, blowing late autumn leaves past Jake’s feet. Winter intended to visit Columbus, Ohio early this year. Two more weeks and Thanksgiving would arrive. Jake doubted he’d be around to give thanks for anything.

But for now the cold worked to his advantage. The security guards stuck close to the hospital entrances. Not one patrol passed where he and his witness sat hidden between two pickup trucks.

A soft moan drew his attention to the boy resting against the car beside him. Nicky was fading quickly. Jake pulled the blanket tighter around the boy’s small frame, trying to protect him from the wind. The Kreshnin brothers had done a job on the kid. They’d sliced him like day old bread. Only God knew what other invisible damage they’d done.

If he’d been earlier, even an hour, none of this would have happened. The minute he knew his case hinged on Nicky’s testimony, he should’ve gotten him out of there.

From the amount of blood soaking his shirt, if the bleeding wasn't stopped soon, the kid would die. If Jake took him inside the emergency room, someone would report his injuries to the police, then he’d die for sure.

The light flashed out deeper into the night. Jake jerked around in time to see a woman exit the hospital emergency room, waving to those behind her. His sudden movement cost him dearly. Pain seared from the bullet wound in his shoulder down his back and arm.

Through bleary eyes, he watched the woman swing a bag over her shoulder. The fluorescent parking lot light flashed on her dark hair, which she had pulled back off her face, as she passed beneath it. To ward off the night’s chilling wind, she pulled her scrub jacket closed and headed out into the deserted parking lot--straight for Jake and his companion.

Please let her be a medical person and not housekeeping. Nothing else has gone right tonight, just let her be a nurse or doctor.

With a downward motion of his open hand, Jake signaled Nicky to stay put and to remain silent. Though pain dulled his eyes, the boy motioned he understood.

Jake scooted into the shadows behind the car. Silently, he zigzagged his way behind the unsuspecting woman. When she paused two rows away from where he'd left the boy, Jake made his move.

She pressed the electronic key to unlock her door.

He slammed into her, pushing her into the side of her Suburban. In one quick move, his left hand covered her mouth while his other hand grabbed her keys.

Without warning, her head reared back and connected with the bullet wound in his shoulder.

“Damn,” he hissed, pressing her harder into the metal car frame. He hadn’t expected her to fight back.

The woman sank her teeth into the heel of his hand, tearing the callused flesh there. Instinctively, Jake pressed his other hand over her windpipe, just long enough for her to lose consciousness and slump against him. Then he opened the door, gently laying her on the floor. A frustrated grunt escaped him.

For years he’d relied only on himself to get out of situations. Now, the one time he couldn’t figure out a way to fix things on his own, his intended help puts up a fight.

He hadn’t meant to render her unconscious, only subdue her long enough to get to a safe place and have her patch up Nicky. Tonight had turned into a series of choices. A combative conscious captive or a useless, unconscious one was just one more.

He searched the car, finding an old pair of pantyhose among the pile of compact discs, books, Tupperware and shoes. It took him a minute with his nearly useless left arm, but he managed to tie her hands behind her. As an added precaution, he stuffed a crumpled baseball cap into her mouth. In her pocket he found a roll of hospital tape to secure the gag.

He stared down at her for a moment. Her pale face was half hidden by the dark brown hairs that had escaped her braid during their struggle. With a gentle touch, he brushed them aside. Dark circles lay beneath dark lashes. She wasn’t a big woman, probably about a hundred and thirty pounds, about five and a half feet tall. He rubbed his shoulder. His hand started to throb. Bruising had already started and two spots oozed blood where her teeth had broken the skin. For such a small woman, she sure could put up a fight.

One more disaster for this night. This keeps up and he might as well turn himself over to the hit squad.

He wiped the blood from his hand onto his shirt tail, then hurried to where he left Nicky. Gathering the boy against him, he half carried, half dragged him to the car. His two passengers safely inside, Jake climbed behind the steering wheel. Searching through the woman's things again, he located her driver’s license.

Jake sighed in relief. Finally, something went his way.

That far beyond the city, her home sat squarely in the center of suburbia, but only thirty minutes drive from the heart of downtown at this time of night. If the woman lived alone, his luck might improve. He flipped through her wallet, past her credit cards and the picture of one small, dark-haired girl. He paused, then glanced around the truck. No hair barrettes, no dolls, not one sign that the little girl rode in this car. He looked at her hand. No wedding band, no tan line indicating she’d recently worn one either. No picture of a man in her wallet.

He relaxed slightly, then searched further in her wallet where he found the other thing he needed--a nurse's license.

Samantha was a registered nurse.

Classic rock blared from the radio when he started the engine. He liked the woman’s taste in music. He put the car in gear, heading to Samantha Edgars’ home.

He reached across the front seat and stroked Nicky’s head to reassure himself as much as the little boy. "Nicky, hang on for a little while, man. We just might make it through this yet.”

Something was in her mouth. Sami’s tongue slid along the edges of something plastic. Flat, low ridges, holes--an adjustable strap. A baseball cap? Another taste. Hair spray. Gross. Someone had stuffed her baseball cap in her mouth, and from the feel of it they had taped it in place. Her arms were tied behind her and she lay face down on the floor--of what? Her car. The carpeting scraped her cheek every time they hit a bump.

Panic flooded Sami's senses. She came instantly awake. Inhaling deeply through her nose, she willed herself to calm down. Her working motto flashed through her brain, panic never accomplished anything. Of course she had never been kidnapped and tied up before.

In the dim light of passing cars, she glimpsed things--paper gum wrappers, an old straw, one whopper wrapper, a CD cover.

That’s where Sting went. Been looking for that for days. Man did she need to vacuum this car out.

A metallic scent hit her nose. She’d recognize that smell until the day she died. Blood. And by the odor, someone had lost a great deal of it.

Panic welled inside her again. This time too much to dismiss. Her heart raced.
Breathe, dammit!
She couldn’t. Oh God, who was this guy? Why did he pick her? Why hadn’t she begged to stay and finish the shift, even if it was a slow night?

Calm down, Samantha. Think about something peaceful. You can’t do anything right now. Maybe there’s a simple explanation.

Get real. Nothing simple could explain away that much blood loss. She’d learned that the first time she’d stood by a gurney and watched her trauma victim’s blood drip off the side to pool around her feet.

Even though she didn’t do more than work, sleep and work some more, it was still her life. As much as she’d hated almost every waking moment since Aimee’s death, she suddenly realized she wasn’t ready to die. Not tonight. Certainly not like this.

A deep sigh bubbled out of her. Since the air rushed out her nose instead of her mouth, it sounded more like a snort. She scrunched her eyes and ignored the suddenly schizophrenic voices in her head.

She refused to panic. So far the only damage done was to her dignity. If she kept her wits about her, maybe she could escape. Isn’t that what her brother had preached to her for years? They’d covered all the bases, from car-jackings, to floods, tornadoes and any other natural disaster. In a crisis situation, remain calm and watch for an opportunity to act.

That same out of body experience she felt during an emergency flowed over her, allowing her to see the entire situation, and act accordingly. When everyone around her flew at break neck speed on an Adrenaline rush, Sami remained peacefully calm and organized.

Her body slumped into the carpeting. Quietly, she listened to the rhythm of the wheels beneath the floor. After a few minutes she almost fell asleep. Her near exhaustion, after working forty-eight of the last ninety-six hours, coupled with the mental and physical energy needed to fight her building hysteria, lulled her mind from the very real danger around her.

The car slowed, turned, then stopped.

"Damn, where does she keep the garage door opener?” the man in the driver's seat muttered. A chill crept up Sami's spine. That same deep baritone had rumbled over her ear earlier, just before something squeezed her throat and the lights went out.

A test swallow confirmed her tender throat. He'd cut off her air supply. This guy wasn’t above controlling her by physical force.

A snap sounded above her head. Damn! He'd found the door opener's hiding place between the seats. A few minutes later, the Chevy inched forward. Motion sensor lights flooded the garage in a yellowish hue, casting eerie shadows inside the car. Sami thought she heard a moan. Then the garage door closed.