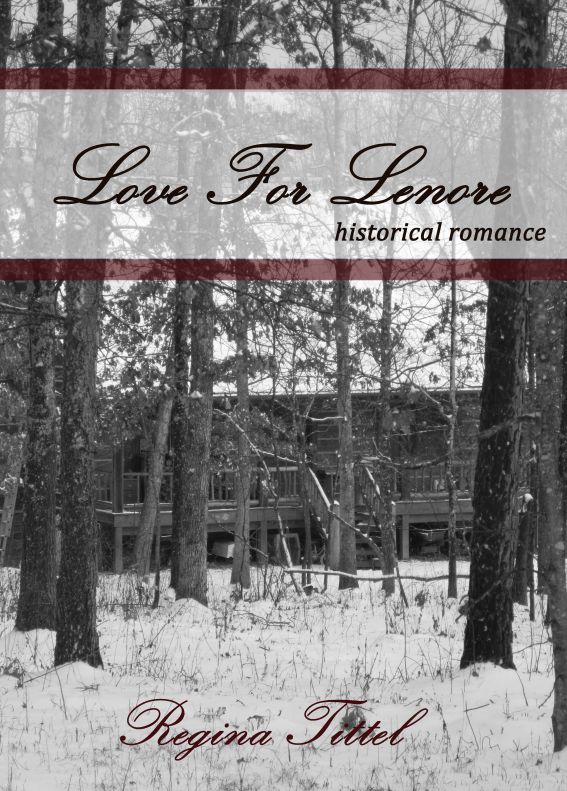 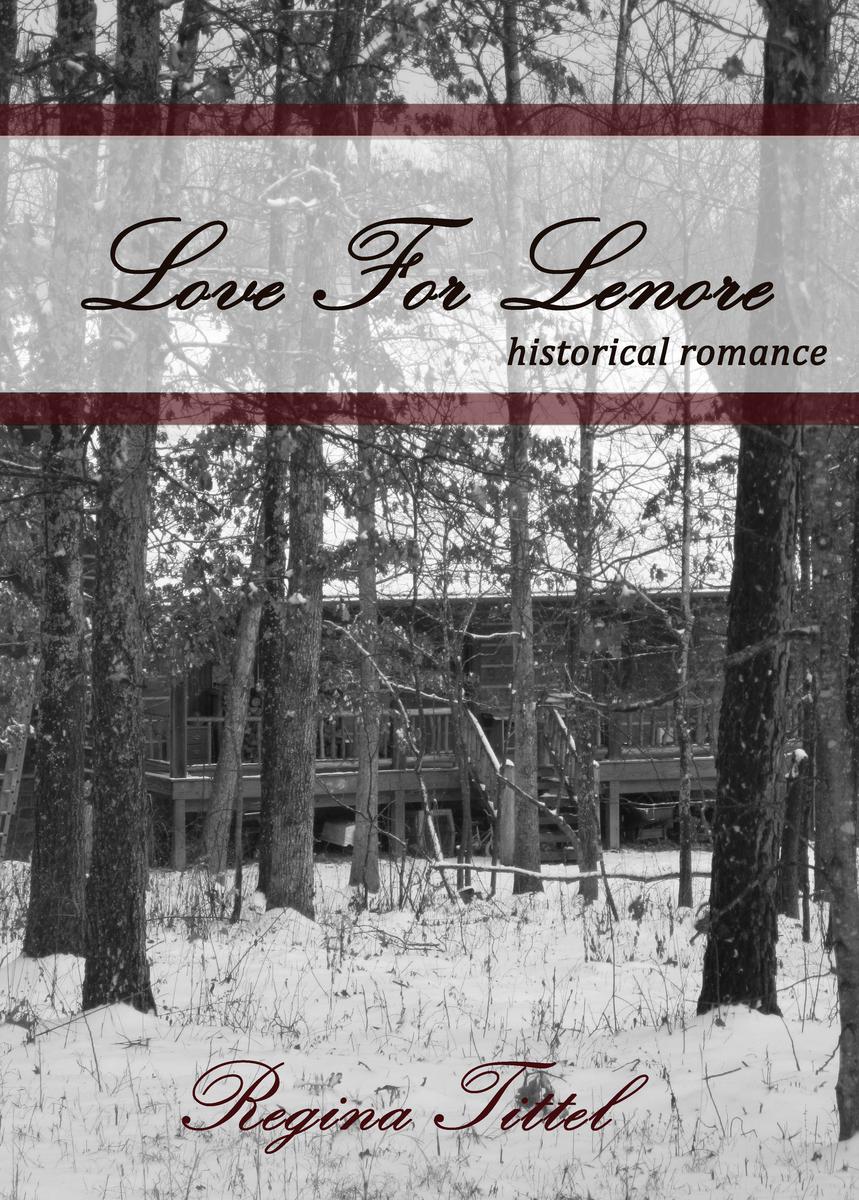 vol. 1 of The Ozark Durham
Series

vol. 2 of The Ozark Durham
Series

vol. 3 of The Ozark Durham
Series

Vol. 4 of The Ozark Durham
Series

This ebook
is licensed for your personal enjoyment only. This ebook may not be
re-sold or given away to other people. If you would like to share
this book with another person, please purchase an additional copy
for each reader. If you’re reading this book and did not purchase
it, or it was not purchased for your use only, then please return
to Smashwords.com and purchase your own copy. Thank you for
respecting the hard work of this author.

All Scripture quotations are taken
from the King James Version.

Lenore Wakesmith braced herself inside
the covered wagon with her small brother held tightly against her
side. The snow-covered pass tested her very core. Thus far, its
trials had not been able to penetrate the strong bond she witnessed
between her father and step-mother, but her own eighteen years of
experience had begun to doubt the wisdom of their
decision.

On their last stop, Father had fallen
and injured his hip, her step-mother was fighting a cold and the
weather had only proven worse. Lenore glanced at the figure of her
half-brother now slumped against her deep in sleep. At least he
didn't seem effected by the negative turn of events.

Their relatives were only three days
away now. Surely they were past the worst.

One side of the wagon dropped heavily,
enough to wake her brother. He rubbed his eyes and looked around at
their slanted surroundings. "What happened, Sissy?"

Before she could answer, Lenore heard
a moan from her father. She had become conditioned to hearing his
release of pain every time he dismounted the wagon, but the
exasperated sigh that followed could only mean one
thing.

Lenore scrambled to the back of the
wagon and pulled open the flap of canvas. She met her step-mother's
worried gaze before the woman's cough disrupted them.

"Father," Lenore climbed out of the
wagon, "what happened?"

With shoulders slumped, he turned away
and stared at the sky. "Why? What have we done to deserve all of
this?"

Lenore clasped a hand over her mouth
at the sight of their last spare wheel. Its busted remains dusted
the snow and splinters of wood punctured through the crusted
top-layer. Lenore struggled to fight off the desire to fuel all the
reasons they should have waited to travel. In the end, her thoughts
won, but at least they were left unspoken. She knew the last thing
her father needed to hear was another's disappointment in his
decisions.

"Perhaps another wagon will come by
shortly." Her step-mother's feeble voice belied the disbelief in
her own words.

A chill wind swept around them, as if
a premonition of their coming fate. Lenore refused to believe this
would be their end. She was at her prime of life. A family, excited
to meet them, were only days ahead. With their welcome held the
promise of a good job for her father, friends for her step-mother,
school for her brother, and a hopeful marriage for
Lenore.

No, this would not be their end. Not
if she could help it.

She and her father both began to speak
at once. They exchanged polite smiles before her father
continued.

The forested path became dark with the
loss of daylight. Where was she? How long had it been since the
snow storm confused her direction? The weight of her numb feet made
it difficult to walk. Yet she had no choice but to continue
on.

A blanket of sleepiness enveloped her.
The desire to curl up into a ball and sleep until morning weakened
her reserve. A picture of her family huddled together in their
wagon fueled her purpose. She had to get help.

In an effort to stay alert, Lenore
pictured what life would offer in their new town. She had a cousin
near her age. Would they become friends? Lenore hoped they would
become as tight as sisters. She had never had a sister and always
wished for such a relationship. But oddly enough, none of her
letters had received a reply. She shoved away nagging thoughts of
her cousin not welcoming her arrival.

And what of the possibility of
marriage? Her step-mother had made mention of a couple of possible
suitors. Would any of them take a liking to her? Would she them?
Lenore had often dreamt of marriage, but only a marriage formed of
love. She despised what some families did to their children,
arranging marriages based on uniting wealthy families or simply for
convenience. She had promised herself, from an early age, she would
run away before succumbing to such imprisonment.

Without warning, Lenore's foot caught
on a fallen limb. She pitched forward onto a half-buried animal
trap. The clamp of its steel jaws reverberated throughout the
forest capturing the sleeve of Lenore's coat and pinching her
skin.

"Ahhh!" Lenore pulled against the trap
which only increased the pain. Like a hot poker, it seared through
her arm. "No! Oh, dear Lord, this hurts, get it off me!"

A howl sounded on the breeze. Lenore
stopped struggling and listened. Was it caused by the wind through
the trees or something much more frightening? She shivered and drew
her body closer to the clamp, curling into a ball. How long would
she have to remain here before someone found her? And would she be
found alive? What about her family, they were depending on her to
find help.

Heston Miller paused at the sound of
the faint scream. He'd traveled half the distance home; to turn
back now would leave him walking in total darkness.

The sound came again. He cocked his
head to listen. It was like no other he had heard in the
wilderness. The traps were reset, had he caught something again so
soon? With a sigh, he turned around in his tracks. "Whatever you
are, you'd better be worth it 'Cause come tomorrow, I'll need all
the extra cash I can come up with."

The walk back was covered quickly
because of his previous path. Heston came near his first trap and
paused. With his rifle ready, he slowly stepped around the bend.
Empty. He peered through the trees, thankful for the filtering
moonlight.

The second trap proved just as empty.
He considered turning back when the sound of sobbing reached his
ears.
Sobbing?

Heston quickened his pace. Wolves
often frequented this part of the forest, he couldn't waste any
time. Soon, he came upon the reason for the cry. Huddled into a
fetal position was a woman. Her arm entangled with a limb and his
trap.

Lord, let her be
okay.

Heston knelt down beside her and with
a voice that told of more calm than he felt, he reassured her,
though with his own rough manner. "Calm yourself down, ma'am. I'm
going to open the trap, and you pull your arm back quick as you
can."

Frightened, doe-shaped eyes peered up
at him with astonishment. "Thank you, sir. The Lord has surely
heard my cry." Her lips were blue and her words were spoken with
the slurred effects of the cold.

Heston pulled the trap open and reset
it as the woman slowly pulled her arm free. He'd told her to do so
with speed, but she was so cold, he realized it probably took all
she had to move at all.

Slowly, she nodded. He steadied her
with his hand on her undamaged arm. She straightened to a stance,
but with one step, her legs buckled beneath her. Heston caught her
against his chest then swung her up in his capable arms. Her body
trembled against his. "Don't worry, you'll be warm
soon."

But would it be in time? Frost-bite
did awful things to ones hands and feet.

Awkward as it was, Heston trudged
through the forest with his gun and fresh hides thrown over his
back and the woman in his arms. Snowflakes swirled around him with
relaxed ease. The earlier storm had spent its fury, leaving a
peaceful atmosphere in its wake. At least it felt peaceful to him,
but what to this woman. Had she trudged through the storm? And from
where? There wasn't anything for miles around.

Relief flooded his chest as the cabin
came into view. Smoke still curled from the chimney promising a
welcome warmth. He threw open the door and kicked it shut behind
him with his foot. Striding the short distance across the room, he
laid the woman on his bed. "I'll get some more warmth in here and
we'll check out your hands and feet."

A feeble voice tried to reply but
exhaustion had laid its claim. Heston didn't try to encourage her
to repeat her words. Instead, he readied a pot to heat water and
gathered as many blankets as he had.

Moments later he had his unexpected
visitor propped in a chair, nearer the stove, with her gloves
removed examining her fingers. "You're fortunate. Your fingers will
survive. Just soak them in that warm water, while I check your
feet."

Through heavy lids, she slowly nodded.
The contact with the water seemed to bring some life back into her
as she blinked and widened her eyes to look around. Heston smiled
to himself, thankful he'd found her in time. He removed both boots
but paused at her stocking-clad feet. He'd never touched a woman
this much before. And though it needed to be done, he felt
uncertain about removing her socks. It would certainly expose more
skin than he'd witnessed on a woman, and the feelings her presence
created was already more than he knew how to deal with.

"What do my feet look like? Am I going
to lose my toes?"

Her sweet voice, though overlaid with
worry, filled his cabin with a longed-for harmony.

At least it was still his cabin for
tonight. Tomorrow would bring a much begrudged change.

Heston resumed his task with more
force than necessary, trying to rid his thoughts along with the
feelings this woman caused. He tore the socks from her feet
exposing delicate, white skin. Thankfully, a healthy white, not the
kind caused from frost-bite.

Tempted by the Soldier (A Falling for You Novel) (Entangled Brazen) by Day, Nicolette
The Search for Belle Prater by White, Ruth
Dark Revelations by Swierczynski, Duane, Zuiker, Anthony E.
The Silver Coin by Andrea Kane
A Merry Dance Around the World With Eric Newby by Eric Newby
Wednesday's Child by Shane Dunphy
No Use Dying Over Spilled Milk by Tamar Myers
Undead and Uneasy by MaryJanice Davidson
I Still Have It. . . I Just Can't Remember Where I Put It by Rita Rudner
The Box: How the Shipping Container Made the World Smaller and the World Economy Bigger by Marc Levinson