The wind was at their backs and pushed the boats along at a
fast clip. The weather was clement, the wind steady, and they made good time.
In less than a fortnight they saw Hivernia’s shore and everyone gave a cheer.

Behind them the twenty boats of the Southern Isle’s army
raised their standards. They also sounded the trumpets and made a huge racket,
which made Sebring remark sourly that he was glad he wasn’t traveling with the
musicians.

Kyla turned to Sebring with a frown. He’d been acting
strangely melancholy for the whole trip—staying away from them and hardly
speaking. Now, with Hivernia in view she dared ask him what was the matter.

Sebring looked startled, then said, “I fell in love with the
queen, but she asked me to leave.”

“But why?” Merlin asked.

“Because my life will be in danger when everyone finds out
her lie.” He paused, then said, “She invented her pregnancy in order to save
Hivernia.”

“What?” Kyla felt faint. “She lied? But what will happen to
her when the people of the Southern Isles find out?”

“I don’t know,” said Sebring, and his voice was as pale as
ashes.

Kyla couldn’t think long about Sebring’s dilemma though. The
southernmost seaport was barely a day’s sail away. Tomorrow she would be back
with her aunt and Sebring and Merlin would be sailing north to join King
Branagh’s army. Her heart felt like breaking and a terrible fear gnawed at her
belly. What if this was the last night she would spend with Merlin? What if he
were killed or maimed in the war? She couldn’t hide her tears, but she didn’t
want Merlin to feel guilty for leaving her. She fled to their room below deck and
hid under the covers.

“I know how you feel,” he said a little while later. He sat
next to her and stroked her back. “I’m not afraid to go to war, but the thought
of never seeing you again is terrifying.”

She rolled over and tried to smile, though it hurt her face.
“I wish I’d never made that potion. It’s caused you too much pain.”

His face twisted. “No, don’t say that.” He bent down and
brushed his lips over hers. She kissed him back, letting his tongue invade her
mouth, claim her for his own. A rush of desire made her shake and she couldn’t
get out of her clothes fast enough. She wanted to feel him plunging into her,
wanted his cock wedged into her pussy as far as it could go.

“Slow down,” he whispered, running his hands over her sides
and down her thighs. “I want this to last forever.”

A spasm shook her as he leaned down to kiss her again, and
then she gasped as he sucked hard on her nipple, pulling it almost roughly into
his mouth.

She pushed his shirt off, and then unbuckled his belt,
pushing his pants down around his knees. “Try to run away from me now,” she
teased.

He got up and laughed. “It is damned hard running with a
hard-on. You should try it.” He pulled his pants the rest of the way off and
then lunged at her. “Although if I were chasing you, I bet I could run faster
than a satyr chases a nymph!”

“I should hope so,” she giggled.

He parted her thighs, his expression eager, and knelt
between them. He kissed the delicate hollow just below her hip then parted her
outer labia with gentle fingers, stroking her softly. He loved to tease her
clit with his tongue while he eased his fingers into her slick passage. It
drove her wild, and he would purposely bring her to the brink of an orgasm then
pull away, leaving her panting and frustrated.

Her pussy grew sopping wet and she felt swollen and aching.
His cock brushed against her legs teasingly, but when she tried to reach for it
he stopped her. “No, if you touch me I won’t be able to wait.”

“Wait? I can’t wait,” she gasped as he twirled a finger into
her passage and slurped hungrily at her clit. “I’m coming. Oh Mistral, take me!”

He didn’t need to be asked twice. Still on his knees, he
pulled her to the edge of the bed and sheathed his cock in her. He hesitated,
then drove into her until he was wedged tight. Then he twisted his hips, making
it touch her in places she didn’t know could be touched. She uttered a scream
of pure pleasure. Her legs hung over the edge of the bed, making her hips tilt
upward and making his cock drive even deeper into her cunt.

Spasms shook him as he thrust in and out. His breath came in
quick gasps and then suddenly she felt him coming. His muscles trembled as he
held her by the hips, keeping his twitching cock buried in her. She felt an
answering wave of contractions in her cunt, and another scream tore out of her
throat as she came, her whole body rippling in gratification.

Afterward she cried while he held her. Her defenses had been
utterly broken, and she was too tired to hide her feelings anymore. “Just
prom…prom…promise me you’ll come home,” she sobbed.

He held her tightly but didn’t say anything. That was one
promise he couldn’t make.

“I’ll love you as long as I live,” he said. And that was all
she had to keep her hope alive with as she watched him sail away the next day.

The troops of the Southern Isles were highly trained, and
combined with Hivernia’s forces, finally put an end to the Mouse King and his
army of behemoths.

Merlin made it through the war and went back to Kyla, and
they were married quietly in her aunt’s castle. They were happy to be together,
but sorrowful as well. Sebring was not with them. During the last battle, he
lost his life.

King Branagh and Queen Melflouise gave a huge celebration
for the end of the war with the Mouse King. They honored the fallen and their
heroes. Queen Melflouise, an archer, gave the medals of valor, and Merlin
received one for himself and one for his twin, posthumously.

Kyla had seen King Branagh and Queen Melflouise before, but
she was most fascinated by Merlin’s guardian, the elf healer Llewellyn, and
Tamara, his d’ark t’uath bride. That tribe of elves was a mystery to her—a
tribe of women who didn’t need men! But Tamara, Llewellyn’s wife, had left her
tribe to marry a man and they seemed very happy together. The celebration
lasted a full week, and although the music sparkled and wine flowed, it was
colored with sorrow. Too many elves and fairies had died. Only the thought that
the Mouse King had finally been defeated raised their spirits.

Kyla had a little girl and named her Willow. She didn’t want
to go back to her life of parties and frivolity, and instead moved in with
Merlin in his house in a small town in the north of Hivernia. She had a lot to
get used to. She was the only fairy princess in town, and at first she thought
she would have trouble making friends. But all the village womenfolk wanted her
advice about clothing, dancing and how to be fashionable. She made friends
quickly and found that she absolutely loved life in a small town. She hardly
missed the pomp and ceremony of court.

Then one day, not long after the celebration marking the end
of the war, Merlin and Kyla received a letter from Queen Willow. She had been
pregnant after all. She bore a boy and named him Sebring after his father. He
would rule the Southern Isles when he reached manhood. An invitation to his
naming ceremony had been included in the letter.

She also told them about the boats full of men, women and
children who had arrived in the Southern Isles, seeking a new life. Once again
the sound of children’s laughter rang throughout the kingdom. Never again would
the Southern Isles seal themselves off from other lands.

When Kyla read the message she shed bitter tears for Sebring
and for all the soldiers who’d not come home from the war. She sent a prayer of
thanks to Mistral for sending her Merlin and that night, after she put Willow
to bed, she put on her sexiest robe and celebrated the end of the war and the
beginning of a new life with her elf husband, Merlin.

Samantha Winston is the pen name for Jennifer Macaire, an
American freelance writer/illustrator. She was born in Kingston, NY, and lived
in Samoa, California, and the Virgin Islands before moving to France. She
attended Parsons The New School for Design for fine art, and Palm Beach Junior
College for art and English literature. She worked for five years as a model
for Elite. Married to a professional polo player, she has three children.

After settling in France, she started writing full time and
published short stories in such magazines as
Polo Magazine
,
PKA’s
Advocate
,
The Bear Deluxe
,
Nuketown
,
The Eclipse
,
Anotherealm
,
Linnaean Street
,
Inkspin
,
Literary Potpourri
,
Mind
Caviar
and the
Vestal Review
. One of her short stories was nominated
for the Pushcart Prize. In June 2002 she won the 3am/Harper Collins flash
fiction contest for her story “There are Geckos”.

Samantha welcomes comments from readers. You can find her
website and email addresses on her
author bio page
at
www.ellorascave.com
.

Tell Us What You Think

We appreciate hearing reader opinions about our books. You
can email
the
author
directly or you can email us at
[email protected]
(when contacting
Customer Service, be sure to state the book title and author).

The
Frog Prince from Planet Marecage

The
Phallus from Dallas
with Ciarra Sims

The terms Romantica® and Quickies® are registered trademarks of
Ellora’s Cave Publishing.

With the exception of quotes used in reviews, this book may not
be reproduced or used in whole or in part by any means existing without written
permission from the publisher, Ellora’s Cave Publishing, Inc.® 1056 Home
Avenue, Akron OH 44310-3502.

Warning: The unauthorized reproduction or distribution of this
copyrighted work is illegal. No part of this book may be scanned, uploaded or
distributed via the Internet or any other means, electronic or print, without
the publisher’s permission. Criminal copyright infringement, including
infringement without monetary gain, is investigated by the FBI and is
punishable by up to 5 years in federal prison and a fine of $250,000.
(http://www.fbi.gov/ipr/). Please purchase only authorized electronic or print
editions and do not participate in or encourage the electronic piracy of
copyrighted material. Your support of the author’s rights is appreciated.

This book is a work of fiction and any resemblance to persons,
living or dead, or places, events or locales is purely coincidental. The
characters are productions of the author’s imagination and used fictitiously.

The publisher and author(s) acknowledge the trademark status and
trademark ownership of all trademarks, service marks and word marks mentioned
in this book.

The publisher does not have any control over, and does not assume
any responsibility for, author or third-party websites or their content. 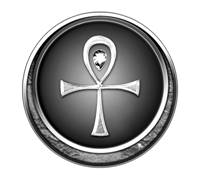 Soul Temptation (Souls Entwined) by Gregory, Nichelle
A Going Concern by Catherine Aird
Things I Overheard While Talking to Myself by Alan Alda
Killer Mine by Mickey Spillane
The Proverbial Mr. Universe by Maria La Serra
Dirty Wings by Sarah McCarry
The Green Road by Anne Enright
Soul of Fire by Sarah A. Hoyt
For Love and Honor by Cathy Maxwell, Lynne Hinton, Candis Terry
Mr. August by Romes, Jan