Read Murder in a Good Cause Online

“Mmm,” said Lucas. “I hadn't realized you were looking for Whitelaw's dinner jacket, either. I would have brought it out right away if I'd known. Did you check everyone's clothes for traces of cyanide?”

“That's what a careful investigator does,” said Sanders sententiously. If he's awake enough to remember what he's doing, he added silently.

“Did you get her onto the plane?” asked Sanders. “Actually onto it?”

“Yes. Actually on the plane,” said Harriet, sitting down. “And her cousin, too, you'll be happy to know. Klaus decided at the last minute that family was more important than career and soâswoosh. Off to Munich on a first-class ticket. Just like that.” She smiled automatically at the waitress and accepted a menu. “Which gets him out of my hair, thank God. I was afraid I'd end up spending the winter teaching him how to make a living. Anyway, I know why I'm glad to see them leave, but I still don't understand why you dislike Veronika so much.”

“Why do I dislike her?” He pushed his chair back and straightened out his legs in front of him. “Because she used you. And because she kept screwing up my investigation. And because I can't stand that little waif look that says, I'm lovable and incompetent. Please protect me.” He shook his head. “I don't know. I also have the feeling that if she'd told us everything she knew, we could have put things together days earlier.”

“Did she really believe her mother was mixed up in it all? She should have known better.” Harriet shook her head and turned her full attention to the typewritten list in front of her. “What are you having?” she asked.

“The special,” said Sanders. “It looks better than it sounds. And yes, that's what she said. What can you do? She still doesn't believe it was Whitelaw, because her mother trusted him, she said.”

“Well, you have to admit that it is hard to believe,” said Harriet. “I'll have the special,” she called to the waitress, who had by now given up all hopes of getting an order from her. “And whatever he's drinking.”

“You mean Whitelaw? Or what I just ordered?” She raised her hands in mock terror to ward off an imaginary blow. “How could anyone take him seriously? You know, typical twit, all pomposity and bad culture. A character in a really good British farce. I can see him as a fence, if you're right about his expertise in art, but I cannot see him as a murderer.”

“The right outside pocket of his dinner jacket had enough cyanide in it to do in a lumberjack,” said Sanders. “Or at least more than enough to keep the lab people happy. I don't know why it would be there if he hadn't been carrying a little paper package of the stuff around for the evening, waiting for a chance to dump it in the teapot.”

Harriet shook her head. “But why would he want to kill Clara?”

“He was embezzling from her,” said Sanders. “Or at least that's what the accountants are finding. One of those quick-in, quick-out schemes that's supposed to net a huge amount of money before the auditors come in.”

“But Clara twigged?” said Harriet. Sanders nodded. “She was awfully shrewd, you know. Not one of your sweet, confused little widows; not by a long shot.”

“And called in her accountant. That wasn't the only scam Whitelaw was running, either. There was artwork moving in and out of that apartment faster than apples in a fruit store. They haven't figured out yet whether it's fake or stolen. Mostly fake, they think. He'd been doing that for two or three years, apparently. He simply fit the stuff that Esteban gave him right into his network for disposing of paintings. Just increased his volume a bit.”

“Have they caught Esteban?” asked Harriet.

Sanders shook his head. “The Spanish are positive that neither Esteban nor his sidekick went back to Spain. They've suggested that they're probably hiding out in Brazil or Argentina with a lot of other fugitive members of ETA. I don't suppose we'll ever see them again.” He shrugged. “But thanks to Paul the gardener, Carlos Ramirez aka Garcia, aka Ugalde, was picked up in Arizona this morning. Behind the counter of a store his mother owns that sells antiques and Indian artifacts and stuff like that. Esteban must really have hated him. And Walker.”

“Well, why wouldn't he? They ruined his chances to raise money for his cause, after all. I sort of liked Esteban, or whatever his name is.”

“You would,” said Sanders. “But I wouldn't count on Esteban not having that money, you know. We've traced a lot of the stolen merchandise. Some very valuable stuff was sold over the summer and the money transferred up here. Someone has the cash, and as far as we can tell, it isn't Whitelaw. Maybe Esteban just stuffed it in an old pair of gardening gloves.”

“And took it back to Spain,” said Harriet triumphantly. “Where the Spanish authorities aren't looking for him because they don't want to believe he could get into the country without anyone knowing about it.”

“Harriet,” said Sanders, picking up her hand from the table where it was lying. She looked up. “Let's get the hell out of here.”

“Here?” she said, looking around the small restaurant where they were having their late lunch. “I haven't eaten yet. I'm hungry.”

“No, you irritating woman, out of the city. Let's go down to the coast. It's September. It'll be beautiful. You can even take pictures if you like, and I'll carry the equipment.”

“Cape Cod would be nice,” she said. “But I'll need two days to finish off that assignment in Orillia.” She turned her face away from him and stared out the window. “Actually, John . . .” She looked back.

“Yes?” He tried to keep his voice light and unconcerned while he braced himself for the inevitable excuses.

“Do you like islands? And ferries? I have a passion for them, you know. Why don't we go to Martha's Vineyard? There are gorgeous old houses there, and all the summer people will have left. It soundsâ”

“Two days?” The sunshine seemed to gather itself into a giddy golden bath inside the drab little room. “That should give me time to pack,” he said casually. “What would you like for dessert? The pie looks good.” 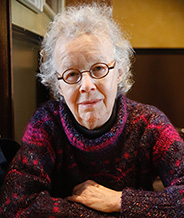 Medora Sale
is the author of the acclaimed John Sanders/Harriet Jeffries mystery series, set in contemporary Toronto, and under the name Caroline Roe, of
The Isaac Chronicles
, a series of historical mysteries. Born in Windsor, Ontario, Sale's interest in criminal justice was roused by her father, a lawyer and engineer involved in weaponry and criminal justice, who served as an official in the court system. Sale is a graduate of the Centre for Mediaeval Studies at the University of Toronto, is a past president of Sisters in Crime and Crime Writers of Canada, and won the Arthur Ellis Award for best first novel for
Murder on the Run
, the first title in the John Sanders/Harriet Jeffries mystery series.

All rights reserved under all applicable International Copyright Conventions. By payment of the required fees, you have been granted the non-exclusive, non-transferable right to access and read the text of this e-book on-screen. No part of this text may be reproduced, transmitted, down-loaded, decompiled, reverse engineered, or stored in or introduced into any information storage and retrieval system, in any form or by any means, whether electronic or mechanical, now known or hereinafter invented, without the express written permission of the publisher.

Originally published by Macmillan Publishing Company in 1990. First published by HarperCollins Publishers Ltd in this ePub edition in 2015.

This book is a work of fiction. Names, characters, places and incidents either are the product of the author's imagination or are use fictitiously. Any resemblance to actual persons, living or dead, events, or locales is entirely coincidental.

HarperCollins books may be purchased for educational, business, or sales promotional use through our Special Markets Department.

Prince of Shadows: A Novel of Romeo and Juliet by Caine, Rachel
Alex Armstrong: Awakening by Hayes Farley
The Irish Lover by Lila Dubois
Gods of Manhattan by Al Ewing
Tender Trust by Tanya Stowe
The Last Chronicle of Barset by Anthony Trollope
Revenge of the Rose by Michael Moorcock
Flower Girl: A Burton Family Mystery by David Marshall Hunt
The Deputy's Lost and Found by Stella Bagwell
Sea Sick: A Horror Novel by Iain Rob Wright