BOOK: New Rules: Polite Musings from a Timid Observer
>>DOWNLOAD HERE >>READ ONLINE NOW
ads
NEW RULE
When actors volunteer for war, take them. In a gesture of immense emptiness, Bruce Willis called President Bush and offered to go fight in Iraq. President Bush told him it was unlikely to happen, but they’d get back to him if they couldn’t get Vin Diesel.
Body Shop
NEW RULE
Family members get to sell their dead loved ones. After the UCLA medical school was found to be selling cadavers for profit, a scandal erupted. But shouldn’t families be allowed to do this directly? Those nursing homes aren’t free, you know. Now that Grandma’s dead, it’s about time she started pulling her weight. If you just parted her out like an old Honda Civic, the cost of abandoning her all these years to the care of minority health care workers bent on racial payback would be recouped over time.
Booze Clues 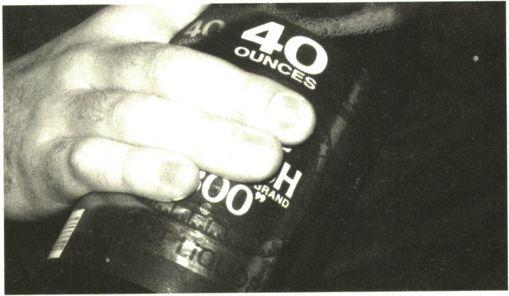 NEW RULE
You don’t need to study malt liquor. A groundbreaking study found that malt liquor usually comes in a bigger bottle, has more alcohol than regular beer, and is largely a drink of the homeless and unemployed—all facts most people learn after their first date with Tara Reid. Let me save you guys some time: Jägermeister and Mad Dog 20/20 aren’t varieties of Pinot, either.
Bore Play 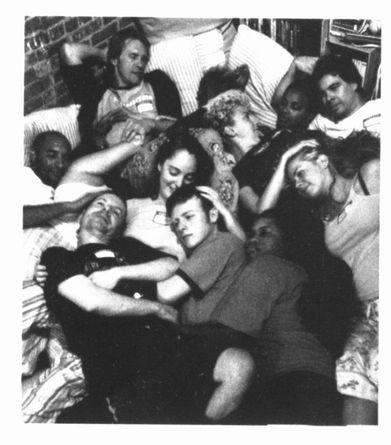 NEW RULE
Cuddling is for girls. The latest rage in New York is “cuddle parties,” where grown men and women put on pajamas and just ... cuddle. Pardon me while I throw up. Participants say it’s not about sex; it’s about intimacy. No, it’s about sex. You’re just so neurotic and emasculated that you’ve decided to skip the screwing entirely and go right to the boring part afterward. The only time a man should say “I need a hug” is if he’s choking.
Bored of the Rings
NEW RULE
Three and a half hours is too long for a movie about magical midgets.
The Lord of the Rings: The Return of the King
is so long, you have to take a pee break before you get through the title. The
Rings
trilogy runs almost nine hours. If I want to spend that kind of time seeing dragons, I’ll take drugs. 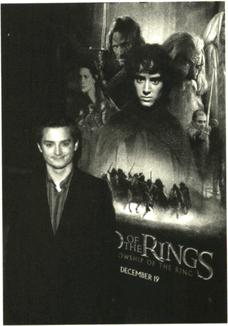 Brag Bashing
NEW RULE
I don’t care how fast your kid read the last
Harry Potter.
That doesn’t make him gifted. This kid is gifted ... 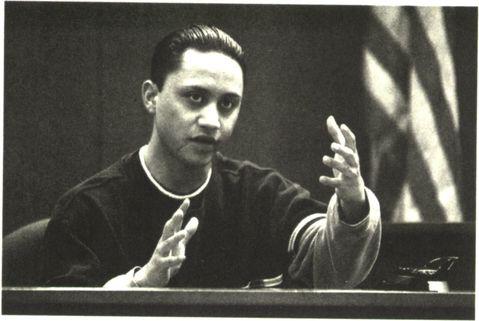 ... and the only thing he’s ever read is a home pregnancy test.
Brew Ha Ha
NEW RULE
If you can’t get drunk at a fraternity, it’s not a fraternity. It’s a club. UC Berkeley has banned alcohol at fraternity parties, which is sort of like banning black people on
Soul Train.
You can’t make frat guys stay sober. Then they’ll see all their late-night streaking, fanny paddling, and tea bagging for what it really is—Delta Kappa Gay.
Bulletin Bored
NEW RULE
We don’t need a FOX “News Alert” every time something explodes in Iraq. It’s a war—breaking news would be when stuff
stops
blowing up. Until then, we’ll assume Baghdad is just like Lindsay Lohan—getting bombed daily.
Bush Whack 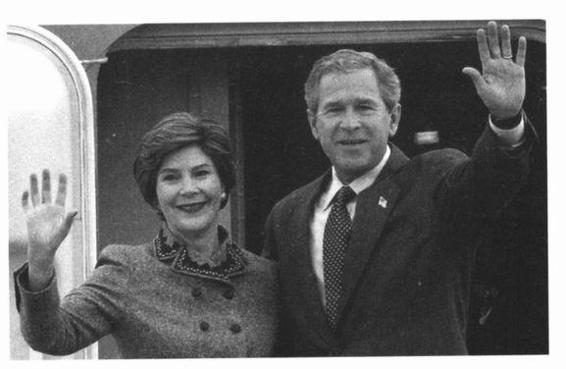 NEW RULE
George Bush must stop saying he owes all his success to Laura. George Bush owes all his success to his daddy, his daddy’s friends, trust funds, legacy admissions, the National Guard, the Supreme Court, Karl Rove, Dick Cheney, and AA.
But Siriusly
NEW RULE
Paying to listen to the radio is wrong. Seemingly normal Americans are now paying 10 dollars a month to get satellite radio. That’s right—they’re paying to listen to the radio. Hello! It’s the radio! The whole point of radio is that you don’t have to pay for it. It’s like paying to hum. If it wasn’t free, do you think they’d play Foghat? So what if satellite radio has a hundred channels. So does cable TV, and just like cable TV, 5 of them are good, 20 suck, and the rest are in Spanish.
Butt Out
NEW RULE
Sodomy rules! If it’s still asking too much to legalize the blow job, let’s start with medicinal blow jobs and work from there. What two consenting adults choose to do in the privacy of a casting office is their business.
Byte Me 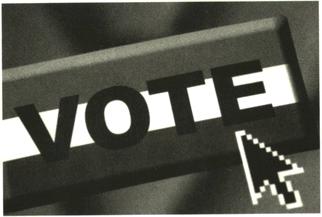 NEW RULE
Computers aren’t for voting; they’re for picking up underage girls. Voting by computer sounds really cool and futuristic—if this were 1969. But now that we all have computers, we know that they are, in fact, huge fuck-up machines. They’re like having a compact, silicon version of Gary Busey on your desk—you never know what’s going to happen. I’ll tell you what’ll happen: Some 13-year-old hacker in Finland is going to hand the presidency to Kylie Minogue. You thought the 2004 election was bad—wait until the next one is decided by a customer service rep in New Delhi.
Truth in Labeling
NEW RULE
S
top believing slogans, especially the ones that come out of the White
House. Twinkies aren’t wholesome goodness, and the “Clear Skies Initiative” isn’t really going to bring clear skies. And it turns out that the “No Child Left Behind” law actually leaves lots of children behind. It leaves so many behind, in fact, that they have a name for them now: “pushouts,” as in “we’re pushing you out of school so that our cumulative test scores will be higher.”
Yes, that’s what this is all about. Our “No Child Left Behind” law is written like this: As a state, you get federal money for your schools, but only when two main things happen—you make test scores go up and dropout rates go down. How best to achieve both of those goals? By making the dumber kids ... disappear!
The “Texas Miracle” in education, it turns out, was all about raising test scores by making almost the entire bottom half of the class drop out, and then falsely lowering the dropout rate by putting those students in phony categories like “transferred” or “enrolled in GED” or “dating Demi Moore.”
We weren’t actually improving the system, but we were making it look like we were where it matters: on paper. It’s not for nothing that all those Texans looked up to Enron. For the 2000 election, Houston’s dropout rate was given as 1.5 percent. After the election, it was revised to
40 percent,
probably by the same guy who makes up the budget. I don’t need a degree in fuzzy math to know that 40 percent is not “no child left behind.”
And if you say “no child” in your law, it takes a Texas-size nerve to then treat those kids like cards in a gin rummy game, where you get to ditch the two low ones, and where bodies just disappear like dissidents in Argentina or that Heather Locklear airport drama.
George Bush ran for office as the education guy, and his caring about leaving no child behind is what softened him into a compassionate conservative. So it seems wrong to find out that what we’re really doing is just handing lots of kids a GED kit and telling them, “Good luck exploring your other educational opportunities, like learning how many vials of crack you can carry in your underwear.”
ADS
15.4Mb size Format: txt, pdf, ePub