BOOK: New Rules: Polite Musings from a Timid Observer
>>DOWNLOAD HERE >>READ ONLINE NOW
ads
Coming-Out Party
NEW RULE
If your father is a dangerous zealot who describes homosexuals as “sinners” who practice “selfish hedonism,” you have a moral duty to become a lesbian. Congratulations to Alan Keyes’s daughter Maya, who did just that. Now, if you can just get yourself impregnated by David Crosby and then immediately get an abortion, I think we can drive Daddy right over the edge.
Coming Too Soon

NEW RULE
Stop bringing out DVDs so soon. I’m still ignoring you in the theater.
Corntroversy 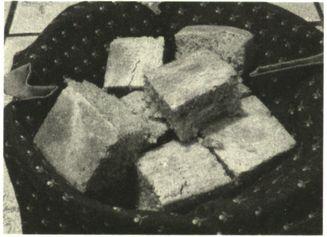 NEW RULE
Cornbread isn’t bread. It’s cake.
Coronary Eatery
NEW RULE
Your hamburger can’t be bigger than your ass. Denny’s Beer Barrel Pub in Clearfield, Pennsylvania, is offering a new burger that weighs 15 pounds. One sign your portions may be too large: if one of the health risks is a back injury.
Crappy Meal
NEW RULE
You can’t put any more types of meat on a bacon cheeseburger. Once you’ve made it a bacon cheeseburger, you’re done. If you’re adding more than that, you have to opt out of Medicare.

Prescriptures
NEW RULE
P
harmacists have to fill prescriptions. More and more American pharmacists are refusing to fill prescriptions for birth control because of their personal moral objections. You know what would really teach us a lesson? If you took off your pretend doctor jacket and got another job.
Or maybe I’m wrong. Maybe cutting off the Pill doesn’t go far enough. It’s high time activist drugstores stopped coddling sluts in every aisle. Let’s not sell any more makeup, either. A good woman doesn’t paint herself. And no more deodorant. You should smell bad—keeps the boys from getting ideas. And no suntan lotion—I’ve seen what happens at the MTV beach-house, you whore. You want to avoid melanoma, buy a veil.
Why is this country becoming Utah? I know the conservatives are always saying that the coastal elites don’t really “get it” about them because we just “fly over.” Okay, maybe, but you guys don’t get us either: We need sex. Refusal to provide birth control threatens our economy and our very way of life here in Southern California. There’s a lotta hot chicks out here, man; we need birth control. Seriously—I mean, how do you think movies get made?
Now, of course, I know the other side is saying, yes, but this is a moral issue. Problem is, not everyone gets their morals from the same book. You go by the book that says slavery is okay but sex is wrong—until after marriage, at which point it becomes a blessed sacrament between a husband and the wife who’s withholding it.
In conclusion, let me say to all the activist pharmacists out there, the ones who think sex is bad, probably because sex with them always is: A pharmacist is not a lawmaker, or even a doctor—in the medical pecking order, you rank somewhere in between a chiropractor and a tree surgeon. You don’t answer to a law higher than the laws of men. You work for Save-On. The doctors are the ones who make the medical decisions because they’re the ones who went to medical school, whereas you were just transferred from the counter where people drop off film. 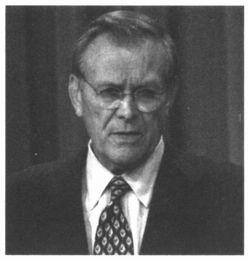 NEW RULE
Lay off Rumsfeld and his 9/11 memento. Yes, Donald Rumsfeld took a piece of the airplane that hit the Pentagon—like you’ve never lifted anything from work. But he kept it for a good reason: to remind himself of who did this to us. Otherwise, we might have retaliated against the wrong country.
Déjà View
NEW RULE
Enough with the reunion shows. First we endured
Dallas
getting back together, then the gang from
Happy Days.
That didn’t make me say, “I wonder what Schneider’s been up to?” If I cared about what a bunch of hasbeens from the ’80s thought, I’d have backed Bush’s war plans. 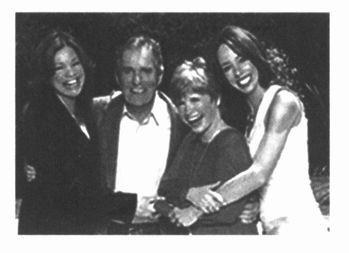 Deliverance
NEW RULE
Britney Spears and her husband have to name their new baby “Shithead.” It’s the redneck version of “Apple.” And while we’re at it, stop bugging her about smoking—it’s a little late to start worrying about the DNA when half of it is Kevin Federline’s.
Devout of His Mind 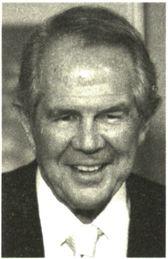 NEW RULE
Scientology makes you fat. John Travolta, Kirstie Alley, Lisa Marie Presley: fat, fat, fat! L. Ron Hubbard went to the cupboard to fetch his old dog a bone. But it was gone, because his followers scarfed it. Be honest: It’s not a religion; it’s just an excuse for a bake sale.
Don’t Be Hatin’