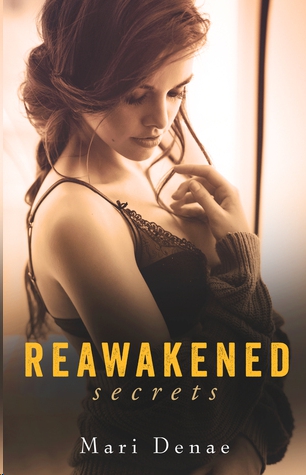 All rights reserved. No part of this publication may be reproduced, stored in retrieval system, copied in any form or by any means, without the written permission from the author except by a reviewer who may quote brief passage for review purposes.

This book is a work of fiction and any resemblance to any person, living or dead, any place, events or occurrences, is purely coincidental. The characters and plot are created from the author’s imagination or are used fictitiously.

Except for the original material written by the author, all songs, song titles and lyrics mentioned in this novel are the property of the respective songwriters and copyright holders. They are in no way affiliated with this work of fiction.

This book contains adult language and sexual situations. It is intended for readers 18 years and older.

Some secrets should never be kept . . .

Growing up in the servants’ quarters at Haven Hill, Claire Brown was a poor outcast, living in a world of money and privilege. Her only solace was best friend, Alice Sinclair, and secret desire, Jackson Montgomery. Rich and connected, they were perfect in every way and perfect for each other.

Still, Claire was foolish enough to fall in love with Jackson, and desperate enough to hide it. When Alice found out, there was a terrible accident that left her in a coma. Jackson disappeared, leaving New Haven without even saying good-bye.

Ten years later, Claire has managed to build a life without them. So when Jackson calls out of nowhere to say Alice is awake, Claire’s first thought is
Thank God.
Her second?
I’m screwed.
Lusting after Jackson destroyed her. It’s nothing compared to what she’s hiding now.

But nothing stays hidden forever.

Reawakened Secrets
is part one of Jackson and Claire’s story.

Part 2,
Reawakened Sins
and Part 3,
Reawakened Seduction
will be released within the next few months. Please sign up for Mari Denae’s
Newsletter at booksbymaridenae.com
, to be the first to get information on deals, teasers, excerpts, bonus scenes and release dates. Or connect with the author on
Facebook
,
Twitter
,
Goodreads
or her website,
booksbymaridenae.com
.

I
T WAS SUPPOSED
to be a lazy day at the lake with my two best friends. Technically, Jackson and Alice were my only friends, but they were still the best. Never eager to swim in muddy water or melt in sweltering heat, Alice had bailed at the last minute. Whatever, one last perfect day with Jackson before school started wasn’t a hardship. Alice had a permanent place in my heart, but Jackson owned the other half. Now, if only I could relax and find my way back to the effortless happiness I used to feel around him.

I adjusted my bikini to make sure everything was covered. Before I left my room in the staff’s quarters at Haven Hill, I had examined every inch of exposed skin in my full-length mirror. My boobs could stand to be a little bigger, but they filled out the cups of my top just fine. My legs were long and lean, and my stomach was flat. My ass may have been a little too round to be completely contained in the bottoms, but since I had no plans to be a supermodel anytime soon, I was okay with that. I pulled on a pair of cutoff shorts and walked outside to meet Jackson. I was actually feeling good about myself, but then it all changed.

The smile Jackson usually greeted me with disappeared. His eyes traveled down my body and slowly back up again before he frowned. I’d been a self-conscious mess ever since. Shit, as soon as Alice cancelled, I knew the bikini was a mistake, but my other swimsuit didn’t fit anymore.

“Is something wrong, Jackson? Alice told you she wasn’t coming, right?”

“No, I mean yeah,” he said, looking away. “Come on, let’s go.” His voice was low and rough, like the words had been dragged from his lips.

Furtive glances passed back and forth while we walked to the lake in uncomfortable silence. Tension, more stifling than the heat, wafted between us. I knew it was my fault somehow, but had no idea what I’d done wrong or how to fix it. We stopped at the edge of the water to remove our shoes and extra clothes. I looked up to see Jackson’s gaze fixed on me, and my heart jerked to a pounding pace. He took a step toward me. Uncertainty forced me to step back.

“Time to get wet,” he said, hoisting me in his arms and launching me into the middle of the lake.

I shrieked, not quite able to hold my breath before being submerged in mud and slime. When I broke the surface, sputtering for air, Jackson’s innocent laughter filled me with a sense of peace. My friend was back and the crazy vibes from our walk in the twilight zone were gone.

I gave him my best glare and warned, “It’s on!”

Spent from hours of attacks and counterattacks in the lake, Jackson and I lay on the grass under a magnolia tree. His hands were behind his head, and his eyes were closed. If I kept looking at the snug fit of his board shorts or the ridges of his bare chest I would burst into flames. What I wouldn’t give to know what he sees when he looks at me.

Not one to tolerate silence for long, I cleared my throat. “I can’t believe summer is over. It’s back to school on Monday, Jack.”

Holding his hand up as a shield against the sun filtering through the branches, he turned his head and gave his first real smile of the day. “Yeah, it went by fast. Are you ready for your senior year, brainiac?”

“Don’t give me shit just because I’m smarter than you, jerk.”

He laughed softly and said, “I wouldn’t dream of it. I’m really proud of you, nerd.”

Wow, Jackson was proud of me. I couldn’t help but smile too. I had actually managed to get enough credits to be a senior and graduate a year early.

“I can’t believe this is it. Ten more months and I’ll be done with this crap forever. I would never have survived a whole year at school without you and Alice.”

Jackson rolled over until we were side by side. I looked up into his smoldering turquoise eyes, and my breath lodged in my chest.

“Claire, if anyone bothers you, you have to tell me.”

He had proven more than once how willing he was to fight the futile battle of defending my honor, but I wanted our senior year to be different. Besides, poor people, especially the fatherless daughter of Alice Sinclair’s nanny, had no honor as far as anyone at New Haven Academy was concerned. But, poor had never been a synonym for worthless, whore to Jackson.

“I know, but you can’t protect me all the time.”

“Maybe, but you can’t stop me from trying. I won’t let anyone hurt you. You know they’re all just jealous, right?”

“Yeah, right,” I sighed. “Being poor, white trash is in now. All the rich kids are doing it.”

Gripping my arm, Jackson leaned toward me. “Don’t ever fucking say that again, Claire. You’re a hundred times better than any of the idiots who go to our school. Everyone knows it but you.”

Shocked, I pulled away and pushed myself up on my elbows. Unwilling to continue this conversation, especially with him, I tried to laugh it off.

“Oh, yeah, I’m awesome,” I said. I stood and headed for the edge of the lake.

Jackson wrapped his arms around me before I was able to get too far. Even though sweat trickled down my back, having his bare chest pressed against my breasts gave me chills. Goose bumps pricked across every inch of my skin.

“Where do you think you’re going?” he whispered. His breath fluttered across my face, making me shiver.

“What are you doing, Jackson?”

“Say it again,” he demanded.

“You want to be funny, huh?” He gripped my hair in his hands and pulled until I had no choice but to stare directly into his eyes. “Last chance, Claire. Say it or suffer the consequences.”

“No way, jerk, and you can’t make me.” I pushed against him, but he only held me closer. Heat tingled down my spine, and I started to struggle in earnest. Our legs got tangled, and before I knew it, I was falling, still wrapped in his arms.

Exuberance: The Passion for Life by Jamison, Kay Redfield
Trouble with the Law by Tatiana March
Something More (Girlfriend Fiction 11) by Mo Johnson
Civilization One: The World is Not as You Thought it Was by Christopher Knight, Alan Butler
Professor Stewart's Hoard of Mathematical Treasures by Ian Stewart
The Mortal Immortal by Mary Wollstonecraft Shelley
Needful Things by Stephen King
Legs by William Kennedy
Cowboy Cool: Book 5 (Cowboy Justice Association) by Olivia Jaymes
Books Can Be Deceiving by McKinlay, Jenn