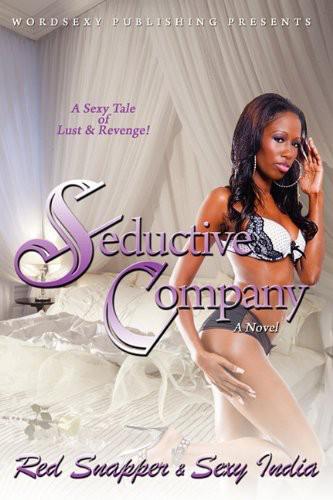 This book is the work of fiction. Names, characters, place, and incidents are products of the author’s imagination or used fictitiously. Any resemblance to actual events or locales or persons is entirely coincidental.

No part of this book may be reproduced, stored in a retrieval system, or transmitted by any means without the written permission of the authors.

You hold the key to your sexuality, open the box and live!

Memoirs of a Creole Crime Cartel: The Origin of Tangie Laurie

Curse of the Nocturnal Seductress

Dreams are something that you should believe in because they do come true! Without your dreams you will never live your life to the fullest and you will always wonder what if I did this or that! Never allow anything or anybody deprive you from living your dream. If you do, you will be the one that suffers from not achieving it.
First, I must give thanks to my Savior, thank you for being my salvation and my rock, especially when no one else understood the vision.
To my friend, Sexy India, who inspired and helped to develop this novel series. You are a great friend and I will always be grateful for your support and making this series come to life. I also thank you for listening to me as I ranted about this vision and this wonderful undertaking and for having faith in me.
As you know, I love writing, whether it is writing a paranormal or a thrilling fast-paced mystery, I will always love this art. It is my hope that we continue to venture on many other projects in the near future. Keep up your good works as well and never give up on your dreams and goals. God has plans for you and I hope you will allow him to fulfill them through you!
To Jeff Primos my marketing guru and business partner, you are one of the greatest inspirations for me because your belief in my vision and your willingness to work with me from the beginning has helped to inspire my motivation. Not only are you truly a friend and Frat Brother...you are a great business partner.
Very special thanks goes out to Authors April Blanding (Vogue), Tamika Newhouse, K.D. Harris, Felisha Bradshaw, Earl Sewell, Anna Black, J.M. Benjamin, LeBlanc, Essence BlaQue and so many more of you that I didn’t mention. All of you have touched me in so many ways that you did not even know that you did. Your contribution of immeasurable wisdom on the do’s and don’ts of the literary game have been profoundly instilled in my heart and I truly thank you all for coming on my radio show to express your invaluable knowledge.
To my family and friends, thank you all for your continuous support and for having faith in me. Thank you for giving me great ideas and for your continued confidence in my efforts. You all have been an inspiration and you are the many reasons I continue to strive for excellence.
To all of my fans: Without you, there can be no Redsnapper! I truly enjoy giving you what you crave for and I try to give you nothing but the best. Thank you for your support and comments. Please continue to write reviews and giving your suggestions and ideas on what you would like to see from me. After all, I write this for you as well as for myself, but I care deeply about you! Please keep in touch and stay tuned for upcoming projects in the coming year.

1
I
t was a hectic day at the office for India Wynn as she walked over toward the water cooler. She looked extremely nervous as she took out some Prozac antidepressant pills from her purse. Hands shaking, she grabbed the paper cup from the dispenser and drew some water from the cooler. She glanced around the area; making sure no one was watching her as she quickly devoured the pills, swallowing vigorously, allowing the pills to sink down her throat. After standing there by the water cooler for about five minutes, the medication quickly began to take effect, calming her anxiety so she could continue to work on her portion of the project. She was about to finish an extremely crucial endeavor that would profit the corporation an estimated $250 million dollars if this plan was adopted. She and her team worked night and day for three months trying to get this project ready for the project management board meeting schedule for 10:00 AM the next morning, which meant working extremely late that evening. After she noticed the clock and saw that the team had been there until around midnight, she decided to release everyone.
ADS
15.4Mb size Format: txt, pdf, ePub