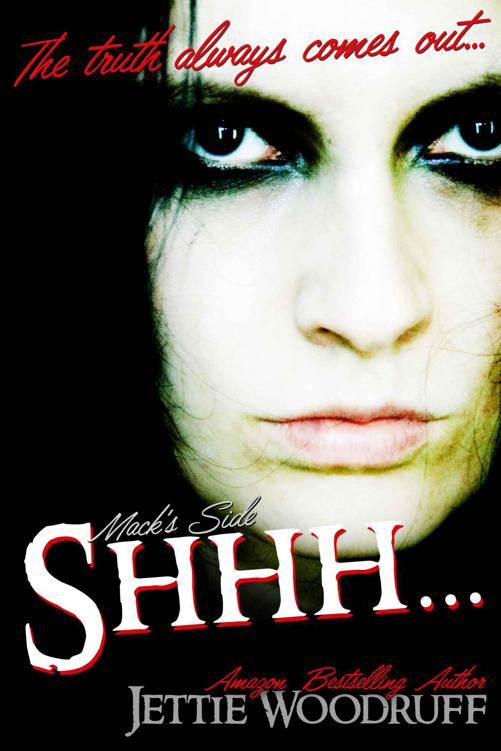 This book is a work of fiction. References to real people, events, establishments, organizations, or locations are intended only to provide a sense of authenticity, and are used fictitiously. All other characters, dead or alive are a figment of my imagination and all incidents and dialogue, are drawn from the author’s mind's eye and are not to be interpreted as real.

No part of this book may be used or reproduced in any manner whatsoever without written permission of the author.

This book is dedicated to Kswiss for always being there, for listening, for caring and for her amazing editing. If you’re looking for an awesome editor, she’s your girl.

I would love to name every one of my Facebook friends, because that is what I think of each and every one of you, but I can’t. There’s too many of you. You know
who you are, and you know you always have a place in my heart. Thanks for the love and support.

Last but not least.

To my family who I neglected while bringing this story together. You are all my rock, even if you think I’m too busy to show it sometimes. I love you all.

To anyone fighting with what you’re about to read, and can relate to the troubles you’ll see McKenzie face during this story. My heart goes out to you. I can’t imagine dealing with what McKenzie had to go through on a daily basis.

With a heavy heart, I would like to acknowledge Robin Williams. I don’t know a person alive that didn’t love him. Mr. Williams generously gave his time to raise awareness and funds for St. Jude. This is also where his daughter Zelda asked that donations be made in honor of her father. God bless him and his family.

“You the guy that raped those two kids?” I heard the i
nmate to the right of me ask.  “How long you get?”

I didn’t answer. I sat on the thin mattress and buried my face in my hands. Ten years. How the hell was I sup
posed to be here for one night, let alone ten years? I had held it together for almost a year while I endured a long drawn out trial. Not one tear did I shed. Grown men didn’t cry. I couldn’t remember the last time I had cried. It had to have been when I was a little boy. Never as an adult. I cried that night. I buried my face in the bend of my arm and silently cried.

I did my best to keep to myself. You learn pretty quickly how
to survive when you’re thrown into an environment like this. Anger and fear became my only feelings. I tried to stay focused and steer clear of dangerous situations. Knowing from observation the way you’d be put back inline if you stepped out, I kept my nose clean, never making eye contact. Unless, of course, it was one of the guards or Warden Randy Potts.

Potts was
quite a leader. The one and only time I spoke to him, I took a billy club to the backs of my knees. I didn’t need to be broken down to know who was in charge. That one painful drop to the floor did it for me. I did as I was told, even when I thought it to be unfair. I listened without speaking until I was told to do so, and I became the obedient little prisoner. The ideal inmate.

I went three consecutive years w
ithout one mishap. Not until Shank was transferred from a psych ward in a maximum security state prison, that is. I was lucky enough to be graced with his presence.

I didn’t know what this guy’s beef was with me, but he screwed with me every chance he got, tripping me in the cafeteria, dumping my tray on the floor, knocking books out of my hand, anything he could do to
get to me. Had I known the guy, I would have said he had a personal vendetta and was out to get me. Thing was, I didn’t know anyone in prison. I’d never come close to a place like this.

“What’s the matter
, pretty boy? Can’t handle somebody your own size?”

I knew what he was getting at.
News traveled fast. I was known as the teacher who raped his two female students. I still didn’t get why he was up my ass all the time. Other than I didn’t really look like most of the guys here. Not that I am bragging, but I was a nice looking man. I used my recreation time working out or playing basketball on the court. I had always been physically active, which in turn, showed in my fit physique.

I
stopped doing that, too, when Shank showed up. I never understood how I’d been there for three years without a friend, and he shows up out of the blue with a mass of groupies following him, or whatever the hell you call the gangs behind the razorblades. I never cared enough to learn about the gang slang. I stayed as far away from it as possible, staying in close proximity of the guards.

The newbies coming in were sized up. You could almost bet they were going to fall into one of three categories. Either they would join a gang, easily be taken for granted and robbed of every possession they had, or be punked. I did learn the meaning behind that argot word. I wasn’t about to be forced to be anyone’s sexual
plaything. Punk. That just so happens to be the one I inherited from Shank. He wanted me.

I stayed as far away from him and his boys
as I could, staying on the other side of the courtyard, cafeteria, and showers. I came in a virgin, I was leaving a virgin. On the nights that I needed satisfaction, I took care of it with my right hand, thinking about her. The thought of shoving my cock inside her was always enough to bring immediate pleasure.

The first time I witnessed one of the assaults
was before Shank showed up there. I was in the shower room. I ran, promising to stay in the first open shower. It wasn’t hard to be thrown behind a wall and held down by gang members while a leader had their way with you. Sure, I was offered protection when other gangs witnessed what I was dealing with from this guy, but I didn’t want it. I thought it would make me look weak. I wasn’t about to be brought to this guy’s level. Not on my life. I wouldn’t be bullied.

I did just that, holding my own when I was made to leave my cell. Had it been up to me, I would have stayed right there in my safe little bo
x. Away from Shank and the rest of the monsters I was forced to share an address with. I would have called a guy a pussy for being like I was. I was a strong, authoritative figure on the outside. I was a pussy on the inside. Pretty Boy James. That was my name. No matter how hard I tried to not look pretty, I couldn’t change my looks or my body.

I didn’t see them come in. I was rinsing soap from my hair when a hand cupped my balls, digging fingers into
my sack. I couldn’t even scream. The pain was excruciating. The next thing I knew, I was around the corner, out of sight.

“What’s the matter
, pretty boy? You don’t like knowing how it feels?”

Shank
. Fuck. It was Shank. Between the excruciating pain from my balls being squeezed, my face being shoved into the wet block, my arm being twisted, and my hair being firmly held, I knew I was in trouble. I didn’t even fight it. I couldn’t. I didn’t know where I felt the most pain. Everything hurt. Once my head was shoved to the misty, concrete floor, I was done. I knew I was finished. “Give me some soap,” was the last thing I heard before I was raped by Shank first, and then three other guys.

Shank
tried to get me to suck his dick, but I didn’t care how bad it hurt. I wasn’t opening my mouth for his or nobody else’s cock. Not until I saw the shank. It was either Shank’s cock in my mouth or the shiny shank in my ass. The mere touch of the cold metal was enough to convince me to open my mouth.

No matter how much I tried to
stay clear of him. He always managed to win. I never did get the chance to fight. There were four of them and one of me. Shank always won. I was never so happy in my life when he was transferred out again. I didn’t know why. I didn’t care. I heard that he beat a guy almost to death. I assumed he was going back to the maximum security prison. Good. He could stay there.

I did ask someone after he was gone what he was doing time for.
Shank’s name was Jarod and he used to be a normal civilian, the older gentleman, Tom, explained. A loan officer at a fancy bank some place. The guy shot his wife in the head after catching her in bed with his brother or some shit, left behind a newborn baby. Poor kid, never had a chance.

That year was the worst one I had in
prison. Once Shank was gone, I focused on getting out, revenge, getting out, and revenge. Freedom and retaliation. That’s what I waited for.

The Death Skull: Relic Defender, Book 2 by Cassiel Knight
Pine Needles (Veil Realms Series) by Rush, Karli
Flight of the Dragon (The Chronicles of Dragon, Series 2, Book 5 of 10) (Tail of the Dragon) by Craig Halloran
Address to Die For by Mary Feliz
An Unsuitable Match by Sasha Cottman
Forest Mage by Robin Hobb
Even Silence Has an End by Ingrid Betancourt
Grave Phantoms by Jenn Bennett
Artful Attractions by Logsdon, S.K.
100 Days and 99 Nights by Alan Madison