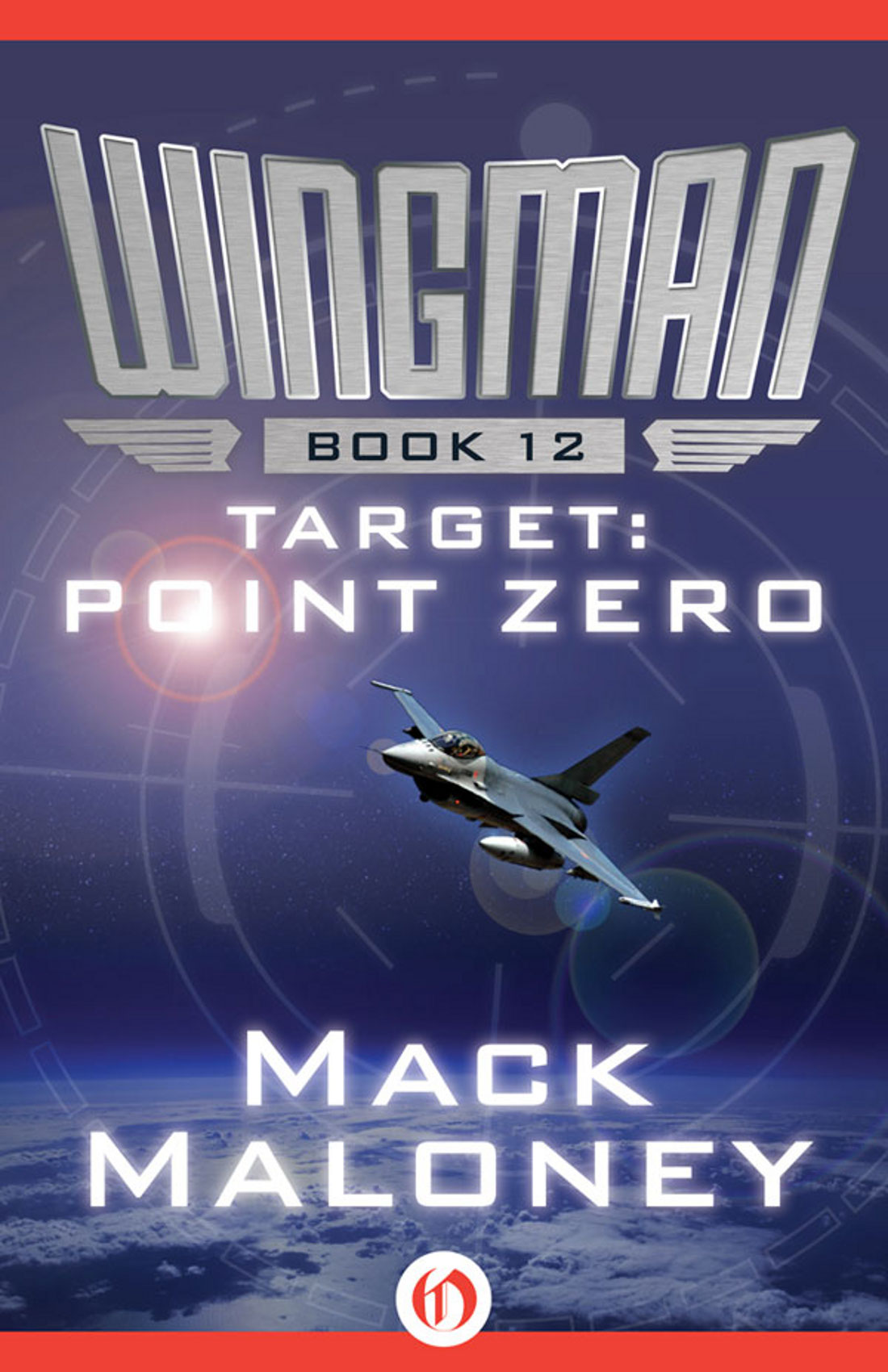 A Biography of Mack Maloney

F
IVE YEARS HAVE PASSED
since the end of the Big War.

The American continent, once fractured and steeped in anarchy, has been recivilized. A central government is now firmly in place in Washington, both coasts have been reconnected and cleanup of the country’s devastated midsection has begun. Many citizens who had fled to Free Canada in the times of trouble have now returned, re-populating the cities and the countryside.

Once again, a strong military establishment is in place to protect the liberties that had been lost and then won back at great cost.

The revival of American freedom was, for the most part, the work of a small group of modern-day patriots, professional soldiers who’d planned the campaigns, fought the wars and apprehended the criminals and terrorists responsible for so much misery in postwar America. These men, and the armed forces they still command, are known as the United Americans.

But just because America is now stable and free, this doesn’t mean the struggle is over. Major battles have been fought against America’s enemies in the Pacific and most recently in Southeast Asia, brutal campaigns which the United Americans won through a combination of strength, cunning and the knowledge that their purpose was right and just.

Once again, a new, more dangerous menace is emerging, one that threatens the renewed America more than any other in the past five years.

One which will present the United Americans with their most serious challenge yet.

Broiling hot. So hot the air was thick with scorching vapors, rising and falling across the lush, devastated tropical landscape.

It was midmorning now and the sun was its usual merciless self. Off to the west was a swift-moving, high, dark bank of clouds that stretched from one horizon to the other.

In minutes, it was overhead, obscuring the sun and turning everything dark. The first rain drops began to fall and in a heartbeat, they were coming down at a steady pace. After a half minute, the rain was a torrent. In forty-five seconds, it was like a hurricane. Within a minute, it was a full-blown monsoon.

Just like that, the heat of the morning was replaced by a deluge of hot steamy water. It was amazing to see, the best Nature could offer as proof that when things changed in this haunted part of the world, they usually did so very quickly.

On the main runway of the air base, the wreck of an airplane was still burning, some forty-eight hours after it had crashed. The monsoon rains would soon put an end to that—even now the plane’s hot metal was sizzling in the growing storm. Clouds of steam were rising above the burned and battered airplane, too. Like a dying breath, they ascended only a few hundred feet before fading away completely.

The airplane was a C-5—or it had been at one time. Still visible on its skeletal front section were the remains of the twenty-foot-high shark’s mouth, the signature nose art of the special operations group which had called the airplane home for the past month. Only this snout had remained intact in the crash and had remained unburned in the time since. This, too, was a sign from the ethers—a cosmic tweak that sometimes good does endure, if only in repose.

In the large building at the opposite end of the five thousand, four hundred foot runway, twenty-four men were sitting around a huge table. Their names were familiar to those privy to the United American command structure: Toomey, Wa, Crunch, Kurjan, Geraci. They were ignoring the tempest which had appeared so suddenly outside. This storm, as violent as it might be, was a daily occurrence in Da Nang. The monsoon arrived with such regularity, you would set your watch to it. Still, the men inside the building had ceased to be impressed by it long ago. They had other things on their minds.

Six of the two dozen people sitting around the table were heavily bandaged, sporting broken arms, legs, and fingers, along with many bruises, cuts, and minor burns. But they were all alive—and that was the most important thing. They, and twenty-two other men, had been inside the big JAWS C-5 when it crashed at Da Nang. It had been a spectacular wreck, all fire and smoke and dust, but in the end every man aboard the big airplane had made it out alive. That shark-toothed mouth on the wreck of their airplane wasn’t smiling for nothing.

The six men were Captain Jim Cook, his staff officers Warren Maas, Mark Snyder, Sean Higgens, Clancy Miller and Jack Norton, the top echelon of the JAWS group. Formerly of upstate New York, the JAWS team had evolved from a local police force into a crack special ops outfit which specialized in everything from mountain warfare to fighting in the desert. Battered and bruised as they were, this was a happy occasion. No one else in the room believed they’d ever see these men again. But they were here, alive, and with an astonishing tale to tell.

They had been part of the first legion of C-5s dispatched to Vietnam at the height of the emergency in Southeast Asia. Of all the first group of planes sent, the JAWS crew were the only ones who didn’t make it. Everyone feared they’d gone down in the South China Sea, either at the hands of enemy fighters or the harsh elements. They had been intercepted about forty miles off the coast, in the middle of a monsoon, by two fighter jets, who escorted them to a small island one hundred twenty miles away. It was only by cool piloting and massive energy conservation that the JAWS C-5 made the trip at all—its tanks were dry when it finally touched down on the island. As it turned out, the two interceptors had done them a favor. There had been a pack of MiG-25 jets hiding in the storm, just waiting to pick off stragglers in the United Americans’ C-5 fleet. The JAWS plane would have certainly fallen to them had the two mystery airplanes not shown up when they did.

But who were these benefactors? Crawling out of their empty plane that day, the JAWS team soon learned the people who ran the base on the secret island were a collection of mercenaries, tech people and strategists, all loyal to a command staff of British RAF pilots, known informally as the Tommies.

The Tommies were in Southeast Asia for the same reason the American C-5s were: to help the South Vietnamese fight off the threat of the enemy of the north, the quasi-communistic enterprise, known as CAPCOM. While literally thousands of mercenaries had helped the South Vietnamese recently prevail over the brutal CAPCOM, the Tommies and their small legion had been working behind the scenes, attacking CAPCOM ships in transit, intercepting and destroying CAPCOM aircraft and running naval covert actions.

They were a highly secret unit and they had to stay that way to be effective. This meant that, although JAWS had been saved from a certain doom, they had to stay put, on the secret island, and remain
incommunicato
until the war on the Vietnamese mainland played out.

Only when they heard that CAPCOM had lost the last key battle—more to their operations going bankrupt, than the outcome on the field—did JAWS attempt to rejoin the American Expeditionary Force. A nasty encounter with two rogue MiG-25s on the way back had resulted in a very shot-up C-5, thus the spectacular crash landing at Da Nang. But payback was a bitch—both MiGs fell to the guns sprouting out of the gigantic JAWS gunship before either fighter could deliver a killing blow.

So now JAWS was back—and the American Expeditionary Force was whole again. But they had brought with them word of an even-larger threat to the region, one that made the brutal shenanigans of CAPCOM pale by comparison. That’s why this meeting was called. The battered and burned JAWS team was briefing the United American command staff on what they’d discovered while everyone else was out fighting the Second Vietnam War.

Captain Cook, the overall leader of JAWS, displayed a series of high-altitude recon pictures. The photos were all of an island located some five hundred sixty miles southeast of Tommy Island, one of the Paracel Islands. The island in the photos bore the unlikely name of “Lolita.” Probably a bastardization of the name Loaita Island, this speck was located about five hundred miles west of the Philippines, almost equidistant between the Filipino city of Balabac and the Vietnamese coast. The photos had all been taken at weeklong intervals over the past six weeks.

Cook held up the first shot. It showed the twenty-square-mile Lolita Island from a height of forty thousand feet. It looked like a postal stamp surrounded by water. It was as close to being nowhere as one could get.

“As you can see, in this first photo we have a flat piece of rock,” Cook explained. “Barren. No trees. No vegetation. No people.”

He held the second photo.

The photo was passed around. In the exact middle of the square island, a dark shape had begun to form.

“Same place, a week later,” Cook said, distributing a third photo. This one showed the dark spot had grown bigger.

“Here’s four and five,” Cook continued, holding up two photos which showed the dark spot now expanded to nearly half the island. “And six and seven…”

These last two showed the island nearly covered by the shadowy spot. Everyone agreed that it looked like vegetation had filled in the island’s formerly bare terrain—but had done so in an incredibly short amount of time.

“According to the Tommies, that island hasn’t sprouted vegetation in thousands of years,” Cook explained. “Yet now, in less than two months, it’s suddenly a jungle.”

It was a rather tantalizing mystery—but then Cook revealed an even more, sinister angle.

“The Tommies have noticed some Asian Cult activity in the region lately, too,” he said, his voice raspy with anger.

This news did not surprise anyone around the table.

The Asian Mercenary Cult was the Number One troublemaker in the Pacific Rim. Sailing a fleet of some three dozen battleships, they’d been terrorizing the helpless people of the islands stretching from Japan, their home base, all the way to Indonesia and beyond. The Cult had been major supporters of CAPCOM in this latest Indochina war—until CAPCOM began losing, that is.

“The Tommies know that if the Cult is involved in this, no matter how minor their role,” Cook explained, “then something foul is afoot.”

There was a round of grim agreement from those gathered.

“So what do the Tommies want from us?” Ben Wa, one of the top United American officers asked.

Cook just shrugged. “Well, they’re a small outfit,” he told them. “And the trouble is, they don’t have the projection needed to check out what’s going on on that island. They’ve got a couple Tornado jets and a converted destroyer. But their airplanes can’t land there—and if the destroyer is spotted anywhere near Lolita, their cover will be blown. That would be disastrous. Their whole reason for being is their secrecy.”

There was a wave of troubled looks around the table.

“So they want us to do it for them?” Ben Wa asked.

Cook nodded gravely. “If not us, who?”