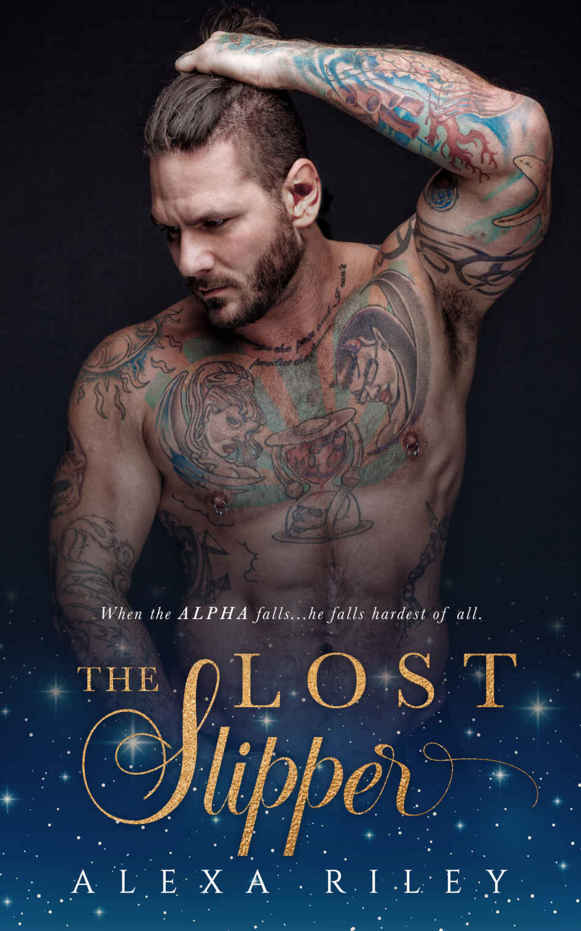 GET YOUR SHIFT TOGETHER

T
he first time
Stone saw Winnie, she was alone in the woods with no memory of where she came from.

With one look, he knew something was different. When she finally came of age and her mating heat kicked in, he realized that she had always been the one.

Sent to live with a strange family, Winnie was forced to deal with the hateful treatment of her stepmother and stepsisters.

Mating the alpha changed that.

But when her past comes back to find her, will the heat last after the clock strikes midnight?

W
arning
: This shifter fairy tale is meant to be enjoyed by only those who love this kind of adorable stuff. Think you've got what it takes? Then come on in! (

No part of this publication may be reproduced, distributed or transmitted in any form or by any means, including photocopying, recording, or other electronic or mechanical methods, without the prior written permission of the publisher, except in the case of brief quotations embodied in critical reviews and certain other noncommercial uses permitted by copyright law. For permission requests, email to [email protected]

“
P
lease don’t leave
me here.” My voice cracks at the plea. I hate this. I hate all of it. I stare up at the alpha of the Gray Ridge pack, not wanting to part with him. One would think I’d want to get away from him as fast as possible. Everything about him screams strength and power. I’ve noticed no one even really makes eye contact with him, but I do. I stare up at him, pleading with my eyes. I feel safe with him. It’s almost funny because he’s easily a foot-and-a-half taller than me. Maybe more.

Stone’s an alpha in every sense of the word. I knew it from the moment he picked me up in his arms. I could feel it almost bleeding off him. He was attractive, but not what I would call handsome by any stretch. His dark-brown hair is shaved at the sides, with the top a little bit longer. He always grips it when he gets a little bit agitated with me. Which seems to be a lot since I started following him around like a lost cub. Which I am.

Even at night, when everyone would go to bed, I’d sneak into his room and crawl into bed with him. Maybe that’s why he’s making me leave. Who wants a lost little cub following them around everywhere they go? He’s all I know, but that’s not saying much since I can only remember the last seven days of my life. He’s my world at this point. He and Gwen are all I know, and I don’t want to let that go.

His big hand cups my chin, and I lean into it, trying to inhale his scent. It’s now become the scent I think of when I think of home, and he’s trying to take it from me. His thumb brushes my cheek, and something flashes in his dark-blue eyes before he drops his hand away liked I burned him. I want to reach out and put it back, but I don’t.

When I was first found in the woods, they brought me to him, and he held me for days. Lay on the floor with me in his home, petting me, trying to get me to shift out of bear form. I couldn’t do it. I didn’t know how. I didn’t know anything except my first name. I still don’t know much. I seem to remember everything except my previous life. I know how everything works, and I can read and write, but my life just isn’t there.

Even the first few days after being found in the woods is still hazy in my mind. Just like the rest of my life, but no one has come for me. No one has come forward to claim me as theirs. I was abandoned and unwanted, it seems. And now it’s happening again. In seven days I’ve been cast out twice. Okay, maybe Stone isn’t casting me out as much as placing me in a new home, but it feels like it. He’s found me a permanent place among a family in his pack, but it feels as if I’m being thrown away.

“This is what’s best. Trust me,” Stone finally says. I want to believe him. Trust him. I turn my head to look at the place that’s to be my home now. A man and a woman stand on the porch with two blonde girls who look to be about my age. Well, what I’m guessing is my age. They look like they’ve been plucked right out of a magazine. Stone said it was a nice family. They have two daughters, and I will like it here.

I hear Gwen, Stone’s sister, let out an unhappy huff from behind him. She doesn’t want me to leave either. She and Stone have been fighting for the past two days about it. I hate that they were fighting about me. Maybe that was another reason he wanted me gone. She wanted me to stay with them, but Stone said it just wasn’t possible. I think it’s a lie. He’s the alpha; he could make it so. He just doesn’t want me to.

Even knowing it’s a lie, I try again, not caring how pathetic it is. “Please don’t make me go. I promise I’ll be better.” My voice drops a little before whispering the rest, even knowing everyone will hear it anyways. They’re all wolves, they hear everything. “I won’t sneak into your room anymore. I’ll stay in mine. Please don’t make me go.” I feel the tears hit my cheeks.

Oddly, this is the first time I’ve cried. Even when I finally shifted out of bear form, I didn’t cry, and it felt like my whole body was on fire. Somehow this hurts more. How I’ve become so attached to him so fast, I don’t know. But I am. The thought of leaving him steals the breath from my lungs.

A low growl leaves his chest, and I can hear everyone take a step back, but I don’t. No. I step closer. I like the sound. It seems to scare everyone else, but it makes me feel safe. Even if the growl is directed at me. I want to lay my head on his chest and hear where the growl emanates from.

Stone takes a step back from me, then another.

He’s going to do it. He’s leaving me here.

“I’ll come back tomorrow to check on you, Winnie.” Then he turns, making his way back to his truck. Gwen steps in front of me, pulling me into her arms and whispering in my ear. “You have the phone. You can call me anytime. I’ll come tomorrow to see you, too. I’ll make sure you’re settling in okay.” She pulls back, looking down at me with the same blue eyes as Stone. Like everyone around here, she’s way taller than me. I guess bears just aren’t tall, or maybe it’s just me.

“We’ll find your family.” She tries to reassure me, but it’s not reassuring.

I’m a bear shifter, which I’ve been told is rare. Not only that, but I’m a female and there aren’t many female bear shifters left. Stone told me we would find my family fast, being as I’m so rare, but that has yet to be seen. I don’t feel rare or special. All I feel is unwanted.

She fully releases me, following Stone and getting into the truck. I watch them pull away, and I can’t bring myself to move until I feel a warm hand on my shoulder. I look up at the woman, who looks to be in her thirties. Her blonde hair matches the younger girls’, who I’m guessing are her daughters. It’s hard to tell with shifters.

“Come inside, dear. I’ll show you to your room.”

“She smells like a bear,” one of the girls says. Her face scrunches up like she’s smelling something terrible.

“I’m not sharing a room with it,” the other girl says, making an equally grossed-out face.

“You’ll do what you’re told. The alpha said we’re to take care of her and that’s what we’ll do,” the father finally says. The woman’s hold on me tightens at his words, her nails digging in a little. She’s clearly not happy with the alpha’s orders.

“Come inside.” This time her tone is annoyed as she starts to pull me towards the house. I want to yank from her hold, but I don’t. What choice do I really have? When we pass the two girls on the porch, they both give me a look that could kill. Gone are the nice girls who were making sweet doe eyes at the alpha when he was standing there.

When I get inside, I’m pulled up two flights of stairs until we reach the attic. Then the woman finally releases me, unlocking the door and showing me the space. The room is a mess, a bed in the center of the chaos.

“You’ll need to get this cleared up and habitable. I’m sure the alpha will want to see it when he comes back here tomorrow. Make sure it’s done right.” She turns and makes her way down the stairs. “Dinner’s at seven. Most of this better be done by then, or you won't be eating,” she calls as she descends. “…Not that you need it,” she adds in a murmur.

I sit down on the bed and look around the attic. I feel more alone now than when I was running through the woods without any memory of anything. At least then I didn’t have anyone to miss.