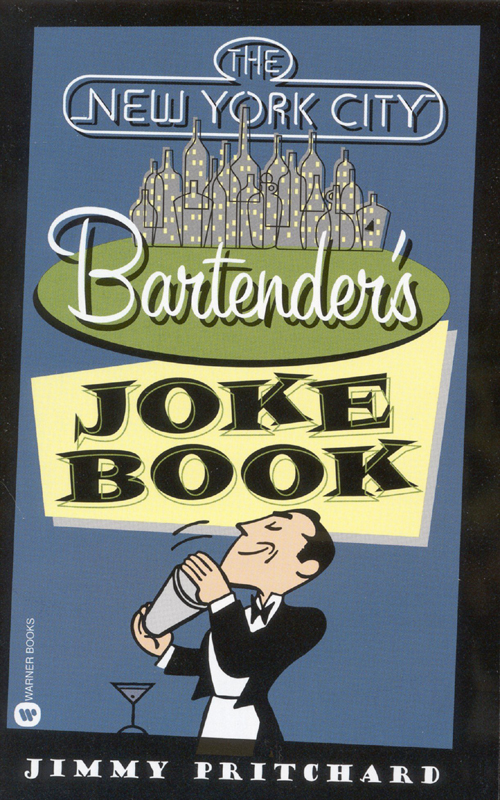 The Only Book
That Tells You…

The Only Book That Tells You…

To my Father and Mother,
Jim and Mimi Pritchard, who gave me sunshine
and good humor.

To my wife Lisa, who laughs with me and at me
and soothes life’s shocks.

And
The late William McGlynn

I
would like to thank Betsy Mitchell at Warner Books, who took the ball and handed off to Jaime Levine, who loves jokes and
ran for a touchdown.

I would like to thank my sister Linda, who finally “gets” my jokes, my little sister Jennifer, who always laughs at my jokes
and my brother Shawn, who always tries to “one-up” me. Thanks kids!

Total thanks to my sons: Matthew, who has my knack for telling stories, and Michael, who has a knack for shortening the stories!

Thanks to Michael C. Hutchinson, who always, without fail, makes me laugh, Harry and Betsy Stout, Tim and Kathleen Remy, Frank
and Jane Tourigney, Gregg and Shelly Garner, Larry Aschenbrenner, Eric Aschenbrenner, Joe Safron, Erinn and Kevin
Gibbons, Stephanie Pritchard and Takako Pritchard, without all of whom I wouldn’t have anyone to try out my jokes on.